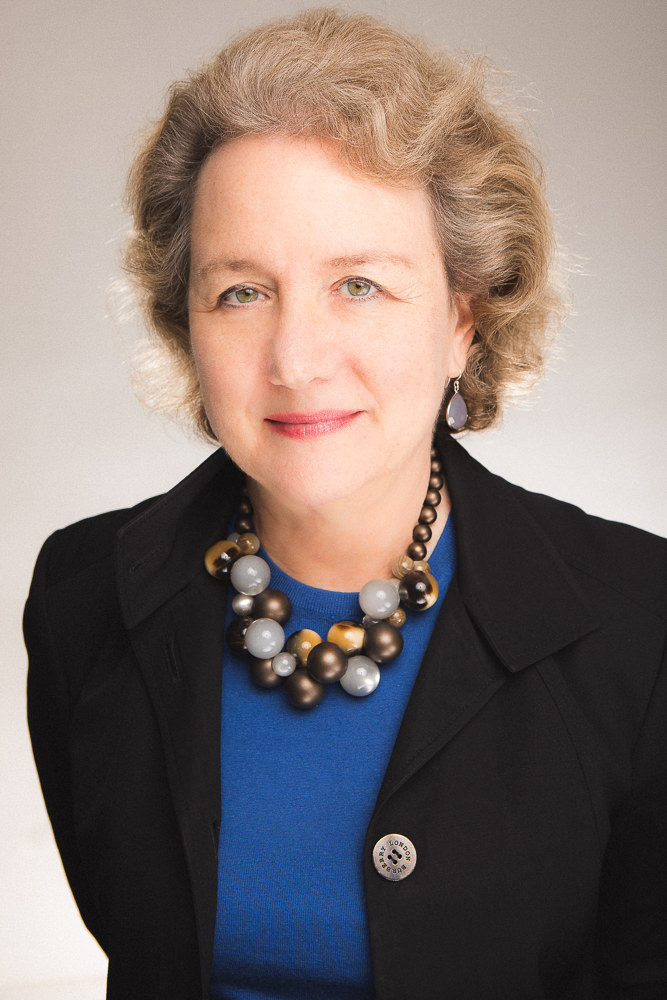 11
Elizabeth Glassman
President and CEO, Terra Foundation
With a collection based in Chicago and France and an international funding mission, the Terra Foundation is unrivaled in showcasing American artistic excellence to the world. The Terra offers a range of grants and fellowships for scholarship and practice, as well as study opportunities with its collections. For more than fifteen years, the Terra has run a summer residency for artists and scholars in the French countryside village of Giverny. Beginning last year, the Terra embarked on publishing a five-volume collection of essays on the fundamental concepts that have shaped 300 years of American art. After fifteen years of leading the organization through change and growth, Glassman was awarded the French Medal of Honor and was named the Officier dans I’Ordre des Arts et des Lettres, France’s highest honor in the arts. Next year, Glassman will lead the Terra’s “Art Design Chicago” initiative, a program of more than twenty-five exhibitions, several publications and hundreds of public programs throughout the city. 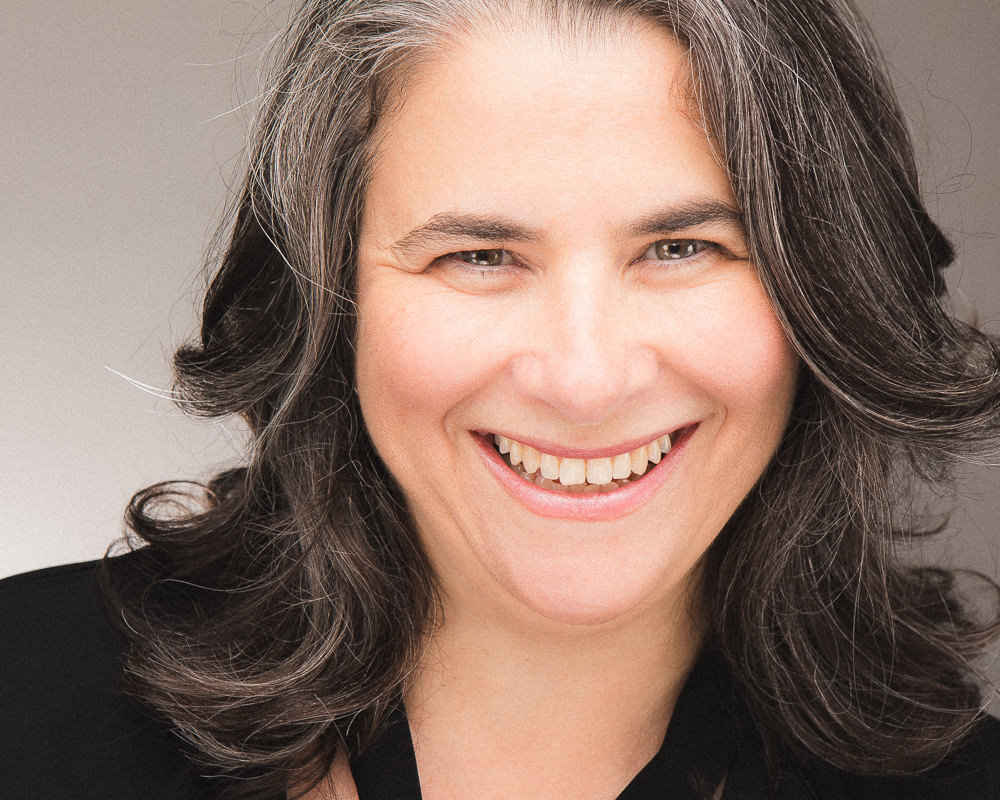 12
Janine Mileaf
Executive Director, Arts Club of Chicago
How do you lead a historic organization from its first century of avant-garde glory into a second? Janine Mileaf, heading the Arts Club of Chicago for five years, has managed the seemingly impossible by drawing out the venerable institution from its decades of insular elitism into a place more welcoming without sacrificing the quality of the exhibitions and events. An outdoor sculpture project showcasing Chicago artists, including Erik Peterson, Edra Soto and Amanda Williams, now greets passersby in its Streeterville home. A classy new bar, hosting rotating installations of contemporary work, is still members-only, but we’re hoping they’ll let the rest of us in one day.

13
Kavi Gupta
Owner and Director, Kavi Gupta Gallery
If only Chicago had more gallerists like Kavi Gupta—willing and able to expend the resources required for his artists to realize elaborate, ambitious projects. Gupta’s galleries in Chicago and, formerly, Berlin, have helped immensely in keeping Chicago on the international map. Let us not forget that he represented Theaster Gates at the start of his meteoric rise. These days, his artists are in documenta 14 (Irena Haiduk), the fifty-seventh Venice Biennale (McArthur Binion), and Tate Modern (Gerald Williams), to name but a few hot spots. His spaces in the West Loop continue to impress with their immaculate presentation of high-class work.

14
Solveig Øvstebø
Executive Director and Chief Curator, The Renaissance Society
Solveig Øvstebø arrived in Chicago in 2013 and continues to bring the international art vanguard to Chicago from around the globe. Øvstebø works closely with artists to develop a thorough context around each exhibition, with programs ranging from poetry readings and performances to music, screenings and lectures. The Renaissance Society’s reputation for intensive production and noteworthy publications is evident. To celebrate its centennial in 2015, Øvstebø oversaw the space shedding its iconic grid scaffolding, but the space remains an architectural challenge to artists. Øvstebø has embraced the Ren’s longstanding reputation for encouraging artists to take risks with new work that is unencumbered by constraints of a capricious commercial art market. Upcoming solo exhibitions include Jennifer Packer, Alejandro Cesarco and Richard Rezac. 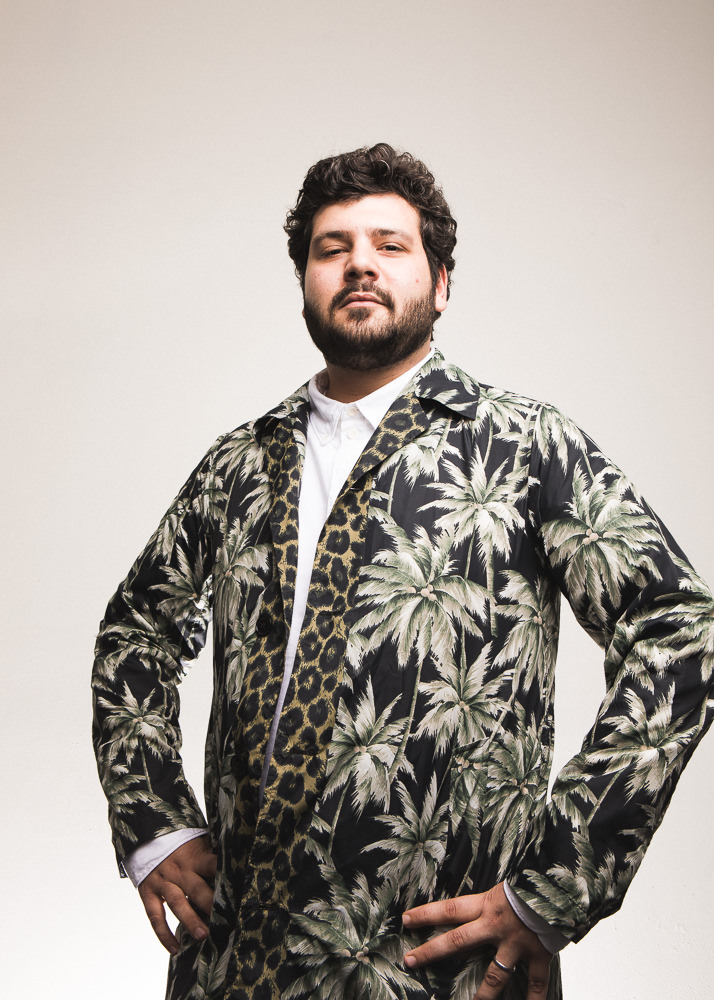 15
Omar Kholeif
Senior Curator and Director of Global Initiatives, Museum of Contemporary Art Chicago
Only two years into the job, Omar Kholeif has already landed a major survey of Egyptian artist Basim Magdy and a collection show, “Eternal Youth,” on the peaks and pitfalls of being and wanting to be young. This fall, he will open the first survey of work by Michael Rakowitz, an Iraqi-American and long-time Chicagoan with a major international profile. With a survey of Nigeria’s Otobong Nkanga on the books and a global survey of the art and revolution of the Middle East and South Asia in planning stages, it’s no wonder Kholeif was recently named director of global initiatives, a position he will maintain alongside his hefty curatorial role. 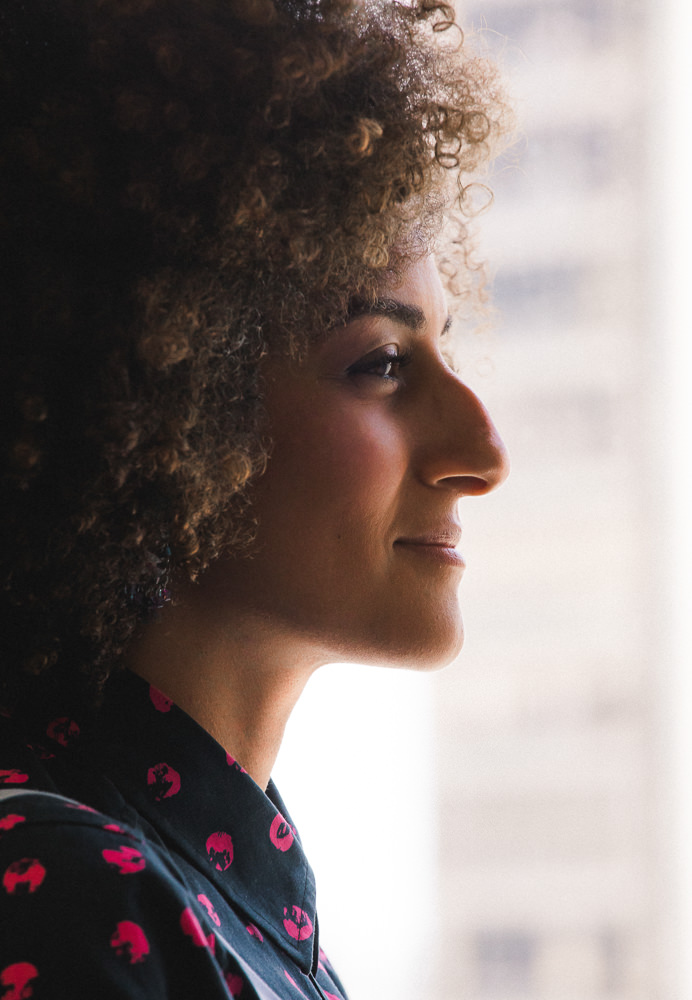 16
Deana Haggag
President and CEO, United States Artists
Leading United States Artists, a major giver of unrestricted grants to artists nationwide, into its second decade, Deana Haggag runs a compact organization with a major footprint, giving out up to two-and-a-half million dollars directly to artists each year. See Newcity’s interview with this Art Leader of the Moment for a conversation on the evolving territory of arts philanthropy. 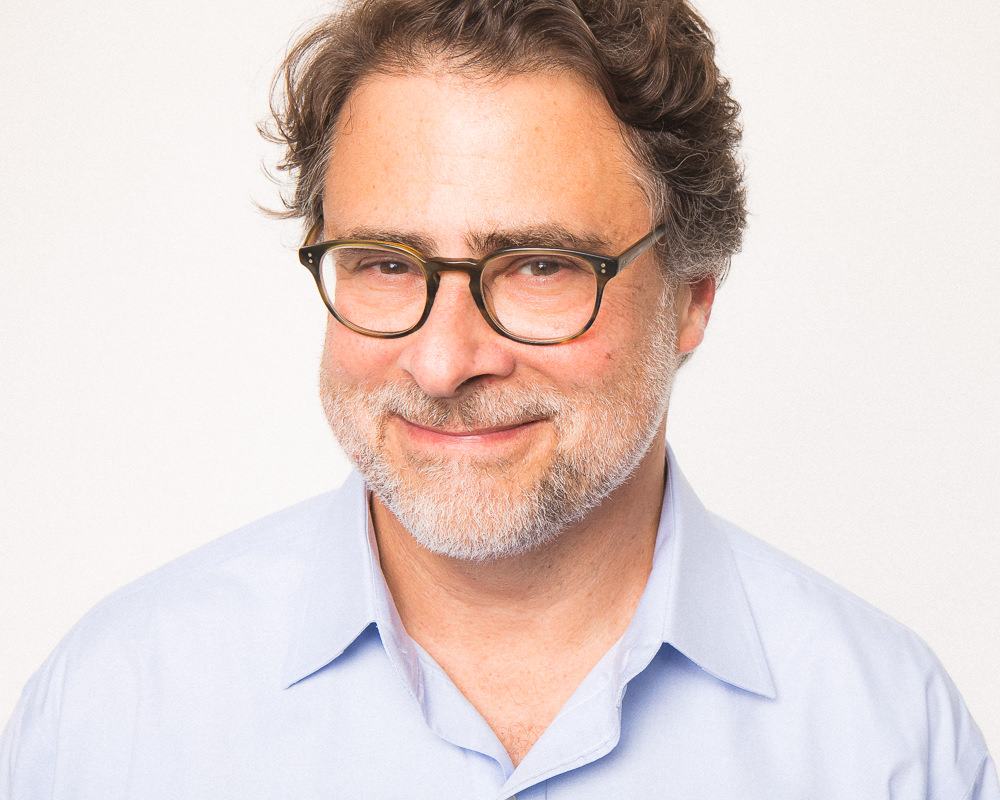 17
Daniel Schulman
Director of Visual Art, Chicago Department of Cultural Affairs and Special Events
The Chicago Cultural Center has been alive with contemporary art for as long as Daniel Schulman has had his way there. After years at the Art Institute and elsewhere, Schulman found a home at the city’s flagship cultural institution, focusing the efforts of the multi-gallery space on a mix of emerging Chicago artists and historically important work. Major triumphs include landing the 2015 Archibald Motley retrospective, which toured to the Whitney Museum in New York, as well as exhibiting Eugene Eda’s painted doors for the now-demolished Malcolm X College. 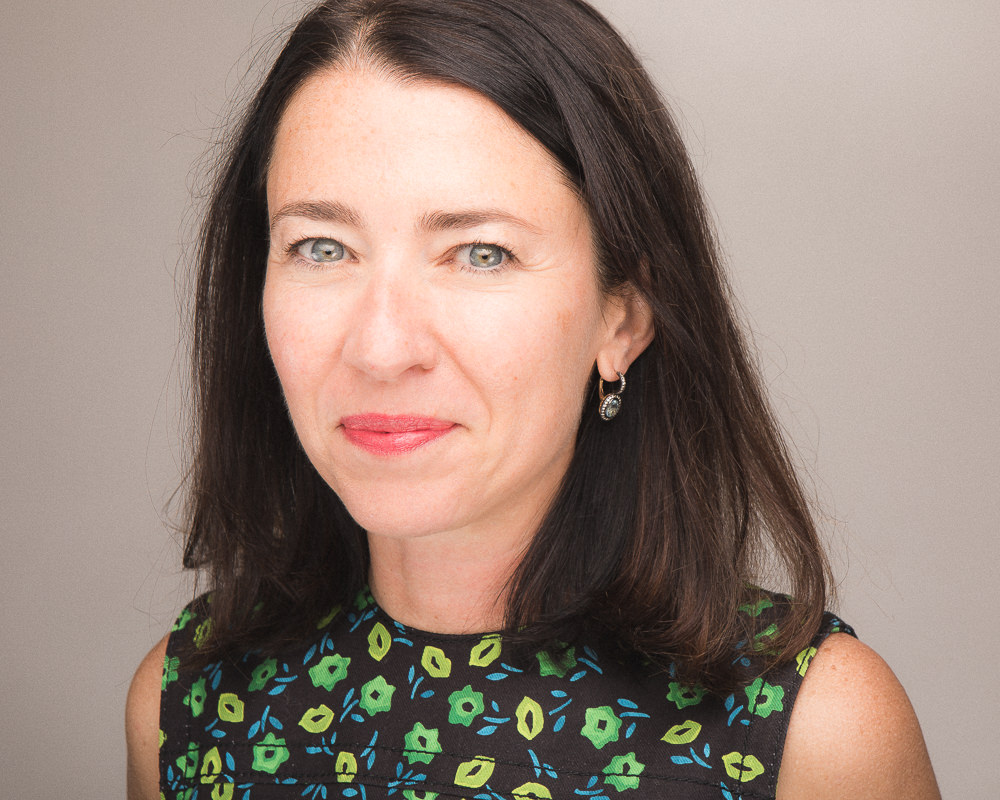 18
Paul Gray and Valerie Carberry
Partners, Richard Gray Gallery
Since their merger-acquisition in 2015, Gray and Carberry have de facto dominated Chicago’s art market for European and American modern masters. At the same time, the new Gray Gallery manages to show some of Chicago’s best—Theaster Gates has shown with Gray, and Rashid Johnson and Bethany Collins are both represented by the gallery. In all, the Gray roster and stable is an eclectic, impressive bunch united by formal excellence. Their new space, a massive post-industrial warehouse on Chicago’s West Side, is a far cry from their high-rise Hancock suites, but if anything it shows that Gray and Carberry will stop at nothing to stay on top. 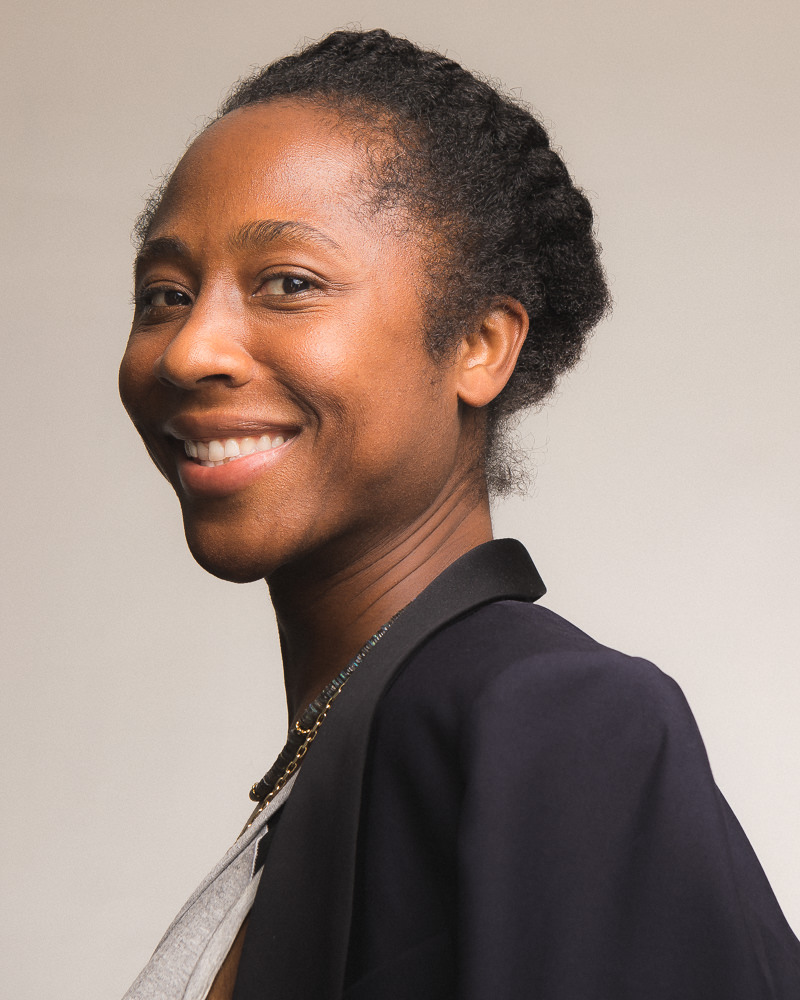 19
Naomi Beckwith
Curator, Museum of Contemporary Art Chicago
Here we have a homegrown star. Beckwith has been back in Chicago for a minute, but it seems like she never left us. Since returning home in 2011, she’s curated significant shows at the MCA, including “The Freedom Principle” of 2015 and last year’s solo show of The Propeller Group, an American and Vietnamese artist collaborative. Beckwith was awarded VIA Art Fund’s inaugural curatorial fellowship grant this year and will serve as the chair of New York’s Armory Show’s inaugural curatorial summit in 2018.

20
Jacqueline Terrassa
Chair for Learning and Public Engagement, Art Institute of Chicago
As museums everywhere reconsider their educational missions in light of the rapid advance of technologies and the diversification and expansion of the artistic canon, Jacqueline Terrassa takes charge of a department in great need of change. Coming most recently from the Metropolitan Museum in New York, Terrassa nonetheless has deep Chicago roots, with years of experience at the Museum of Contemporary Art, the Smart Museum and the Hyde Park Art Center. The endowed position at the Art Institute will afford her a wide capacity to redevelop the education program at a moment when the winds of change could thrust her work to the forefront of an evolving field.