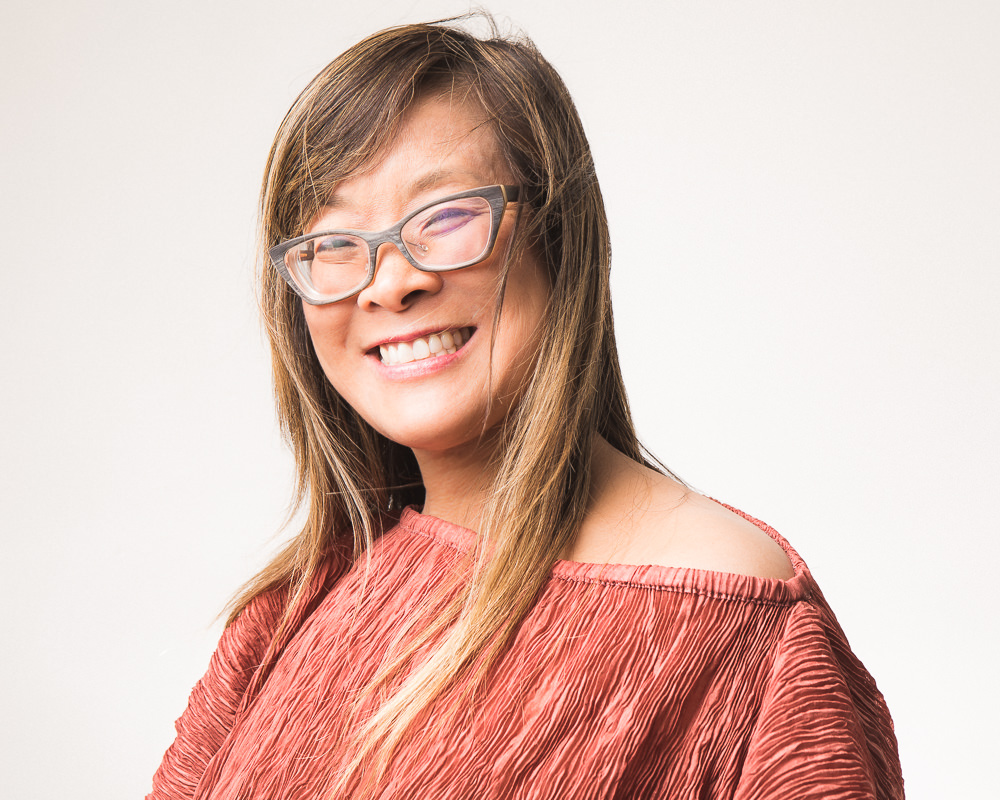 21
Lisa Yun Lee
Director, School of Art & Art History, University of Illinois at Chicago
Since becoming Director of UIC’s School of Art and Art History in 2012, Lee has continued her mission of cultivating artistic practices that aim to transform society. She helped convene “Field Trip / Field Notes / Field Guide,” a consortium of fellows from UIC, the University of Chicago and the School of the Art Institute of Chicago, which intends to make Chicago an attractive city for creative young people. Lee has said that the consortium, now in its second year, aims to “incentivize artists and people in the creative economy to stay in Chicago instead of going to Los Angeles or New York.” Lee also helped curate this year’s Open Engagement conference in Chicago, which brought together artists and cultural workers to discuss social practice in art.

22
Mary Jane Jacob
Executive Director, Exhibitions and Exhibition Studies, Director, Institute for Curatorial Research and Practice, School of the Art Institute of Chicago
Defining the avant-garde of curatorial practice for an entire generation, Mary Jane Jacob’s profound impact on the field may never be fully appreciated. Since her earlier successes with Places With a Past (1991) and Culture in Action (1993), Jacob has moved into the institution to instruct new generations of curators at the School of the Art Institute of Chicago, where she directs the exhibitions programs and exhibitions studies. Last year, Jane Jacob established the Institute for Curatorial Research and Practice at the school, broadening the scope of her work to collaborate with curators from around the world to produce new research and methods on the craft. 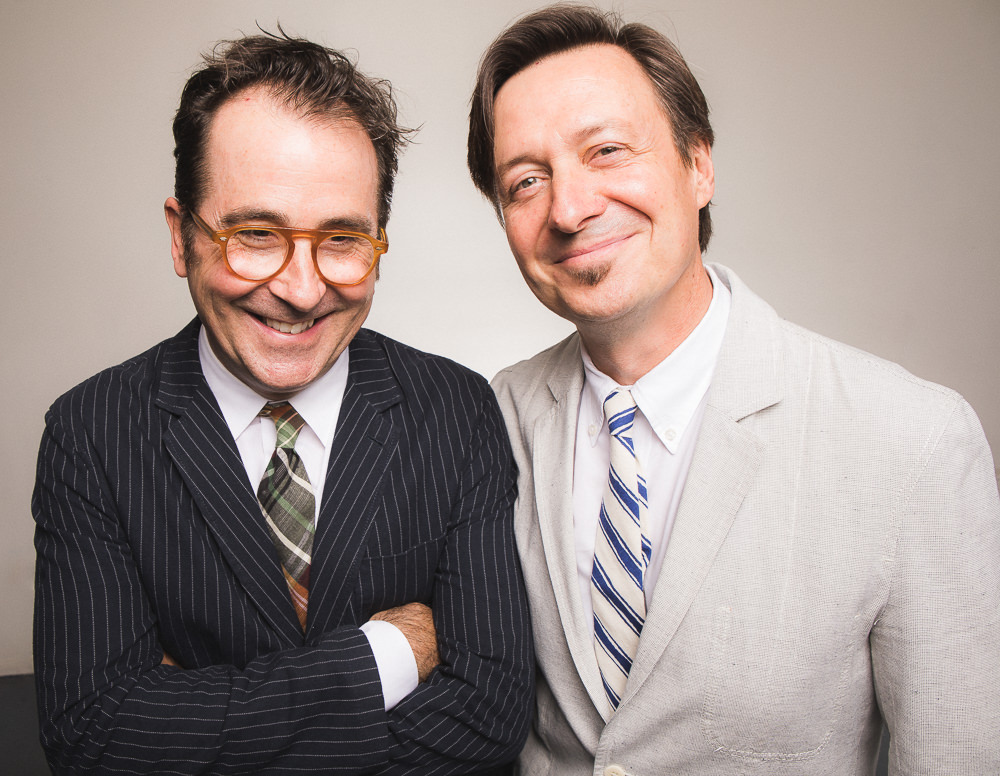 23
John Corbett and Jim Dempsey
Founders, Corbett vs. Dempsey
Thirteen years is a long time to keep a gallery going in Chicago. It helps that both John Corbett and Jim Dempsey had been deeply steeped in the city’s music, film and art scenes for decades before opening their eponymous space above the Dusty Groove record shop. Their roster of artists speaks to the eclectic expertise of the dueling duo—Margot Bergman, Cauleen Smith and Joyce Pensato have little in common besides brilliance. At the same time, the pair has kept alive an important earlier generation of Chicago’s greats, representing Barbara Rossi, Christina Ramberg and Karl Wirsum too.

24
Matthew Witkovsky
Curator and Chair, Department of Photography, The Art Institute of Chicago
At an institution that increasingly emphasizes its modern and contemporary program over medium- or geographic-specific collections, photography might seem a passé pursuit. Witkovsky has proved otherwise, securing a significant first-floor gallery in the newish Modern Wing in addition to the drab, carpet-walled basement galleries where the rest of the department’s exhibitions hang. Last year’s blockbuster Moholy-Nagy retrospective, co-curated by Witkovsky, traveled to the Guggenheim and the Los Angeles County Museum of Art. Less spectacular but certainly more experimental, the department’s recent exhibitions of the Japanese photography magazine “Provoke” and their recreation of Takuma Nakahira’s seventh Paris Biennial installation deserve commendation. 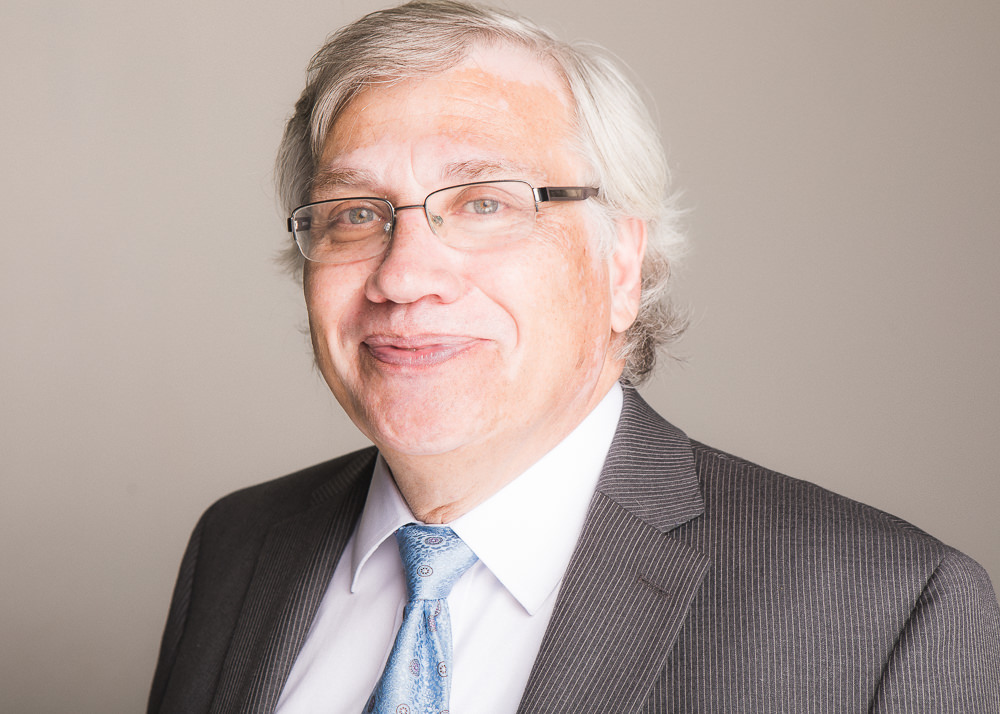 25
Carlos Tortolero
President and Founder, National Museum of Mexican Art
The National Museum of Mexican Art found its permanent home in Pilsen thirty years ago. To celebrate the three decades and 220 exhibitions, Tortolero and the museum put on “Memoria Presente: An Artistic Journey” a show of thirty artists working in and around Chicago. The roster included long established artists like Dan Ramirez alongside younger generations like Maria Gaspar and Yvette Mayorga. The museum continues to honor tradition while investing in new generations of artists of the Mexican diaspora and beyond. 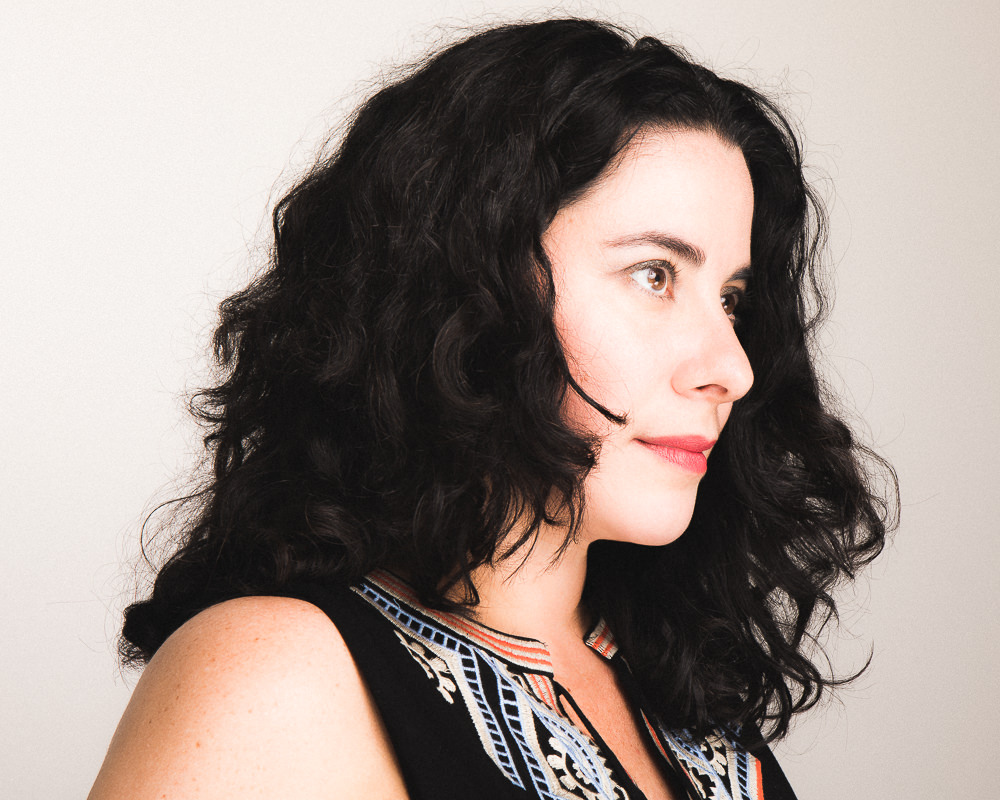 26
Julie Rodrigues Widholm
Director and Chief Curator, DePaul Art Museum
Julie Rodrigues Widholm spent more than fifteen years helping to shape Chicago’s contemporary art scene as curator at the Museum of Contemporary Art before her appointment as director of the DePaul Art Museum. Part of her mandate at the museum has been to expand the museum’s role in championing Chicago artists. To kick off the fall season, the museum will feature work and documentary photography from Chicago-born artist Senga Nengudi, including her “R.S.V.P.” sculptures that mimic the female form but are stretched, pulled and twisted out of proportion and activated by the artist through performance. In January of next year, the museum will present the first solo museum exhibition by Barbara Jones-Hogu, a Chicago-based artist and core figure of the historic Black Arts Movement and AfriCOBRA. 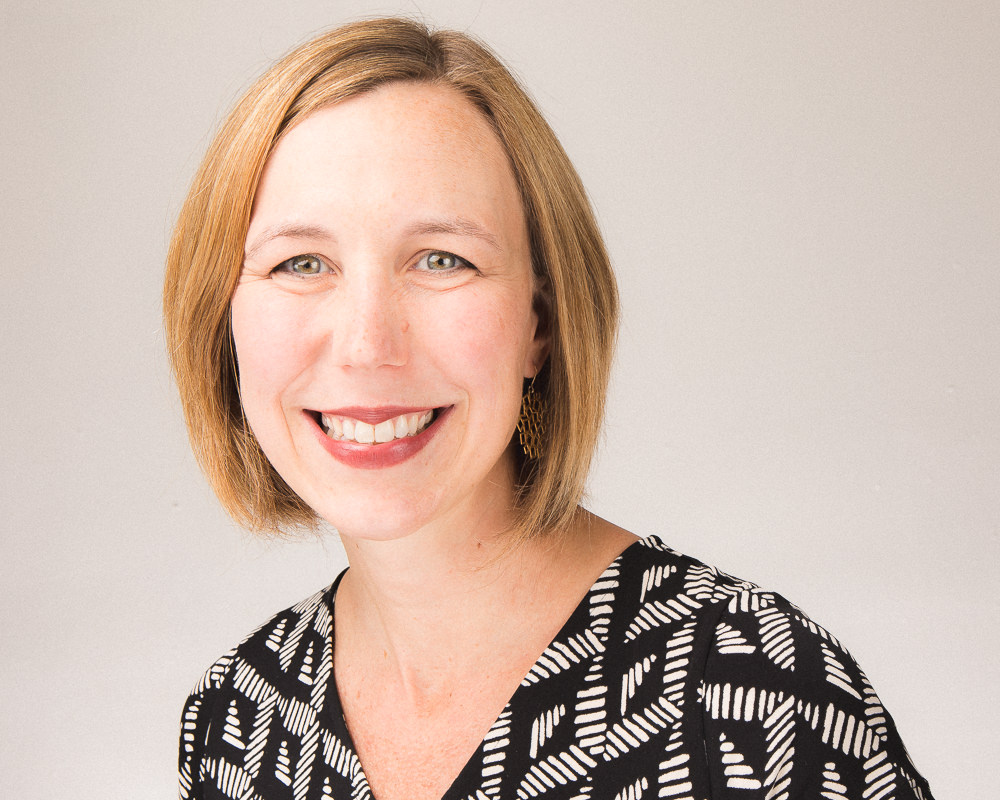 27
Kate Lorenz
Executive Director, Hyde Park Art Center
From her days as an intern to her current role at the top, Kate Lorenz has seen the Hyde Park Art Center from just about every angle through the most ambitious of its decades of growth. As a former director of development, she led their multi-million dollar campaign to renovate HPAC’s current space, and then in 2014 secured funding to convert underutilized storage space in the same building into a suite of studios for resident artists during the center’s seventy-fifth anniversary year. Programming at HPAC has expanded to include national and international partnerships while still maintaining a focus on Chicago’s artists and arts education for the city’s youth.

28
Shane Campbell
Owner, Shane Campbell Gallery
Since moving its primary space from West Town to the South Loop’s Motor Row, Shane Campbell’s eponymous gallery seems poised for continued growth. Campbell’s roster mixes Chicago’s most promising rising and recently risen—Tony Lewis, William J. O’Brien, David Leggett, Chris Bradley, etc.—with prominent Los Angeles- and New York-based artists, several of whom passed through Chicago for a degree at the School of the Art Institute, where Campbell occasionally teaches. While the massive former car dealership that now stores and exhibits Campbell’s artists is an impressive sight, the high ceilings and polished-concrete expanse tend to diminish anything that hangs inside it, no matter how large the scale of the work. His Lincoln Park apartment gallery offers a more intimate experience with art. 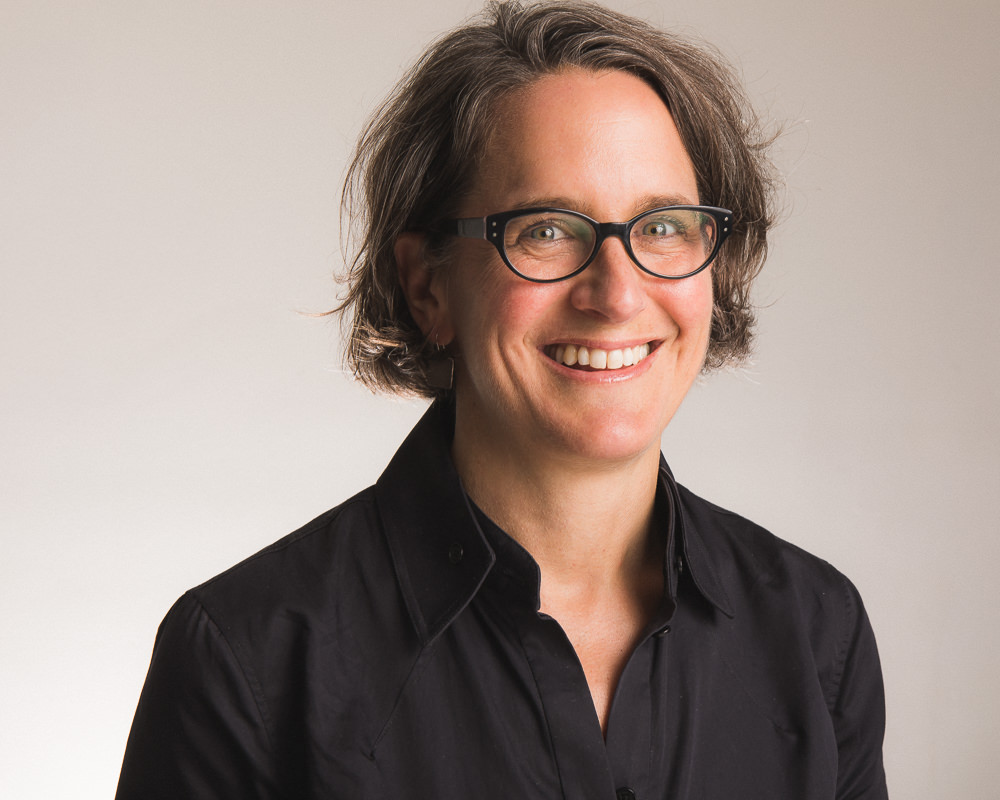 29
Natasha Egan
Executive Director, Museum of Contemporary Photography at Columbia College Chicago
Natasha Egan has been at home at the Museum of Contemporary Photography for two decades and since 2011 has headed up the museum. Beyond simply promoting the artistic significance of photography in our post-studio, post-medium moment, Egan has doubled down on the political dimensions of photography as an agent of witnessing. Her background in Asian and Eastern European history has brought shows from these seemingly far-flung regions to Chicago, including recent shows of Chinese dissident artist Ai Weiwei and a group show of photography contrasting official and unofficial views of life under the North Korean regime. Other exhibitions have repeatedly emphasized the disastrous effects of pollution and climate change. Outside of Chicago, Egan co-curated the inaugural Dubai Photo Exhibition in 2016.

30
Penny Pritzker and Bryan Traubert
Collectors & Co-founders, Pritzker Traubert Family Foundation
While no longer the United States Secretary of Commerce, Penny Pritzker is no less influential than she was this time last year. With her husband Bryan Traubert, she has poured countless dollars from her Hyatt Hotels inheritance into the arts and other worthy causes, youth education and health top amongst them. Traubert was formerly the chairman of Marwen, a major force in youth arts education in Chicago, and served on the board of The Renaissance Society. Pritzker is a life trustee at the Museum of Contemporary Art Chicago. The details of their collection are largely unknown, but one can assume that it befits their daunting fortune.