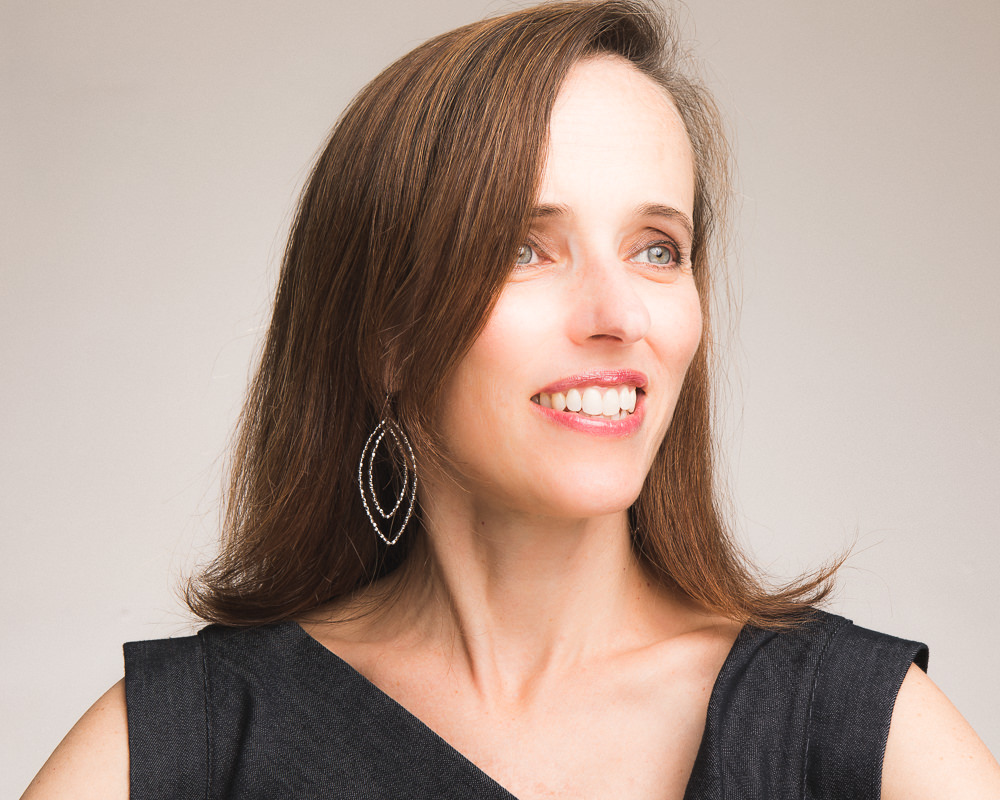 31
Caroline Older
Executive Director, Chicago Artists Coalition
Since 2014, Older has been guiding the Chicago Artists Coalition into a bastion for artistic development. Coinciding with EXPO Chicago 2017, she will host the third edition of “The Annual,” an art auction to support CAC’s programs and the work of Chicago-based artists and curators. Through fundraising and corporate sponsorships, Older has increased the number and amount of the CAC’s Maker Grants, which provide unrestricted cash awards to artists. This year she rebranded CAC’s annual benefit as “Work in Progress” to reflect the work of Chicago’s up-and-coming artists and curators. CAC added a six-month residency called FIELD/WORK and a pilot residency for arts administrators is on the way. CAC’s long-anticipated move from the West Loop will happen in 2018, with its new location to be unveiled soon. 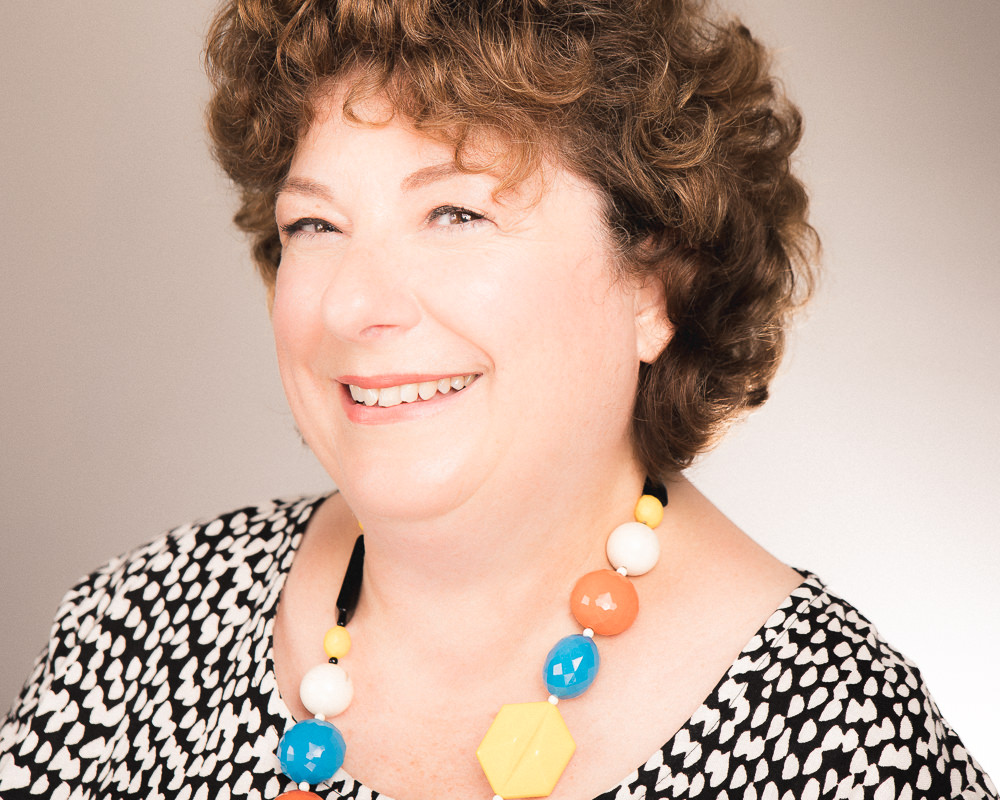 32
Lisa Corrin
Director, Mary and Leigh Block Museum of Art
The past two years have seen an astonishing widening of the Block Museum’s focus, with more exhibitions drawing from artists outside the mainstream of the United States and Western Europe. While recent solo show artists Kader Attia and Tseng Kwong Chi have French and American connections, respectively, artists in the recent “If You Remember, I’ll Remember” group exhibition come from backgrounds historically marginalized within the States. The Block’s comprehensive survey of the artist Charlotte Moorman, co-curated by Corrin and the Block’s Corinne Granof, permanently revised the status of the American musician and performer from mere muse to central node of the American avant-garde movement of the 1960s and beyond. 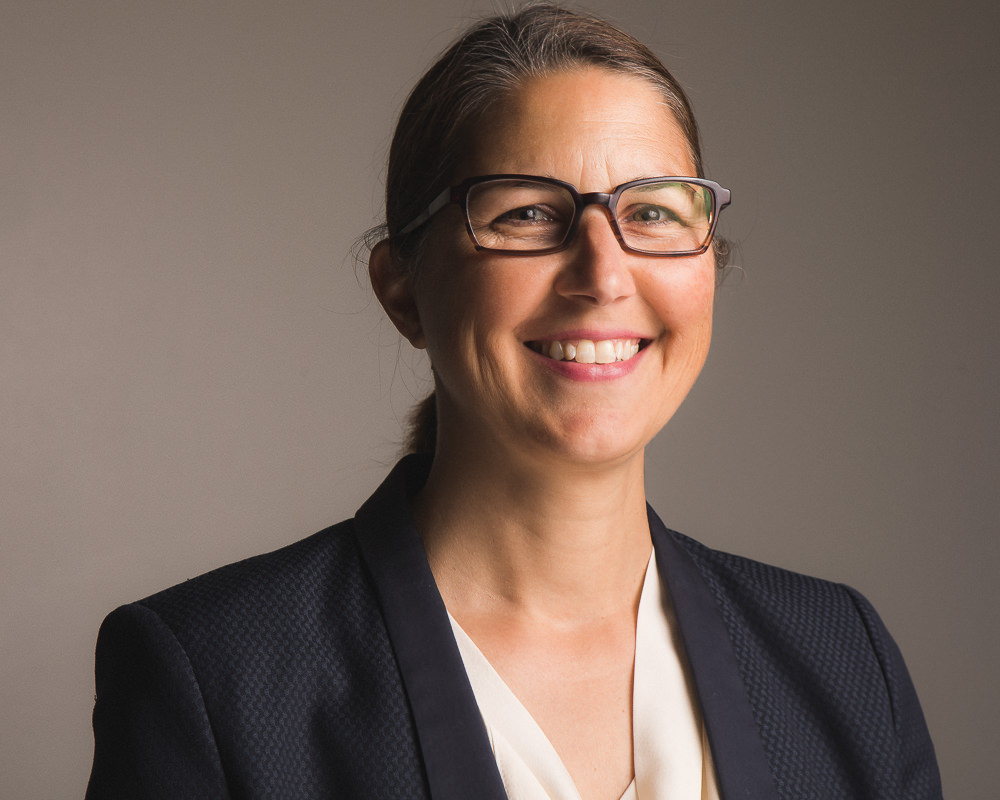 33
Lorelei Stewart
Director, Gallery 400, University of Illinois at Chicago
In her seventeen years at the University of Illinois Chicago’s Gallery 400, Stewart has continually staged timely and striking exhibitions for the college community and the city at large. Stewart says the gallery prioritizes showing work by women and artists of color, while seeking “to demonstrate how art is relevant to everyday people’s lives and to show that the way we live today is relevant in art.” The coming year’s programming is no less impressive. An upcoming collaboration with the DePaul Art Museum and Rebuild Foundation will feature twenty-four female-identifying artists from the black and Latina diasporas. “Garden for a Changing Climate,” planned for summer 2018, is a large-scale participatory public art project that seeks to make the effects of climate change tangible for Chicagoans.

34
Daniel Berger
Collector & Medical Director and Founder, Northstar Medical Center
When he’s not battling the scourge of HIV with the latest in treatment and clinical research, Berger is pouring his energies into collecting and exhibiting work by top caliber artists from Chicago and beyond. At his backyard gallery Iceberg Projects, Berger has curated and invited guests to organize myriad shows spanning the gamut from political activism—”Militant Eroticism: The ART+ Positive Archives”—to pure, beautiful weirdness—”George Kuchar: Bocko.” Works from his collection, which he rarely exhibits at home, have been loaned to major institutions like the Museum of Contemporary Art Chicago. Berger serves on the Board of Governors at the School of the Art Institute of Chicago. 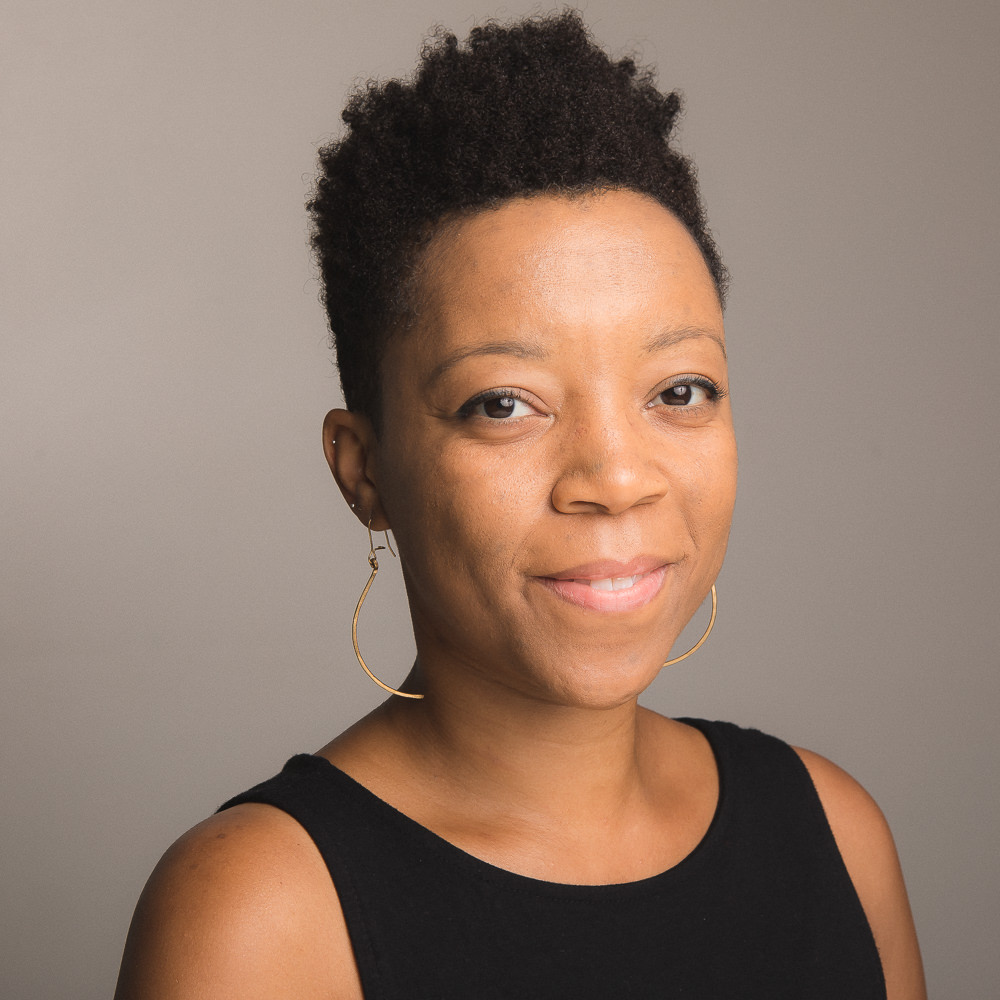 35
Tempestt Hazel
Director and Founding Editor, Sixty Inches from Center
At a moment when art criticism in Chicago and nationwide weathers the chaotic storms of disruption, Sixty Inches from Center remains anchored to its mission to cover all aspects of Chicago’s cultural geographies with an emphasis on the work and voices of people of color, women, LGBTQIA persons, the differently abled and others consistently marginalized by the mainstream. Hazel founded Sixty seven years ago, when conversations about race and equity were not as visible as they are today. Her work has undoubtedly advanced that conversation by miles in Chicago. A recent residency with the Department of Cultural Affairs and Special Events launched Sixty’s Chicago Archives project, which aims to expand the capacity of individuals and communities to take stock of their cultural histories to build a broader understanding of what we make together.

36
Caroline Picard
Executive Director, The Green Lantern Press; Co-Director, Sector 2337
On and off since 2005, Caroline Picard’s Green Lantern Press has published dozens of artfully designed experimental tomes by artists, critics, poets, writers and other thinkers outside the mainstream. Since 2014, the Press has been headquartered in Sector 2337, a hybrid bookstore-gallery-bar that supports the Press’ efforts to remain financially independent and pairs exhibitions with books that extend the themes on display. As she continues to push the boundaries between literature and visual art, Picard’s criticism, fiction and comics have been widely published. 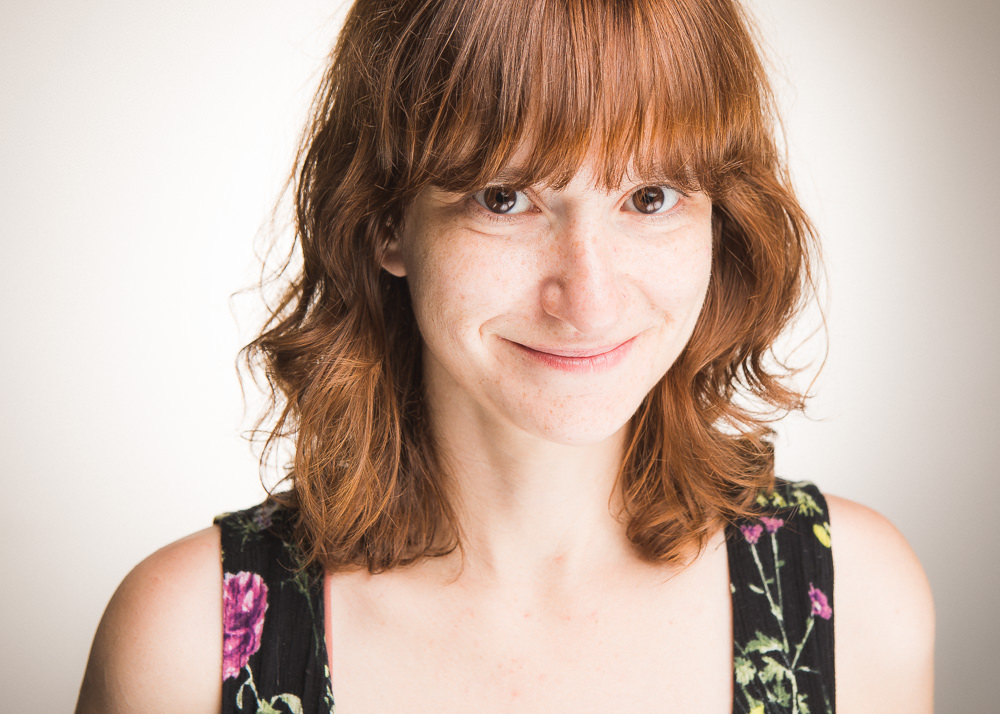 37
Emily Green
Executive Director, ACRE
It’s been seven years since ACRE established itself as a DIY artist space and residency in Chicago’s Pilsen neighborhood, a popular area for young artists to find apartments and studios. Since then, hundreds of artists have streamed through its summer program in Southern Wisconsin, where studio spaces provide equipment and space for painting, drawing, ceramics, weaving, screen printing and woodworking. Green’s leadership has seen ACRE through finding a new permanent space in a former funeral home, also in Pilsen, with ample space for exhibitions, workshops and events. 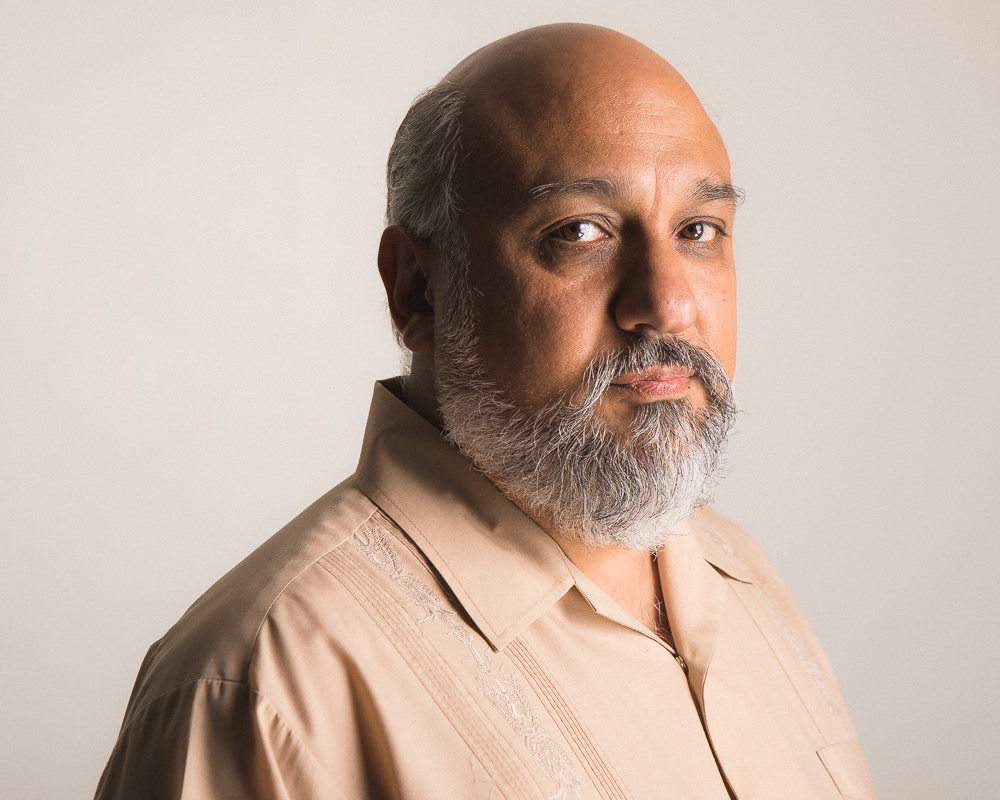 38
Cesáreo Moreno
Director of Visual Arts and Chief Curator, National Museum of Mexican Art
Leading the curatorial team of the nation’s most prominent museum dedicated to Mexican art and culture, Moreno has spent more than twenty-five years building the artistic reputation of the institution that continues to showcase the depth and breadth of Mexican creativity from both sides of the border. This year’s thirtieth anniversary of the museum’s permanent home in Pilsen brought Moreno together with a team of curators to exhibit the work of thirty artists currently working in and around Chicago. Moreno’s recent reinstallation of the NMMA’s permanent galleries, titled “Nuestras Historias,” sets ancient Mesoamerican artifacts alongside contemporary works by artists of Mexican heritage, tracing the continuities and variables in an ongoing cultural discourse. 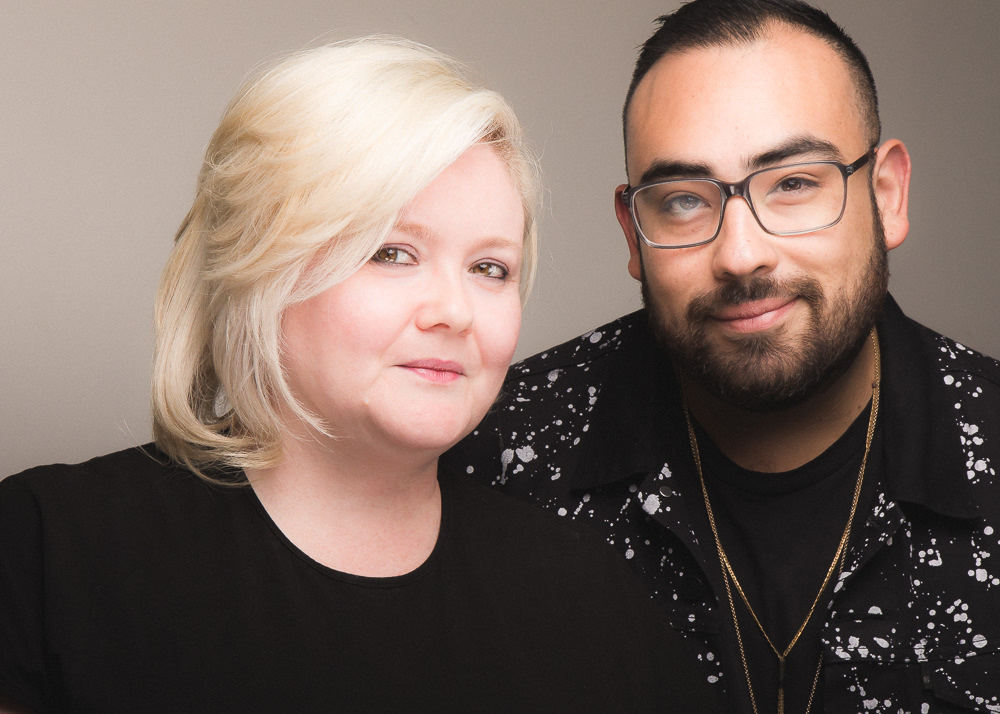 39
Julia Fischbach and Emanuel Aguilar
Founders and Directors, Patron Gallery
“The last two years have been quite a ride,” Emanuel Aguilar says of the journey that took he and Julia Fischbach from co-directing Kavi Gupta to running their own gallery. Patron represents ten artists, including locals Alex Chitty, Samuel Levi Jones and Mika Horibuchi, and has exhibited others. Opening the space in Chicago was “the best idea ever,” Aguilar says. “Not only because we love this city and think that there is so much talent and potential here, but also because being in a place like Chicago has allowed us to grow so much stronger and faster than if we were elsewhere.” Patron is gearing up for EXPO Chicago, where they’ll show Lucas Simões, and will soon launch a limited edition artist book series with Candor Arts. 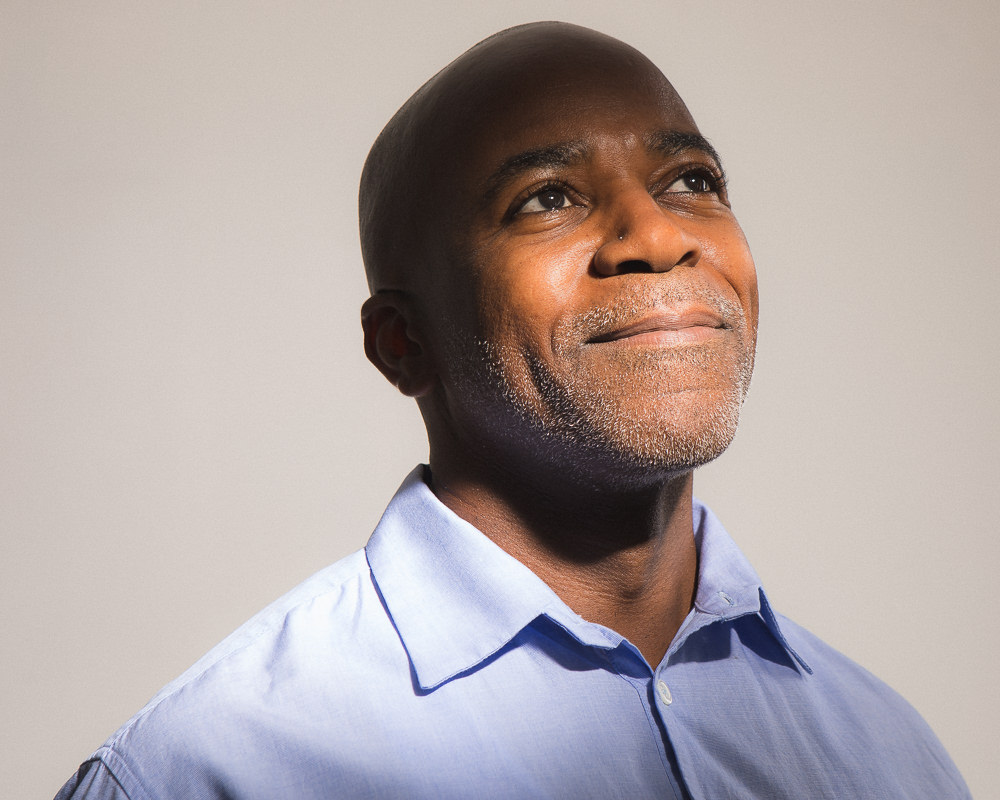 40
Arnold Kemp
Dean of Graduate Studies, School of the Art Institute of Chicago
Only a year into his tenure leading graduate studies at one of America’s highest-ranking art schools, Arnold Kemp has made a face and a name for himself among students and faculty alike. Coming from Virginia Commonwealth University, where he served as chair of painting and printmaking for three years, Kemp hasn’t given up his studio practice upon landing the big job, having recently shown at Daniel Berger’s Iceberg Projects in Rogers Park. Under the newly appointed president Tenney and with a major capital campaign just underway, Kemp might find himself with less time to paint this year.