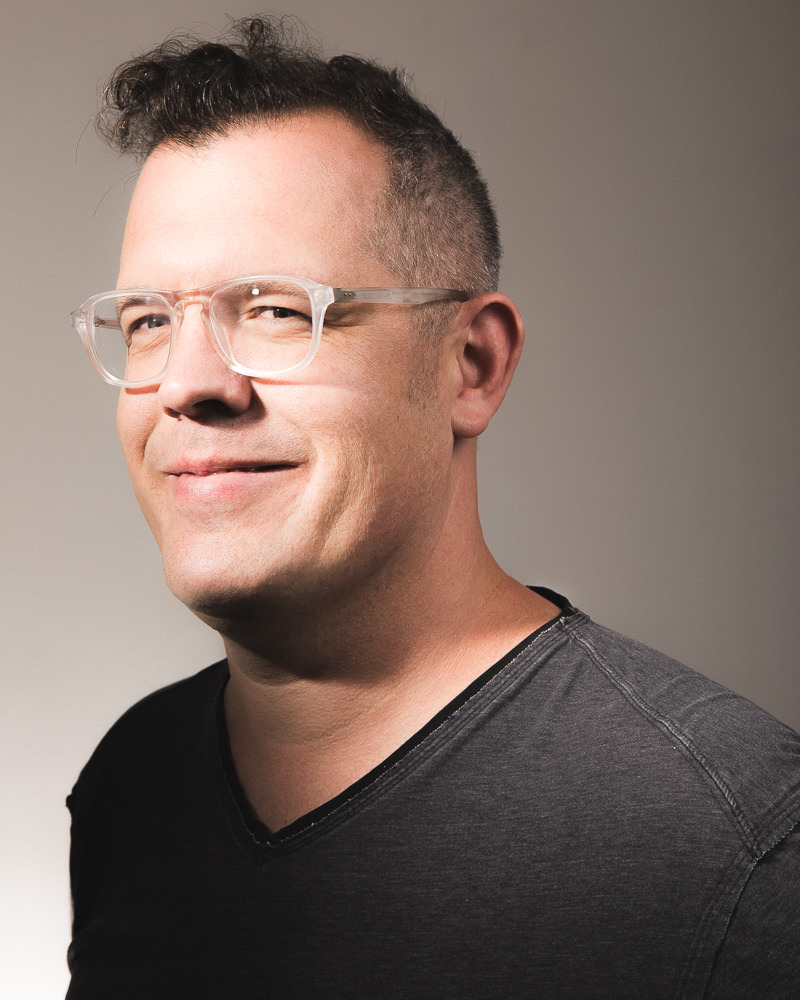 41
Zachary Cahill
Curator, Richard and Mary L. Gray Center for Arts and Inquiry
Zachary Cahill’s politically and historically charged practice transcends boundaries between roles as artist, critic, curator, writer and educator. Recently, Cahill was chosen as a “Future Great” by ArtReview and had a solo exhibition at Regina Rex in New York City. Cahill has his hands full this fall with a solo exhibition, “USSA Sanctuary,” at Anastasia Tinari Projects and co-curating an exhibition at the Smart Museum titled “Revolution Every Day.” In addition, you can catch Cahill leading a séance at DePaul University as part of their one-hundredth anniversary of the Russian Revolution. As curator at the University of Chicago’s Gray Center for Arts and Inquiry, he is launching a number of initiatives, including “Sidebar,” an ongoing series of monthly conversations on arts and ideas.

42
Darby English
Professor of Art History, University of Chicago
Since 2003, Chicago art has benefited from Darby English’s thoughtful approach to art history and criticism. Alongside his return to the University of Chicago after two years as Starr Director of the Research and Academic Program at the Clark Art Institute in Massachusetts, English maintains an appointment as adjunct curator in the Department of Painting and Sculpture at the Museum of Modern Art, New York. Although his specialty is African-American art, English works to resist the traditional trappings of interpretation like disciplinary boundaries and broad generalizations. In 2016, he published “1971: A Year in the Life of Color” with the University of Chicago Press, and a new monograph, “To Describe a Life: Essays at the Intersection of Art and Race Terror,” will be published by Yale University Press in 2018. 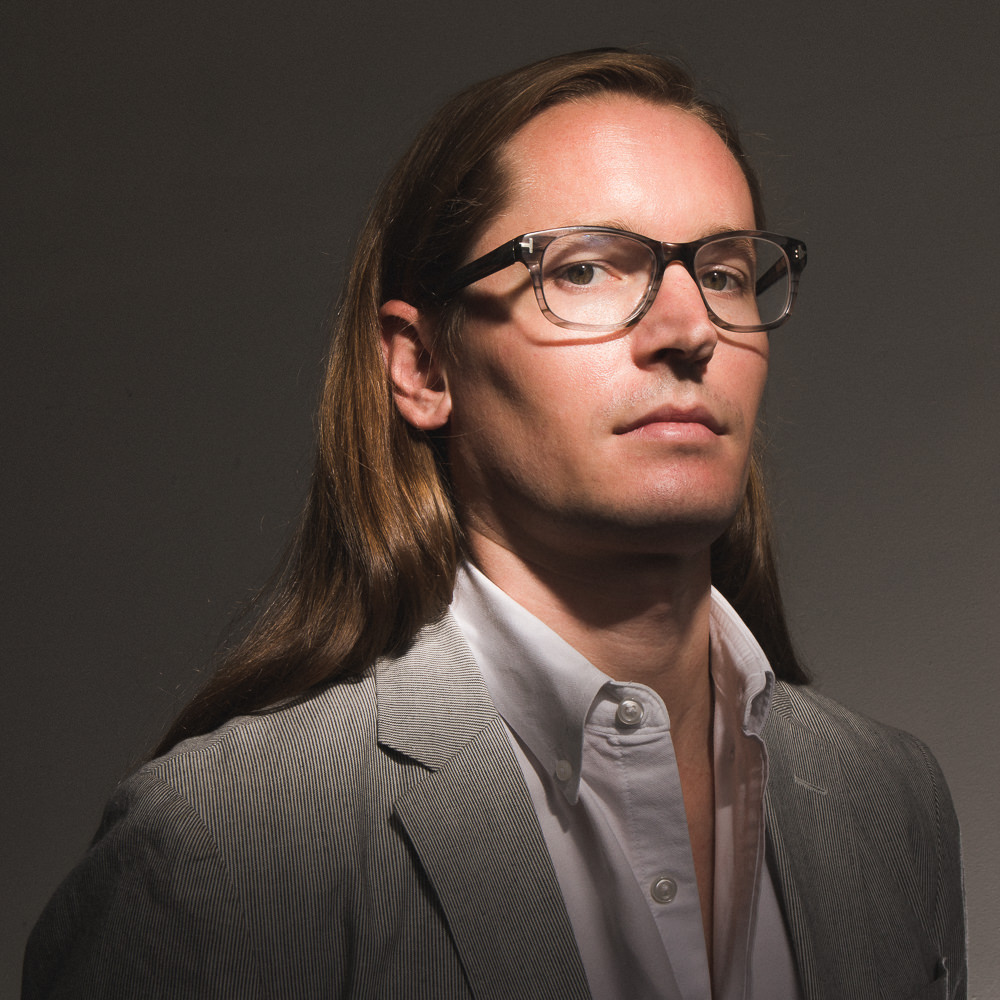 43
Aron Gent
Director and Founder, Document
Alongside his founding of the gallery and artist printshop Document in 2011, Aron Gent co-created MDW, an ambitious, if short-lived, art fair in partnership with Bridgeport’s Public Media Institute, Roots & Culture and Threewalls. A large part of what EXPO Chicago claims as its debt to the strength of Chicago’s alternative art scene can be attributed to Gent’s and MDW’s earlier effort to cultivate and coalesce the independent, artist-run experiments across the city. Gent continues to support the artist community in Chicago with his gallery’s press, which mints a great deal of fine-art prints, posters and other printed matter for Chicago’s artists and galleries. Gent also serves on the board of directors for the ACRE residency program.

44
Gregg Bordowitz
Program Director, Low-Residency MFA, School of the Art Institute of Chicago
Gregg Bordowitz is perhaps best known for his early and sustained involvement with the early AIDS awareness movement, which has not ceased. These days, he also directs the School of the Art Institute of Chicago’s highly competitive Low-Residency MFA program, a three-summer sequence of coursework and studio time that brings career artists together for shorter stints toward an advanced degree. Among the program’s perks is a visiting artist series that brings major names to speak in Chicago. Moyra Davey, Wafaa Bilal, Wu Tsang and Trevor Paglen were among the many who spoke this summer.  Bordowitz is also faculty at the Whitney Museum Independent Study Program in New York City. 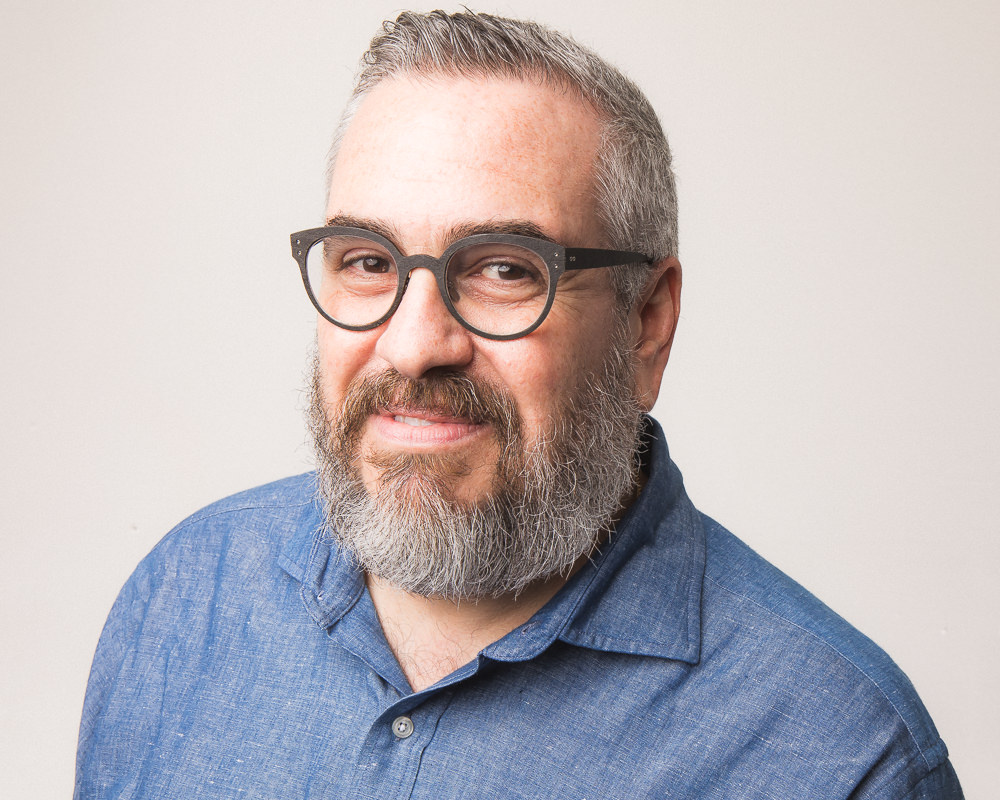 45
Scott Hunter
Collector and Director of Neuropsychology, University of Chicago
Hunter is an adventurous and multidisciplinary collector who invests in new and local art and also teaches pediatric neuropsychology at the University of Chicago. A fixture at art openings, there’s a good chance you’ve already met him. Currently, he is curating an exhibition for the Ukrainian Institute of Modern Art this fall, titled “A is for Artist.” Hunter selected artists from local organizations such as Esperanza Community Services, The Arts of Life, Thresholds and also from a Navajo program in Arizona called Flying Colors at the St. Michaels Association for Special Education. He also serves on the board at Chicago’s longtime alternative space Roots & Culture and is a patron and co-collaborator at the newer space South of the Tracks. 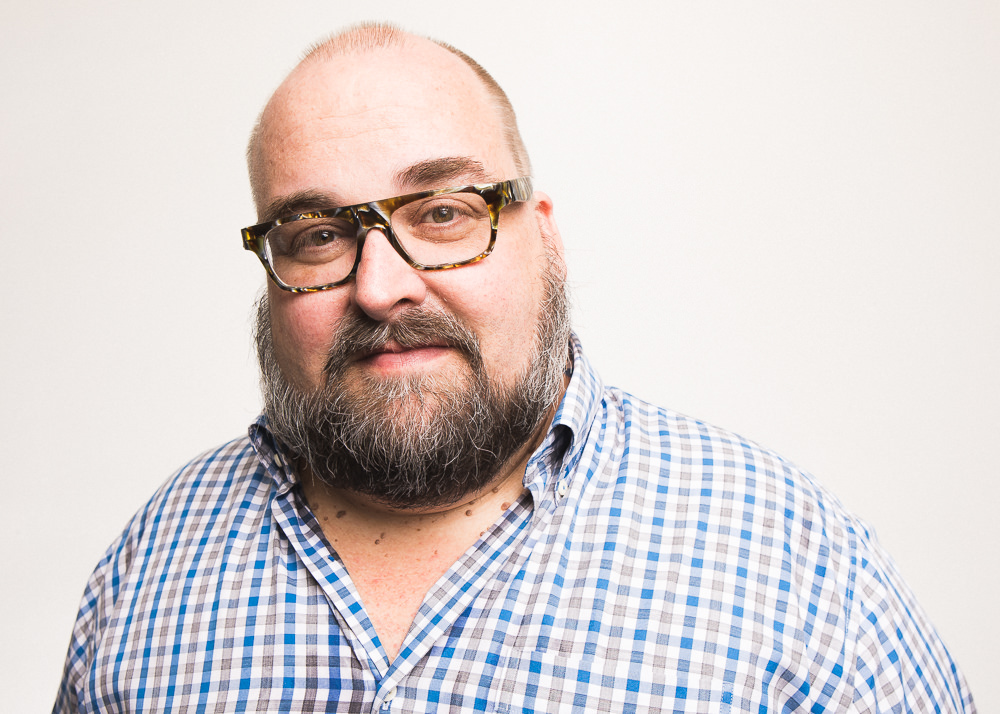 46
Jefferson Godard
Founder and Director, Aspect Ratio Projects
Godard continues to defy expectations of what kind of work commercial galleries can promote, focusing on the less materially focused practices of video and performance. Moreover, his roster includes younger, less established artists whose careers have been boosted by Godard’s support—Alejandro Figueredo Díaz-Perera, Orr Menirom, and Rashayla Marie Brown among them. The last holdout of the former gallery lofts at 119 North Peoria, Godard promises an imminent move from the neighborhood where nearly every gallery has already been priced out. 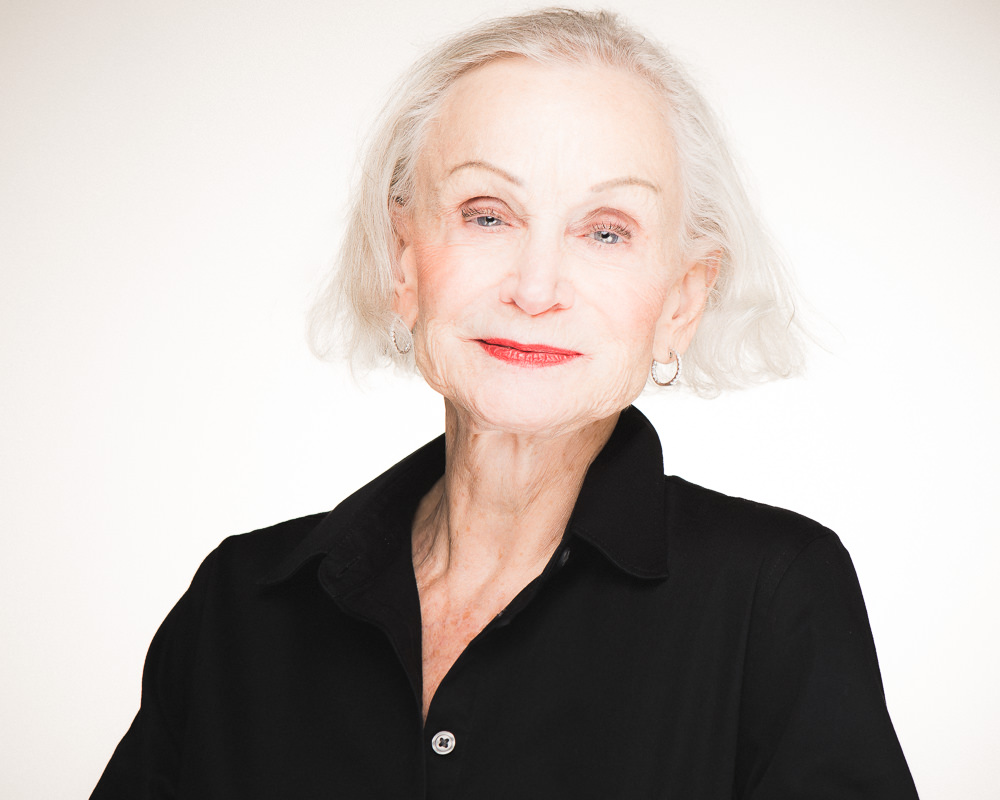 47
Deone Jackman
Philanthropist and former Chair of the Board of Directors, Hyde Park Art Center
Visitors to the Hyde Park Art Center will recognize the Jackman name from the Jackman Goldwasser Residency, which brings five international, national and local artists to the Art Center each year for intensive studio work and exhibitions. Since its creation five years ago, the program has expanded under the leadership of Megha Ralapati into national and international partnerships, including with Project Row Houses in Houston, the Centre régional de la photographie Nord Pas-de-Calais and ARTPORT in Tel Aviv. Jackman was also instrumental in securing the funding to move HPAC into its current facility in 2006. 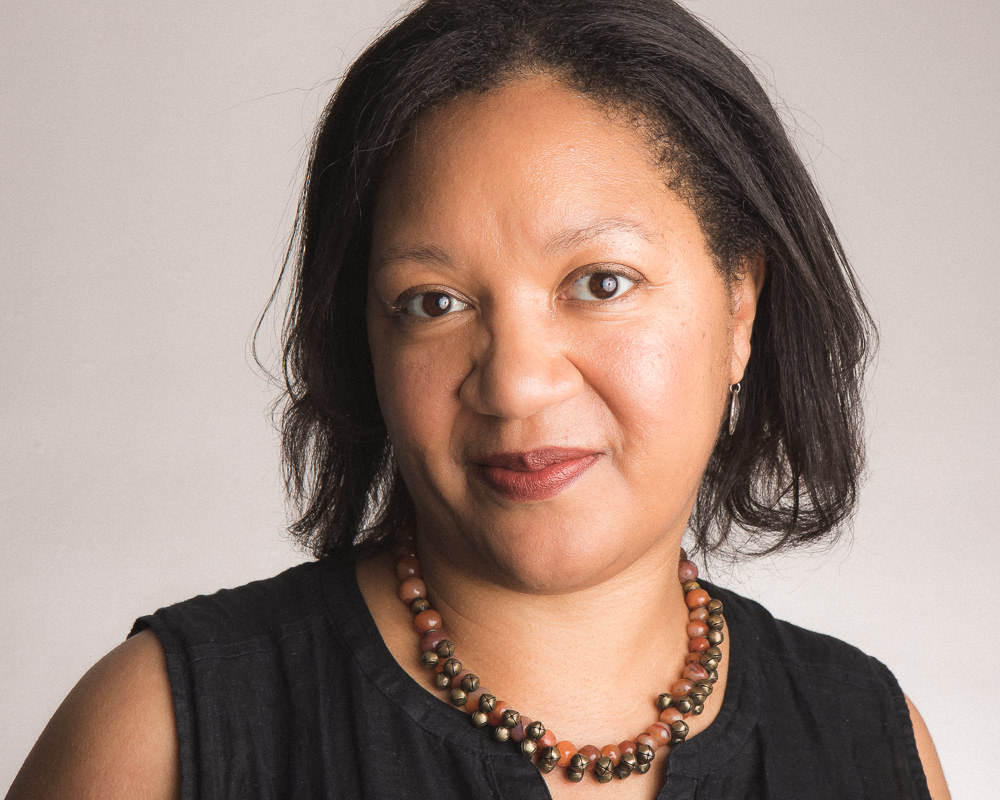 48
Janet Dees
Curator of Modern and Contemporary Art, Block Museum
Since arriving at the Block Museum two years ago, curator Janet Dees has had an outsized impact at the institution. Her first exhibition, “If You Remember, I’ll Remember,” sensitively explored love and loss and the ways we connect, remember and share historic traumas, with work by seven contemporary artists. As an affirmation of her work and scholarship as well as the Block’s ongoing efforts to emphasize its contemporary art program, Dees’ position was recently endowed and she will curate three exhibitions this season. Two will highlight gifts to the museum, including an early edition of Carrie Mae Weems’ first installation, featuring photographs printed on hanging scrims, and Sam Gilliam’s rarely shown 1970 drape painting “One.” She is also a curator mentor for the 2017-18 Chicago Artists Coalition HATCH Projects. 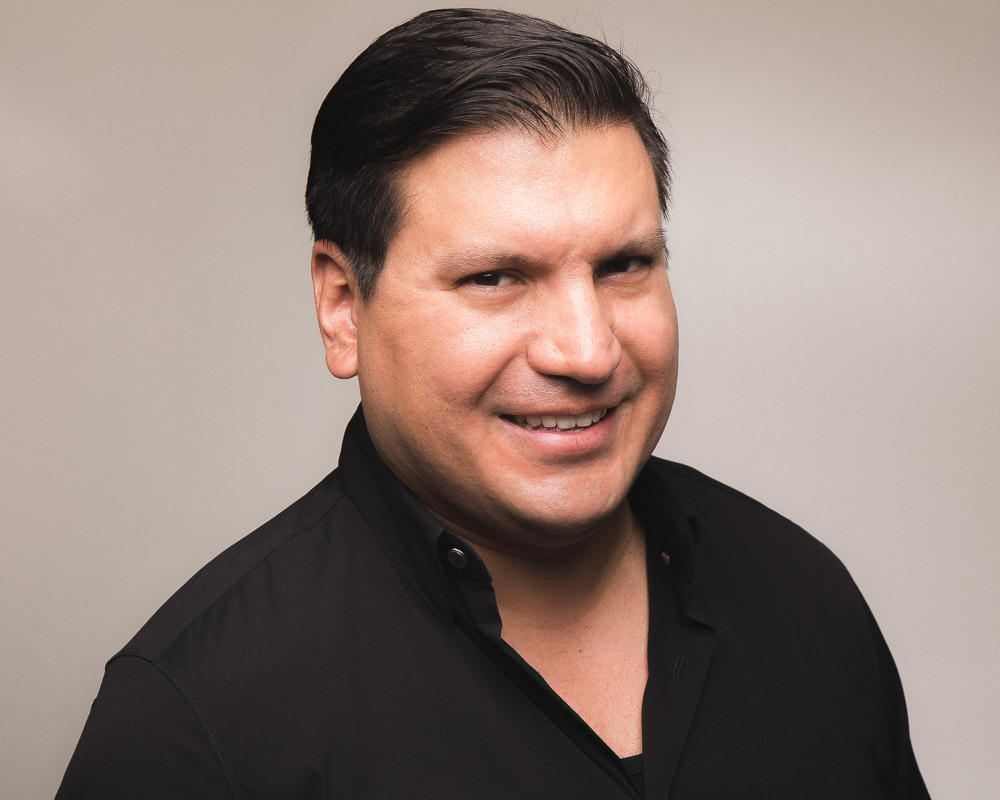 49
Sebastian Campos
Principal, The Mission
Relative to other gallerists and dealers in the city, Sebastian Campos keeps a low profile, but his spaces in Chicago and Houston speak for themselves. With a focus on exchange between the United States and Latin America, Campos has brought a much-needed angle to a cultural dynamic at risk of occlusion in the current political climate. This year, Campos showed painting and sculpture by the Chilean artist Rodrigo Zamora and paintings by Peruvian artist Michelle Magot, among other local and international names. The Sub-Mission, a basement space beneath the gallery, focuses on Chicago artists and operates on a proposal-based curatorial program, offering an in for aspiring curators and artists in the city. 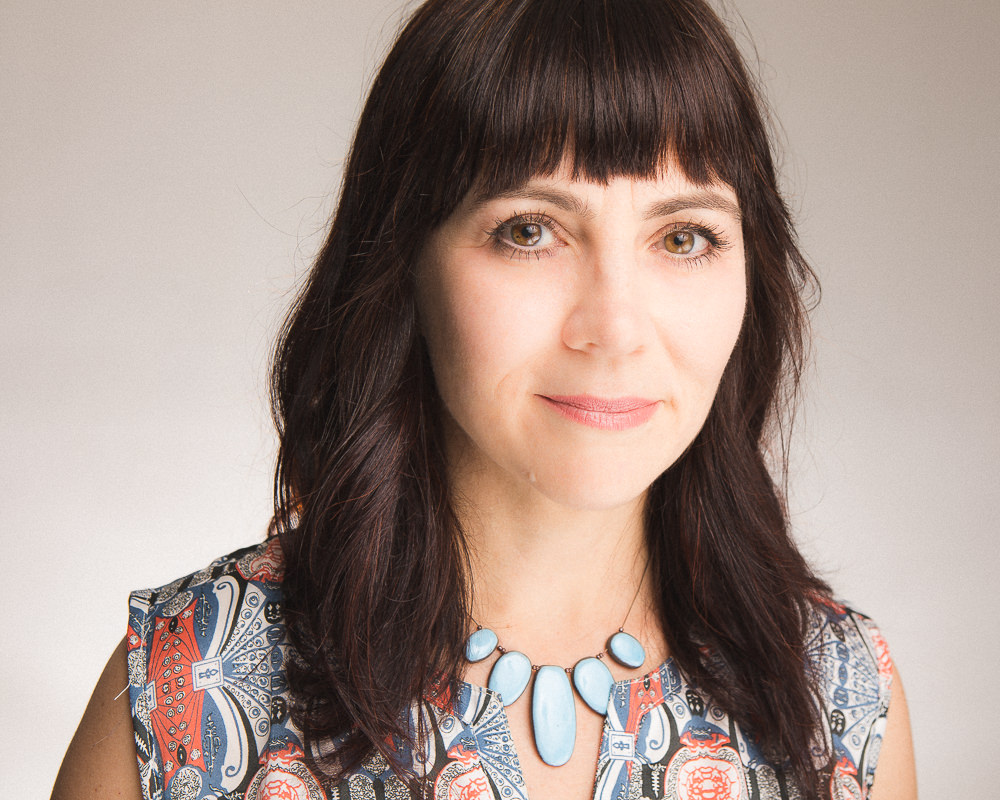 50
Neysa Page-Lieberman
Executive Director, Department of Exhibitions and Performance Spaces at Columbia College
Columbia College Chicago boasts a bunch of exhibition spaces beside the well-known Museum of Contemporary Photography, and Neysa Page-Lieberman directs several of them. At the Glass Curtain Gallery,  Page-Lieberman has recently focused on social justice and identity politics with exhibitions like “The Longest Revolution: Feminist Social Practice” and “Vacancy: Urban Interruption and (Re)generation.” Her most visible curatorial efforts are on the walls of the Wabash Arts Corridor, where she organized Tatyana Fazlalizadeh’s mural “Stop Telling Women to Smile” (2015) and will curate the Corridor’s second annual exhibition this fall.