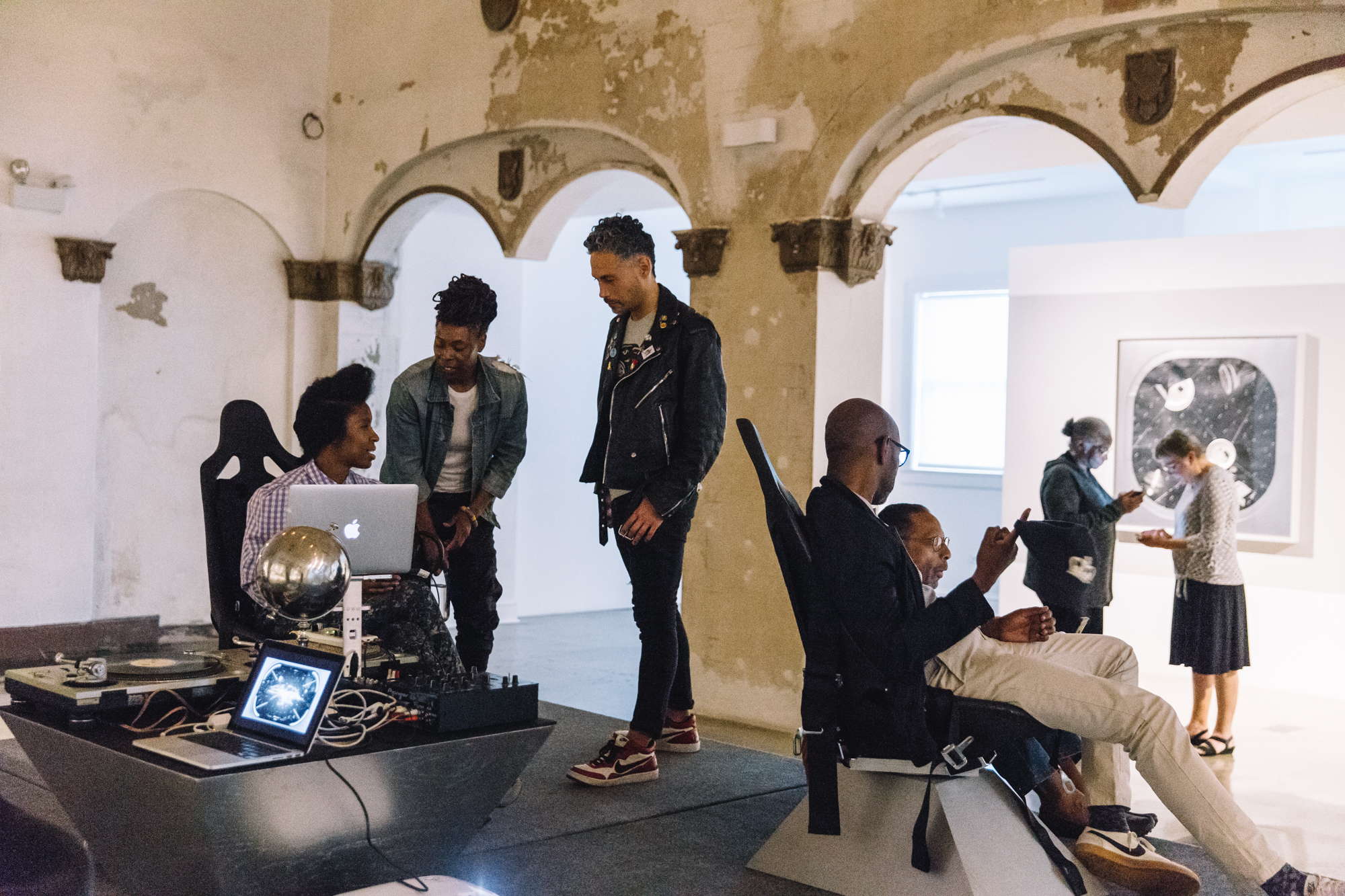 Although Brooklyn-based multidisciplinary artist Derrick Adams is known for creating images and experiences that draw heavily from popular culture, the themes he explores aren’t simply about being “hip.” In “Future People,” on view at the Stony Island Arts Bank through September 18, Adams continues to explore representations of black Americans on television and in the media, but was able to incorporate hidden histories embedded in the Arts Bank’s eclectic archives. In preparation for the exhibition, Adams drew on historical achievements in science, technology and design to tell little-known American stories, an approach that will feature highly in his work during the coming year. This fall, Adams’ work will be in the group exhibition “Lines of Influence” at the Savannah College of Art and Design, which celebrates Jacob Lawrence’s centennial and his influence on generations of artists, and an exhibition based on the “Negro Motorist Green Book” at the Museum of Arts and Design in New York City. Adams, a National YoungArts Foundation Visual Arts alum and master teacher, will speak at EXPO on the importance of mentorship for young emerging artists as they navigate critical junctures in their careers. Newcity recently spoke with Adams to learn a bit more about his interest in blending pop culture and hidden histories. 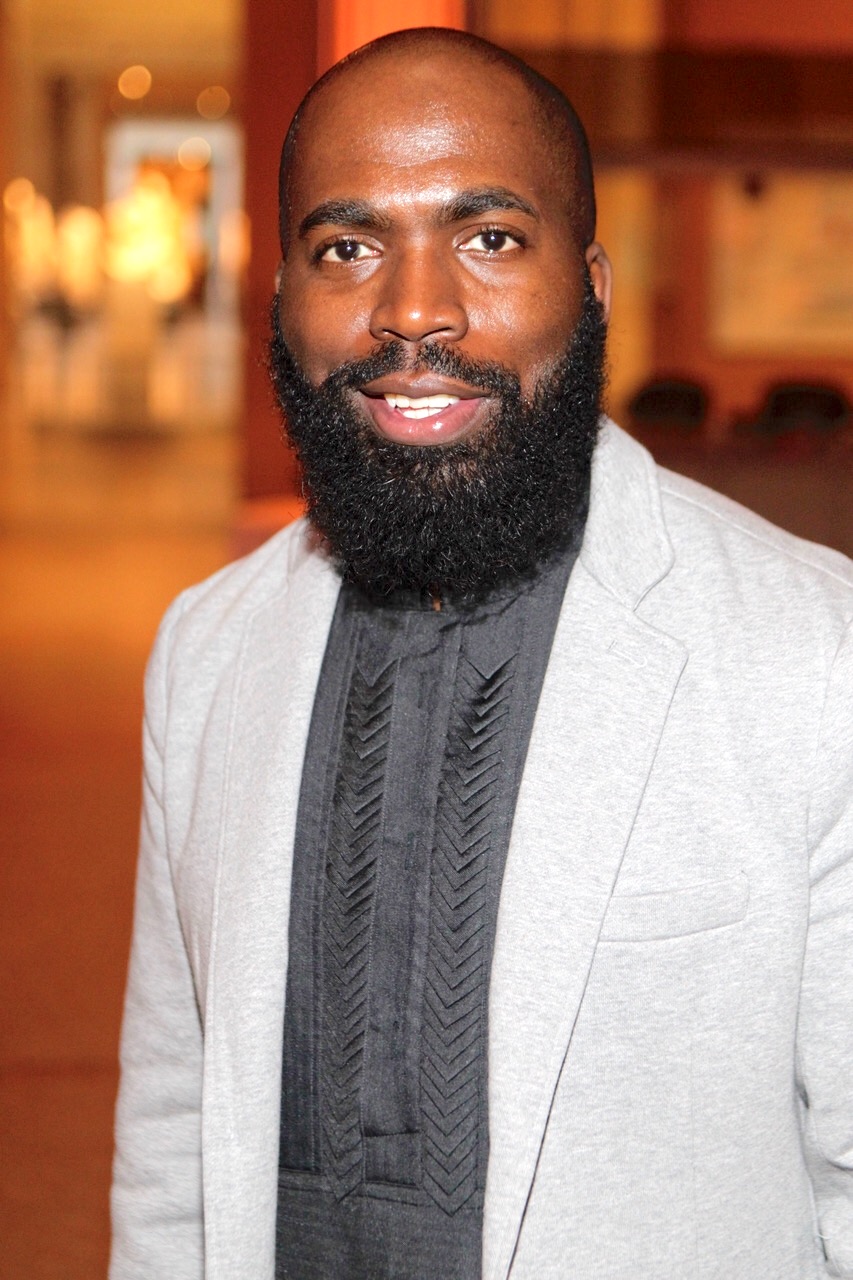 Your show at the Arts Bank seems to encapsulate a lot of your multi-disciplinary practice. Can you talk about how that exhibition came about?
A little over a year ago, I was invited to tour the Stony Island Arts Bank. One of the things that really stuck with me was that their archive holds history, mostly focused on black Americans. I began to think of it like a time capsule, housing valuable information for the future. I came up with an exhibition concept that would mirror the control center of a space shuttle. I was interested in finding things dealing with black culture and innovation, creativity and histories that aren’t highlighted in American culture normally. We hear a lot about the challenges African Americans have in this country, around the world really. I wanted to offer viewers something different when they encounter images around the history of America and who contributed to it.

What sort of things did you find? Were there objects or histories that surprised you or took you in a direction you weren’t expecting?
I went into the whole experience very open. I wanted to work based on what I found, but also on what I didn’t find. I was looking for things that were related to popular culture, but also things that advanced humanity. For example, the View-Master toy was designed by a native Chicagoan, a black American; the Rubbermaid trash can and some classic cars were also designed by African Americans. These objects had so much impact on society, but their creators often go unnamed. I am interested in how we as artists take on the role of storyteller. I’ve always wanted to highlight alternative stories as a way of reassuring people that we still proceed in the face of oppressive structures in this country.

You were a classroom teacher before going to graduate school. I assume that a lot of your thinking around arts experiences, learning, history and engagement was informed by your teaching.
Yes! My undergraduate degree is in Art Education from Pratt and my MFA is in New Genres from Columbia. As an undergraduate, I was really interested in the way people understand images based on context, so I changed my major from painting to education. I was also interested in how to deconstruct images in a way that actually allows the viewer to feel empowered once they leave an exhibition rather than when they first encounter it. I want to create a language for images that is both empowering and critical but also entertaining. 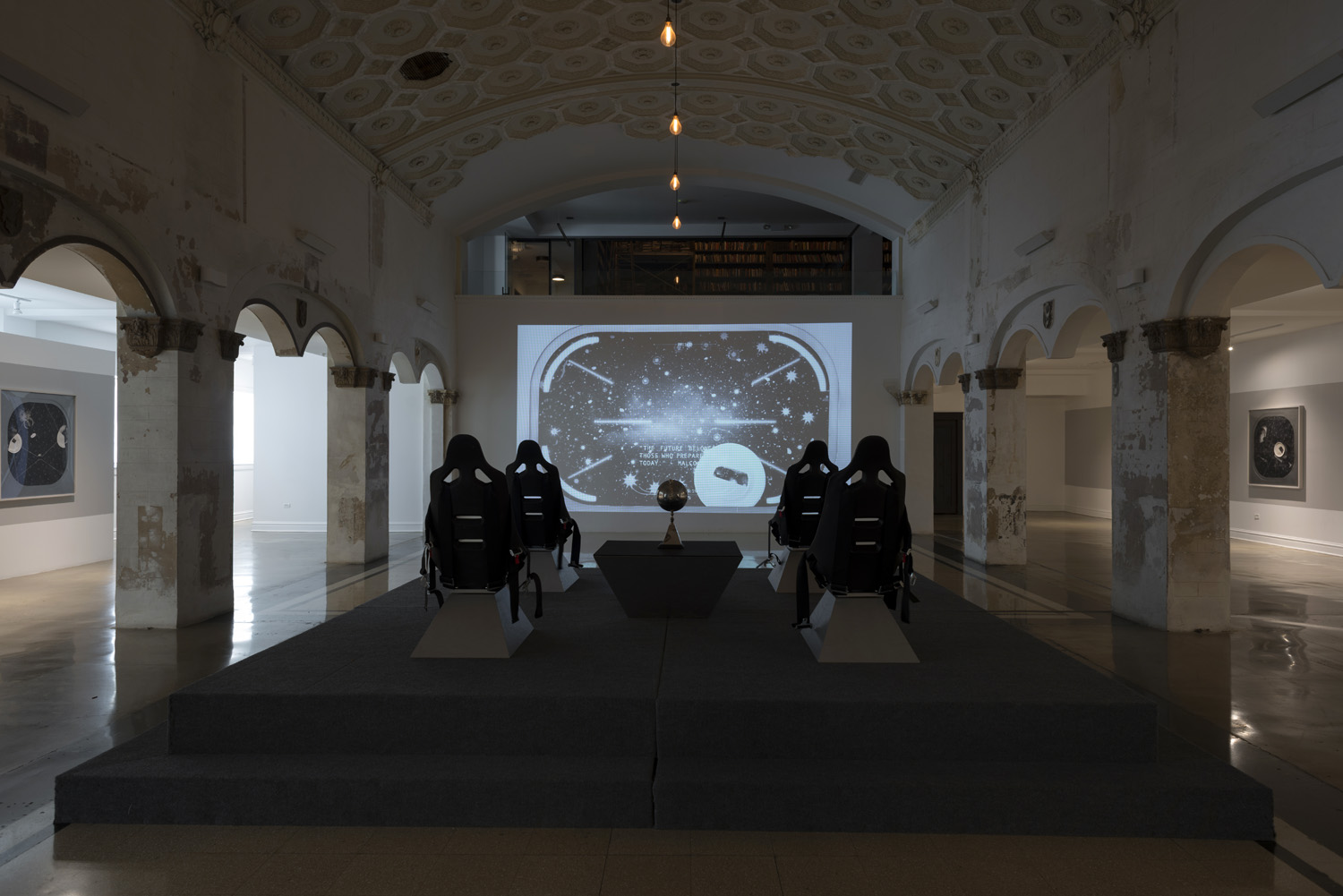 I think a lot about how we can reclaim art practice for ourselves, from its intimidating realm.
That’s very important for me. I want to connect as much as I can with the audience that’s inspiring my work. I think about how the formal elements of art connect with a viewer. When I’m designing exhibitions, I think about the non-artist—what would they want to see? I’m trained to look at art and understand its signs and symbols in a certain way. I want to know how to draw people in who do not have that trained eye.

This idea of redefining images and ways of looking to make connections between formal elements in art and the everyday also comes up a lot through an emphasis on gathering people, community, and even joy in your work.
I wouldn’t necessarily call it joy, but there is certainly a level of optimism that I want to emphasize. I’m excited that there are so many different conversations happening in contemporary art [about black culture], but there is still room to highlight what African Americans themselves want to see. It’s important to not only think about how you are projected upon, but also think about how you want to see yourself. Artists can play a huge role in that. I remember the art-history professor my freshman year talking about how stained-glass windows were designed to influence their relationship with God. Some of the people were illiterate, so the images were really important to helping them understand life and their faith. Those images were aspirational in a lot of ways. People wanted to connect to them. I want to create images that people aspire to connect with. Making work that emphasizes struggles and oppressive systems is necessary, but I believe we need stories that show how we have risen above the challenges. I want a person who walks into my exhibitions to have a different perspective of themselves, so at the Stony Island Arts Bank, I want them to think about black creativity and invention differently, and when people look at my “Floaters” series, I want them to have a different perspective on leisure… and I want to see it too.