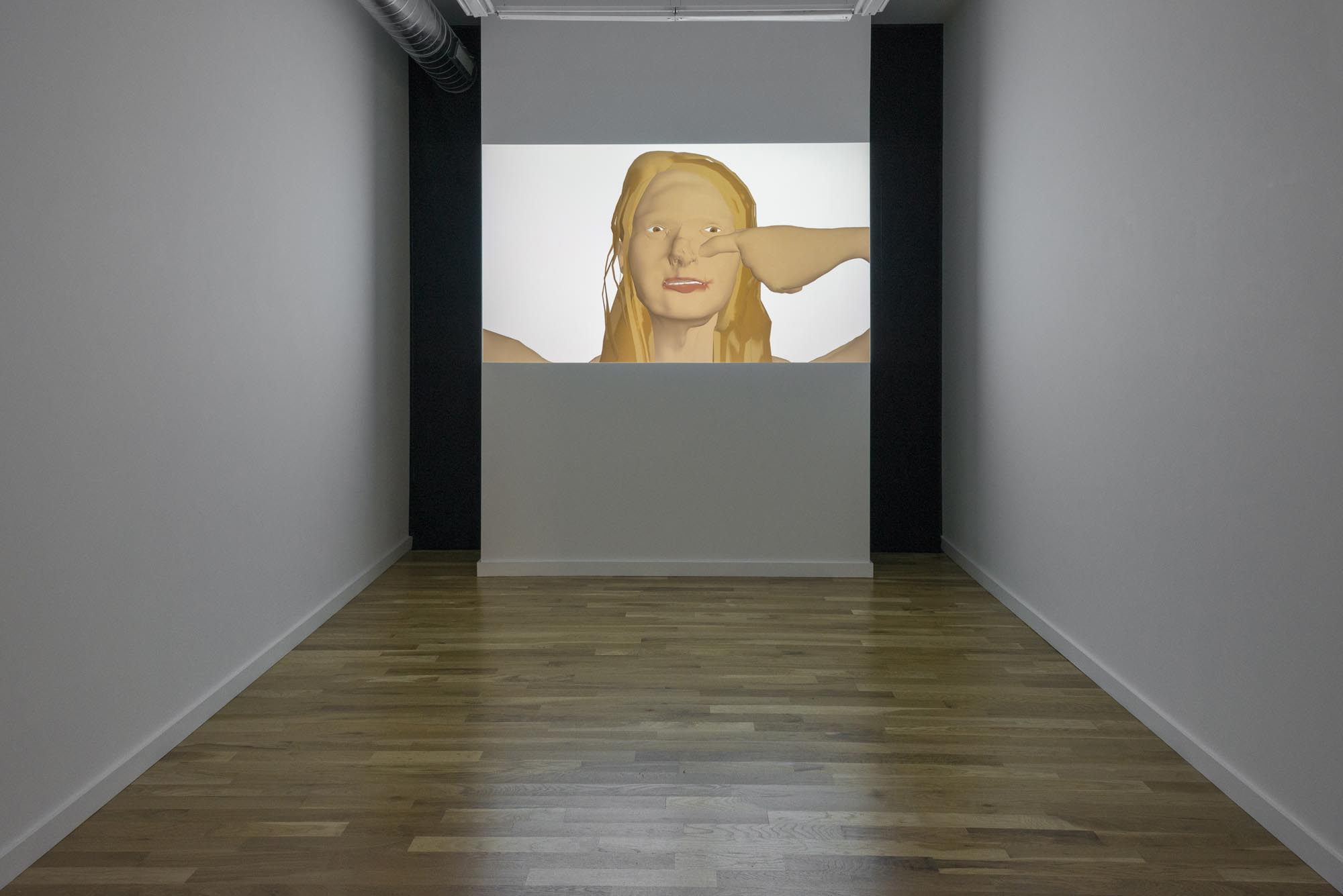 In Chuck Jones’ 1953 cartoon, “Duck Amuck,” Daffy Duck finds himself at the mercy of a cruel offscreen animator who runs him through a gamut of anachronistic formal decisions. The sound effects stop lining up, the backgrounds shift and disappear entirely, all culminating memorably with the animator’s decision to replace Daffy’s duck body with a polka-dotted quadruped with webbed feet and flower petals for a head. While it is eventually revealed that this sadistic animator is none other than Bugs Bunny, the cartoon is really a love letter to the possibilities of animation as a form, as well as the relationship between artists and their creations. 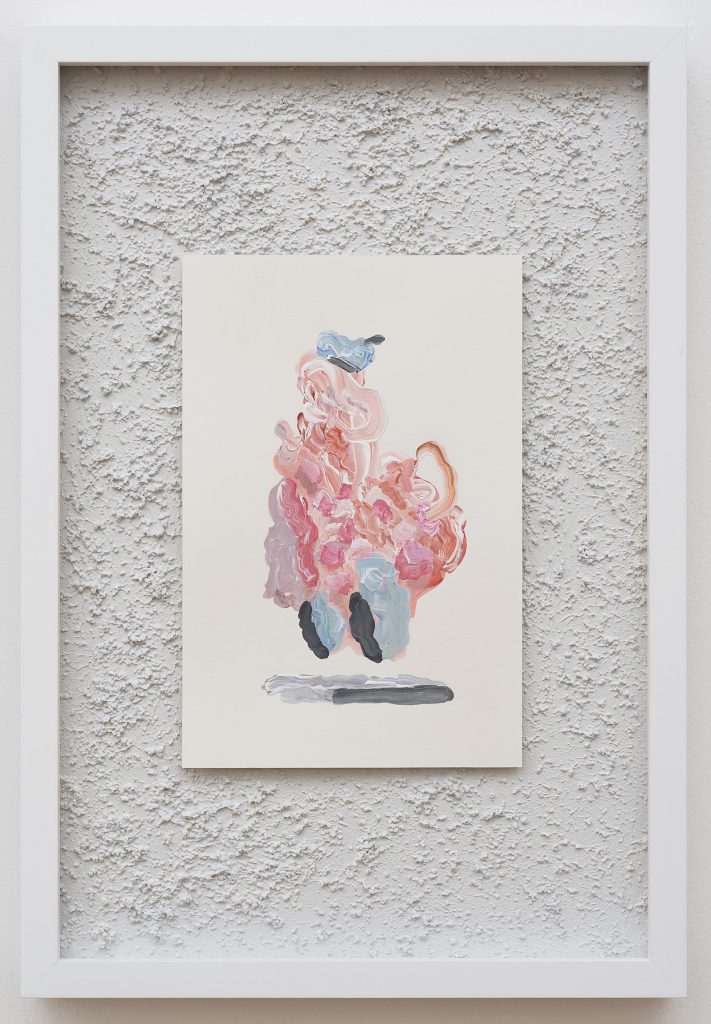 A similar scenario plays out in Lilli Carré’s recent two-part show at Western Exhibitions, “Salves” and “Jill.” The former is a collection of paintings, digital prints and sculptures that find what could best be described as corporeal and cartoonish forms in states of dysmorphia. The paintings, all small figurative gouache works on white paper mounted to white stucco in a frame, feature various characters and bodily forms existing as blobs of painted streaks and swirls. The figure in “Curdle,” complete with Donald Duck hat, pants, shoes, but no other recognizable features, seems aware of its situation, leaping into the air in either joy or terror. Even the figure’s shadow seems slightly off. The terracotta sculpture filled with Pepto-Bismol, “Maximum Strength,” recalls Brancusi, but in a riotously funny reminder of the peptic distress such modernist forms would besiege on a such-figured body. 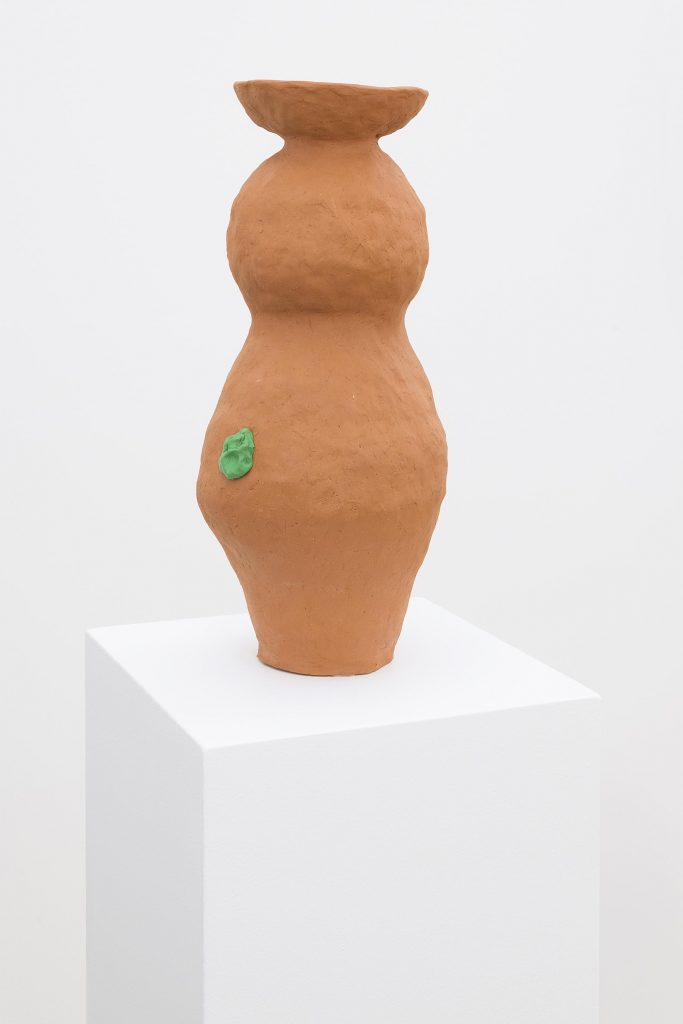 “Jill,” a seven-minute film, takes the exhibition’s theme of Carré’s authorial complicity in these warped cartoon bodies and forms to its logical conclusion. Throughout the film, Carré’s offscreen voice gives a CGI-generated female figure simple commands—“raise your right foot,” “touch your nose”—only to see the figure fail time and time again on account of her programmed makeup. When Jill touches her nose her finger goes through her face, when she is commanded to look at the viewer from behind her eyes float off of her head. Jill’s inability to rise above her own formalism, compounded with her terrifyingly unrealistic realism—an “uncanny valley” effect somehow more unsettling than the feature film “The Polar Express”—is both comic and tragic, imploring the viewer to consider not only the kind of readings that we expect from the art we interact with, but also the way the artist bends, shapes and stretches their work to fit their own expectations. As the puzzling trend in animation toward making cartoons more lifelike continues (think Pixar or DreamWorks), Carré seems content to exploit a middle ground, giving her cartoon forms the ability to either live up to their anthropomorphic possibilities or attempt to abandon them, leaving us wholly aware of the stress such an endeavor might cause. (Chris Reeves)