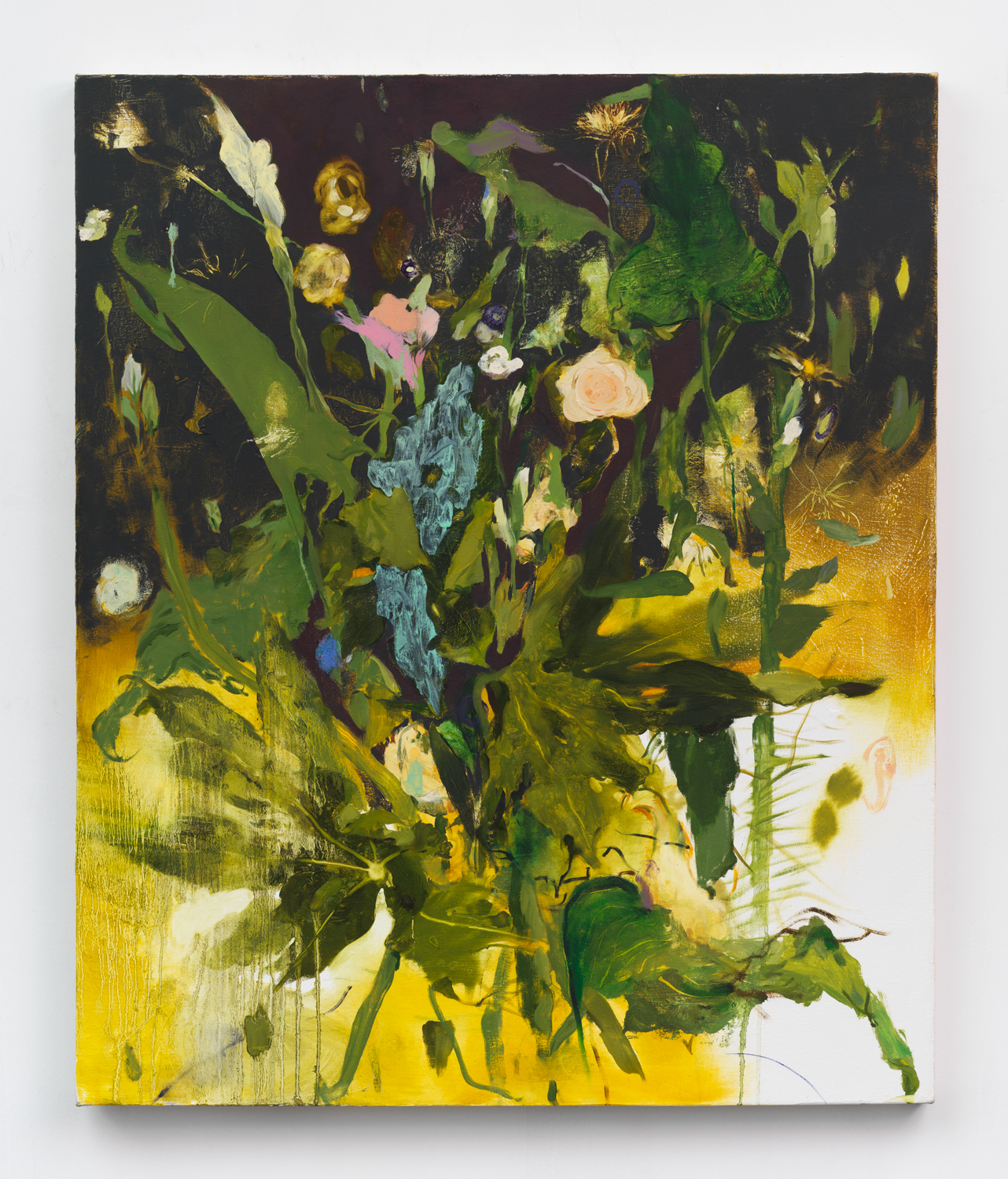 The subjects of the paintings in this solo show are understated. Figures are frequently at one with their environments—not just because of their relaxed, natural poses—they also often literally blend into their surroundings, as they share the same plane of color. Others quietly depict funerary bouquets, impressionistic still lifes with occasional pops of bright hues.

This is Packer’s first solo institutional exhibition, and Chicago should feel lucky to claim that honor. Only five years out of her MFA program at Yale, the New York-based artist’s talent is palpable. The scenes she paints are subtle, intimate and extraordinarily moving. She renders everyday moments, making them feel significant, as in “April, Restless,” which tells a story about its subject with just a handful of details. The figure of April takes up much of the canvas, depicted almost entirely in yellow, with darker lines detailing where her figure ends and the background begins. The yellow bleeds into the scene behind her, giving off a glowing air of holiness. To her left sits an old-fashioned typewriter and a bouquet of flowers; to her right an Annie Dillard book. April looks at the viewer with a deadpan gaze, one hand in her lap and the other hanging by her side.

The paintings illustrate Packer’s attention to detail, as does her use of language. “Tenderheaded” is a word used to describe people with scalps that are sensitive to getting their hair done and is usually used in reference to black women. Yet the word could also speak to the sensitivity and delicateness Packer uses to depict her subjects, the quiet moments immortalized. Her work is often described as tender, a word that is always striking when I encounter it; it makes me feel vulnerable. “It is in your self-interest to find a way to be very tender,” Jenny Holzer wrote in one of her now famous ”Truisms” (1978-87). Packer seems to have taken this to heart. 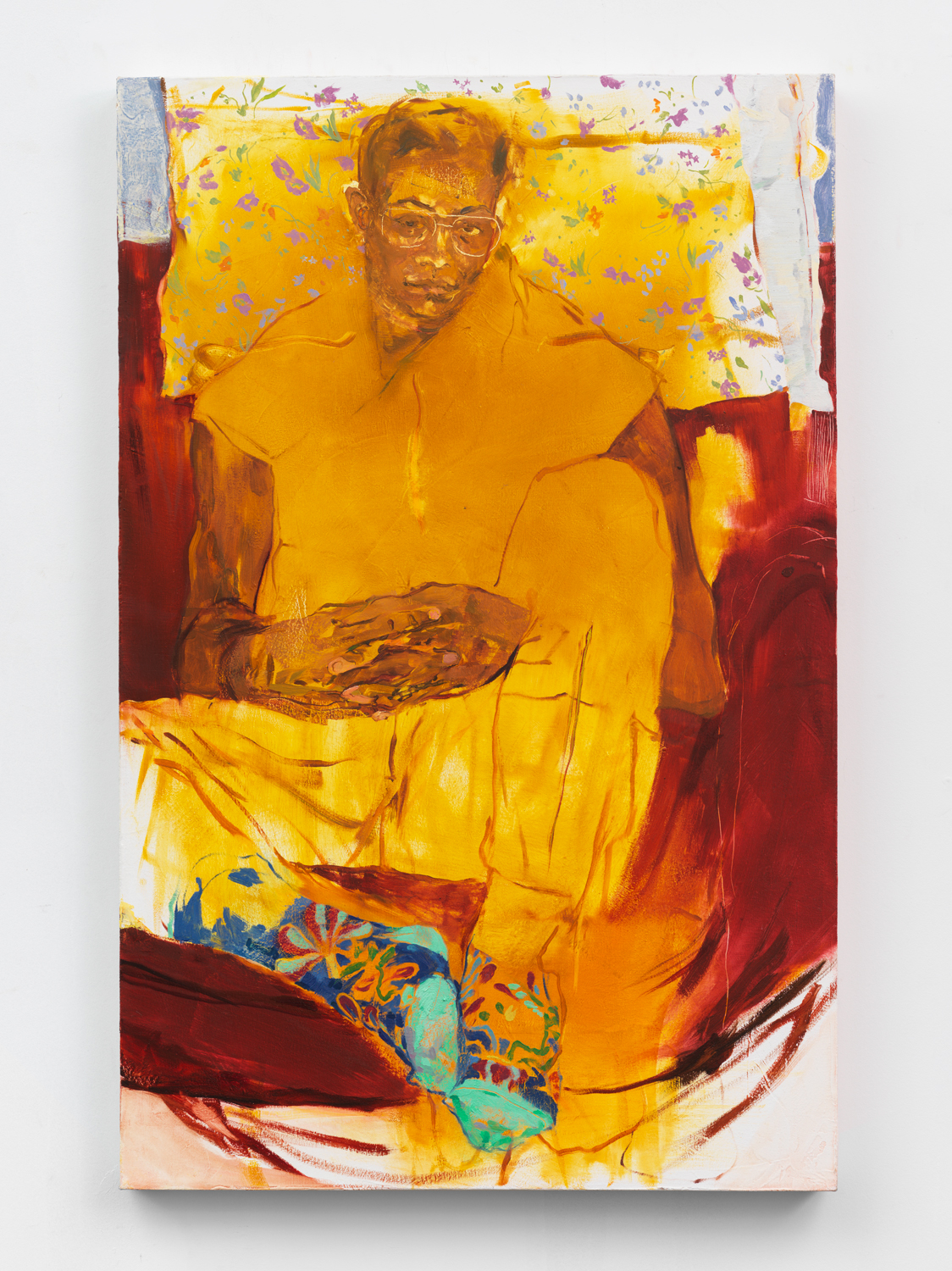 Her funerary bouquets are inherently sad, as they portray not only a death but it’s fleeting memorial. One of the most striking is “Say Her Name,” which takes its title from the social media movement calling on people to publicize the names of black women killed by police. The bouquet, of blue and pink flowers and greenery, seems to be exploding from the center of the piece. Lighter spots of paint fly from the arrangement, and green stems stick out in every direction, almost as if hit by a violent blast.

In each of these paintings, Packer is solemn. Her work shows the quiet moments of life, and death, granting each the respect they deserve. Through her attention to detail, loose lines, and the scenes she chooses to represent, Packer offers the viewer a moment to be vulnerable, to share in these intimate moments. The paintings help us find a way to be tender. (Kerry Cardoza)