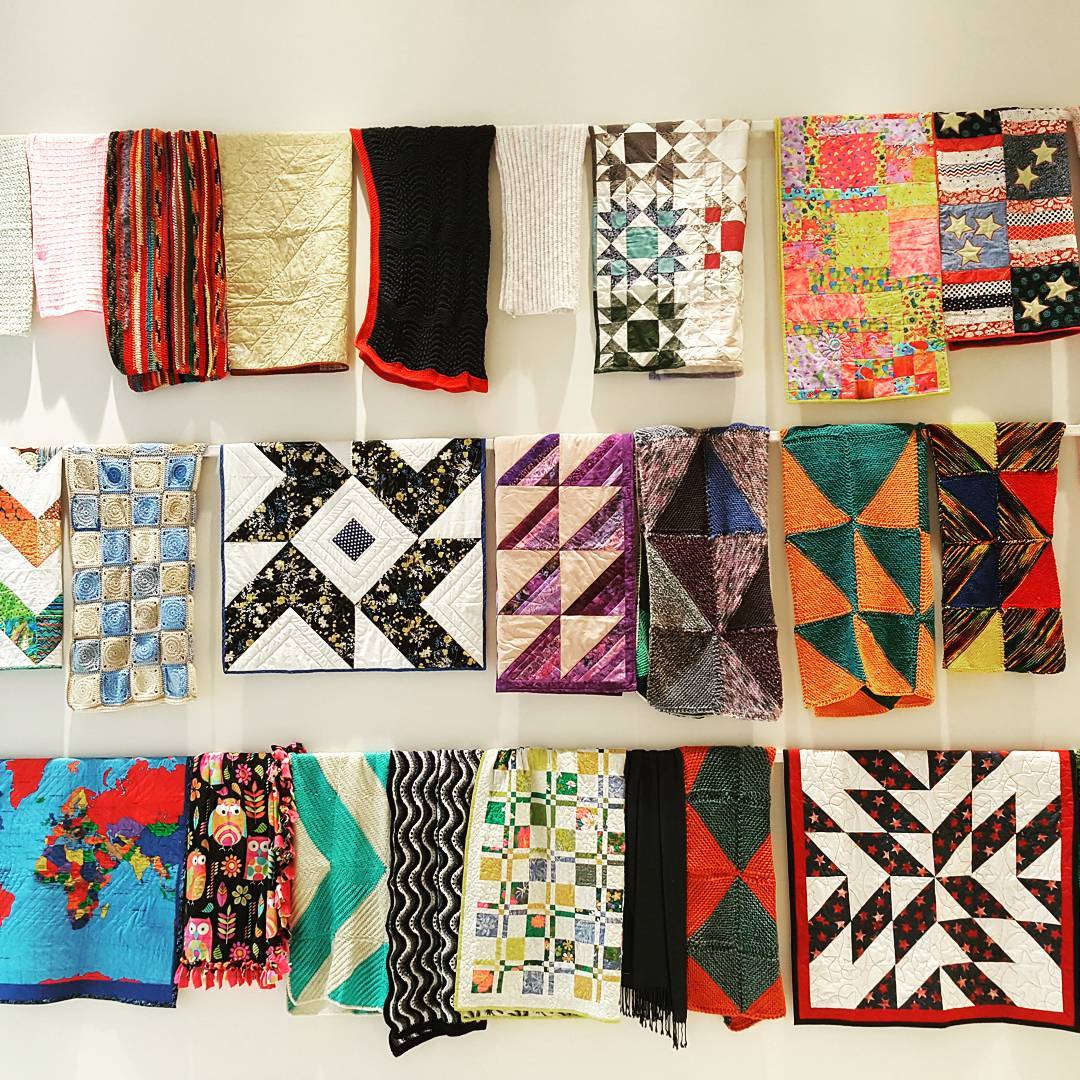 If there was any doubt about the importance of public art in 2017, January’s post-inauguration protests were a compelling lesson in the power of making beliefs and ideals creatively visible on the public stage of the city. A quarter of a million demonstrators converged in downtown Chicago on the Saturday following the swearing-in of the forty-fifth President of the United States. The Women’s March on Chicago was one of hundreds staged worldwide on that day, with cumulative global attendance estimated at nearly five million, dwarfing the crowd that showed up in the nation’s capital to celebrate the first day of the new regime. To many, January 21, 2017 felt like the beginning of a new chapter in American politics, with public engagement not seen since the height of the 1960s counterculture.

However, among the myriad differences between January’s demonstrations and the riots against the 1968 Democratic National Convention that put Chicago on the map for inventing the “police riot”—a violent disturbance instigated and escalated by the police—was the level of high-level coordination involved in planning this year’s protests, including their costuming. Many—but by no means all—of the women who attended the Women’s March rallies wore the insignia of an affiliated organization, the Pussyhat Project, an open-source knitting pattern for a pink, cat-eared head-covering meant to “provide the people of the Women’s March on Washington a means to make a unique collective visual statement,” according to the Los Angeles-based organizers Krista Suh and Jayna Zweiman. Had Abbie Hoffman asked the Yippies to match his signature American Flag button-up when they converged on Chicago, the protests would have appeared more than a bit Fascist. 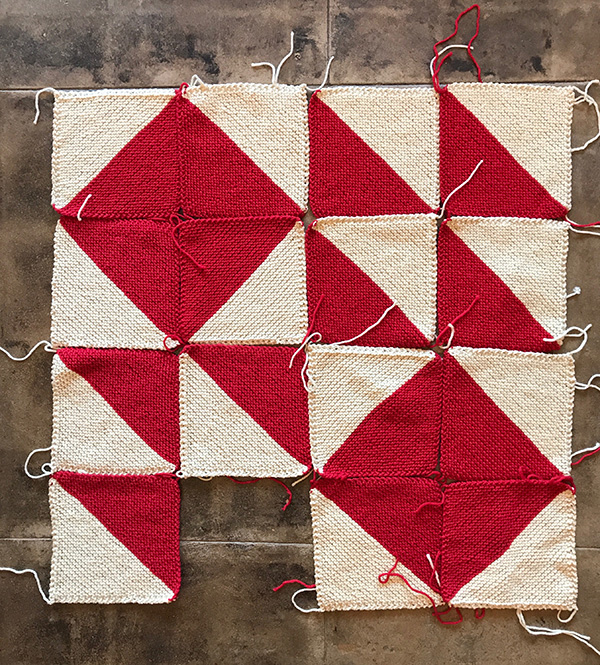 Zweiman, a Harvard-trained architect and designer, has returned to knitting-as-activism with “Welcome Blanket,” a project hosted through the end of the year in the galleries of the University of Chicago’s Smart Museum of Art. The premise is strikingly similar to that of the Pussyhat—a beginner-friendly pattern is provided free for knitters to download and self-produce. The “Come Together Blanket” is a simple grid of knit squares lashed together to make a forty-by-forty-inch blanket suitable for warming one’s lap on a chilly winter’s night. Knitters are encouraged to improvise from the pattern, a marked departure from the Pussyhat Project’s insistence that the hat, whatever its style and material, must be pink.

The “Welcome Blanket” project aims to procure a little more than three-thousand lap blankets, a number estimated to correspond in yarn-use to the approximately 3,500,640-yard-length of the recently proposed Mexican border wall. The blankets, each with a tag indicating the name and location of the maker as well as their family’s experience with immigration, migration, or relocation, are to be displayed in heaps in the Smart Museum’s galleries until December 17, when they will be “distributed to refugees and other immigrants through resettlement organizations,” according to the project’s website. 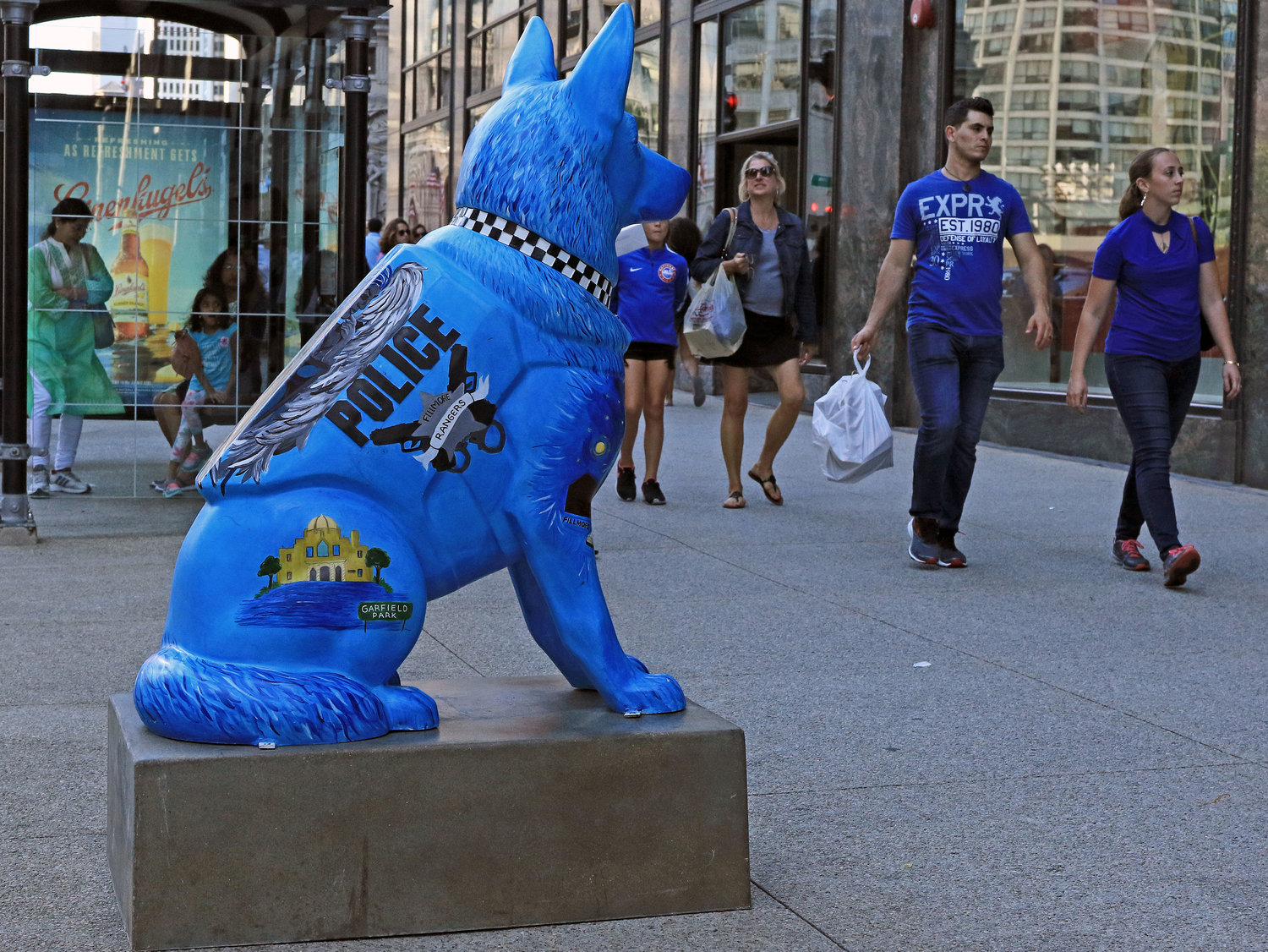 Setting aside the utter lack of clarity regarding how and to whom these blankets will be distributed after their five-month gallery presentation, the premise of the project is deeply unsettling for its careless conflation of the kinds of people who have experienced forms of relocation to and within the United States. A “refugee” and an “immigrant” are as juridically distinct as cats and dogs, and even within the two categories exist seas of vastly different legal statuses, not to mention personal experiences. According to the 1965 Immigration and Nationality Act, a “refugee” is a person who is unable or unwilling to return to his or her home country because of a “well-founded fear of persecution.” For example, a Syrian fleeing the clutches of the Islamic State and the Assad regime—not to mention the American-led coalition that has killed thousands of Syrian civilians since 2014—might qualify as a “refugee,” though she would have to navigate the United States’ excessively complicated asylum-seeking process before earning that distinction and its meager benefits. In contrast, an “immigrant” is anyone who has moved from her country of birth or citizenship to a different one, regardless if the stay is legal or permanent. By virtue of their journey, a family coming to America from Afghanistan in the late 1980s to escape the country’s civil war would have become immigrants as soon as they landed in the United States and would remain as such even after they successfully applied for and earned citizenship. A Mexican citizen who manages to cross the militarized U.S.-Mexico border is likewise an immigrant, whether or not she chooses to seek permanent residence, citizenship or elects instead to remain undocumented.

The implications for these distinctions on an art project that purports to proffer hand-knit “welcome blankets” to refugees and immigrants without a care for the nuances of their differences is a facile, thoughtless project aimed more at the pride of its participants than the hearts of those it pretends to shelter. The notion that immigrants and refugees are categorically lacking in the most fundamental human needs insults the hundreds of thousands who have come to the United States and, despite the truly unlikely odds presented by a racist, capitalist society, have established their lives and their families here. Alonso Guillén, who came to the United States at age fifteen and who died last month rescuing survivors of Hurricane Harvey in Houston, had lived in the country for sixteen years and established his career as a local radio host in a small town north of Houston. What is a blanket to this “Dreamer,” whose tenuous legal status was obliterated last month along with his life and the city he sought to save? 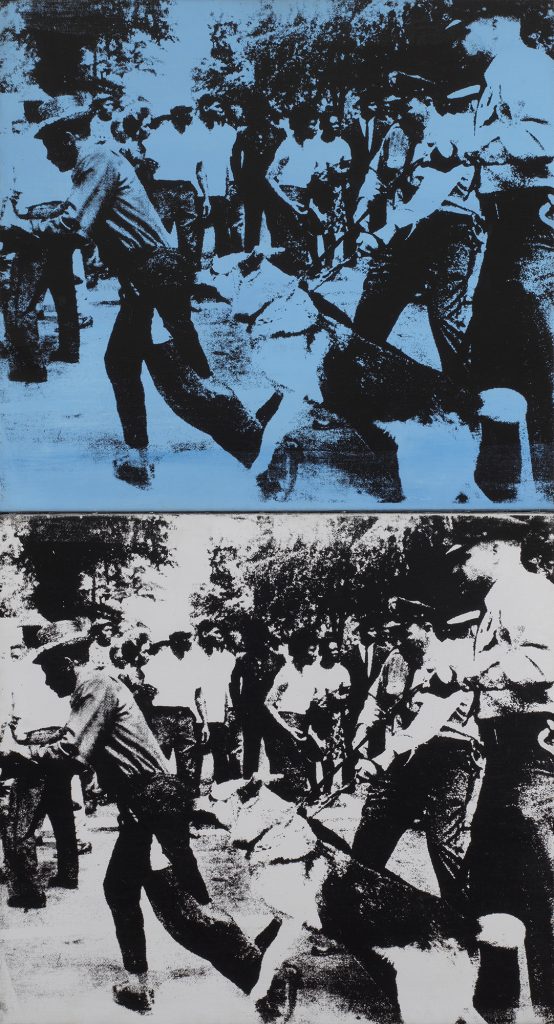 A few days after this year’s presidential inauguration, the Chicago Police Memorial Foundation and PAWS Chicago unveiled a massive, downtown public art project of dozens of larger-than-life fiberglass sculptures of German Shepherds sponsored by local businesses and organizations and customized by artists. The soon-to-be-auctioned K9s For Cops sculptures are meant to memorialize Chicago’s police officers killed or injured in the line of duty, supporting the families of these victims while also contributing to the work of PAWS in sheltering animals and providing veterinary services to pets in underserved communities. The gesture was full of good intentions, but not unlike Zweiman’s knitted blankets, the image strikes at the heart of a troubled organization’s inability to connect to the public it ostensibly intends to serve. The German Shepherds, standing at nearly five-feet-tall and sporting thick vests not unlike the body armor worn by on-duty officers, make for an intimidating presence in downtown Chicago, the site of many of the protests at which such creatures are conscripted by police for intimidation. Even when the artist’s design deliberately obscured the vest and the raised “POLICE” lettering on it, the fleet of surrogate security canines sends a message of force to an area rocked by demonstrations this year and last.

“Inclusion” is a watchword of today’s struggle against oppression, but the term means nothing if it flattens the differences among those who seek a more just future. All artworks have their intended audiences, and the true nature of an artwork’s address will encode its intention far more directly than either an artist or an institution is willing or able to say. There is a painting by Andy Warhol hanging in the Art Institute titled “Little Race Riot.” Warhol made it just after the Birmingham unrest of 1963, when people of color and their allies protested against the terrorist bombings targeting African-American leaders of the Civil Rights movement. In each of the two panels, the image shows a black protester being bitten in the leg by a German Shepherd kept on a leash by a white police officer. The painting is based on a press photo taken during the riots, and Warhol presented the lurid and sensational image in duplicate. Perhaps he meant only to double-down on the banality of its sensational violence, but fifty years later, this image bears repeating.