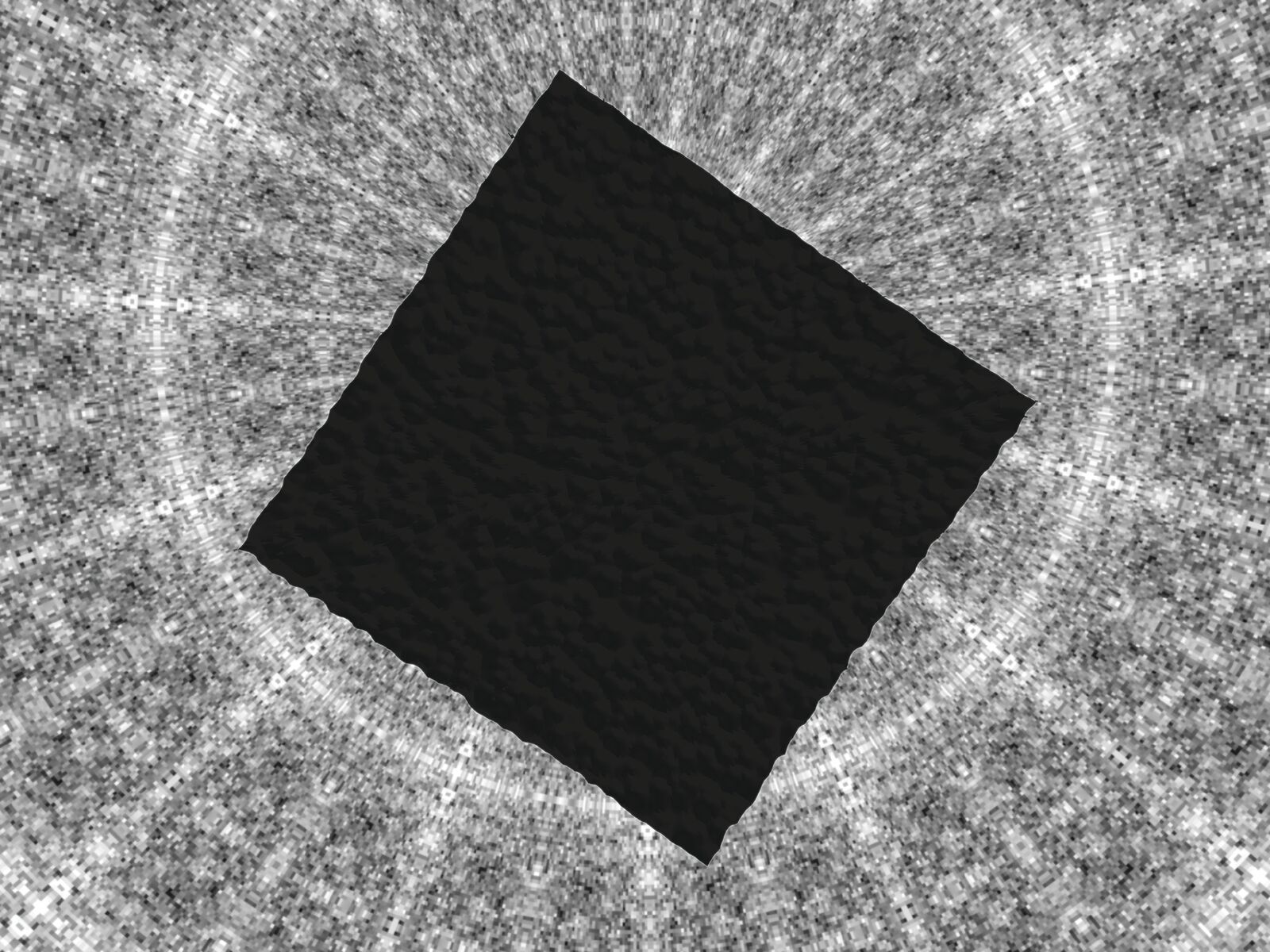 As Gil Scott-Heron noted in 1970, not long after the flight of Apollo 11, middle-aged white guys tend to be more concerned with outer space (“Whitey’s on the moon”) than with social justice (“A rat done bit my sister Nell”). And the same might be said about the art showing at the Riverside Arts Center. Speculative pieces are interwoven throughout the gallery emphasizing spaced-out similarity rather than the individuality of the three artists.

Mastering old-fashioned media like tempera, oil paint or graphite, Dan Gamble’s work is the most formally intense. His smaller works feel rare and beautiful—like medieval illuminated manuscripts of esoteric cosmology. His large piece, “Cascade,” seems to belong behind a diorama of alien life forms in an intergalactic natural history museum. The objects he depicts inhabit other dimensions as well as other worlds, with a pictorial space that runs to infinity along every axis.

George Blaha has mastered the more recent medium of three-dimensional computer graphics. His work appears to be the photographic documentation of various wood, metal and stone sculptures. I was disappointed that I could not see the real thing. Eventually, however, I realized that these pieces exist only in cyberspace. They would serve well in the art gallery of a trekking starship that cannot afford to haul chunks of stone and wood around the galaxy. Here on planet Earth, I can admire the mastery of recent technology, but with one exception, my experience with Blaha’s work is no more satisfying than hearing a good joke.

Duncan Robert Anderson is even more of a conceptual artist. One piece asks us to contemplate “Rod Serling crossing the River Styx to initiate Negotiations.” A figurine of a figure carrying a briefcase stands on the edge of a platform; behind him are the ruins of toy-sized Greco-Roman temples. Careful inspection seems unnecessary—the features of the figure are too tiny to be seen without magnification—and even then would be indiscernible if the piece were illuminated by the blue light which the artist originally intended. There’s nothing much to see, and is there really that much to think about? Were Rod Serling’s paranormal fables as profound as the classic mythology that sent Odysseus, Orpheus, Aeneas and Jesus on similar missions to the Underworld? Can the contemplation of human destiny be nothing more than a wry joke?

A feeling of loneliness and isolation runs throughout the exhibit. Perhaps that’s all that’s left for middle-aged white men to express if they don’t feel angry and resentful. The world is moving forward without them. There is, however, an East Asian tradition that validates and even encourages older people to withdraw from the world. George Blaha quotes a Buddhist sutra in his artist statement, and his piece “Big Finish” is a striking depiction of conscious nothingness. Emptying the mind is not the same as being empty-headed. It’s a serious discipline that allows one to better experience the new and unexpected. Not only old white guys can benefit from such a practice. (Chris Miller)