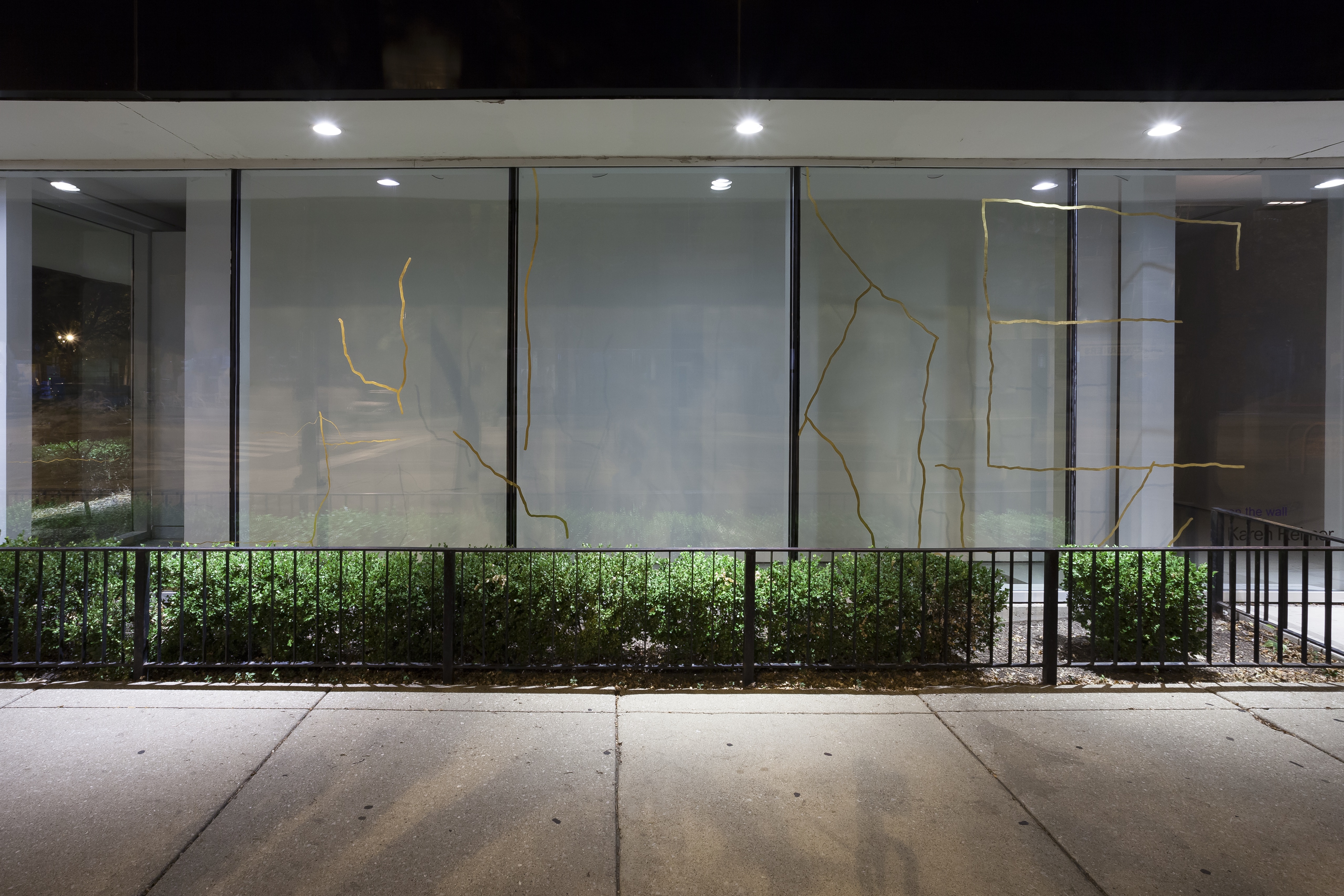 The work is understated, or as understated as anything involving twenty-three karat gold leaf on a gallery window can be. Snaking across the gallery’s glass facade like ornate veins or tempered lightning, the golden lines are re-creations of the wounds afflicting the damaged foundation of Ukrainian Village’s nearby Holy Trinity Orthodox Cathedral, cracks in its foundation brought on by the settling of the church as the severe drought of the aughts turned northern Illinois into Ezekiel’s Valley of the Dry Bones—the soil cushioning the cathedral withdrawing just as the flesh had departed from the prophet’s ad hoc army. These scars are evidence of ecological suicide transposed, shimmering, into our social sphere and along windows that suffered the same scorching fate. Reimer flips the orientation of the wound, from the cathedral’s northern facade to the gallery’s southern window, and their gleam brings the Louis Sullivan-designed dome down to earth, adding crucial immediacy, the pious made pedestrian. A closer examination reveals a subtle, manicured aging to the gold leaf, a delicate accumulation of damage by a human’s hand analogous to the creeping death faced by all of creation. 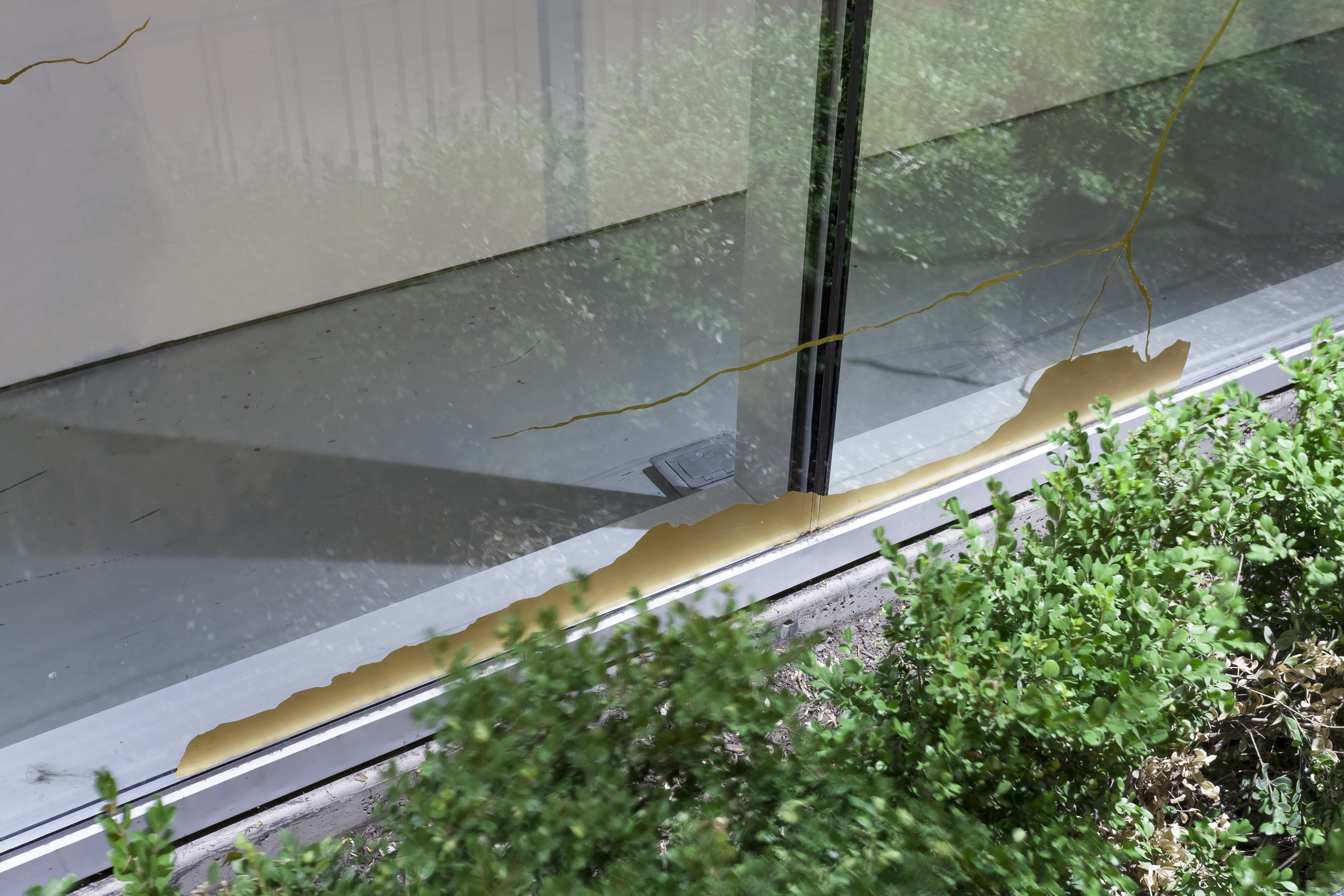 Both our literal and social climates are exhibiting fault lines. It is easy to imagine the window, the nation, the world falling apart along these stress fractures. Reimer’s choice of gold, however, adds an element of hope to the show, a suggestion of Kintsukuroi, the Japanese art form of beautifying repair, wherein gold leaf is used to bond broken pottery, the damage enshrined and drawn upon, becoming part of the object’s beauty. While it requires vision—and faith, and a willingness to give breath to the seemingly dead—one can see, embodied in Reimer’s Aurelian wounds, the potential for the pressure and, yes, even the pain, to allow us to emerge stronger. Reimer’s “Droughtscape” is a quiet—perhaps too quiet—call for an answer to a crucial choice between succumbing to our wounds or strengthening through them, hypertrophy or literal and figurative death. (B. David Zarley)