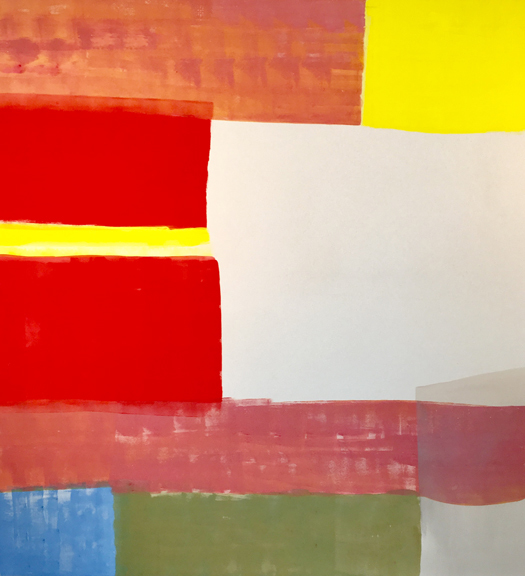 There is something childlike about this exhibit, as if a ten-year-old had roped off a corner of the basement to make a playhouse with strategically placed reading lights and colorful strips of cloth hung from the ceiling. Anna Kunz often works with the interaction of light and fabric and her installations have sometimes been called upon to enhance music and dance performances. Last year at Cleve Carney Art Gallery, she covered the corner windows with a patchwork grid of variously colored translucent fabric. That installation made a banal architectural space feel even more so. In this exhibition of paintings, however, her design is confined by the edges of each canvas, and though this format is more conventional, the results are fun, alluring and mysterious. 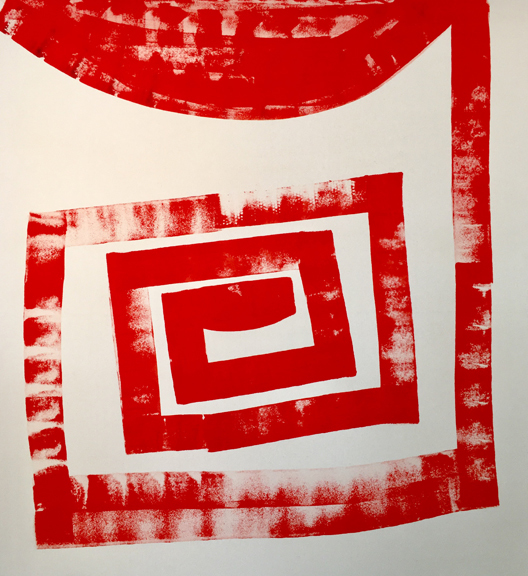 All seven pieces fall within a body of work she calls “Porous.” Rectangular shapes are established by applying thin acrylic paint to unprimed canvas. Light, rather than texture, is the primary issue and saturation is a key element in the design. Each of the colored rectangles seems to represent a dramatic character: Mr. Yellow, Mr. Pink, Mr. Blue, etc. And just like that great neo-noir film “Reservoir Dogs,” she never lets the audience down. Graphic precision keeps the tension up, though this story is more like a situation comedy. Her edges, sometimes overlapping and soft rather than hard, feel casual. Her areas are mottled and breezy rather than solid and heavy. Each painting is a happy community of colorful characters who are nearly predictable, but not quite. Mr. Yellow appears to be the star of the show. In “Her Mirroring,” he is quite small and off to one side, but still, he is clearly the leader. The other colors would be lost without him. 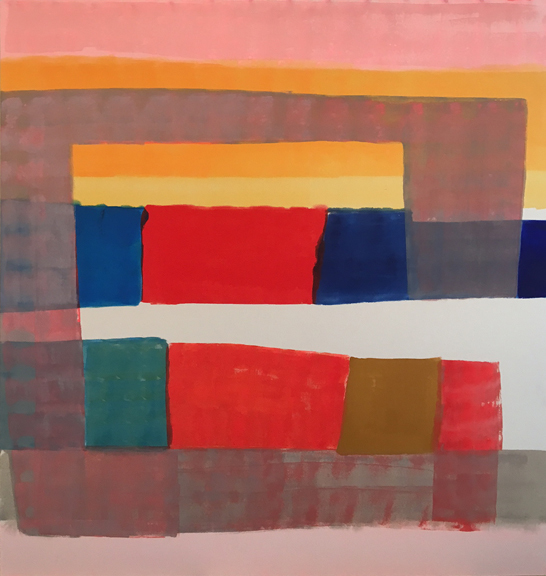 One piece, “Spool of Light,” is quite different from the rest. Instead of rectangles, it represents a theater curtain being drawn back to reveal a stage. Upon it, the colorful cast seen elsewhere in the gallery is possibly meant to perform. Yet when examined closely, even that curtain is putting on a fine performance—its tones and shapes are so finely drawn. Hung opposite it in the gallery, a monochrome red pattern, “Widening Gyre,” is spinning out from the center with a dynamic that imitates the natural growth of plants as well as galaxies. One may assume that her career is continuing to spin outward as well, and this collection of amusing rectangles documents just one stage in a long journey. (Chris Miller)