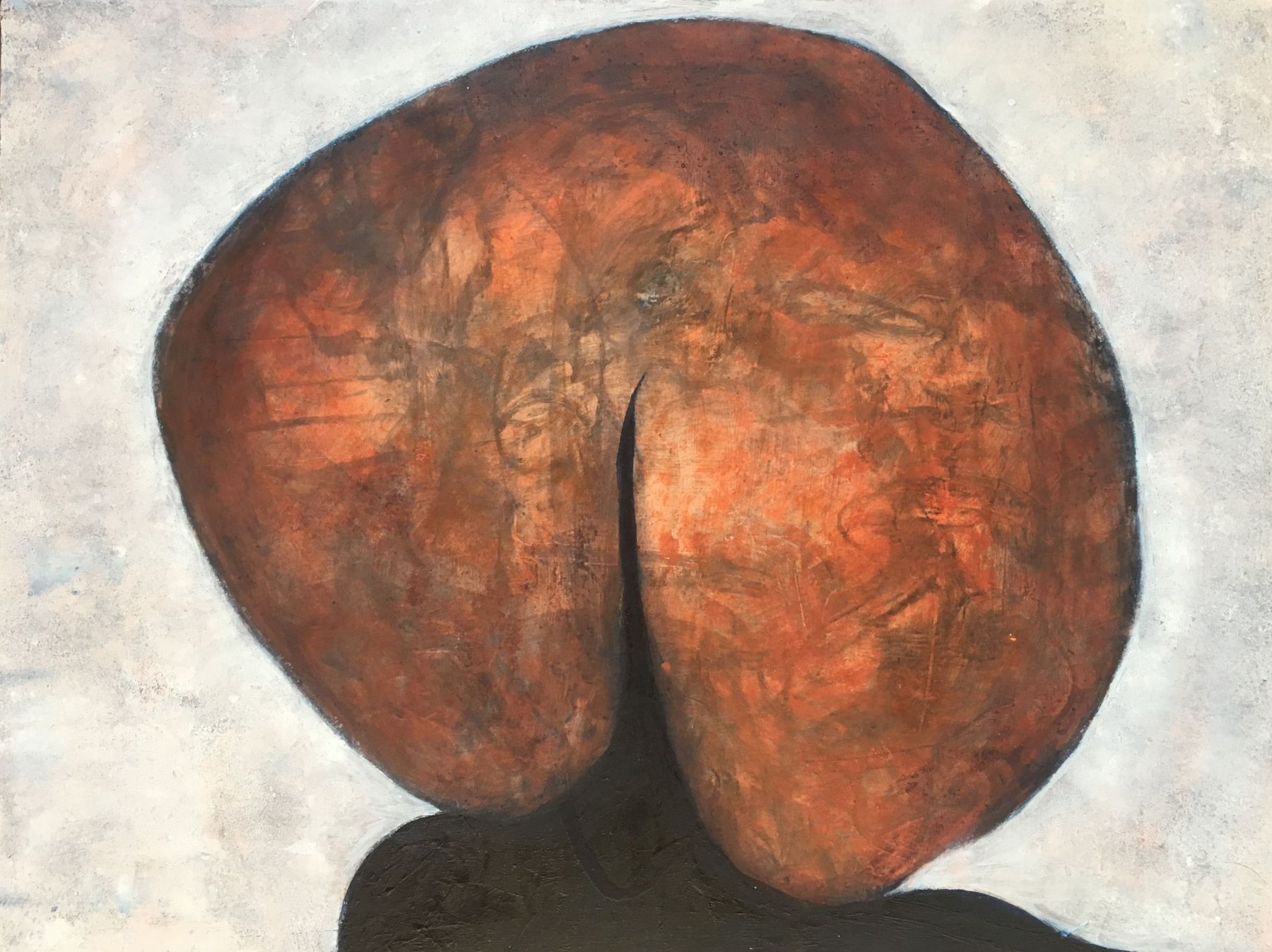 There’s quite a variety in the figurative art made by these seven women represented by Linda Warren Gallery, and that’s probably what was intended. Michiko Itatani carries forward the tradition of Chicago’s Monster Roster with some big, gnarly men of her own that she painted in the early nineties. Their clumsy, massive bodies incongruently fly through the air. In more recent years, she has found beauty in a celestial space free of men. Loretta Bourque picks up on the next generation of distinctly Chicago painters, the Imagists. She carries forward their popular imagery, slick surfaces and sexual obsessions. Her depiction of melon-headed chorus girls feels more attached to message than media, so her work is less visually satisfying.

Lora Fosberg appears immersed in the world of children’s literature. Her six pieces all feature a windblown young lady as she might appear in a book called “Jane Visits The Windy City.” Her pieces are crisply drawn, but like a good cartoon, their function seems purely narrative. Paula Henderson, on the other hand, seems immersed in the literature of serious scholarship, specifically semiotics. Her pieces seem to be experiments in figure recognition. Just what are those figures doing? Is it sex? Meditation? Nonsense? Possibly her work is advancing our knowledge of the human mind in its social context, though I doubt it will ever be cited in future research.

Judith Mullen also makes pieces that are on the verge of recognition but they seem less about analysis and more about fun. In a painting, we see what may be the tight buttocks of a young woman, or is it a large nut, like a buckeye? Her sculpture is even more entertaining as she represents a walking person in the most unlikely ways. The head is a rock—the leading leg is a cable bolted to a log—the wings are a mess of wire emerging from the back. Wings? Why does the damn thing have wings? The piece reflects the absurdity of life in the Trumpian era. 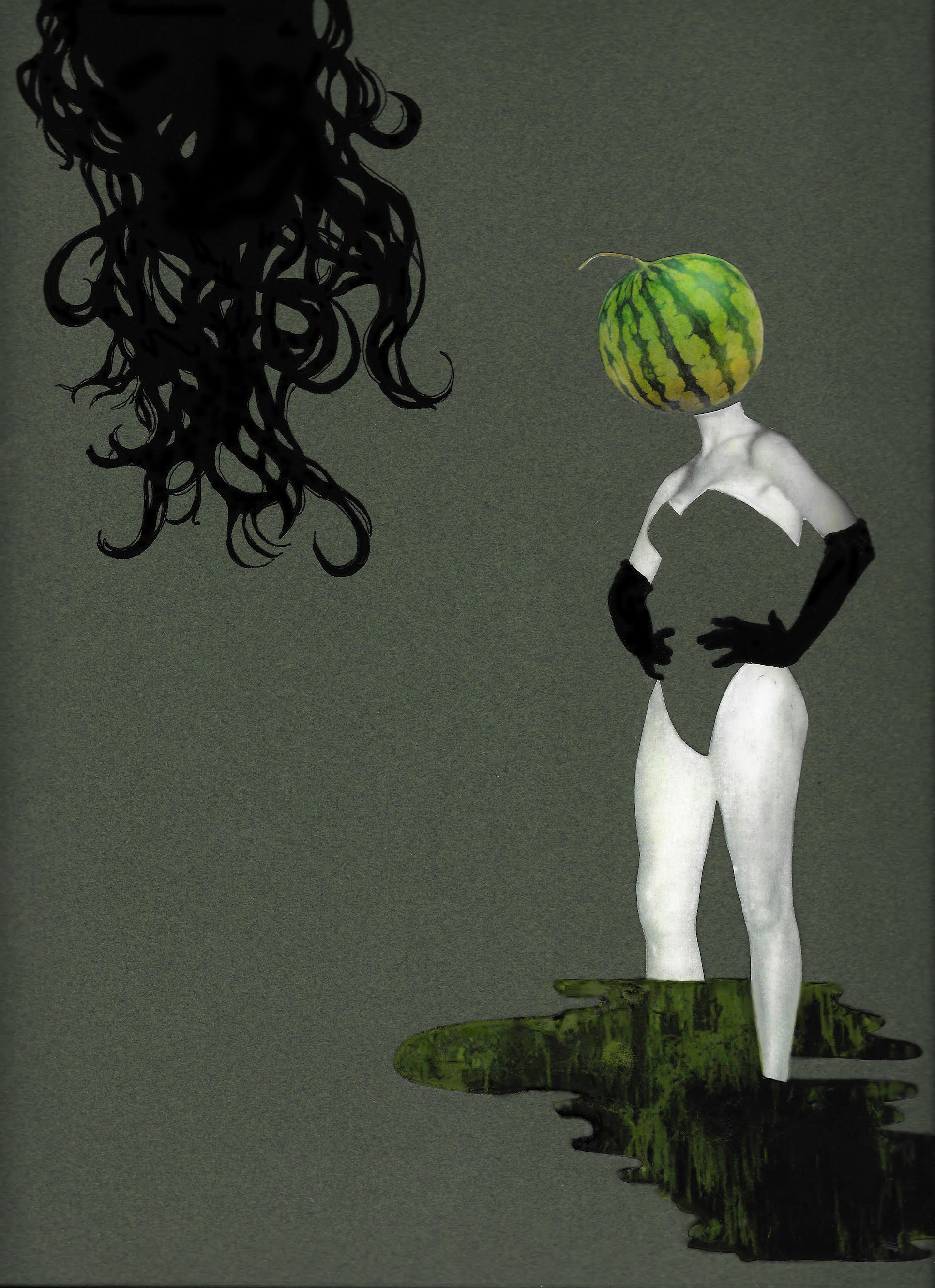 And then we have a Classical Realist, Jennifer Presant, who presents absurdity in a lucid, rational and recognizable way. She depicts that most unnerving experience in a co-ed’s life: waking up with a total stranger in your bedroom. She applies elegant figure drawing, spatial incongruities and a nearly monochrome technique of transparent red oxide over a blue-green ground. The results have the queasy, dim reality of a bad memory.

Unlike all of the above, the work of Megan Euker does not relate to being a contemporary American woman. But technically, it may be the most transformative. She applies the latest technology in three-dimensional printing and fabrication to fulfill that most ancient function of figure sculpture: commemoration. And she does it quite well, eliminating or enhancing details of a photo image in software until the finished piece feels as fresh and strong as good figure drawing. It’s a process that can produce multiples, all different, yet all of them good. One hopes the many public sculptors of politicians and athletes will follow her example to express character rather than finicky details like belt buckles and shoelaces. (Chris Miller)