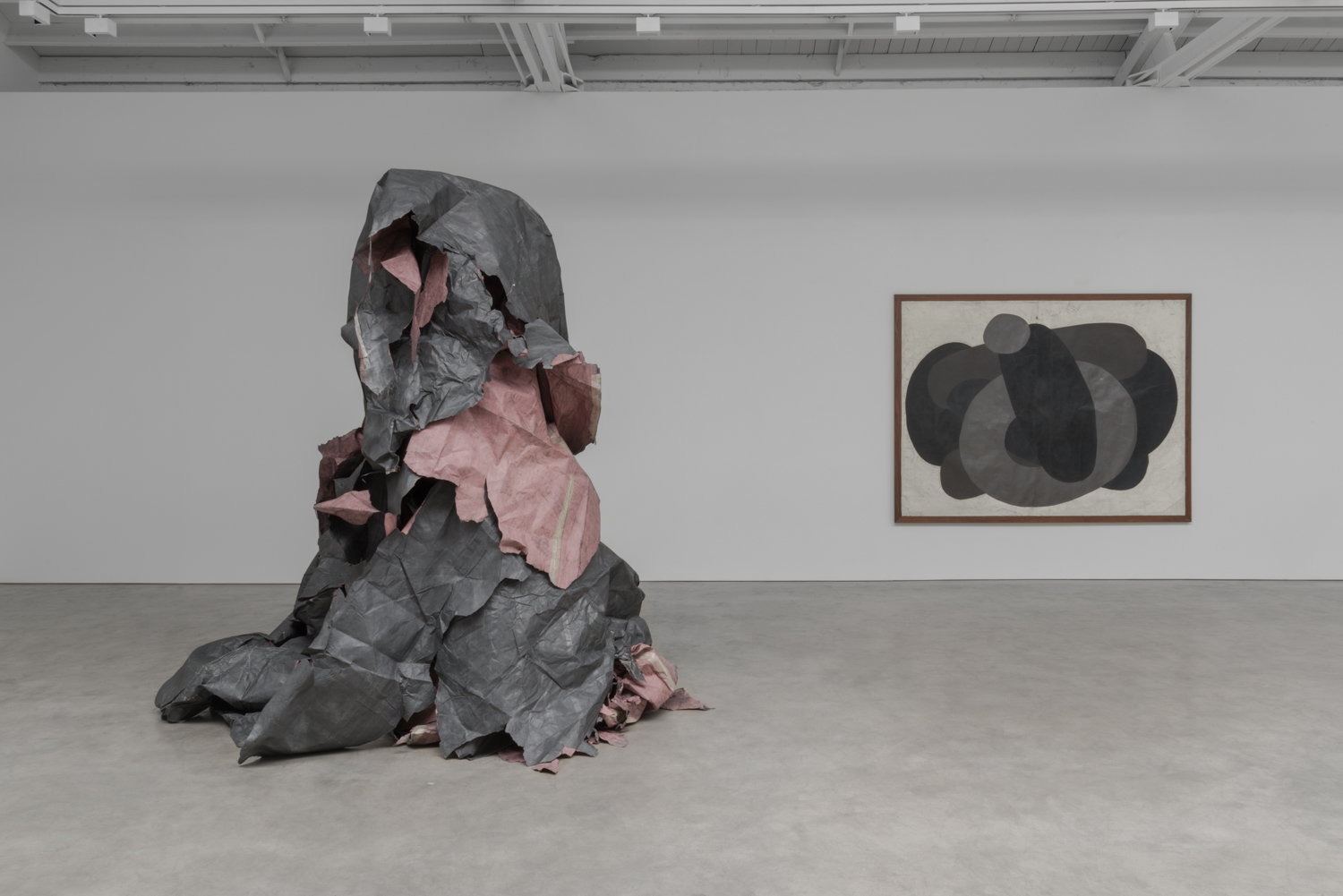 Large graphite drawings hang on the four walls of this spacious South Loop gallery. Although seemingly abstract in composition, these five pieces use the symbols of John Robert Gregg’s method of shorthand for their varying, overlapping and bisecting shapes of black, brown and grey. Each set of forms, drawn on paper and mounted on wood, represent the elliptical marks used to dictate expressions of laughter, and the titles of each of these five drawings (“Hardy Har Har!” “He He!” “Ha!” “Ho Ho!” and “Hm Hm!”) reiterate this. Comprising one half of Tony Lewis’ “Howling,” these works reference humor, while the rest evoke fear.

Those familiar with Lewis’ work will recognize the floor drawings that make up the three towering piles of paper in the center of the gallery. Once used as floor covering in his 2015 exhibition “Pall,” these same drawings, as if pulled up by a god hand, ascend above human scale to create a silent yet prescient feeling of terror with their imposing heaviness and history. Although these sculptures are not titled, their forms, like the paintings, reference a particular image not immediately legible upon first encounter. Lewis refers directly to Francisco Goya’s aquatint etching “Here Comes the Bogeyman” (1799), wherein a Spanish mother invokes the folkloric monster coco to frighten her two children into obedience. From Goya’s famous and influential “Los Caprichos” series, the image ridicules the stand-in of superstition for education. The Bogeyman figure’s appearance contains no traditional human qualities aside from scale, and in this context provides Lewis with a figure he can build using his preferred medium and materials to presumably reflect similar themes. 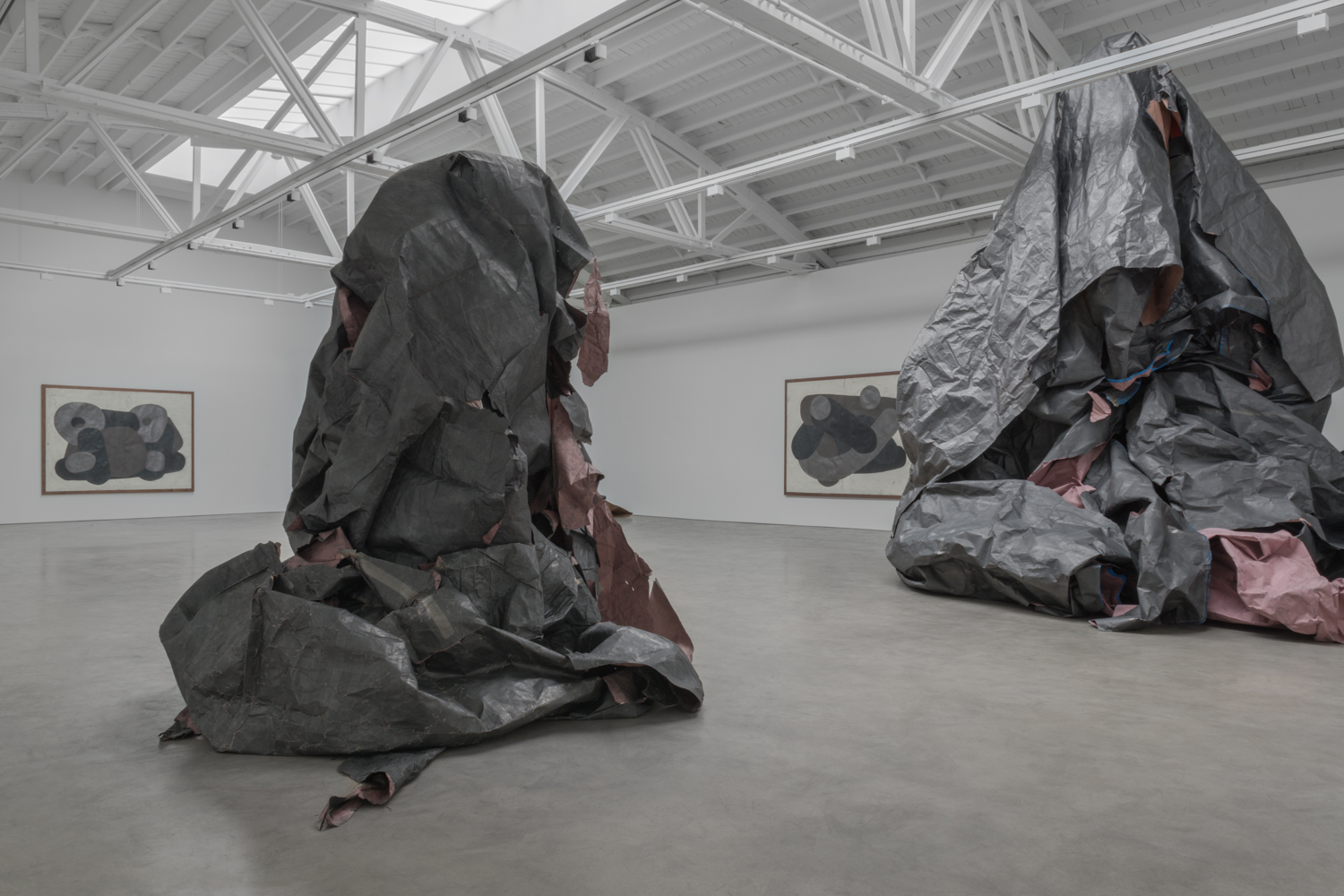 His third exhibition with Shane Campbell, “Howling” reaffirms Lewis’ ability to make profound commentary with graphite and pencil that far exceeds familiar capacities of works on paper. For example, the untitled drawings, now molded into the semblance of figure and flesh, speak in their own language to remind us to laugh but also to lock our doors. The drawings on the wall read as laughter, but also as hysterics. In the past, Lewis has addressed issues of authorship, race and class, but now without immediate text-based sources, he uses broader, more ethereal themes that echo these familiar concepts. Important to remember is that Goya’s piece is a critique on social control through fear, and Lewis proves with paper that these totems are insubstantial in the service of terror. Minimal in presentation, “Howling” uses complex source materials to produce a noise of the highest decibels echoing the shouting down of political protest with authoritarian intimidation. However, Lewis does not disparage but instead works to empower the viewer with this reality. Made manifest through material synonymous with erasure, one hopes that the laughter in the space acts as a protest, and will ultimately sound out louder than the speech of scarecrows. (Ryan Filchak)