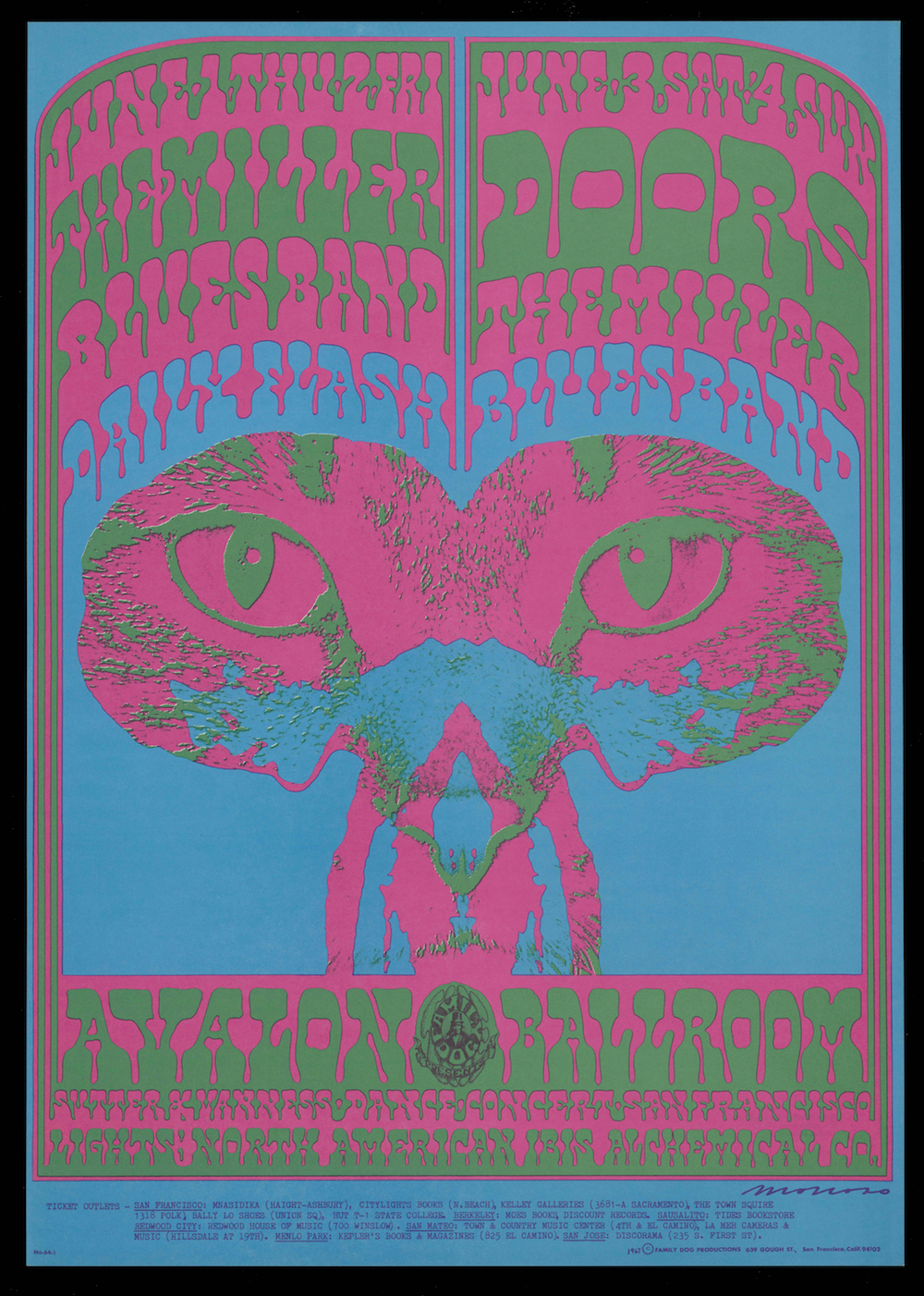 High on a wall in the gallery, these words are spelled out in the Classical elegance of a serif typeface: “If the doors of perception were cleansed, every thing would appear to man as it is, infinite.” I’m not sure why we’d want to see things that way, but if we did, Blake never told us how to get there, we have to figure it out for ourselves. In 1954, Aldous Huxley wrote a book about his experiences with mescaline and titled it “The Doors of Perception.” In deference to that psychedelic pioneer, Jim Morrison named his rock band “The Doors.” Did Morrison have any other interest in William Blake’s ”The Marriage of Heaven and Hell” (1790-93), from which that phrase was excerpted? Saturated with the mytho-poetry of the King James Bible and John Milton, William Blake had nothing to do with psychotropic drugs. 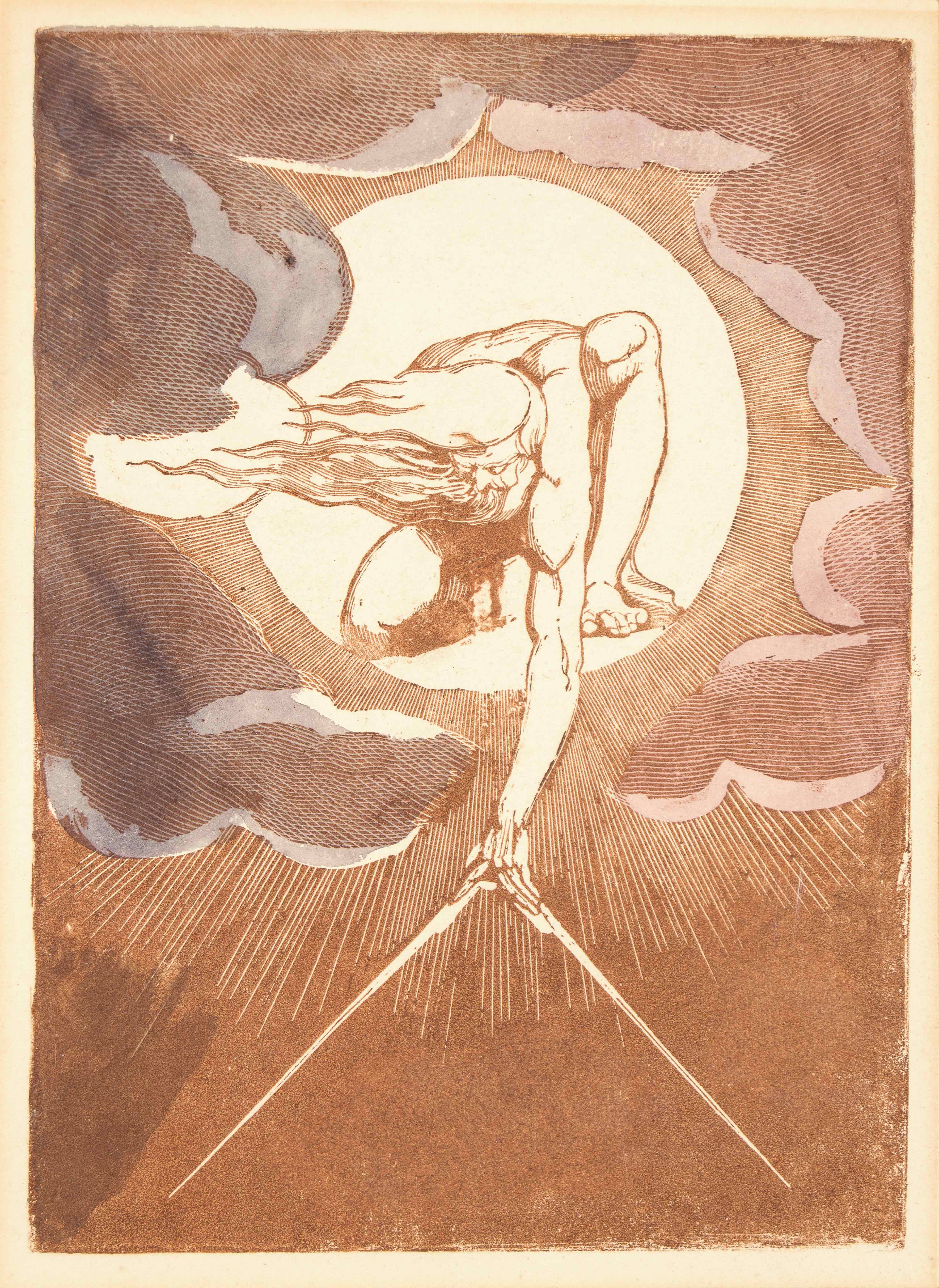 Despite Blake’s style of narrative figuration based on his training at the Royal Academy, most of the painting in this show is nonfigurative. The visual connection to Blake mostly appears to be that fearless idiosyncrasy that is ubiquitous in contemporary art. A few pieces do seem to reflect the spirit of Blake’s vision. Two paintings by Clyfford Still, though not large, feel cosmic in scale as they suggest bolts of electricity rending the heavens. There is an equally intense piece titled “Song of Innocence” (1957) by Jay DeFeo, done just before she began her ten-year project, “The Rose.” She did indeed “see the World in a Grain of Sand,” as Blake wrote in “Auguries of Innocence” (1803).

The most Blakean figurative art here is by Maurice Sendak, who illustrated Blake’s “A Cradle Song” (1793) with a bower full of cute children. Its intended audience, however, seems to be the children themselves rather than adults thinking about them. The show also includes Burk Uzzle’s unforgettable photograph of a groggy morning at Woodstock and Martin Sharp’s amazing poster of “Exploding Hendrix”—but these appear inspired much more by American popular music than British Romantic poetry. What is surprising is the omission of printmaker Leonard Baskin (1922-2000). He founded the Gehenna Press in direct response to seeing Blake’s work. Though hardly imitating Blake’s neoclassical forms, Baskin also worked with Biblical narratives. 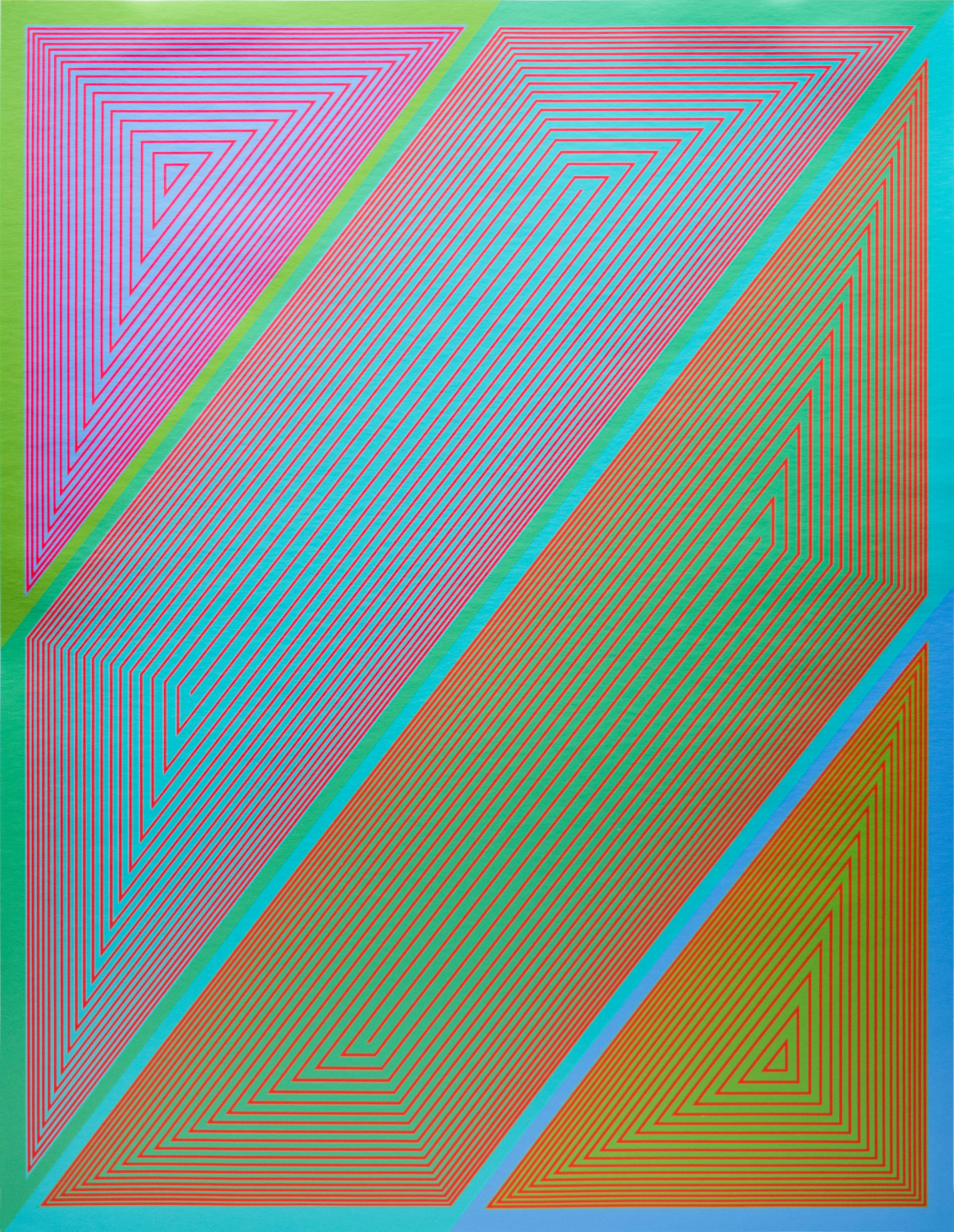 “The combination of the erotic and the political in Blake’s works” did indeed “set the stage for the counterculture in its many forms,” as curator Stephen Eisenman claims. Where else did the Beat poets pick it up? It does not come from the autocratic Far East. Make love not war! But Blake may have less to offer us today. His faith in the Gospel, though radically unconventional, remained strong, while Christianity today remains a powerful vehicle for reactionary resentment. Visually, most of Blake’s work in this show does not reach the dramatic intensity of his late engravings inspired by the Book of Job, and even those feel awkward in comparison with the prints of Goya. Nor does he compare well with his English contemporaries: Gainsborough, Constable and Turner. His link to contemporary Minimalism is hardly encouraging. If a grid by Agnes Martin expresses Blake’s notion of innocence, it feels more like a symptom of oppression than the expression of overcoming it.

The sexual revolution has won many battles, yet the struggle against the “dark satanic mills” is more urgent and problematic than ever. This is a bountiful and thoughtful show and a true labor of love by its curator. Perhaps Blake cannot help us anymore, even if we can’t really blame him for the drug-addled Age of Aquarius. (Chris Miller)

“William Blake and the Age of Aquarius” shows through March 11, 2018 at the Block Museum of Art, 40 Arts Circle Drive, Evanston.