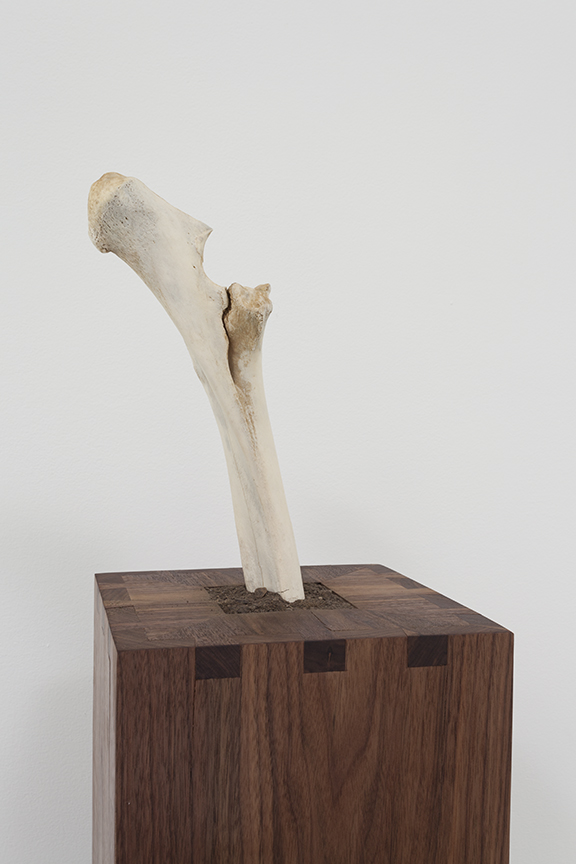 This exhibition of Nate Young’s work is a confident, accomplished foray into the subgenre of contemporary art that plots personal history onto the broader social structures of race and, in the words of the gallery’s press release, “knowledge production.” It is, of course, a contention of Young and his peers like Theaster Gates that this kind of art itself represents a form of knowledge production. Young’s art objects reprise a good deal of the material vocabulary of early conceptualism—for example, the smooth wooden finish of his boxes calls to mind the careful craftsmanship of Donald Judd and Robert Morris—and likewise use diagrams to mimic the technical delivery of information. Correspondingly, I am not persuaded that the art under review offers much new in the way of knowledge or its production, but the manner in which Young sets about presenting his subject matter is worthy of note. 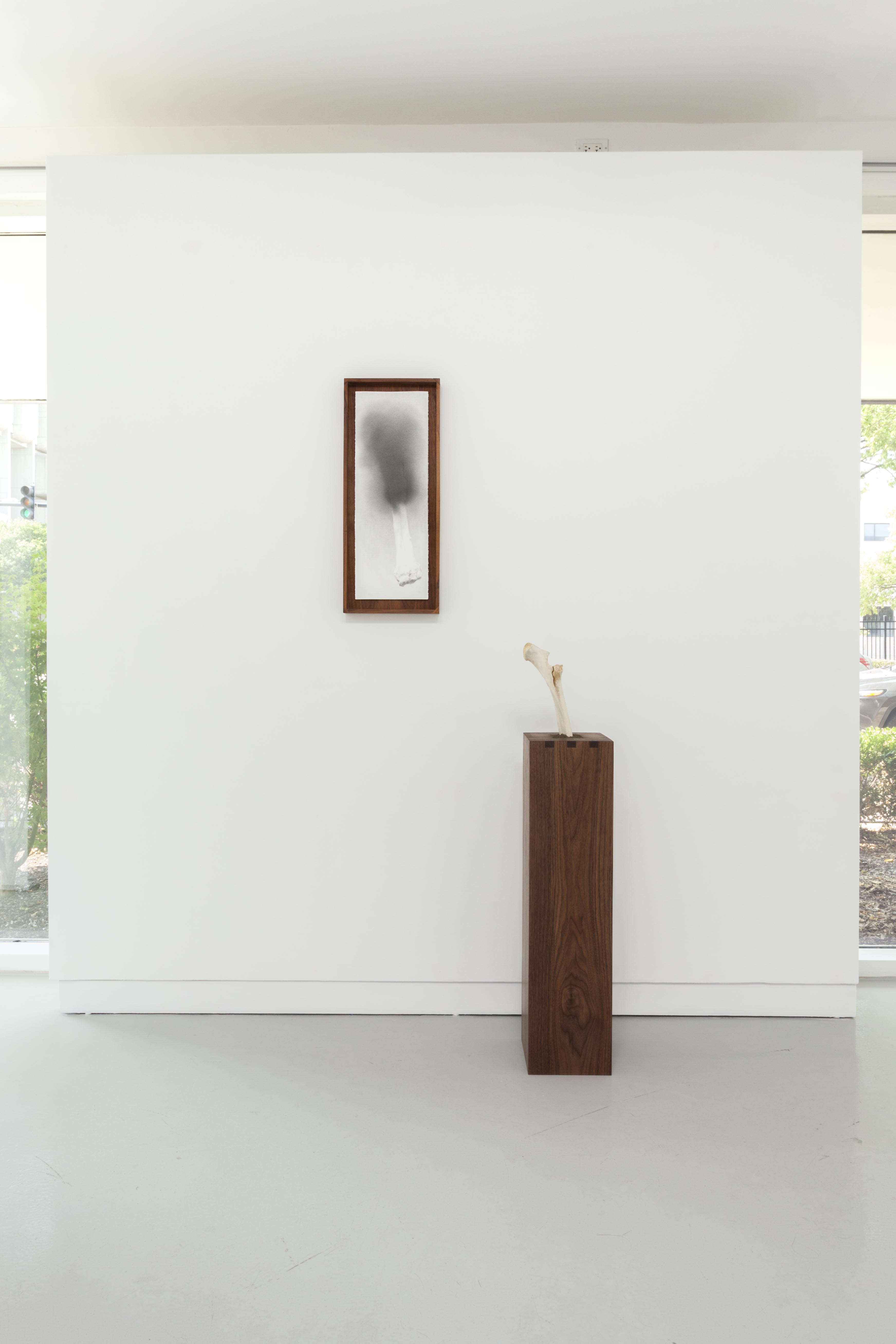 Like Gates’ ceramics, Young’s works show a high degree of finish. Each work in the “Divining” series consists of a beautifully rendered graphite drawing of bones with a vellum overlay narrating and plotting episodes from the artist’s family history. Three boxes present text describing the history of black jockeys, each box an exquisite piece of plexiglass, gold leaf and walnut. The sumptuous, seductive qualities of the works seem at least as important as the private and public histories they narrate. Spectators are confronted with vexing problems of interpretation that have recently dogged Gates, Steve McQueen and Kara Walker. Can heavily aestheticized visions of the past accurately convey the selective, unsayable violence of slavery and its aftermath? What emotional labor does the viewer owe the work? 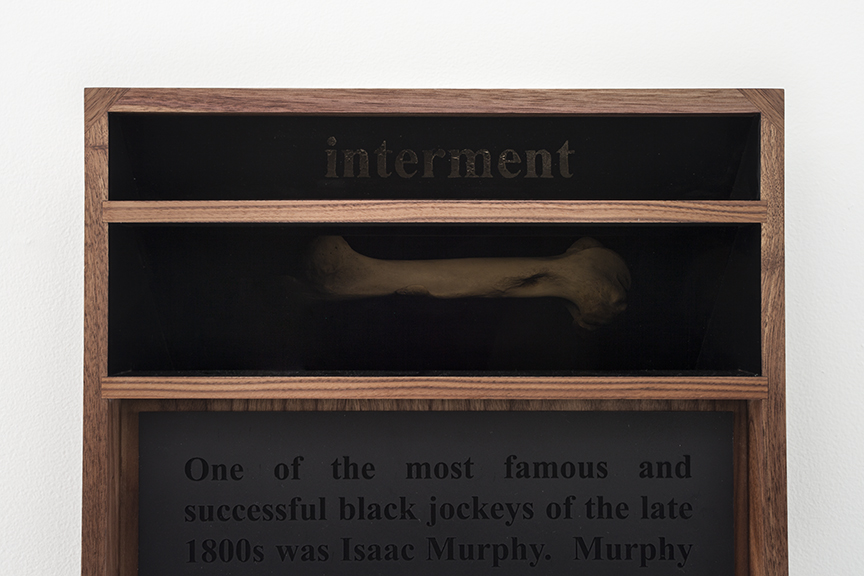 Eve Meltzer recently noted that conceptualism “came hitched” to the terminology of linguistics and systems, and it’s clear that Young is still primarily concerned with the structuralist issues raised by artists like Mary Kelly. Even as the exhibition’s title—“Cleromancy,” an obsolete word that refers to divination by the casting of lots—conjures associations with divinity, luck and superstition, it also hints at the rigorous explorations of chance carried out by John Baldessari or Sol LeWitt. Omnipresent bones, both real and depicted, suggest that Young identifies with cleromancy’s longer, pre-modern history, but the modernist, sans-serif font he uses to render labels like ‘“EXHUMED” and “GRAVE GOODS” gives the work more of the look of the latter. And so I read Young’s work less as a revision or reinvention of works of the postmodernist canon than as a subtle reorientation of conceptualism’s key concerns; if Kelly’s “hyperbolically cerebral” “Post-Partum Document” forcefully returned the viewer to both the lived experience and the structural fact of gender, Young does something similar with blackness. It’s no small feat. (Luke A. Fidler)