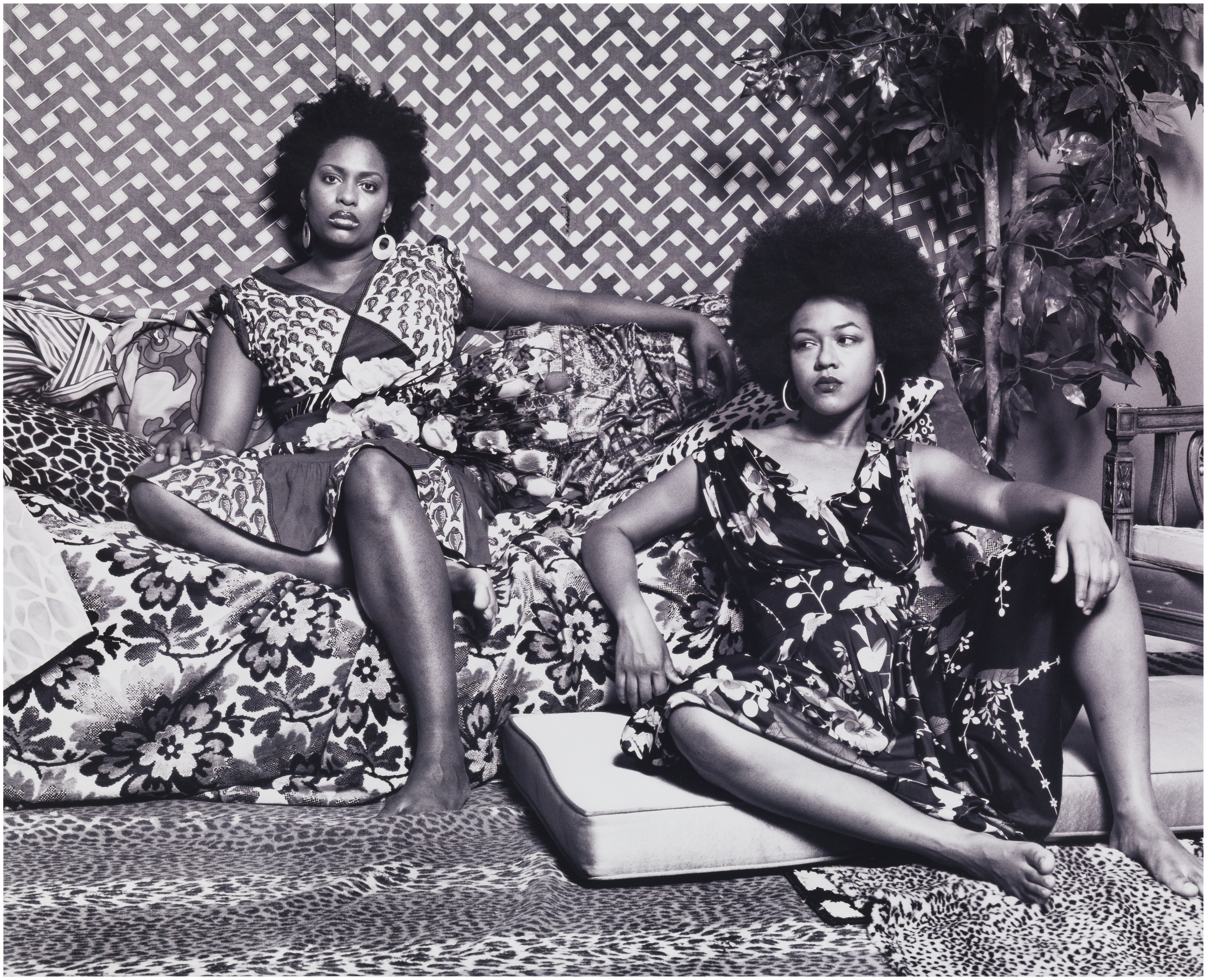 This exhibition of photography insightfully presents twenty images made during the 1990s and 2000s by fourteen female photographers. I approach exhibitions that showcase works on the basis of shared gender and choice of medium prudently. There is the risk that such a broad organizing principle may generalize or simplify the works’ impact. However, this selection of photographs, gifted by Jack and Sandra Guthman on the occasion of the MCA’s fiftieth anniversary, is carefully sequenced to connote a series of symbolic yet overt, clever yet poignant perspectives on women working in photography over the last twenty-five years. 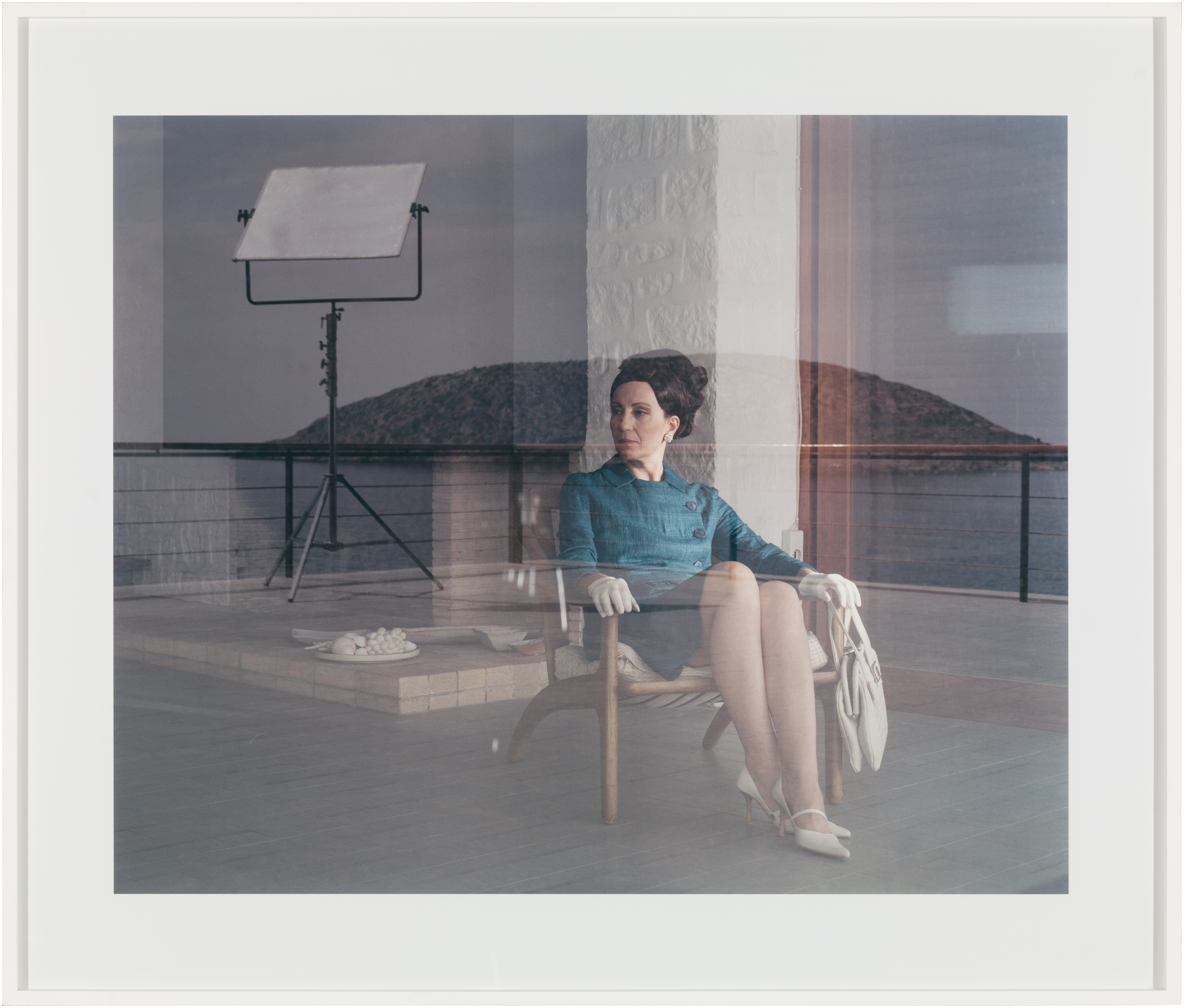 Hung salon style, the photographs each receive their own space on the light-yellow walls of a single gallery. The buttery hue brings to mind images of the kitchen and the domestic realm almost satirically, covered as it is by such defiant, bold works. However, the show’s real punch comes from the subtlety of the sequencing. Beginning with the faceless passivity in Marina Abramovic’s “Waiting for an Idea” (1991) to the shadowed hand reaching into a studio in Michele Abeles’ “Untitled_1_Brick_Emoticon” (2011), the first two images explore both the modest presence and the behemoth potential of the female photographer. Next, Laurie Simmons’ humorous “Lying Objects” (1992) show women’s legs sticking out of a globe and atlas, visualizing the absurdity of women being limited by the domestic sphere as her figures move headfirst into the world.

A stunning photograph by Melanie Schiff of a woman’s figure gracefully curving with the concave side of a beige-grey cement skatepark ramp turns the focus of the next grouping more explicitly to the body. As the tanned female hangs, arms outstretched clinging to the ledge, her strength is visible while her face remains hidden. In the next image along the first wall, a black-and-white Mickalene Thomas print of two women in flowery dresses blending amidst a patterned room, the subjects’ eyes meet the audience’s gaze for the first time. In the neighboring work by Anne Collier, a male hand holds a camera that points toward the next photograph on the wall, “On Sculpture #1” (2011), depicting a publication filled with photos of nude bodies. This grouping of images that focus on the body, positionality, and the gaze effectively expresses the power of the male gaze on women as subjects—as figures who are at times faceless, blending with their surroundings, or narrowly seen as beautiful objects. 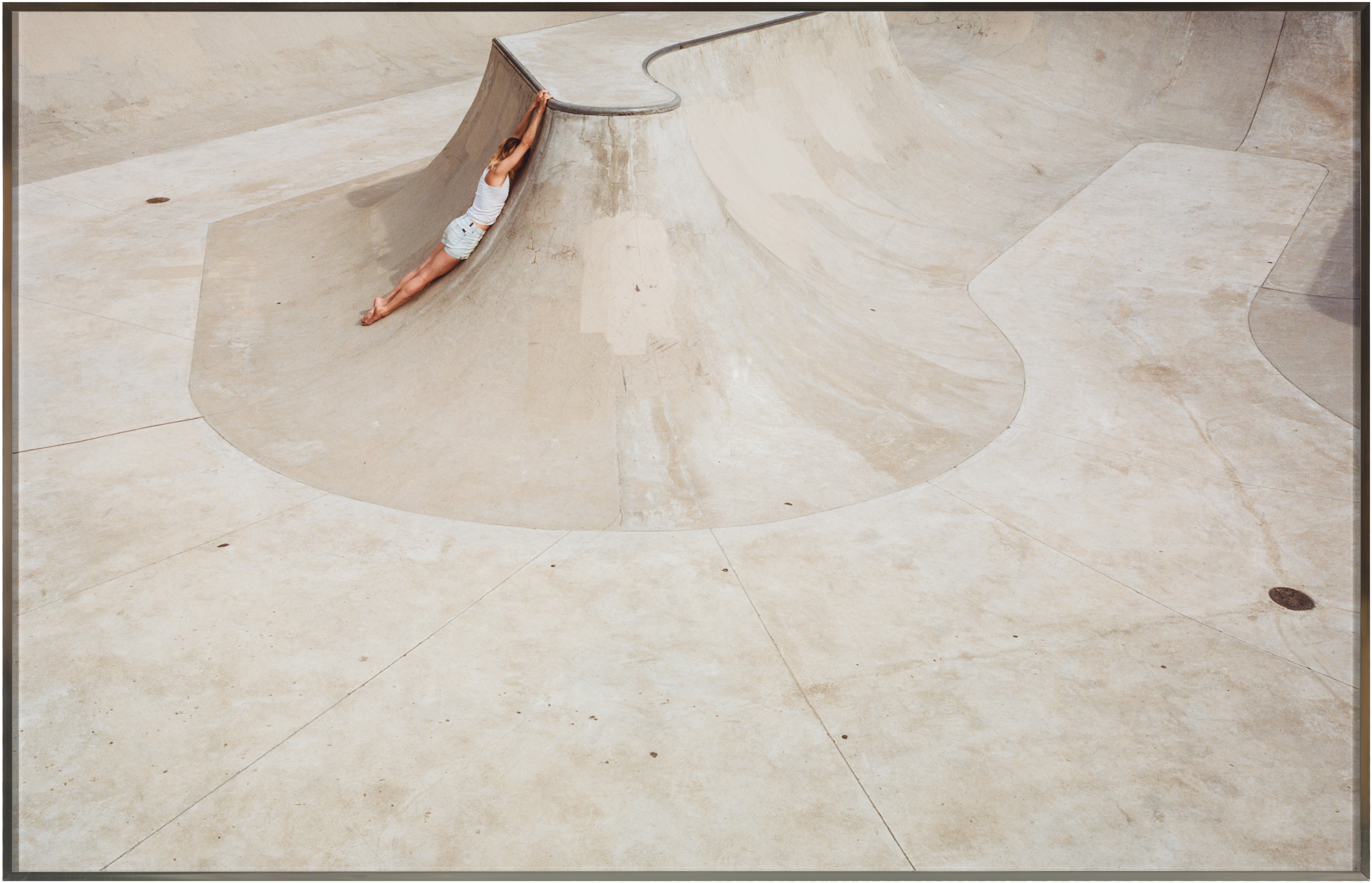 Each photograph in this exhibition contributes to the chain of similarities and juxtapositions. Further moments consider dress, manipulated photographic processes, and deconstructed narratives. Nearing the end of the exhibition, Sophie Calle’s work touches on themes of absence and memory, though from a much more conceptual perspective than the nearby political images. These final photographs, by Carrie Mae Weems and Emily Jacir, attempt to confront the despairing histories of African slaves and Palestinian exiles. By photographing the unpopulated land where slaves were once held, or the artist’s surrogate performance of the daily tasks Palestinian exiles are prevented from doing, the photographers require viewers to confront our society’s inequalities and their own position in it—an appropriate conclusion to an exhibition that reasserts the presence of women in photography. (Frances Dorenbaum)

“Woman with a Camera” shows through January 14, 2018 at the Museum of Contemporary Art, 220 East Chicago.