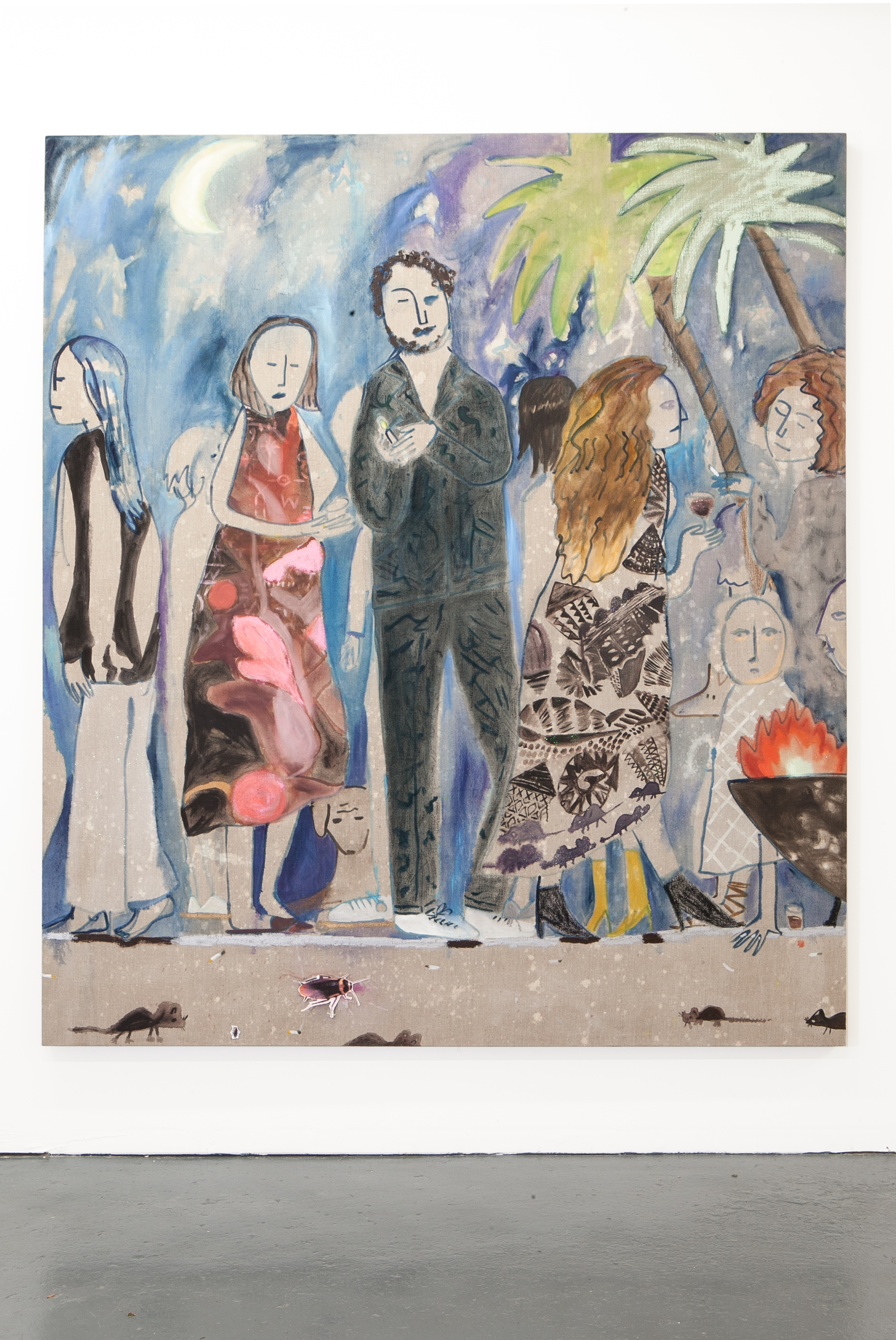 Painter Mari Eastman has spent the better part of the last two decades cultivating a visual aesthetic that is at once breezy and self-assured. Pastel-hued, effortlessly touched and twinkling with glitter, the works in the artist’s first solo show in Chicago in years are tonally, if not stylistically, kindred spirits to paintings by Rebecca Morris and Laura Owens. While that’s contextually useful, the formal and material touchstones are probably less important than the overall gestalt of the exhibition—hence its title, “In Situ.”

Throughout the gallery, Eastman’s brush vivifies a decidedly West Coast mise en scène stocked with characters who work out under blossom-filled trees, attend twilight garden parties and don curiously elaborate robes while addressing one another in verse. Even as “Artist Parties,” “The Girl Who Loved Insects,” and “Sit Ups in the Park” psychically transport the viewer, the diminutive “Spiderweb” and the insouciant humor of “Cigarettes and Cockroaches” transform the gallery space. We’re both viewing Eastman’s play and implicated in it. 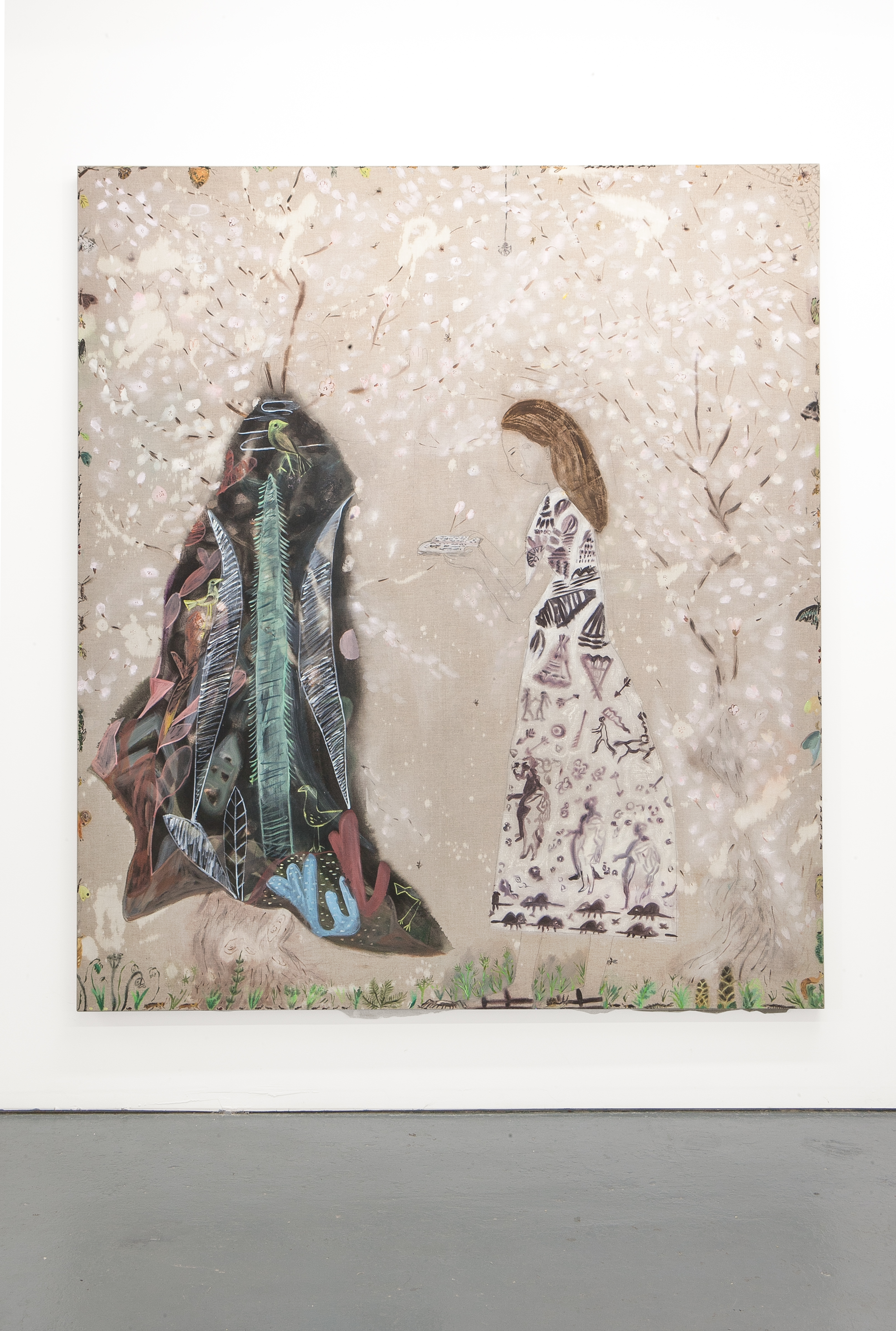 In contrast to the more cerebral and dissevering East Coast approaches to provisional painting, refreshingly, Eastman just kind of gets on with it. Her casualism is rooted in a direct experience of the world, a sense that she’s keenly observing, making witty commentary and moving on to the next place, no big deal. If the artist is interested in critically probing the received formal and technical histories of painting, you wouldn’t know it. Her touch is as fluid and jaunty as her subject matter. 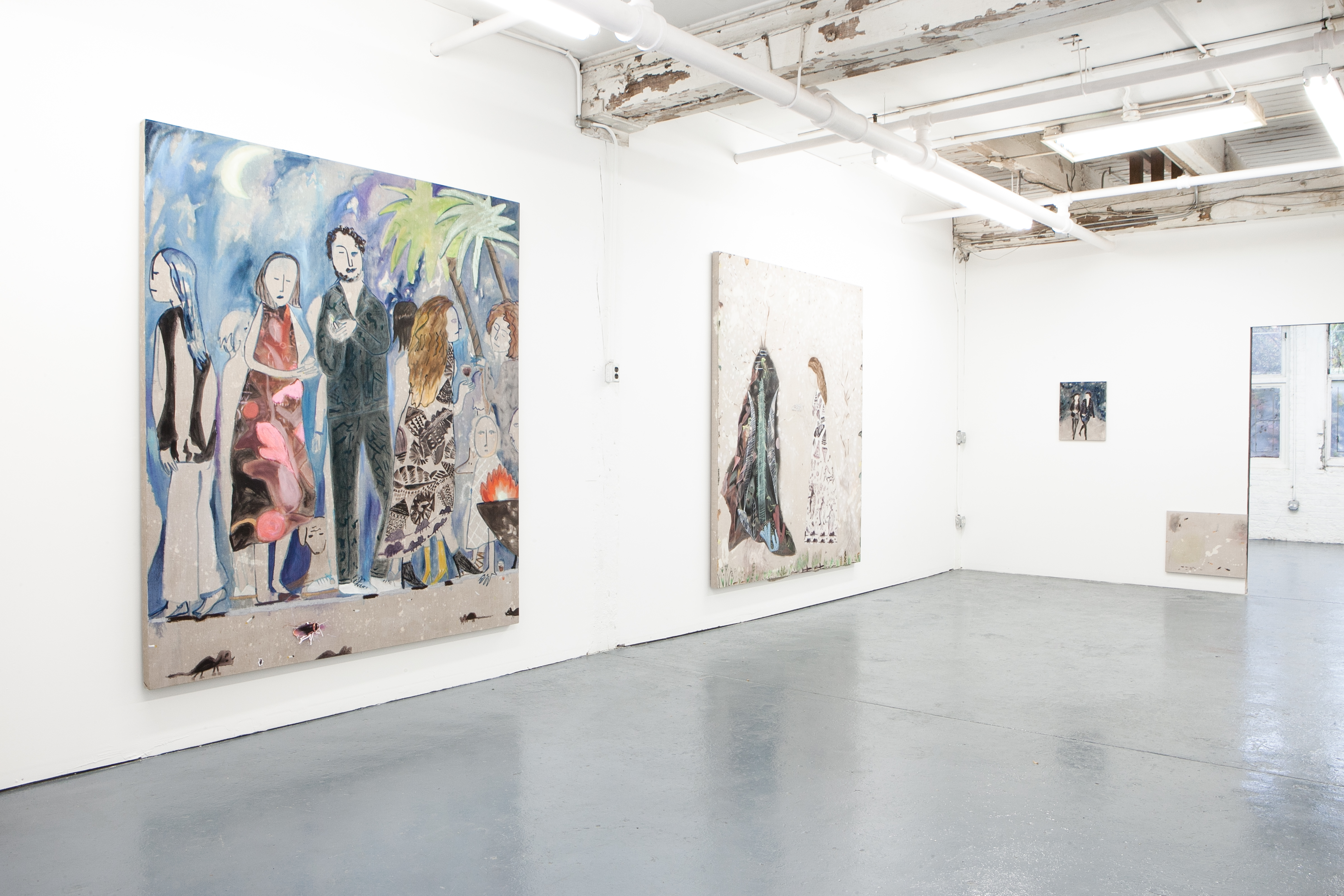 A second gallery features a “false studio” flush with magazines, doodles, music and other source material, a nod to those who want to be reminded of the artifice of the whole thing. A tad too self-reflexive, it’s inessential viewing, but there’s a pleasant Elizabeth Peyton-like quality to the drawings on the wall, and a soundtrack by Cocteau Twins will make any space better. Ultimately, the strength of Eastman’s work is found in its outward-facing gaze—there’s a seriousness to her cheeky reportage that’s both well conceived and executed, culminating in a show that is not to be missed. (Alan Pocaro)