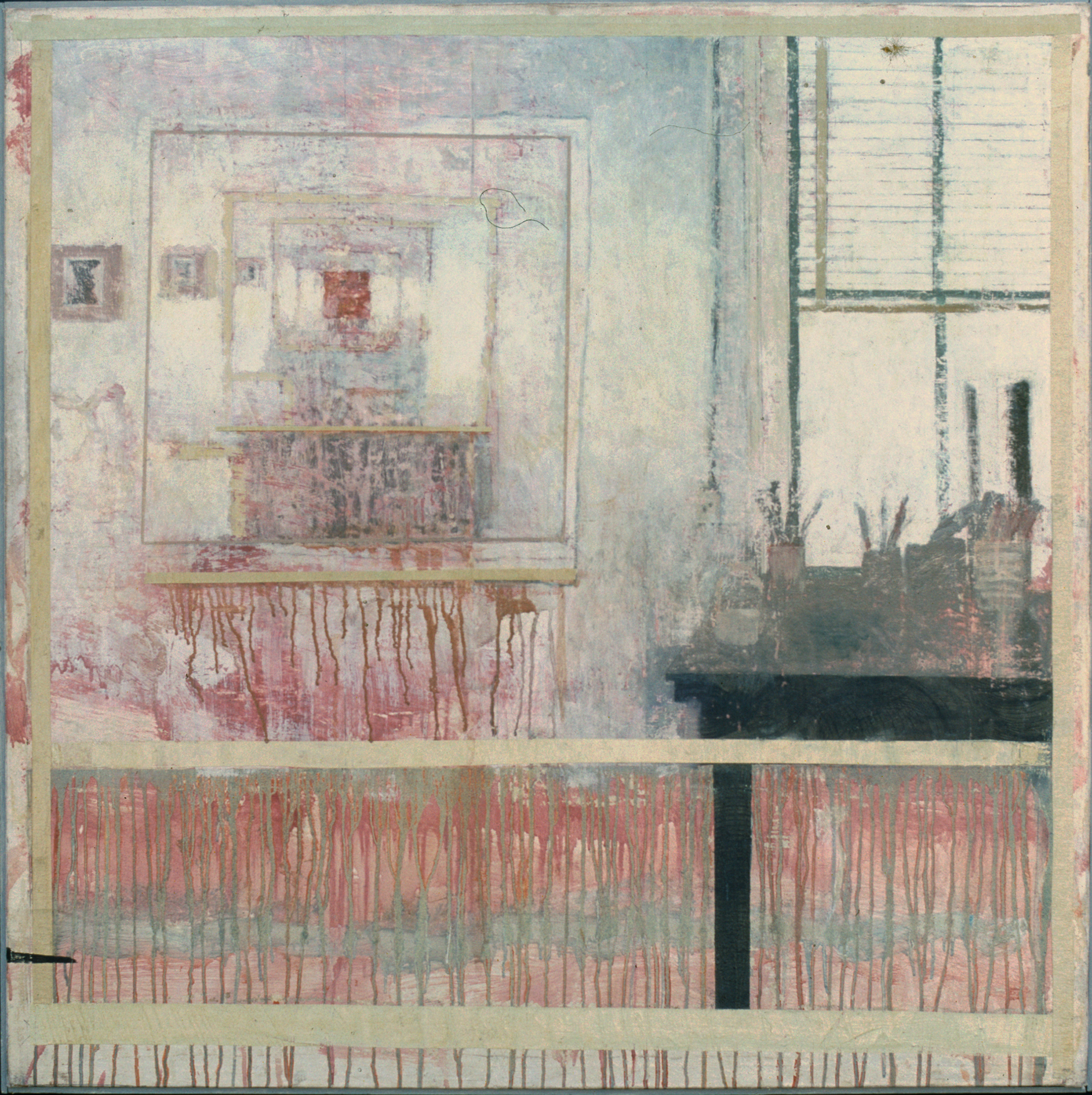 Like Coleridge’s “Ancient Mariner,” Richard J. Olsen must tell the world about a very long voyage he took many years ago. Going into military service right out of ROTC, he was shipped off to Vietnam in 1962, two years before the Gulf of Tonkin resolution and the subsequent troop escalation, draft and anti-war demonstrations. Flying the banana-shaped Piasecki H-21 helicopter four days a week, he had a bird’s eye view of the countryside and its war. The job was hazardous. The entire Thirty-third Transportation Company survived that tour of duty, but he and many other pilots were shot down or wounded by ground fire.

Fifty-five years later he has filled the entire second floor of the Zhou B Art Center with nearly one hundred luminous works of art. Most are paintings, many are quite large, and all those begun after 1975 share his experience in combat. The total effect is awesome and even mind-numbing. His abstract paintings have the intensity of being alive and very close to the edge of death. They are beautiful but too fierce to be pleasant. For the past forty years, Olsen has worked on a series of paintings that he calls “walls.” Each is based on a dynamic collage of the photos, sketches and earlier paintings that he hung or taped on the walls of his studio. Olsen specializes in linear graphic energy and especially in the light that reflects off surfaces. Often it emerges from behind dark brownish panels that resemble the interior of his helicopter. Two of the paintings that he finished just this year, “Wall 247a” and “Wall 247b,” might be the most satisfying pieces in the entire exhibit. Their inner glow seems to have finally broken free from confinement to burst into the gallery.

The subtitle of “Wall 247a,” “Telegram from Madame Nhu,” gives some idea of how his pieces relate to history. Madame Nhu was the sister-in-law of the South Vietnamese leader who would soon be assassinated by a coup. Her dragon-lady personality made entertaining feature stories for American newspapers, but there is no indication that Olsen ever made any deeper study of Vietnamese history, politics or culture. And neither signage nor paintings demonstrate any concern for the morality or consequences of American intervention. Like the landscape glimpsed from the bottom door of his helicopter, Olsen’s view of the Vietnam War is limited to what was passing him by. 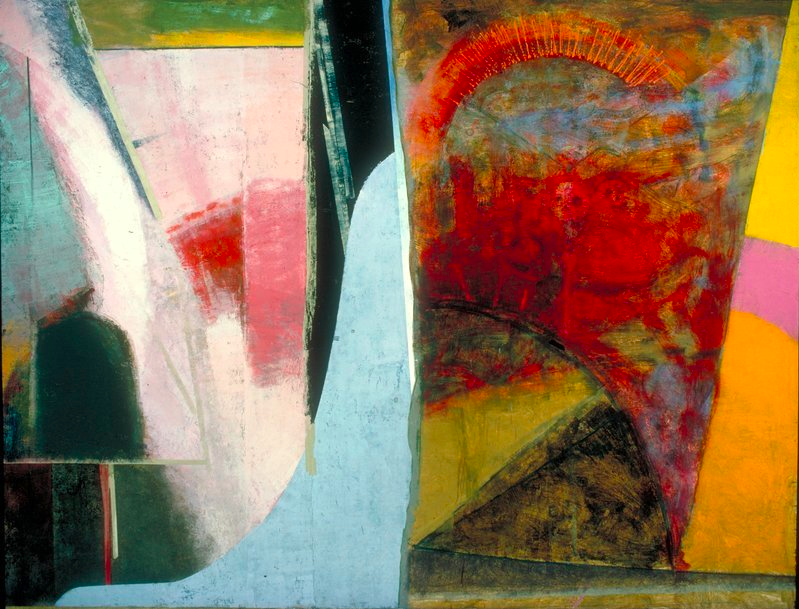 Olsen refers to his experience as an ”adventure”—an approach that did not relate very well to the Baby Boom generation that would soon be drafted. Gallery signage indicates that concern for a negative response by faculty colleagues kept him from offering an authentic representation of his combat experience until 1990. When he retired ten years later, he finally felt free to open an off-campus studio. In honor of his officers’ club back at Bien Hoa, he named that new studio “The Thunderbird Lounge.” He may have been a college professor for thirty years, but primarily, he would always be a proud warrior.

What message would this Ancient Mariner deliver to the wedding guests of a Romantic poem? Certainly not “He prayeth best, who loveth best.” But like so much Japanese art that cultivated the eternal moment of both Bushido and Buddhism, Olsen seems to be sharing the way of the warrior. He did not travel to Asia for a spiritual awakening, but East Asian spirituality—as well as bullets—must have passed through the metal walls of his helicopter. (Chris Miller)

“Vietnam Transformed: The Art of Richard J. Olsen as Symbolic Reality,” through January 11 at the Zhou B Art Center, 1029 West 35th.

I was drafted in 1962 when the US was not supposed to be involved in combat. I was sent to Army Photo Intelligence in Baltimore and then to Arlington when the Defense Intelligence Agency was formed. Sitting at my table in early 1964 I was looking at photos of the placements that we had bombed, it was then that I realized that the entire thing was a lie. Then came the Gulf of Tonkin, shortly after which I go out. Thanks US Army for radicalizing me for the anti war protests to come.