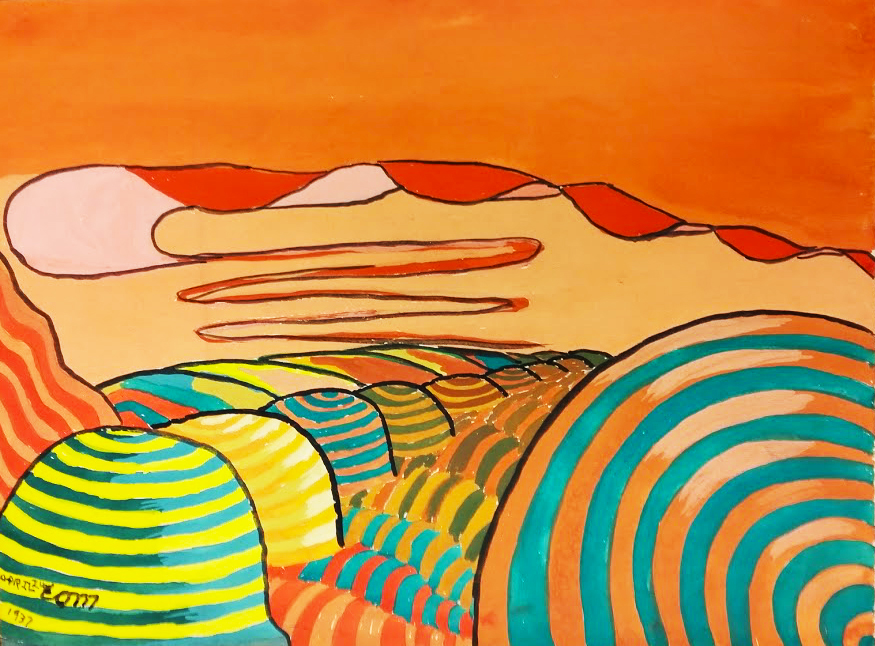 Eddie Owens Martin (1908-1986) ran away from home at age fourteen and was soon hustling on the streets of lower Manhattan. Thirteen years later, while visiting his mother back in Georgia, he fell seriously ill. In a feverish dream, he was confronted by three tall, mysterious strangers who identified themselves as envoys from Pasaquan, a place where “the past, the present, the future, and everything else all come together.” Given the new name of “St. EOM,” he was chosen to present “the peace and beauty that mankind might achieve.” Or, at least that’s the story that he’s left behind. None of his depictions of Pasaquoyans are dated and as a professional fortune-teller, he specialized in telling the gullible what they wanted to hear.

In 1957, he moved back to the farm that he had inherited from his mother and began making Pasaquan a reality on over 21,000 square feet of surfaces on six buildings and interconnecting walls. He also made more than two-thousand artworks in media including concrete, fabric, oil paint, metal, leather and tempera. Over seventy of these pieces are now on display at Intuit.

Gallery signage tells us that Martin studied art in the museums and libraries of New York City, and that is apparent from his work. His sculptural figures have the simple, stately shapes of South Asian temple sculpture, especially of Khmer and Jain. His faces have the enigmatic smile of ancient Greek Kore echoed and accentuated by prominent widow’s peaks on their brows. The expressionist and spiritual qualities of his paintings would have fit quite well within the Blaue Reiter almanac of Franz Marc and Wassily Kandinsky. 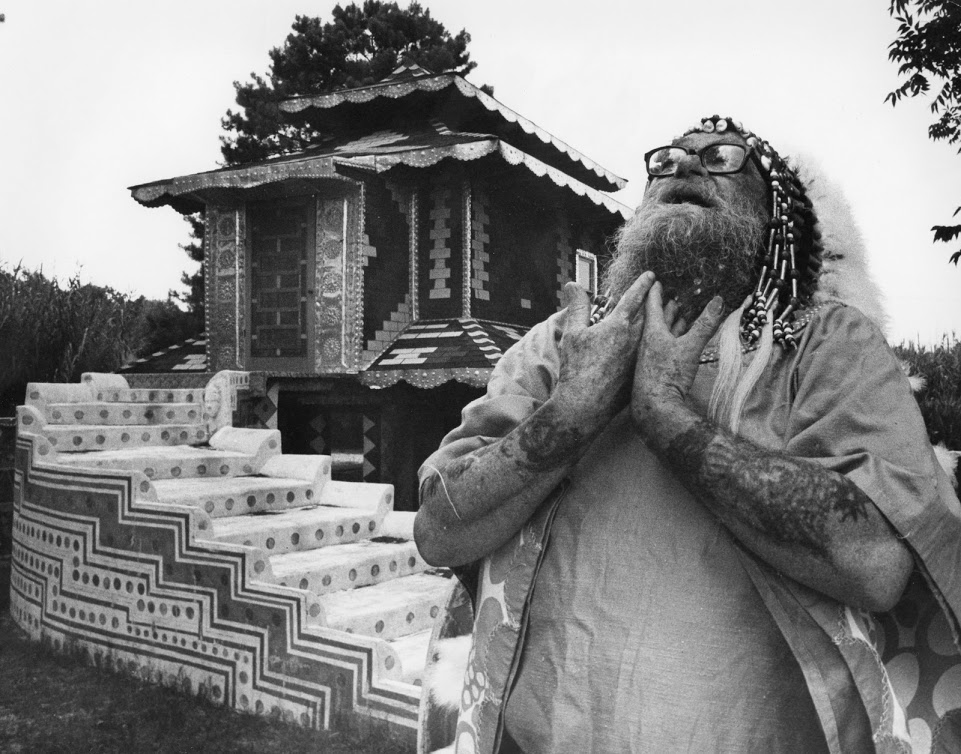 The scenes of daily life in New York or Georgia feel fresh, energetic and vivid. There is also a feeling of childlike innocence when he paints an adult teaching children or even a brothel whose customer does not seem to know why he’s there. He especially loves the ballet which may have inspired the rigid postures, slender bodies, and elegant gestures of his Pasaquoyans. Unlike the observational art that dominated European art from the Renaissance to 1900, St. EOM painted a world that he felt, not one that he saw—though the facial features, skin tone, and gender of his Pasaquoyans do tend to resemble himself. Like much of twentieth-century art, his pictorial world is mysterious. But unlike Surrealists, he painted a world that feels cheerful and happy, even if his depiction of Pasaquoyans might recall an episode from “The Twilight Zone.” The Kanamits were also tall, apparently benign humanoid visitors from far away who dressed in strange, sleek clothing. As it turned out, however, their plans “to serve man” were gastronomic. 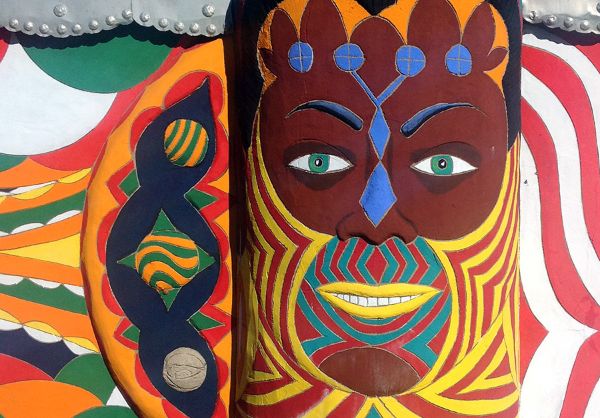 I’ll probably not make plans to visit Pasaquan in western Georgia. Even though its faded colors have been dutifully restored by a partnership between the Kohler Foundation, the Pasaquan Preservation Society and Columbus State University, the murals and statuary, as seen in reproductions, are more cheerful than powerful. Pasaquan’s aesthetic appeal is not far above a commercial theme park. But his portraits and genre paintings can be lively, and more about living in everybody’s world rather than just in his own imagination. Had he been more successful at selling them when he lived in New York, Pasaquan might never have been built.

“In the Land of Pasaquan: The Story of Eddie Owens Martin” shows through March 11 at Intuit, 756 North Milwaukee.