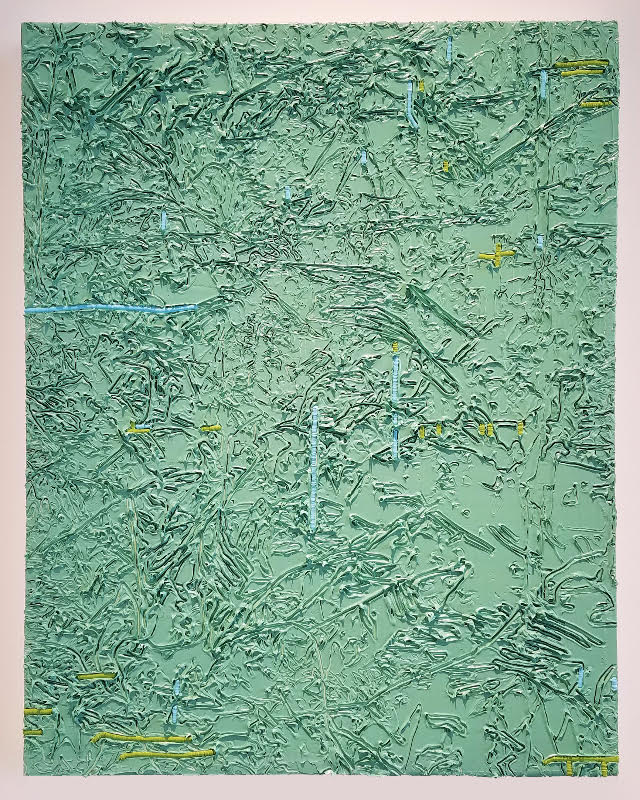 For a second year, Zolla/Lieberman Gallery kicks off 2018 with a survey of recent works by graduates of the School of the Art Institute of Chicago. Featuring coolly composed paintings by Blake Aaseby, Heesu Jeon and Elaine Rubenoff, along with scorchingly expressive gestures by Herman Aguirre and Maura O’Brien, “In/scription” attempts to ground dizzyingly divergent approaches to touch, application and subject matter in the acts of reading and writing.

Blake Aaseby’s achromatic surfaces are the exhibition’s highlight. Vibrating with a luminous linear sgraffito carved into a quarter-inch-thick frosting of white oil paint, the artist’s works depict the right angles and clean lines of the urban environment. Paintings like “Transitory” and “Two Cities” feature a Twombly-esque pre-verbal scrawl and come the nearest to embodying the show’s stated theme. 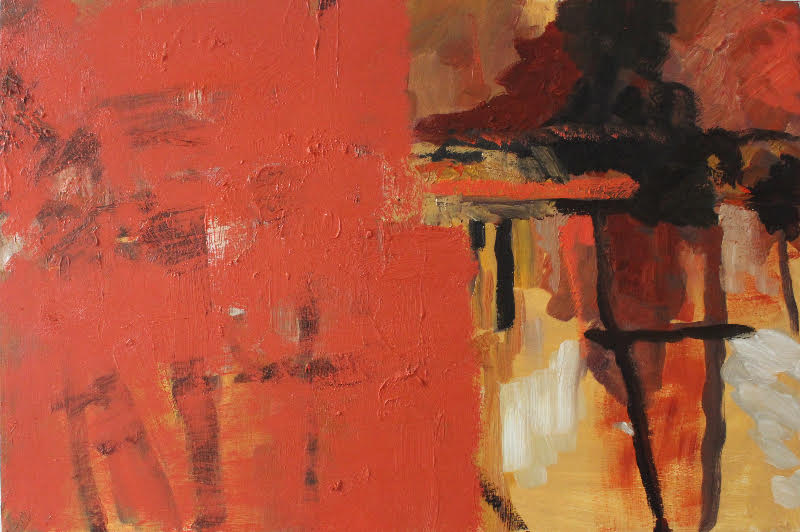 Maura O’Brien’s three painterly canvases recall the late landscapes of French artist Nicolas DeStaël. O’Brien has an incisive eye and a seductive touch, but she’s not especially well represented by the works in this exhibition. Where her paint-encrusted sketchbooks were a highly memorable part of last year’s claustrophobic SAIC MFA show, here only the deep green-greys and swirling brushstrokes of “O The Moonlight Shines” give a sense of what she’s capable of.

When critic Harold Rosenberg referred to Helen Frankenthaler as “the medium of her medium” it wasn’t meant as a compliment. In Elaine Rubenoff’s case, the application of the stain technique into raw canvas is controlled, precise and intentional. The hyper-real color and large scale of her untitled floral canvas are imposing, but the imagery and treatment are soothingly bucolic. On the other side of the spectrum, Herman Aguirre’s sculptural use of paint to craft flowers in a landscape is so excessive that it verges on parody. 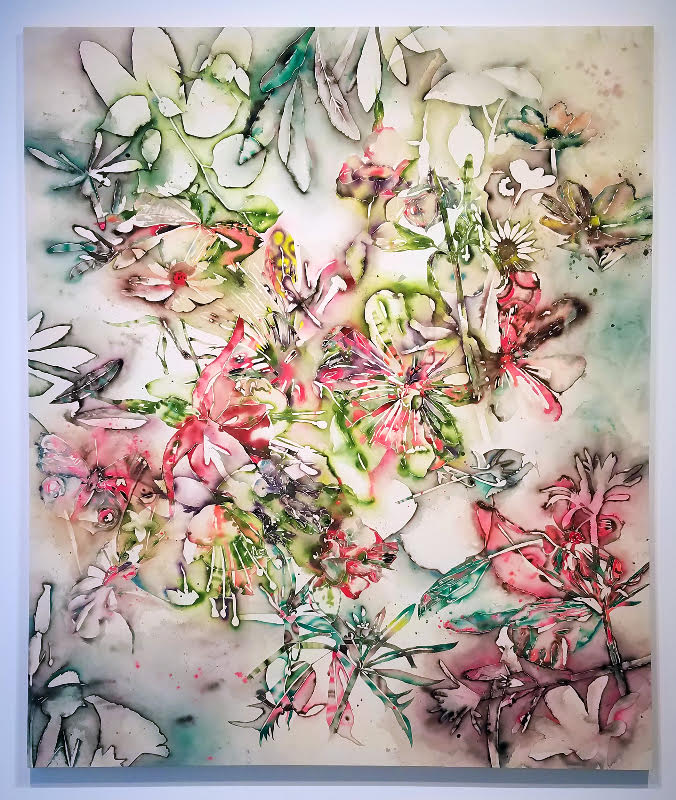 While “In/scription”’s paean to stylistic and thematic diversity is admirable, the fuzzy curatorial premise results in a show with moments of individual charm, but remains collectively unsatisfying. Unlike last year’s “Layer Cakes” exhibition of recent SAIC grads, which kept the figure and a wry sexuality front and center, there’s virtually nothing uniting these paintings, other than the fact that the makers share a common gallery and alma mater. Given that a 2014 study by BFAMFAPhD found that forty percent of all working artists have no degree whatsoever, I wonder whether or not it’s time to seek talent in pastures farther afield than the city’s major educational institutions. (Alan Pocaro)

“In/scription” is on view through February 10 at Zolla/Lieberman Gallery, 325 West Huron.