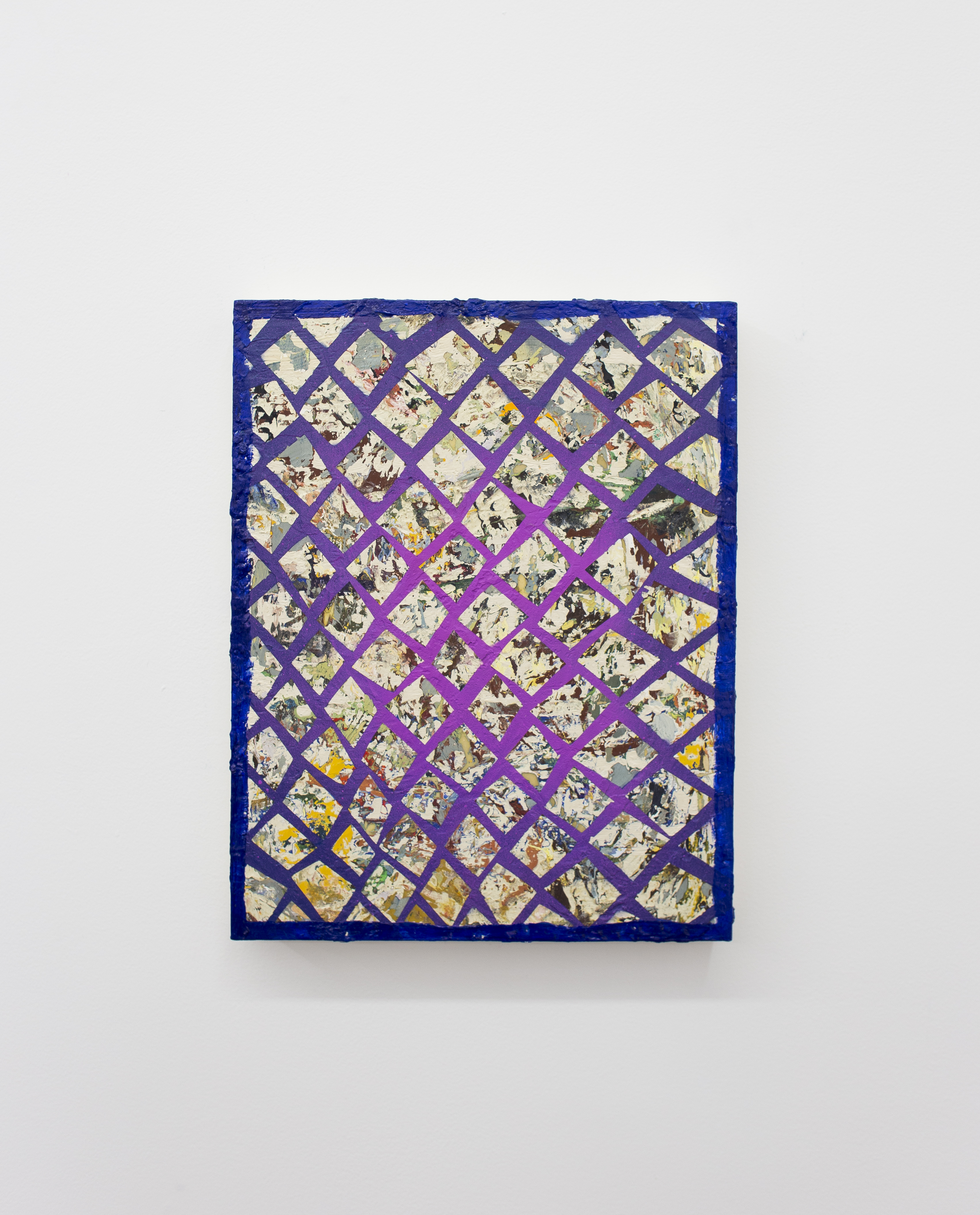 Like landslide barriers or snow fences, Jared Packard’s new show at this longtime experimental space comes bound in a way as to make explicit the dangers—the flaws, wounds, weeping apertures, perfect punctures, raised scars—which necessitate their obstruction in the first place. Equally to protect us and protect us from them, they are aegis and invitation at once, and perhaps a macabrely coquettish one at that, unless we are to take the use of grids in the work of an HIV-positive artist as mere coincidence. Geometric windows, diamonds and soft-sided squares serve as both windows and loupes, providing a view on to the raw canvas and turbidness pushing against them and, by virtue of their framing, enhancing the experience of seeing them, as if they can only truly come into focus when abutted cheek by jowl. It is impossible to forget that Packard is showing us only what he wants to show, and that beyond, there lie monsters. 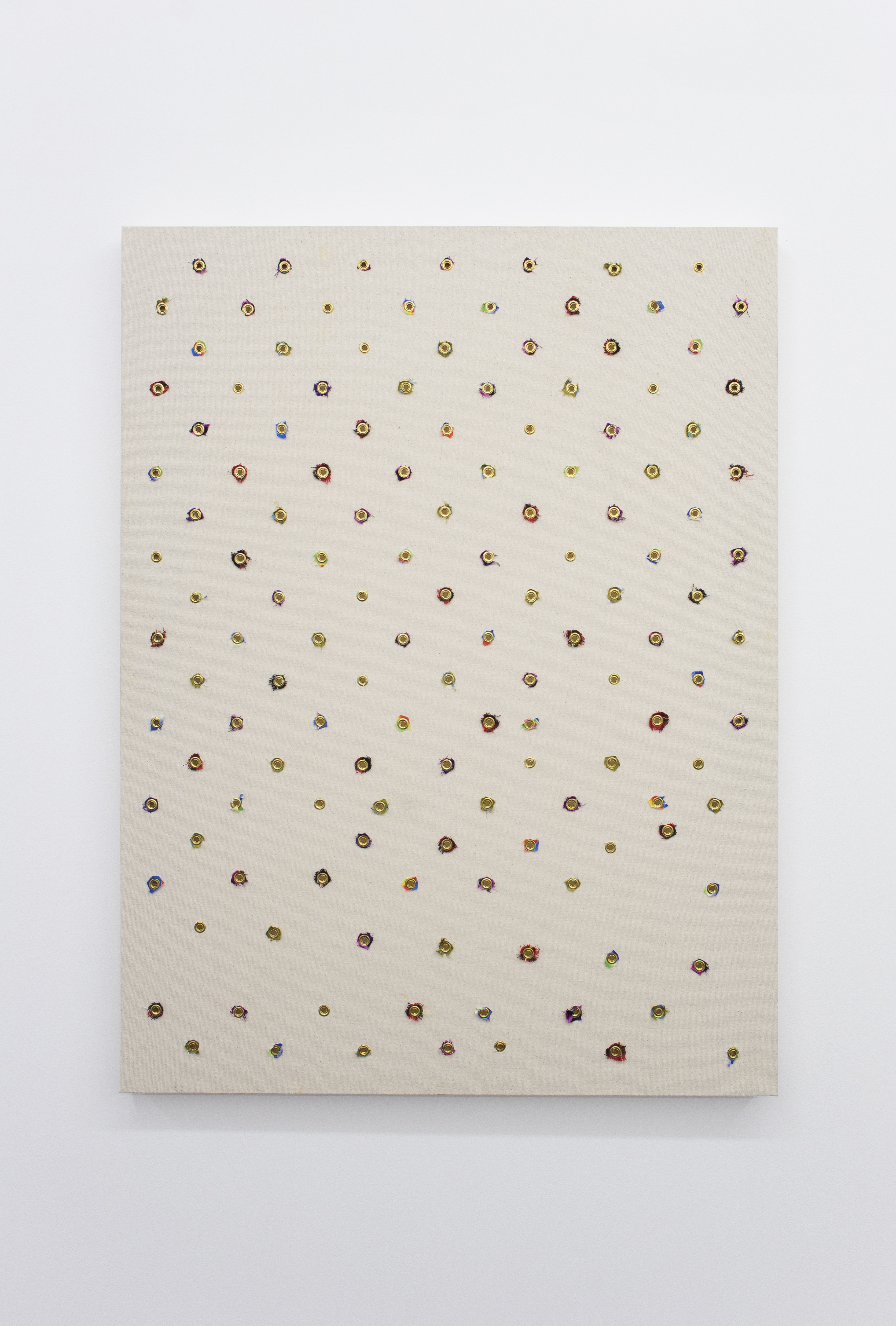 The overriding sense is of a ragged membrane, a rent peritoneum or storm-lashed sail, holding everything in “Bandage for a Bruise” together in its limp embrace. In many of the works, this takes the form of the aforementioned grids, which are, as is their wont, the strongest element in the show, despite their trembling instability bestowed by Packard’s disregard, for the most part, of geometric construction—see the ultramarine serpents which squirm across the creamy flesh of canvas, or the single most beautiful and arresting image on display, a throbbing hot electric neon fence which hums from the deep hues of royalty to a buzzing, radioactive fuchsia. Other, less successful works are shot through with grommets, the frayed patches of fabric around them hanging like flesh from an exit wound. Most revelatory, perhaps, is a sculpture wherein the pieces of wood are like a haphazardly set, egregiously broken bone—all copper spider webs, Swamp Thing and safety suit-colored zip ties and a brutal nail. In its painful-looking power, leaned against a wall, the sculpture comes closest to capturing Packard’s thesis, the revelation of damaged armor we place over our own weaknesses, be it for vanity, sanity or necessity. (B. David Zarley)