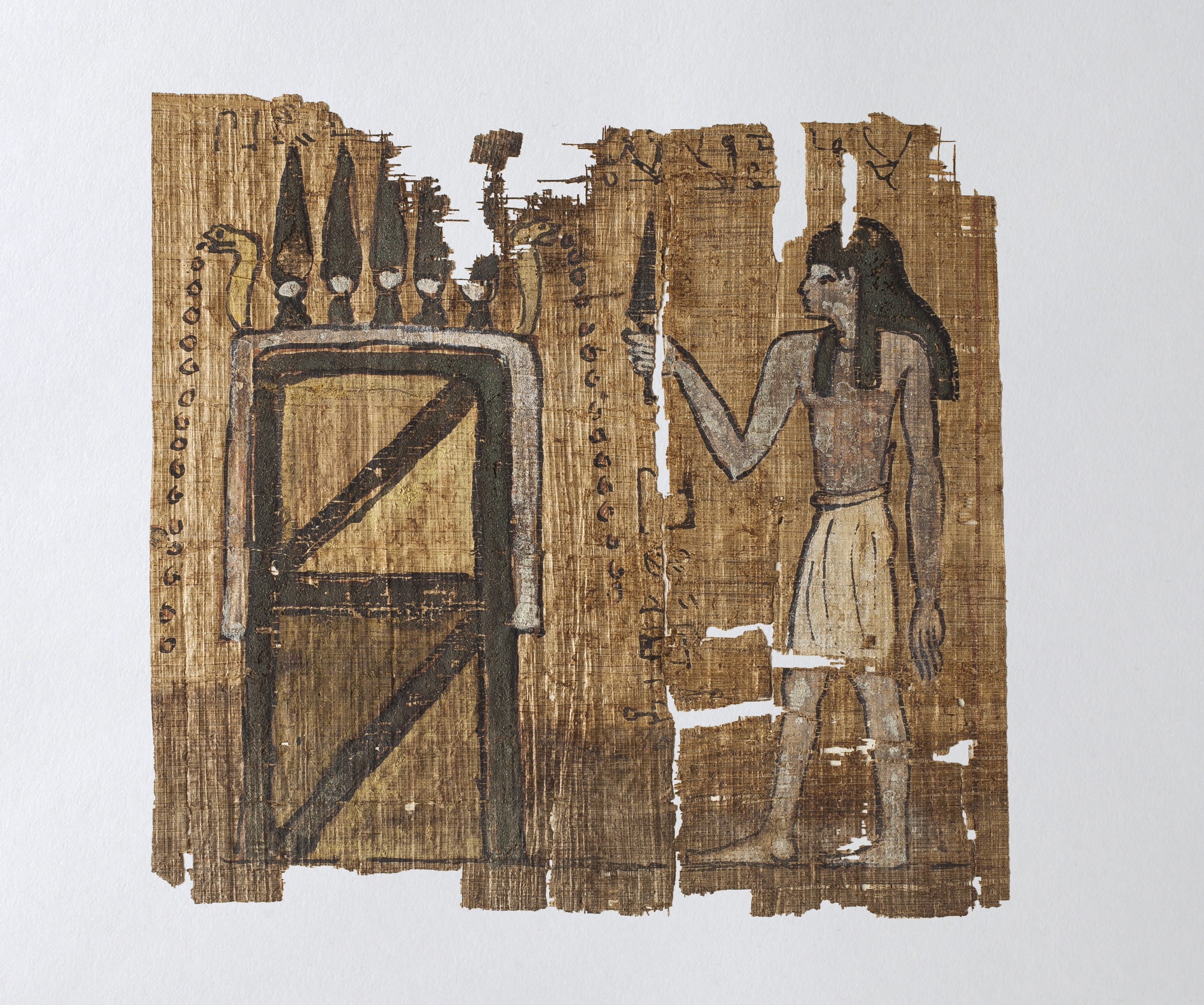 Guardian of the Gate/ Oriental Institute

The last time I thought about the Egyptian Book of the Dead, I was driving through a remote area of Iceland, en route to a partially excavated eleventh-century farm. I was pondering specific problems of the Sagas, the medieval narratives of Icelandic life, especially the relationship between places named in the Saga texts and the settlements that dot that island’s landscape today. Toponyms are big business in Iceland, nourishing a tourist industry of hikes and historic homes. Like the Sagas, approaching the Book of the Dead means navigating a messy complex of new-age interest, latter-day fictional takes (it’s hard not to think of Lovecraft’s “Necronomicon”) and mythic origin stories.

Gathering a variety of objects bearing inscribed spells, this exhibition demonstrates how much our contemporary understanding of the Book is marked by the strictures of nineteenth-century scholarship. Besides the fact that the Oriental Institute owes the core of its collection to nineteenth-century adventure archaeology—have you seen the animal and human mummies purchased by James Henry Breasted in the 1890s?—it’s worth noting that Karl Richard Lepsius’ 1842 edition was the first attempt to number the spells of the Book of the Dead. His system remains in use today, but it isn’t the only surviving feature of Lepsius’ pioneering efforts. Working just twenty years after Jean-François Champollion’s decipherment of hieroglyphic script, Lepsius transferred a Ptolemaic papyrus manuscript into the customary form of a scholarly monograph: the codex. Correspondingly, we’ve tended to overlook the obvious fact that what Lepsius called a “Todtenbuch”  is really a constellation of spells that sometimes traveled together, sometimes surfaced as fragments or quotes, and certainly never appeared as a codex. Even when full copies were written out, they were produced as sheets or rolls. While this exhibition presents an astonishing range of things, from “magic bricks” to human remains, it remains structured according to a six-part sequence that not only attributes some structural integrity to the Book of the Dead as a physical object—not to mention the difficulty of treating it as a unified corpus!—but imagines a coherent narrative about the Book’s use through history. Beginning from a definitional problem, “What Is the Book of the Dead,” the exhibition moves through sections like “How Was the Book of the Dead Used” before concluding with “What Happened to the Book of the Dead.” 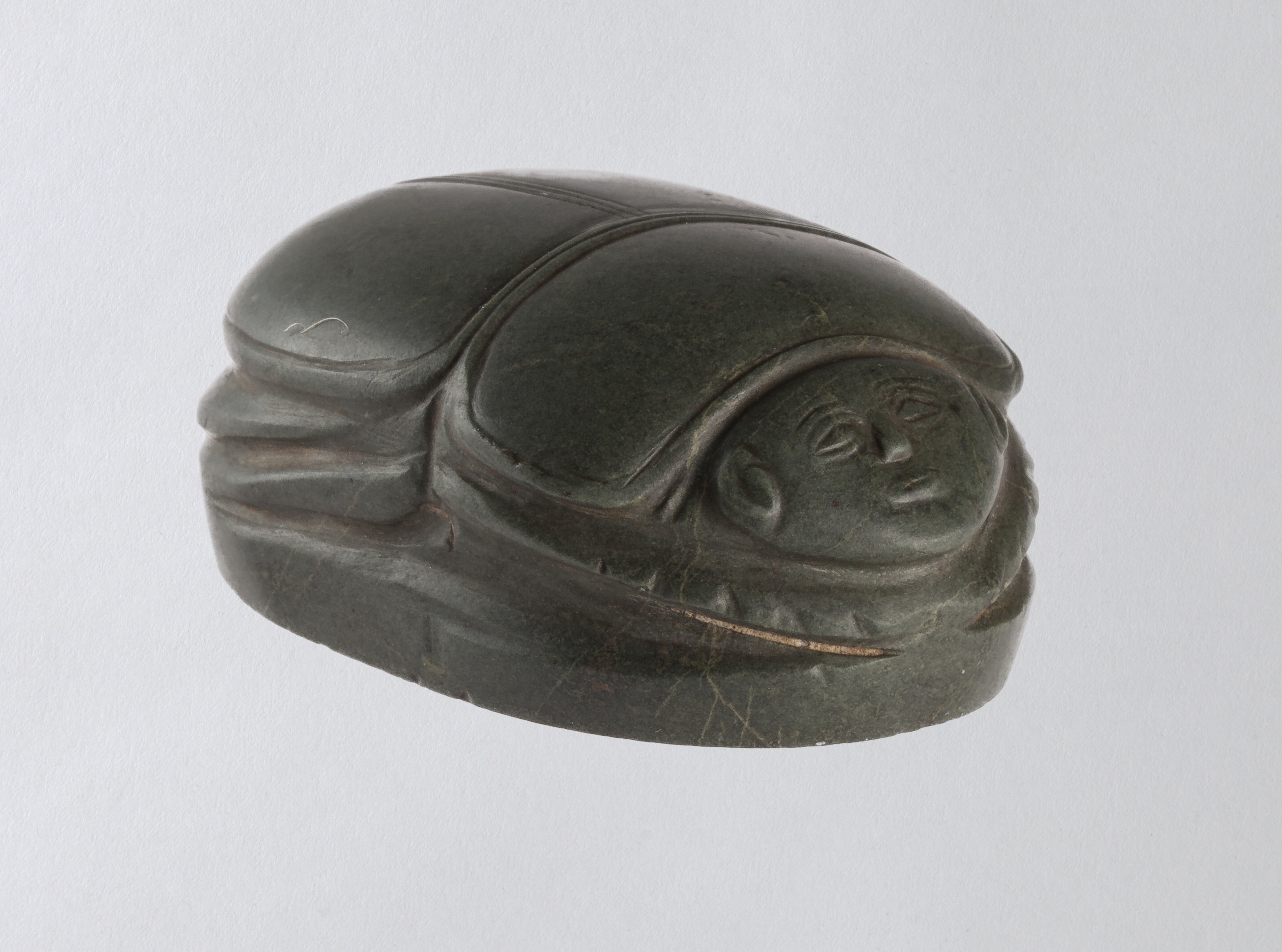 For all this questioning and questionable framing, the curator has judiciously selected objects that complicate reductive answers to questions like “How Was the Book of the Dead Made.” Featuring several linen bandages inscribed with individual spells as well as two papyri, a scribal palette, and a painter’s palette, the section dedicated to facture presents the Book as something written and drawn. It asks us to imagine the labor and materials required to produce a text that was occasionally instructional, often apotropaic, and always sacred. My attention was caught by a diminutive sculpture made in a quite different way. A beautiful “heart scarab,” carved from green stone and less than five centimeters tall, nestles in with the palettes and scrolls in this section of the exhibition. As is typical for inscribed heart scarabs from the Second Intermediate Period of the New Kingdom, tiny hieroglyphs cover its underside with the spell known—thanks to Lepsius—as 30B. This was a time when spells also started to appear on coffins, a time before the collection of spells into a recognizable corpus. A finely carved human face adorns the scarab where we might expect a scarab’s head, probably signifying the spirit of the owner and beneficiary of the stone, but its putative naturalism should not be taken as anything like portraiture. The lapidary phrase “so-and-so” is substituted for the owner’s name in the text of the spell on the reverse, suggesting to curator Foy Scalf that the scarab might have been a workshop product. Exemplifying how many of the Book’s spells were gathered from carved, sculptural objects, it hints at the expansive field of material and spiritual practice that “made” the Book of the Dead. 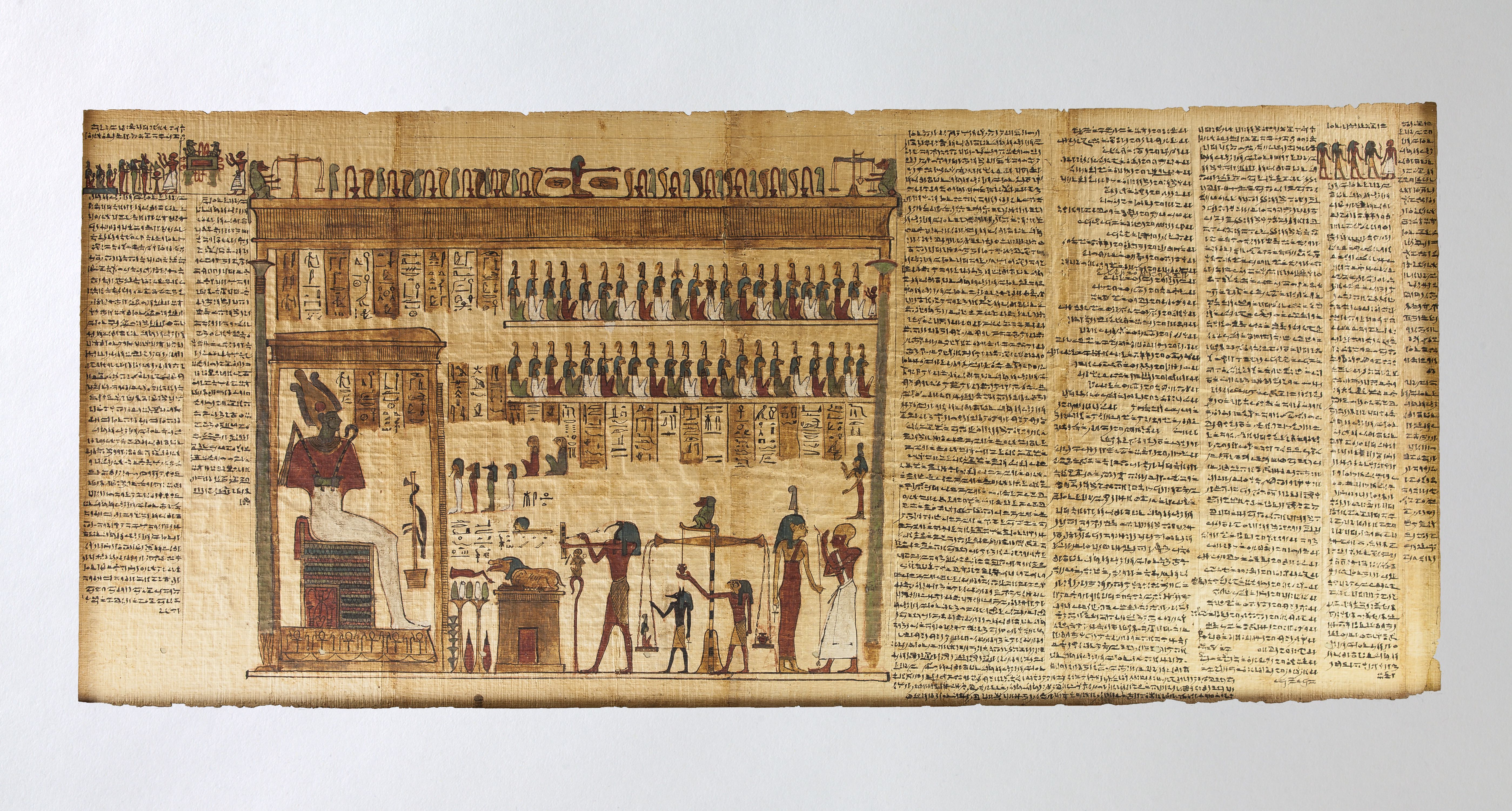 The Oriental Institute has been a node of Book of the Dead studies for some time, with key publications including Thomas Allen’s 1960 and 1974 translations. Suitably, the exhibition is accompanied by a catalogue which runs to nearly 400 pages and includes new photographic documentation of objects that have been in the Oriental Institute’s collection for decades. Both show and catalogue represent a welcome opportunity to examine some of the museum’s holdings that are rarely displayed, including sumptuously illustrated papyrus sheets and playfully decorated tomb bricks. They should please specialists—who will be forgiven a few caveats—and members of the public alike. (Luke A. Fidler)

“The Book of the Dead: Becoming God in Ancient Egypt” shows through March 31 at the Oriental Institute of the University of Chicago, 1155 East 58th.