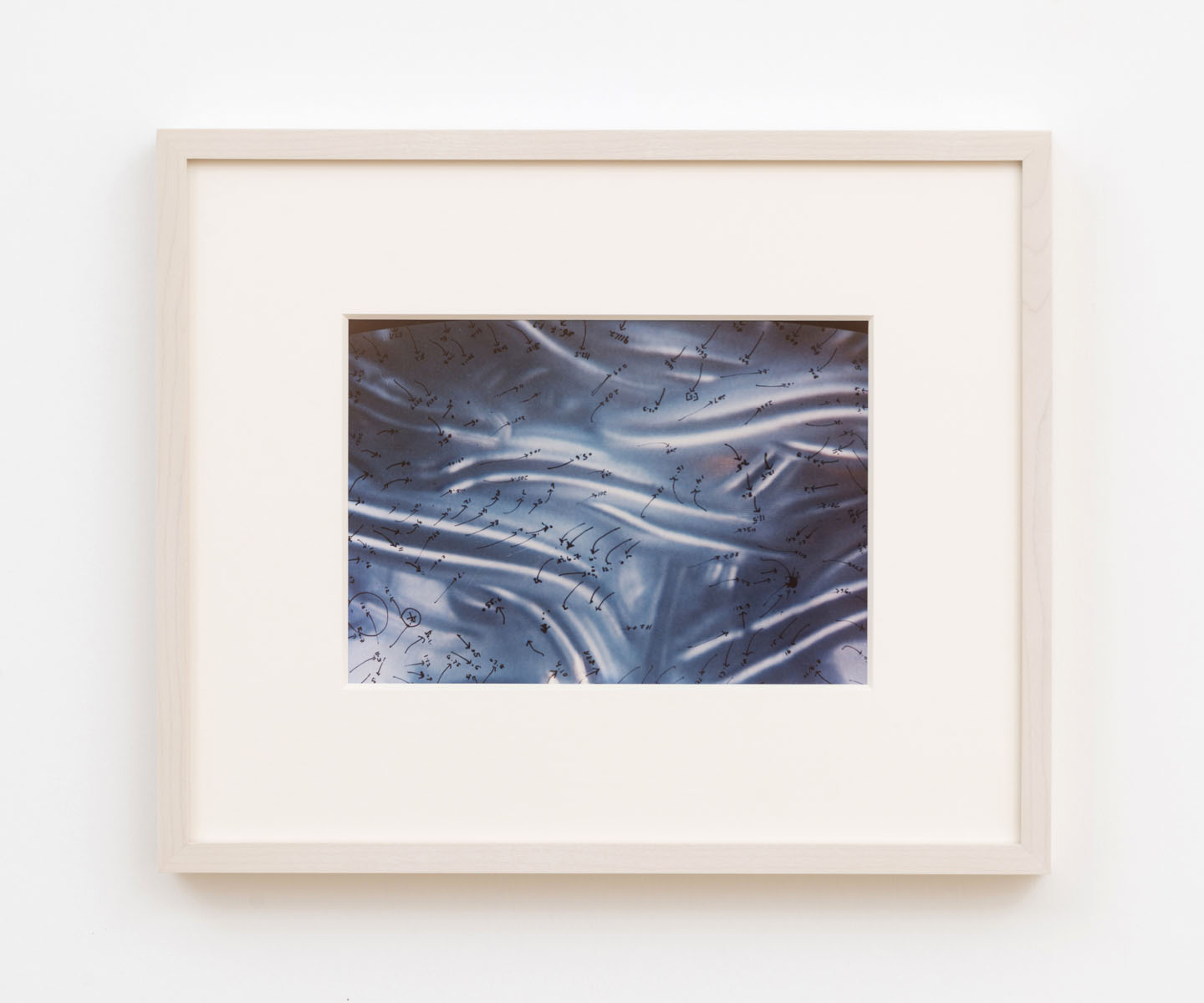 Is Howardena Pindell clairvoyant? Her video drawing series, currently on view at Document, makes a strong case for her prescience, her process ingeniously intuiting the screenshot. Pindell says the series started with “play.” In the mid-1970s, Pindell got a TV for her studio. She was spending a lot of time there punching out and writing on tiny paper circles for her paintings—an activity that required concentrating on a very fine focal point, which put stress on her eyes. The TV was meant to ease this stress. She put it at a distance, so she could look up and change her focus. Eventually, she got the idea to place numbered drawings on acetate over the TV screen. Using a cable release, she took photos of the scenes that made interesting compositions behind her drawings, and her video drawing series was born.

The works on view span from 1975 to 2007 and are staged in rough chronological and thematic order. It opens with two underwater images that perfectly illustrate the seventy-four-year-old artist’s interest in capturing motion. The first is a close-up of a school of fish. Dark with light stripes running vertically along their bodies, their coordinated chaos leaves them slightly blurry. Pindell’s acetate drawings, nonsensical numbers and arrows pointing in different directions, make the work look like something out of a science textbook. 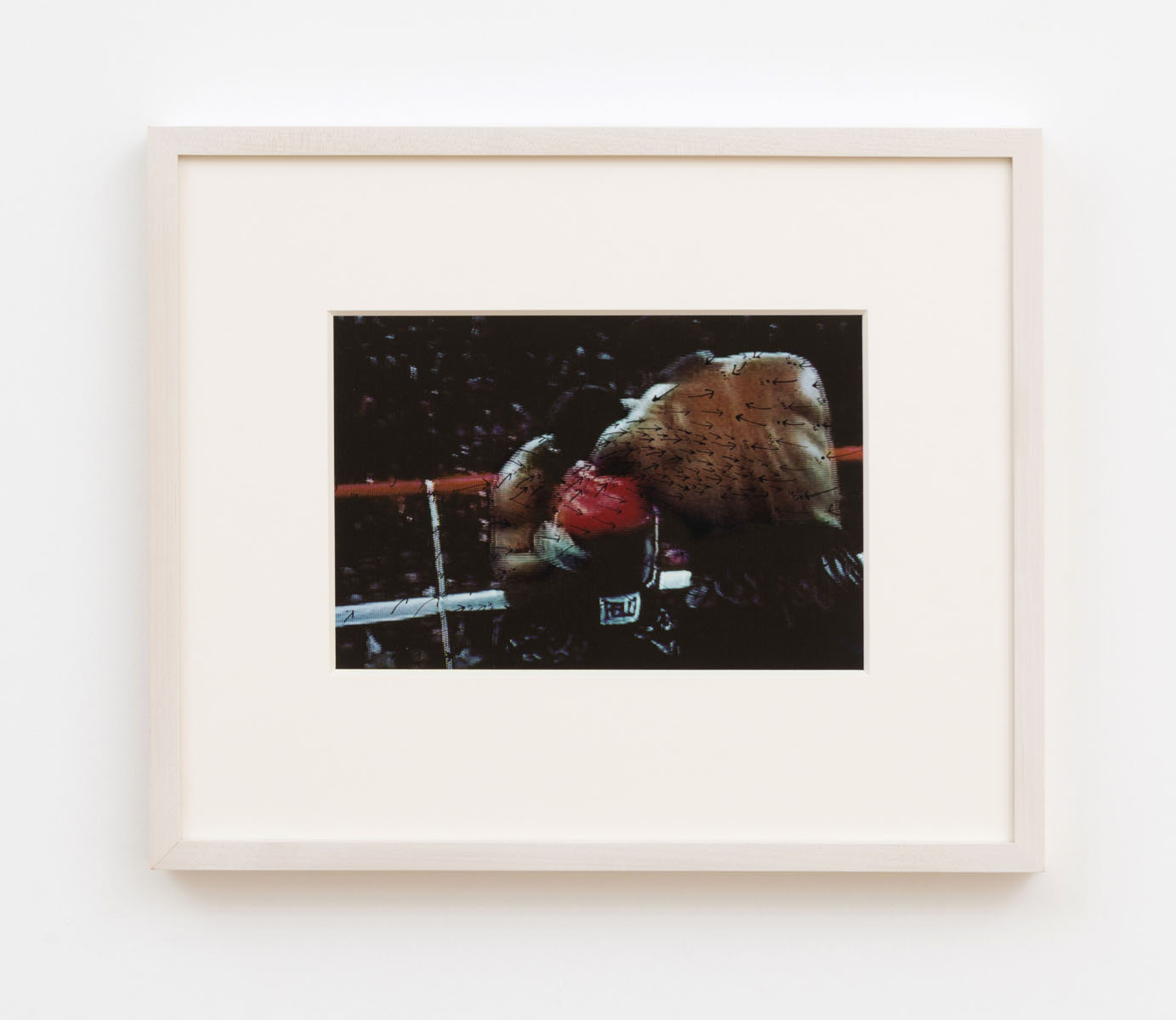 Several pieces are culled from sports broadcasts. In “Video Drawings: Baseball,” from 1976, a batter readies for the pitch, the action rendering himself, the catcher, and the pitcher in triplicate. “Video Drawings: Boxing,” from 2007, shows the torsos of two men engaged in equal parts hugging and absorbing a blow. The red of the attacker’s boxing glove pops from the center of the composition. In these works, Pindell’s black ink looks like notes from a coach.

Her strongest pieces, made in the eighties and nineties, are of ghastly images of war and other sociopolitical crises of that era. “War: Torture (El Salvador)” shows a blurry field of white crosses. The word “Torture” is overlaid, slightly off-center, in small block letters. In “War: Cambodia (Over 5 Million Killed),” a horrific pile of human skulls is dotted all over in Pindell’s ink, like so many crawling ants.

Pindell’s incorporation of text into her work was meant to be educational, although it caused pushback. “One of the criticisms I was getting in the art world was, when I used text, they didn’t want to know—this is New York City—they did not want to know,” she says. “They wanted there to be mystery in the work.” 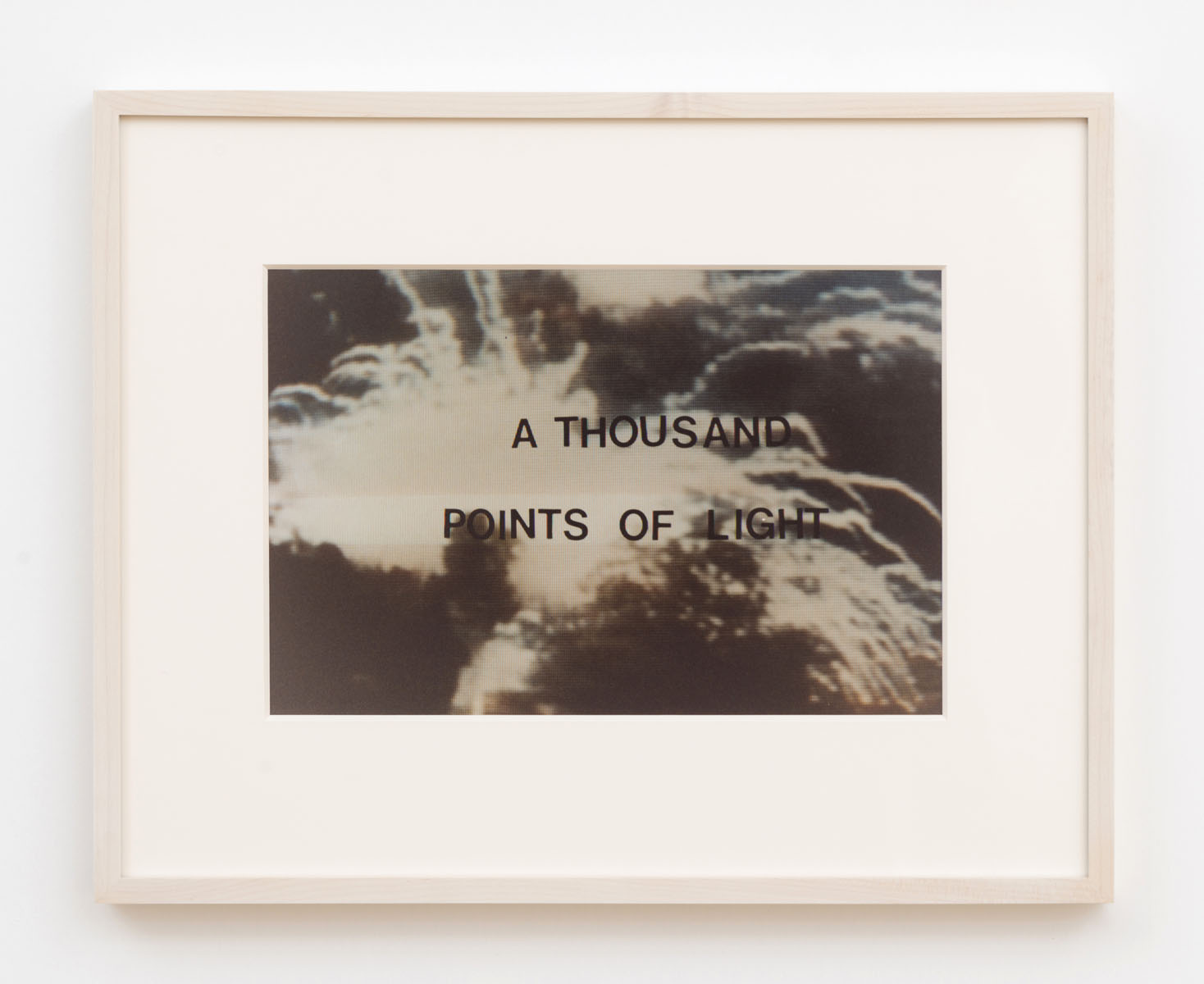 This shift in tone is at its most brilliant in “War: A Thousand Points of Light (White Phosphorus),” where the text affords the piece much stronger resonance. A white phosphorus bomb explodes behind the phrase, “A Thousand Points of Light.” This work is also on view in Pindell’s concurrent retrospective at the Museum of Contemporary Art Chicago. The MCA’s description notes that the phrase was popularized by then-president George H. W. Bush, who used it in reference to volunteerism in American communities. The juxtaposition of Bush’s political catchphrase with the noxious chemical, which Amnesty International says can burn “deep into the muscle and bone” and which could be considered a war crime if used in population centers, is striking. Not to mention beautiful. Though this image is from 1988, it reverberates today. The United States admitted to using the substance in Iraq in 2017. As Pindell’s work makes plain, history is always with us. (Kerry Cardoza)