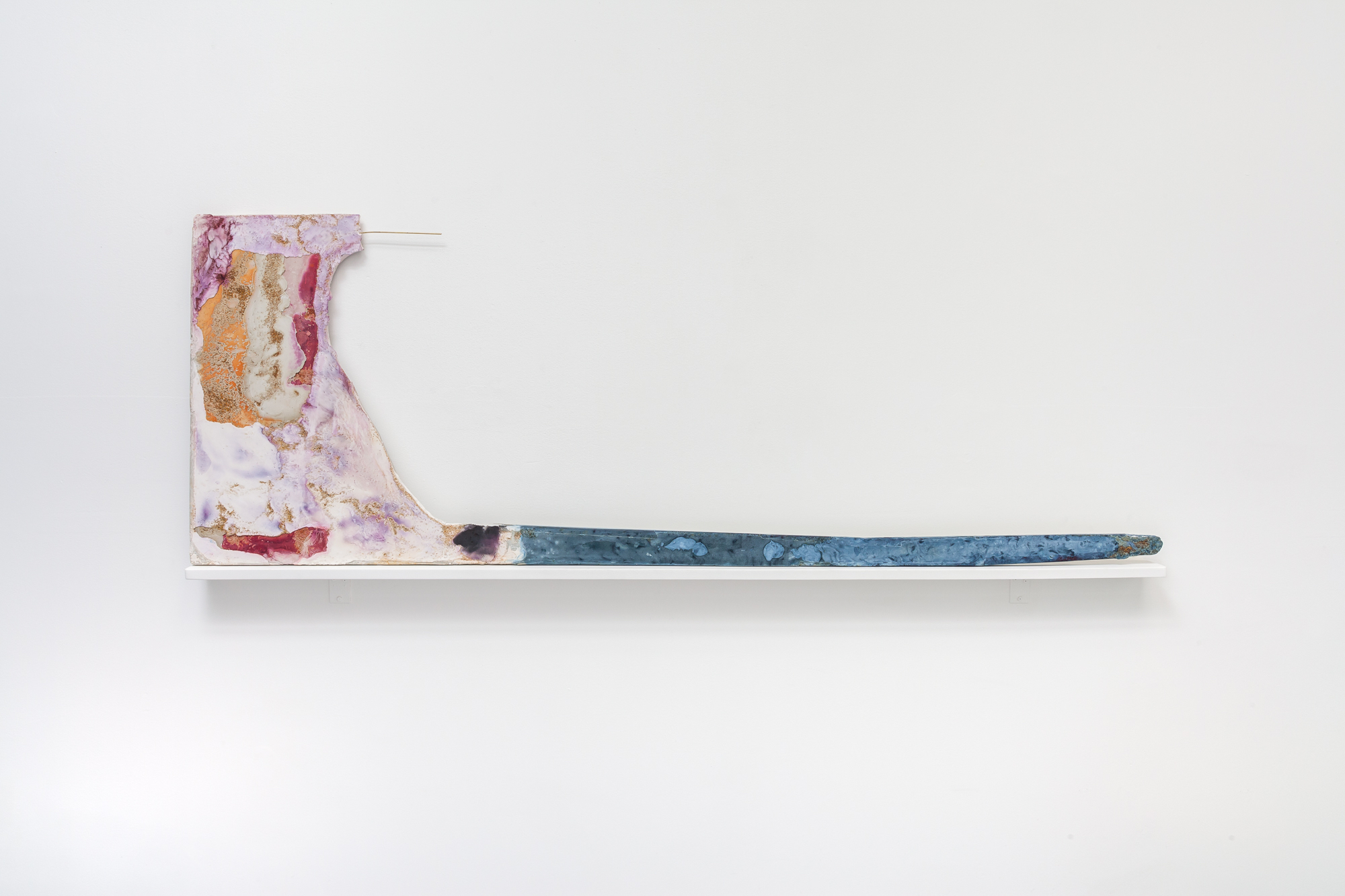 Cathy Hsiao’s “Movement 1, Bloom” at Goldfinch takes its form, as the title suggests, as a self-contained part of a bigger, unfolding picture. It is at once an exhibition of material works, many of them large, abstract cement-casted sculptures with delicate colors from plant-based dyes. Works like “Rococo”, a large U-shaped form, present this material dialectic well, using indigo and chamomile tea to create a surface visual effect that softens the concrete and plaster of which the object is comprised. In this sense, the anachronistic nature of the materials provoke an abstraction of its own sort, a juxtaposition that calls to mind the investigative coarseness and softness in the works of Eva Hesse. 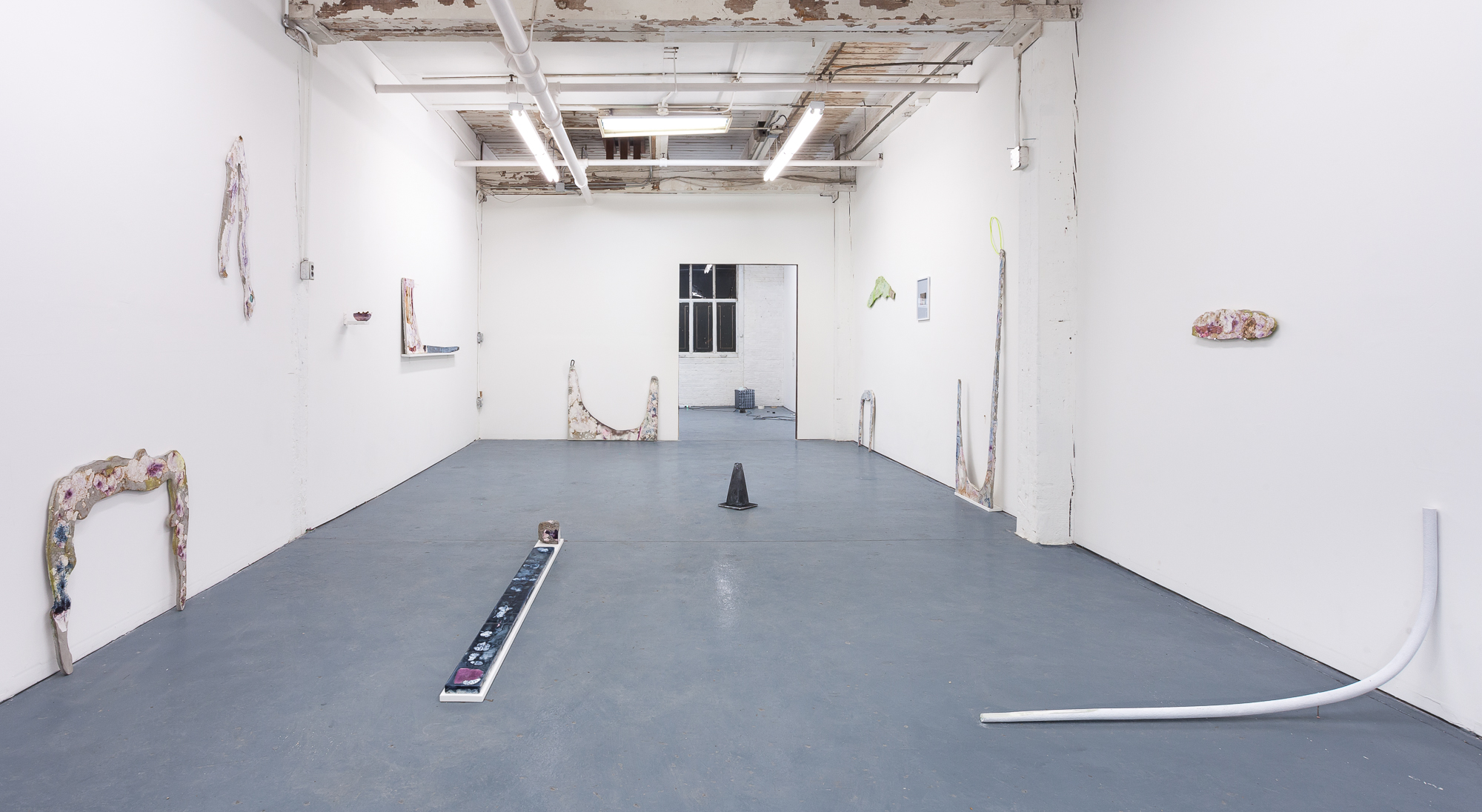 The translations that arise from material pairings in abstraction have long held a visual counterpart in music, particularly with the visual or graphic score, meant to challenge conventional notation or fixed interpretation. Composer and musician Anthony Braxton, whose graphic scores were composed with performer affirmation in mind, remarked that the works of Kandinsky were the closest to how Braxton synesthetically perceived music. It was Kandinsky who believed that “a work of art consists of two elements, the inner and the outer,” and it is with this point where we can find the “bloom” of which Hsiao’s movement is located. 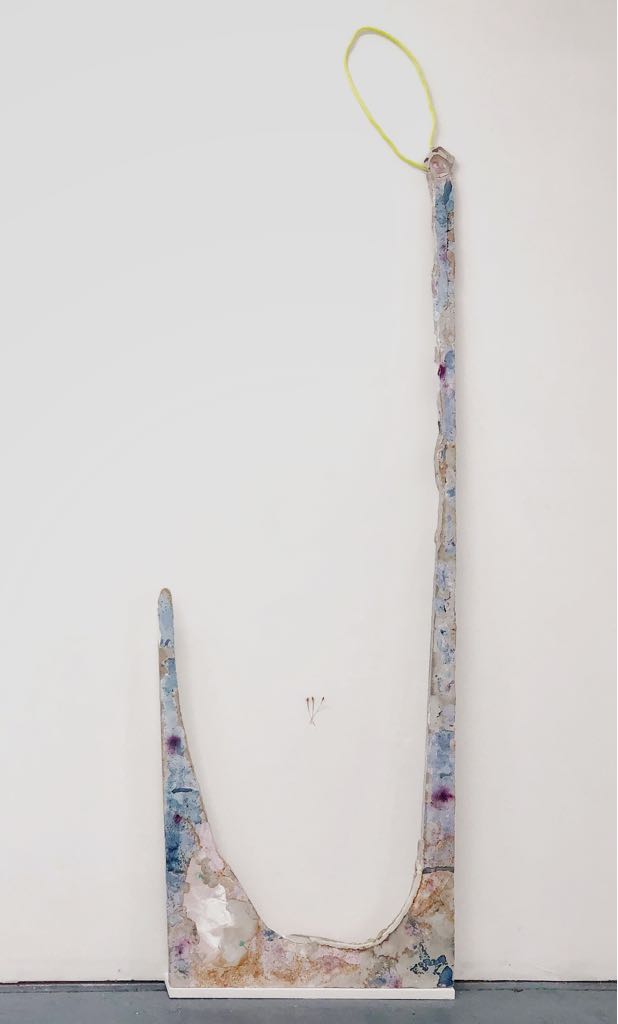 The works in “Movement 1” are hung corresponding to a written score of visual notations that graphically resemble the works. In this way, the works are not only given a sonic quality—located in notations—but directly comment upon the outer systems and networks that help to realize them. The works are hung to represent notational modulation which in turn points at the role of the preparatory, for example. Art exhibitions are typically wont to remove such residuals, but in “Movement 1” Hsiao wants it all ways, offering an exhibition as much about processes as formal aesthetics. Such an ambition is a difficult one to rise to given the bifurcation that often occurs at the intersection of conceptualism and formalism. What “Movement 1” gets to is that the “Bloom” might be an awareness of not only the long way art has come from its divisive philosophical orthodoxies but that we must consider how we might figure into the scheme of such things, that locating each other might be the bigger picture in all of this.