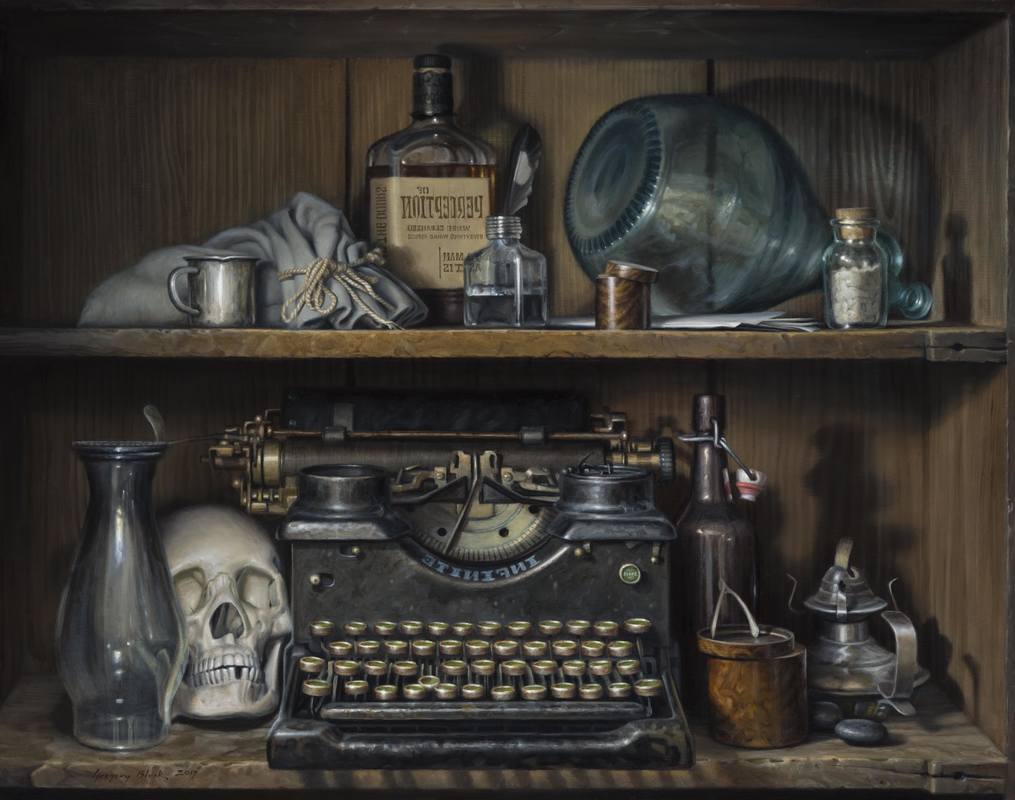 Gregory Block welcomes us back to the Golden Age of Dutch still-life painting, but with a few important differences. The lighting is still dramatic, but sometimes the objects themselves emit an almost radioactive glow. The kitchen table is often the setting, but the comestibles are usually not so fresh or appetizing. Mechanical devices may be depicted, but they seem outdated and may no longer work. Traditional symbolic objects may be depicted, but not in a Christian context. A human skull establishes one painting as a memento mori, but it appears to be a white plastic cast. Block’s colors are muted, not vibrant. Sometimes they feel sickly. His drawing is accurate rather than exciting. He is clearly aiming for a moment of melancholic philosophical reflection rather than sensual delight. And often I am totally captivated. 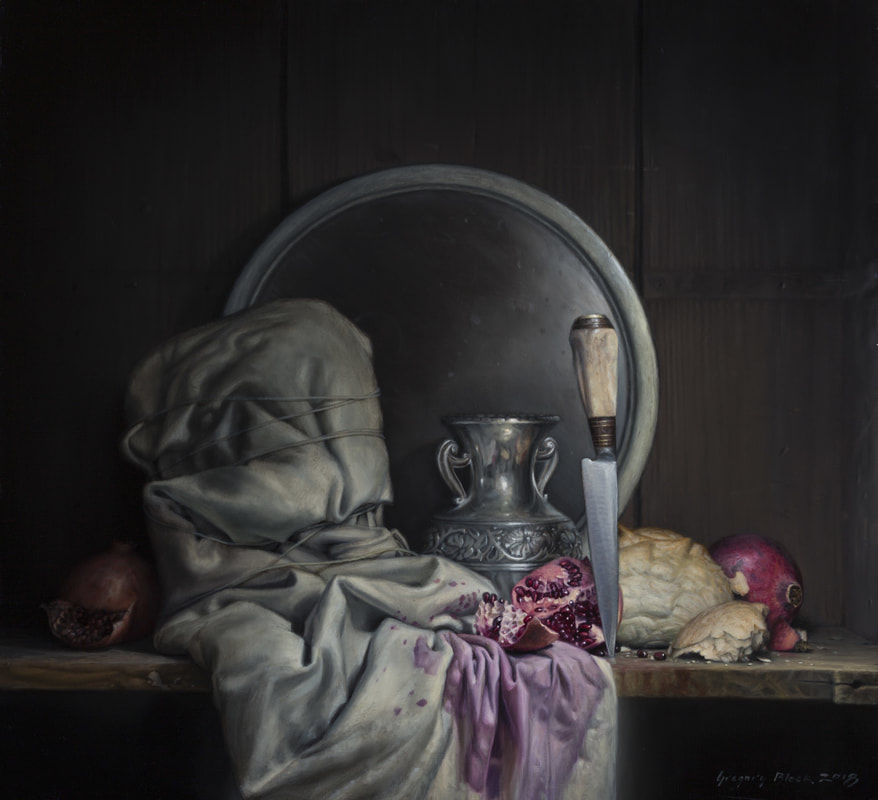 His “Sacraments (Sinner, Saint, Shroud, Salvation)” is so dramatic it’s almost humorous. A vertical, pearl-handled knife takes center stage, driven into the table right next to a white garment that’s wrapped around a head-sized object. Beneath the knife’s tip, the garment has been stained purple, apparently from the sliced pomegranate behind it. The piece is at least as bombastic as its title, and that bombast would seem to mock, rather than celebrate, the religious fervor of the seventeenth century. You just know that the shroud is concealing a cabbage rather than the severed head of a saint. You also know that salvation is not an option.

“Totem” is wonderfully puzzling and even more disturbing. A white vanilla layer cake with thick ornamental icing has been crushed beneath a pile of other pastries, topped off by an inverted wheel of brie. The details have been painted with loving care, especially the flaking white surface of the cheese. There are broken eggs and spilled sugar on the table beneath it. Why would anyone go to so much trouble to make such a confection and then destroy it?

“Pear Preserves” is my favorite image. A clear plastic sack of bright green pears has been thrown onto the shallow glass shelf of a medicine cabinet. They have all been sliced in two, and some are just beginning to dry out and shrivel. Their freshness and taste will soon be irreparably lost. As one who loves this fruit and who may have occasionally ruined it, this scene makes me uncomfortable. It’s also beautiful, in a cool and quiet sort of way. 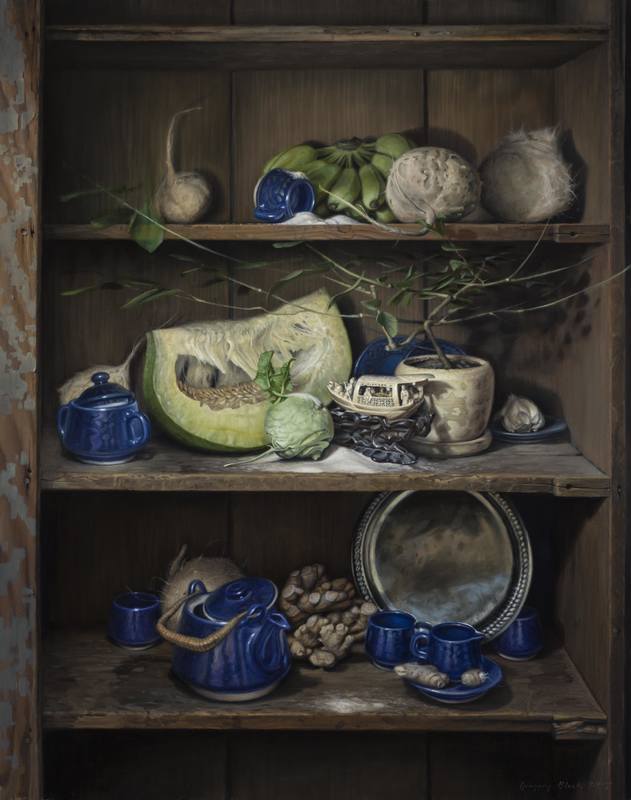 Other pieces pursue different themes. A straightforward depiction of a Baroque lute feels adequate but boring. “Little Saigon” depicts a cabinet filled with assorted plates, bowls and vegetables. The shape of a fresh slice of green melon is echoed by a Chinese ivory carved to represent a riverboat. It’s utterly inscrutable, but the appealing design encourages me to keep trying to puzzle it out.

Block stands outside the current conceptual, romantic or trompe l’oeil traditions of still life painting while still drawing from each. Born in 1986, he has pursued no formal art education beyond high school. He depicts objects so they become part of the room in which you’re standing. You are forced to confront them before entering the painting. There’s a sadness about his meticulous Albertian picture windows. All of the objects hold to the center and they will never see daylight. The wooden shelves on which they rest are rent with ancient nail holes and cracks. There is neglect and despair, but it’s manageable. It seems to fit within a larger, cosmic scheme, even if that scheme remains a mystery. (Chris Miller)