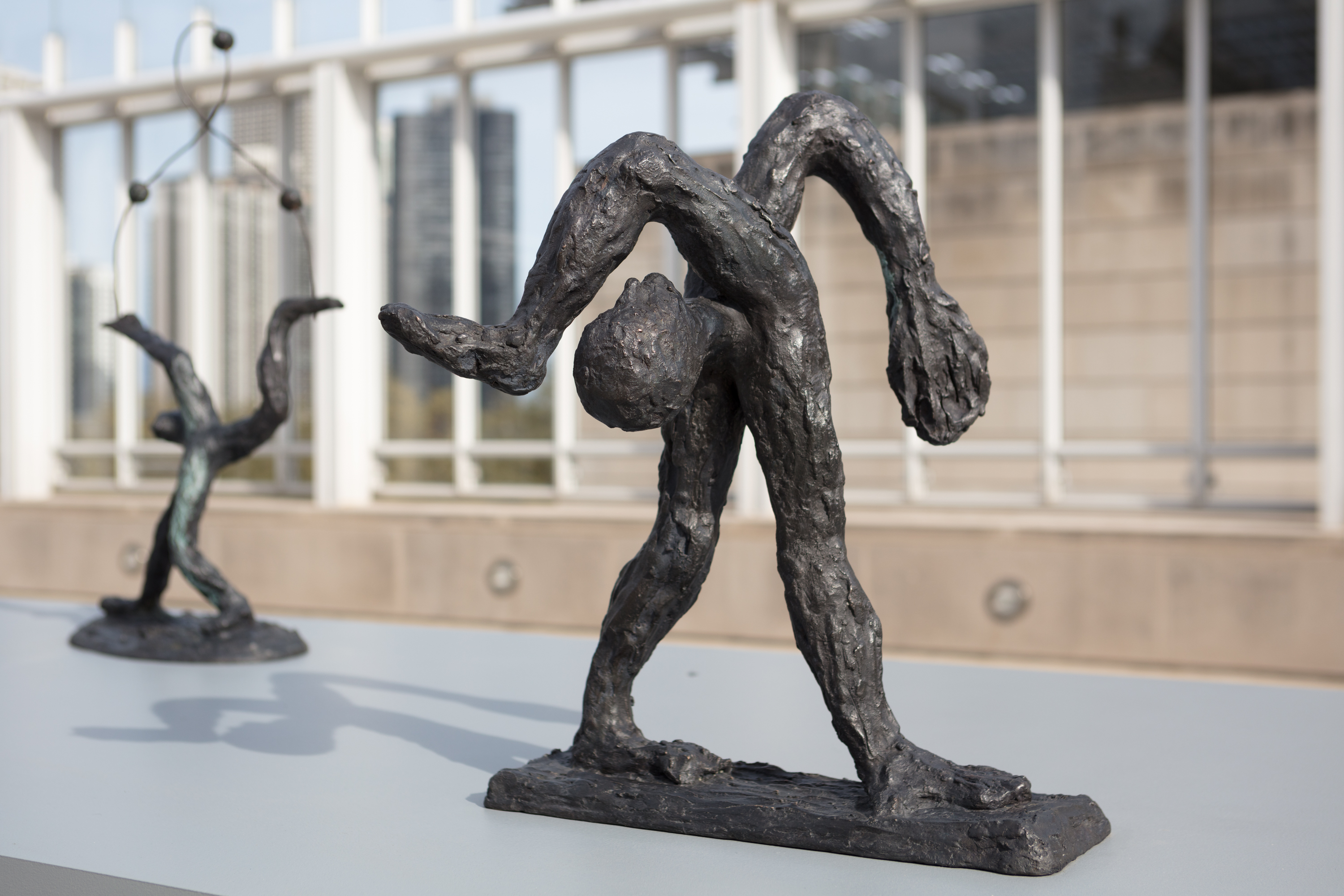 The genesis of this commissioned installation, in the words of the artist Andrew Lord (b. 1950), was in those “unslumbrous nights” during “my own days of artistic wandering without a clear destination.” Curiously enough, it was the freestanding human figure that finally emerged in the work of this ceramic artist who usually makes tea cups and coffee pots. That makes sense to me. Nothing fascinates the human eye more than the shapes of other humans. Imaginary arms, legs and faces may even invade the dreams of minimalist painters as they toss and turn in the middle of the night. 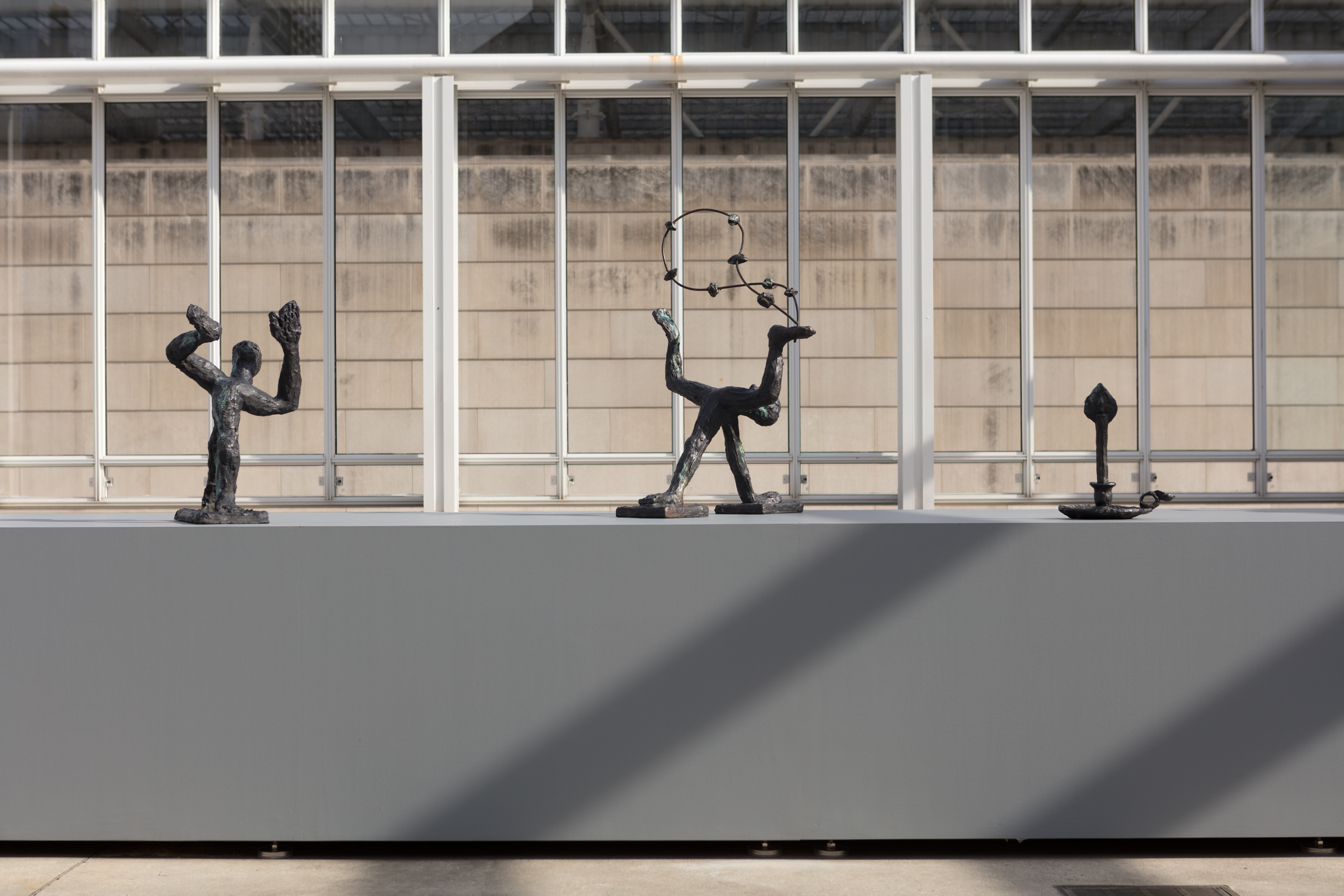 What’s surprising about the resulting work, however, is how good it looks. Though he may have drawn human models back in art school, that was nearly fifty years ago. The kind of human figure he has chosen (or been chosen by) is the acrobat: strong, lithe, athletic—and suggestively amoral. That’s probably why the rebellious young Picasso liked to draw and paint them. Unlike other athletes, acrobats are not required to follow strict rules—instead, they appear to break them—to defy the laws of nature by doing things that ordinary humans cannot. Andrew Lord’s human bodies also defy the laws of anatomy. They may have more legs than arms and since none have torsos, none have sexual attributes. Yet they are still quite vigorous, exciting and identifiably human. Their earthy vitality reminds me of the street performers represented in Han Dynasty tomb sculpture. Ceramic artists may not specialize in human anatomy, but they sometimes excel in the expressive qualities of mass in space. Without that, figure sculpture is no different from illustration.

My favorite piece here is “Acrobat Juggling Three Balls,” but actually, all of the cast-bronze acrobats are lively, buoyant and balanced—and not just from one view. They transform the Bluhm Family Terrace into a noisy open-air carnival. They fulfill the goals of modernist sculpture as stated in gallery signage: “the extraordinary expression of light and shadow, volume and plasticity, surface and shape.” They also project that modernist optimism about a robust human condition that did not survive the twentieth-century. Regretfully, those qualities are lost when the same pieces are cast in terra cotta and streaked with brilliantly-colored epoxy resins. Displayed within glass cases in the adjoining restaurant, they’re less like modern sculpture, and more like tropical fish in an aquarium. As with most contemporary American ceramics, the turbulent, colorful surface has overwhelmed the form beneath it. The figures are less like circus performers and more like circus freaks. Also disappointing are the more recumbent cast-bronze figures. Sleeping heads and reclining figures may be necessary for the “unslumbrous” theme, but they look awkward and clumsy. When strength and balance are not required, the human figure seems to impede rather than inspire Lord’s design. 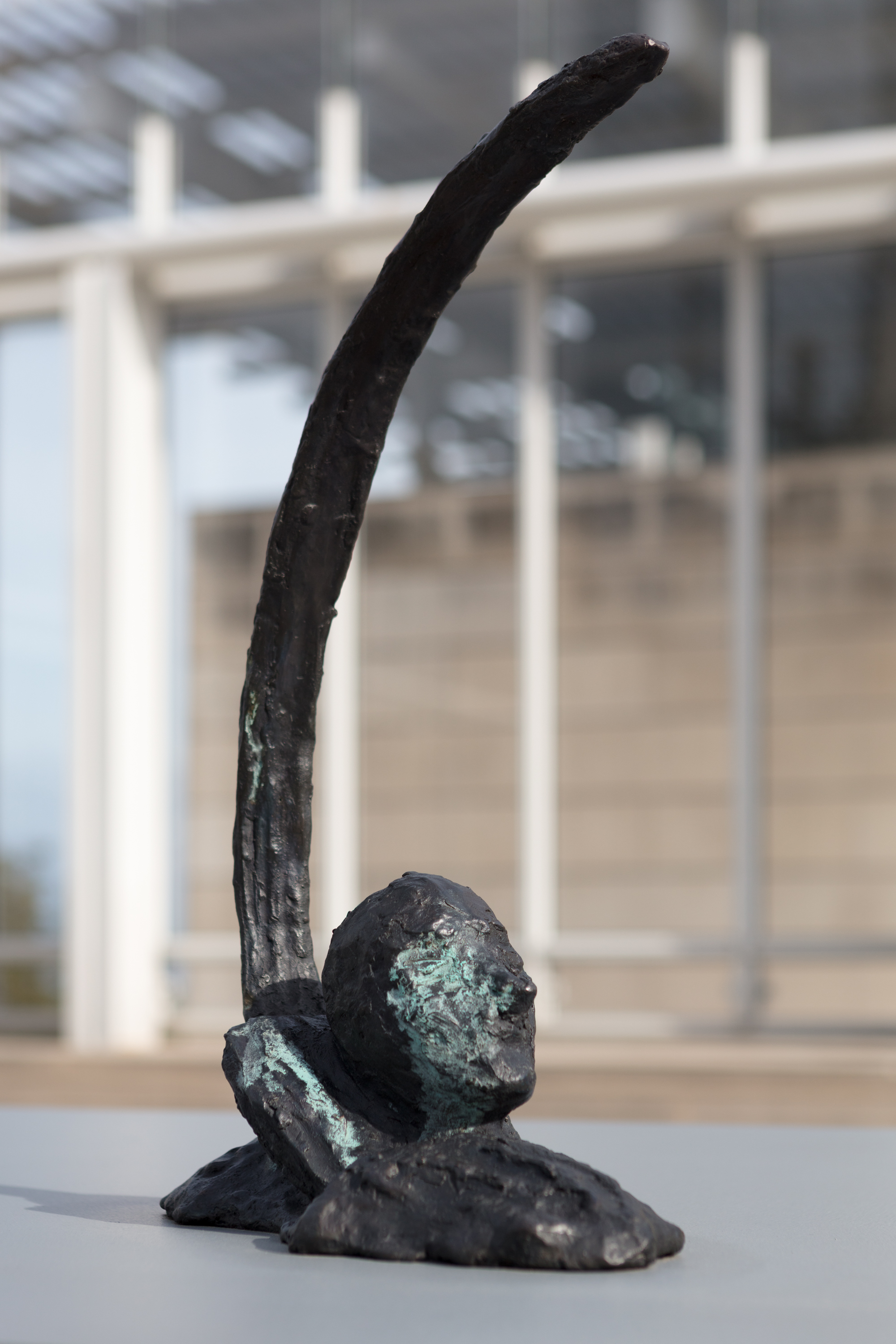 Unless he makes more acrobats, it’s quite possible that Andrew Lord will not continue to model human figures that compare well with the work of Elie Nadelman and Alexander Calder. If you look online, however, you’ll find that the rest of his unconventional ceramics compare well with the hedonistic work of our local master, Xavier Toubes, currently showing at the Cultural Center. His tableware is much more about the history of modern painting than drinking tea or pouring coffee. I wish those pieces would travel to Chicago as well. (Chris Miller)