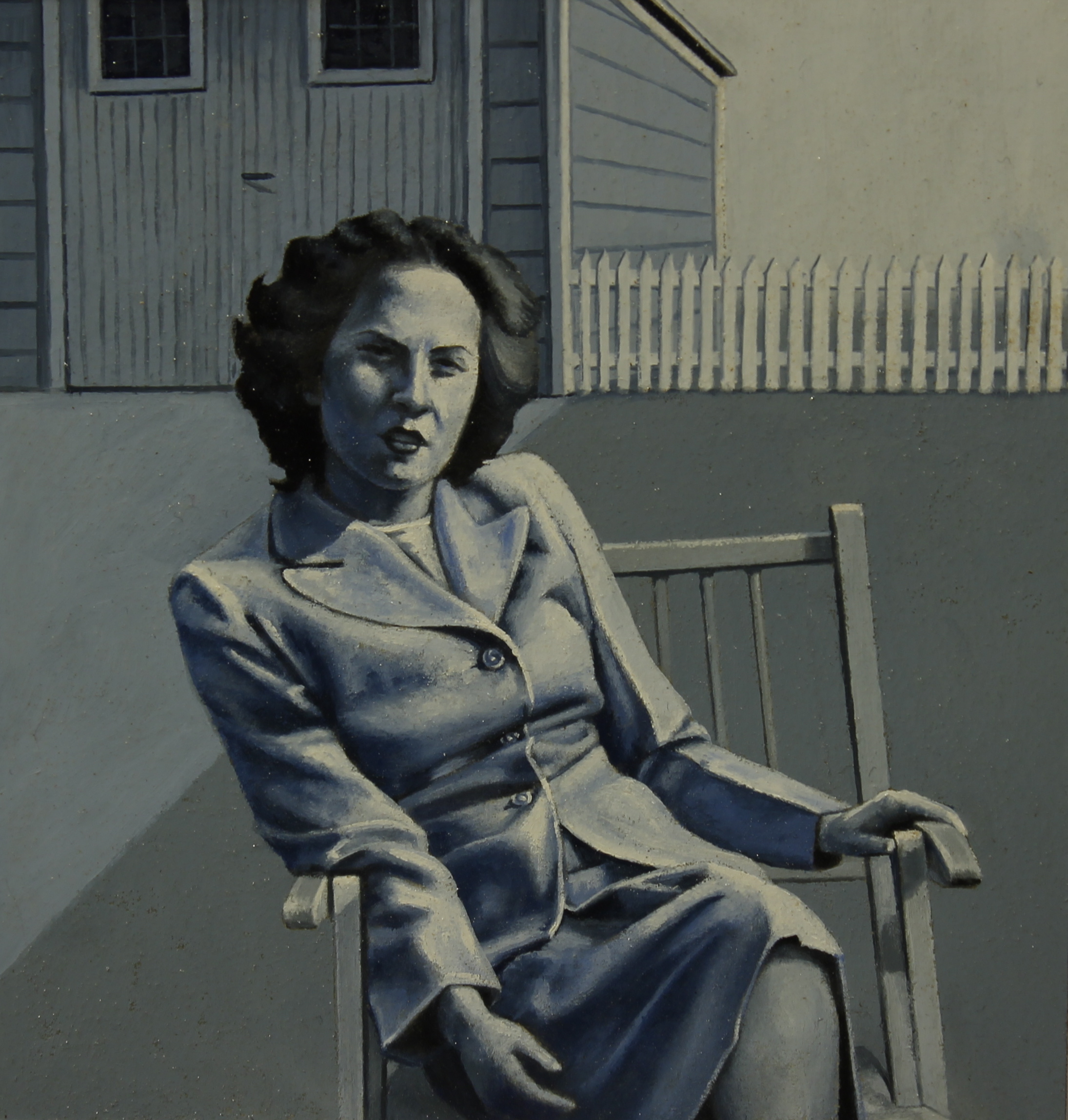 Group exhibits of women artists don’t have to focus on gender, but the paintings of these three women either celebrate, critique or overcome conventional gender roles in America. The sharpest criticism comes from “Memories That Are Not Mine,” an exhibit of Heather Marshall’s oil paintings based on her personal collection of old black-and-white family photographs. “Baby I’m the Baddest” presents the frustrated housewife of the 1950s. Encompassed by a white picket fence and trapped in a suburbia of manicured lawns, she’s all dressed up with nowhere to go. “Take Me to Church” is more pleasant as five angelic school girls, all dressed in white, march in formation. They descend the church steps so blissfully, however, it seems quite likely that one will stumble and fall. These are the bad old days of conventional female identity, and a contemporary woman can look back at them with both humor and dismay. The wooden forms and flat, claustrophobic qualities of a typical family photo enhance the discomfort and sense of time past. The artist’s drawing is precise, analytic and just a bit desiccated. If she uses any colors, it’s only one or two—and it’s the dreary kind seen in colorized updates of old movies. The overall message is a jaunty “We’ve come a long way, baby!” 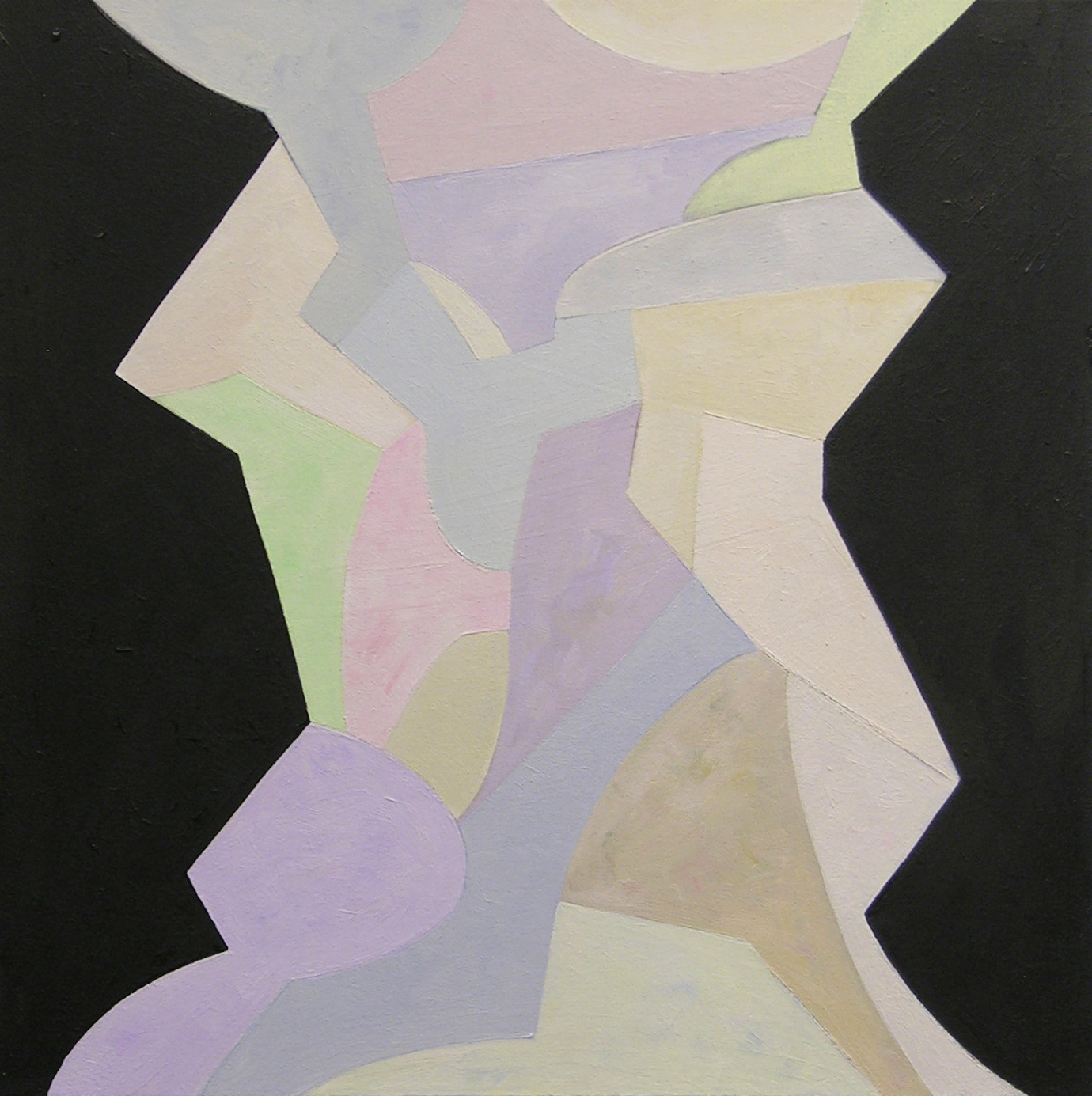 Apparently, however, not all women have come far enough to avoid doing the laundry, even if only as the subject of formal and semiotic investigation by Nina Rizzo in a group of paintings called “Le Lavage.” Though sometimes identifiable as socks, panties or men’s briefs, clothing becomes more amorphous as it’s soaked in water and spun together. The paintings pull the viewer in, as the mind is challenged to find edges as well as make identifications. The flowing shapes and muted colors of “Leggy Lemony Laundry” recall the subtle designs of an abstract painter like Miyoko Ito. The sharp, more aggressive shapes of “Monument to Underwear” recall the naughty playfulness of a Chicago Imagist like Christina Ramberg. One large painting, “Irregular Tabs,” might even suggest that most fearsome female archetype, the vagina dentata. Perhaps inspired by socks clinging to the inner barrel of a dryer, the jagged red border sucks attention right into the swirling, thick brush strokes of the capacious black hole at the center. Rizzo may be doing the laundry, but her mind is somewhere else. 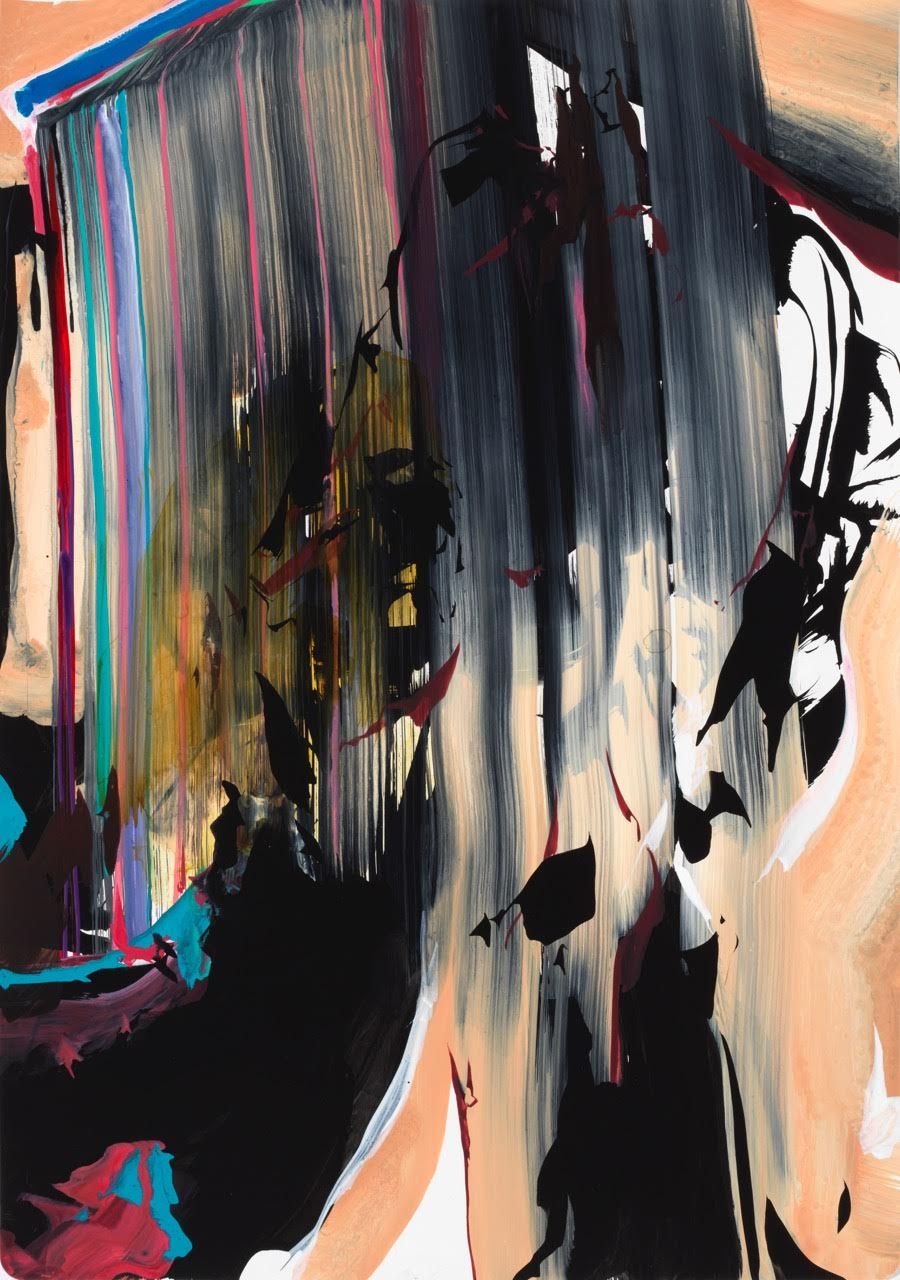 The abstract paintings of Kim Piotrowski are so spectacular and virtuosic that it’s hard to think about other issues. For me, they’re cinematic—with the colorful explosions and bursts of laser energy found in “Star Wars.” But that may just be my own testosterone-fueled imagination. Ten of her works on paper have been accompanied by the poetry of Rose McLarney, who met the artist at a creative residency in the mountains of northern Georgia. McLarney sees each of the paintings as domestic architectural spaces. Following her suggestion, they might suggest homes resounding with the high-pitched voices and unpredictable energy of young children. Such an interpretation might be confirmed by those more quiet paintings whose titles, like”Rabun Gap” or “Hambridge Georgia,” refer to that same mountain retreat mentioned above. Piotrowski is painting about wherever her life as a mother and artist happens to take her.

Although each of these painters is interesting on her own, the remarkable contrast between them is what makes this exhibit so exceptional. It suggests a contemporary American world rich in opportunity—for both painting and living. At least for women of a certain class. (Chris Miller)

Kim Piotrowski’s “Now That the Sky Has Fallen,” Heather Marshall’s “Memories That Are Not Mine” and Nina Rizzo’s “Le Lavage” show through April 21 at Linda Warren Projects, 327 North Aberdeen.