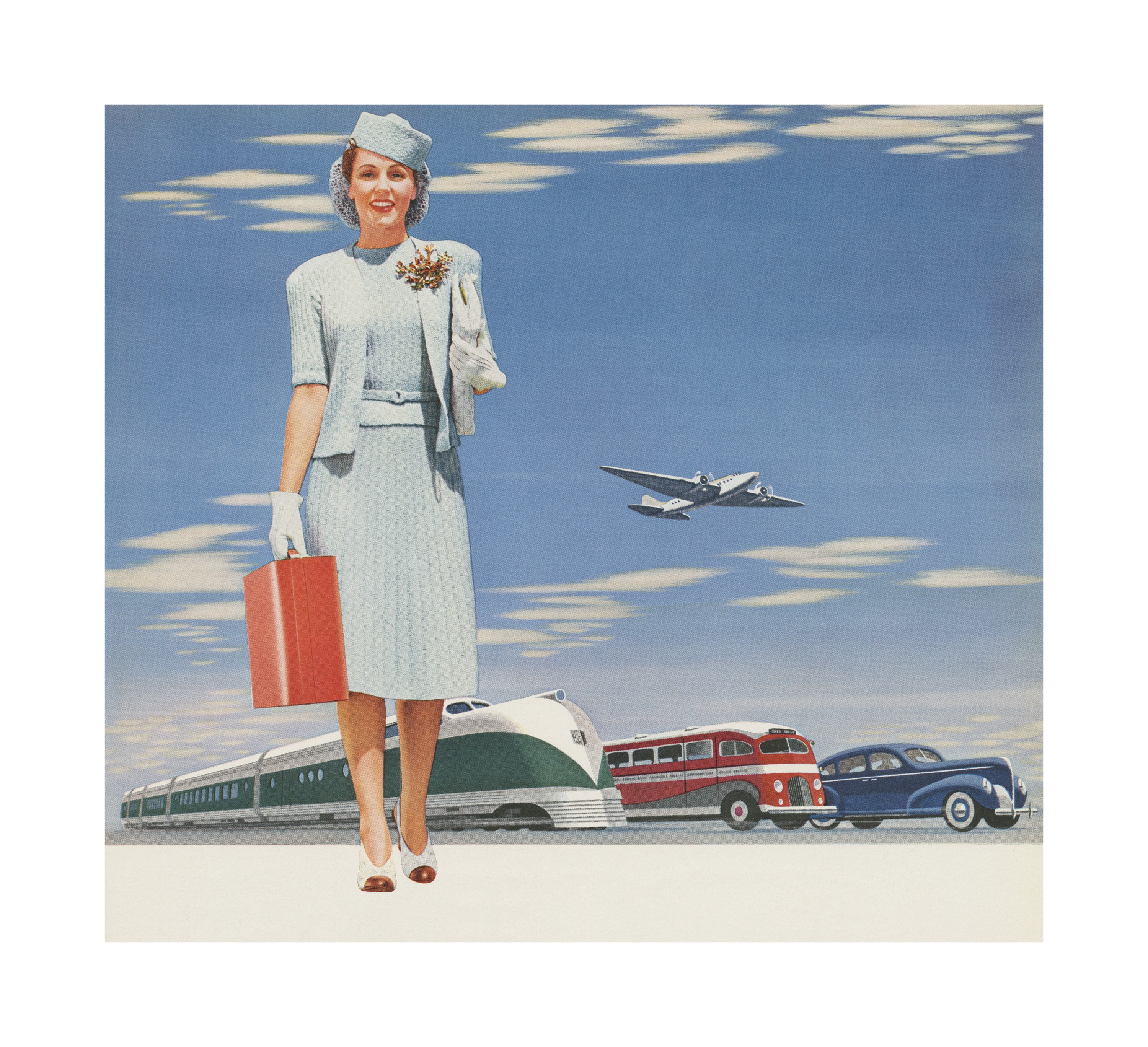 If anything positive can be said about social media in this moment of data breaches, election hacking and #fakenews, it is the power it has given to individuals to speak out en masse against racism, sexism, white privilege and hypocrisy. Sometimes the targets of such indictments are politicians or celebrities, but more often the hive-wrath of the Twittersphere is aimed at brands that either co-opt social consciousness or remain blatantly ignorant of society’s changing tides. During this year’s Super Bowl, Ram drew instant ire for laying a Martin Luther King, Jr. speech atop of a truck ad. And who can forget last year’s once-aired Pepsi advertisement that placed the beverage at the center of peace between protesters and the police in a thoughtless nod to Black Lives Matter?

The fact that more people get riled up over offensive commercial images than either politics or policy does not mean that the public is dumb and dangerous, although I do caution against the pitchfork mob being the primary forum of public discourse. People react strongly to advertisements precisely because ads are designed to provoke a response, and because—like it or not—brands are an important part of American self-identity within its capitalist society. What we consume defines, at least publicly, how we project ourselves to the world and how we interpret the identities of others in the public sphere. The rise of DIY culture—doing it yourself instead of letting the corporations take care of the hard work for you—only emphasizes the fact that commodity culture is fundamentally about self-expression, even if that expression is an exceptional rugged individualism. If the advertisement is less about selling a product than it is about selling a state-of-mind that in turn informs an identity-based practice of consumption, then the social impact of ads exceeds the realm of economics and enters the psychology and sociology of everyday life. And this is precisely where art can help us decode the messages we are constantly force-fed through traditional advertising and ever-expanding digital marketing. 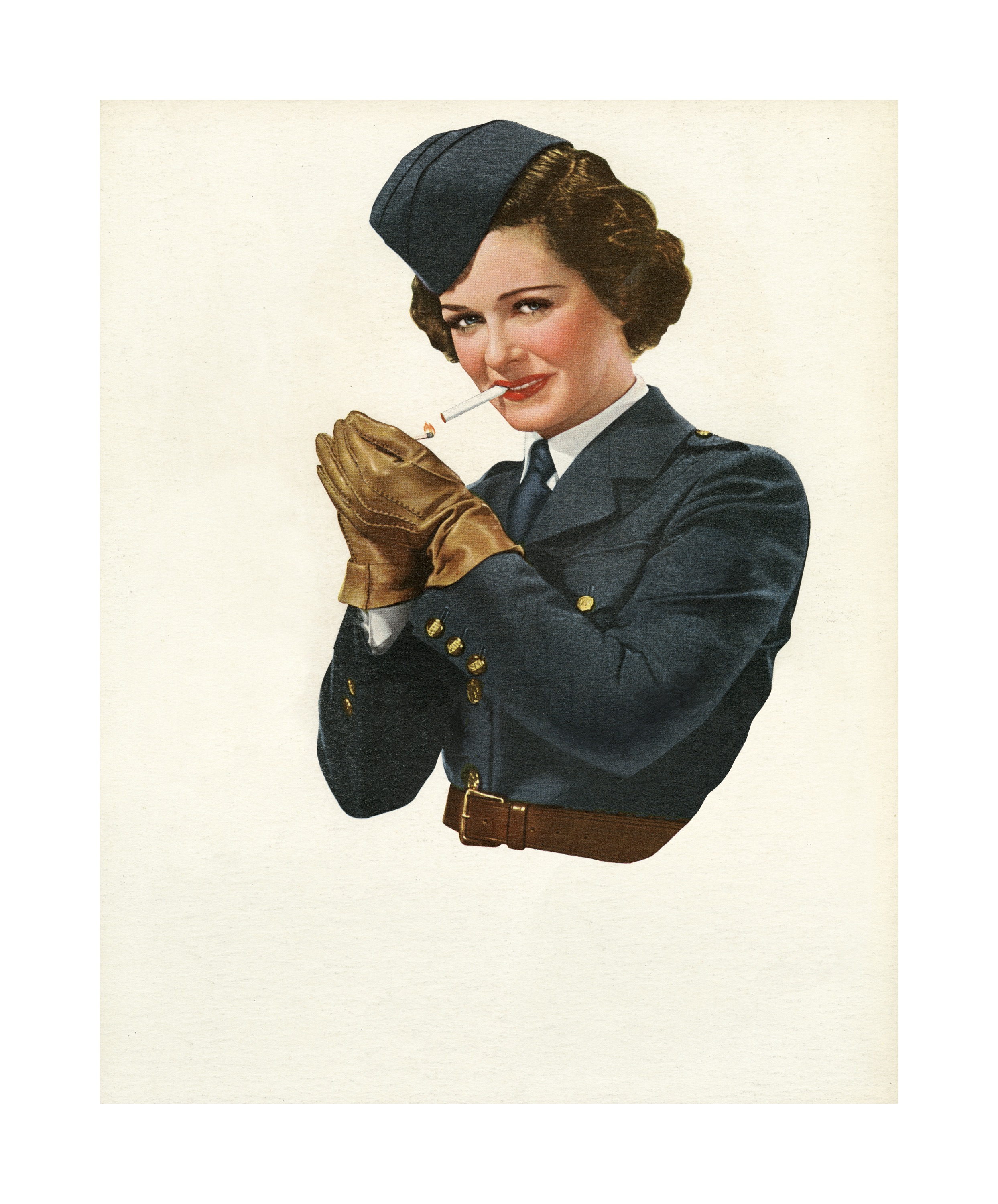 At the Block Museum of Art in Evanston, two bodies of work by one artist are image lessons in advertising bias and persuasion. “Unbranded” is a presentation of distinct but related projects by Hank Willis Thomas, an artist and 2018 Guggenheim fellow whose work has considered the relationship between consumer culture and identity for more than a decade. “Reflections in Black by Corporate America” takes on fifty years of advertising toward African Americans from 1968—fifty years ago, the year of Martin Luther King, Jr.’s assassination—to 2008, the year that the United States elected its first and only black president. A newer series, “A Century of White Women” considers the depiction of white women in advertising from five years before their right to vote until three years ago. Both series begin with a simple premise: to select one representative print advertisement and strip it of all its text and identifying branding, leaving only the figures and the setting to convey meaning. The results are images that speak for themselves, so to speak, although Thomas’ titles give directional hints. “They Satisfy” is an image of a white woman depicted from the waist up in military regalia as she cups her leather-gloved hands around a lit match and smiles with a cigarette in her mouth. The tobacco-positive rhetoric is easy to spot with or without the leading title, but moreover the work points to a kind of feminism that would seem odious by today’s standards—a woman’s freedom defined by her right to consume—or would it, given today’s penchant for gender-based, politically-infused advertising like DSW’s Chicago “March On” campaign of last year? 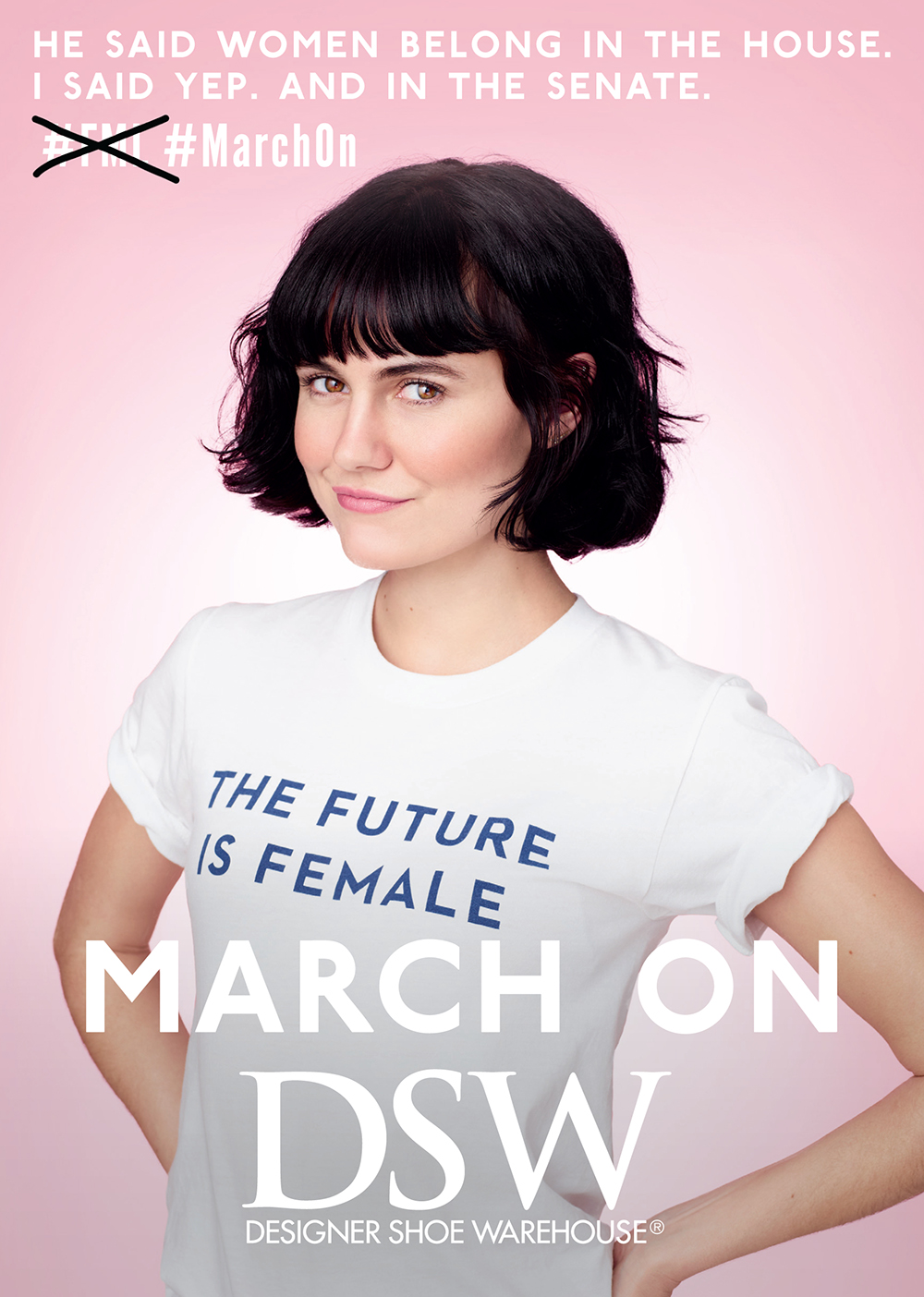 Of the “Reflections in Black” series, one image stands out as especially powerful. The faces of an African-American man and a woman are photographed at close range. The man is wearing an ornately-embroidered shirt of the dashiki style popular among African Americans during the Civil Rights and Black Power movements of the sixties and seventies. The woman is crowned by a beautiful afro and wears large hoop earrings. Both figures stare down the camera defiantly, presenting an assertive image of black America. Without a slogan to tell us how to make sense of the image, the cigarette poised elegantly in the woman’s right hand might seem to emphasize the effect of feminine empowerment in a way similar to the work mentioned above. Like ”They Satisfy,” “Farewell Uncle Tom” conflates the idea of satisfaction in smoking with a liberating self-presentation, this time for both black women and men. From these works, we glean that under the democratic gaze of capitalism—if not in the eyes of the law itself—all people are equally worthy of being the targets of ads. 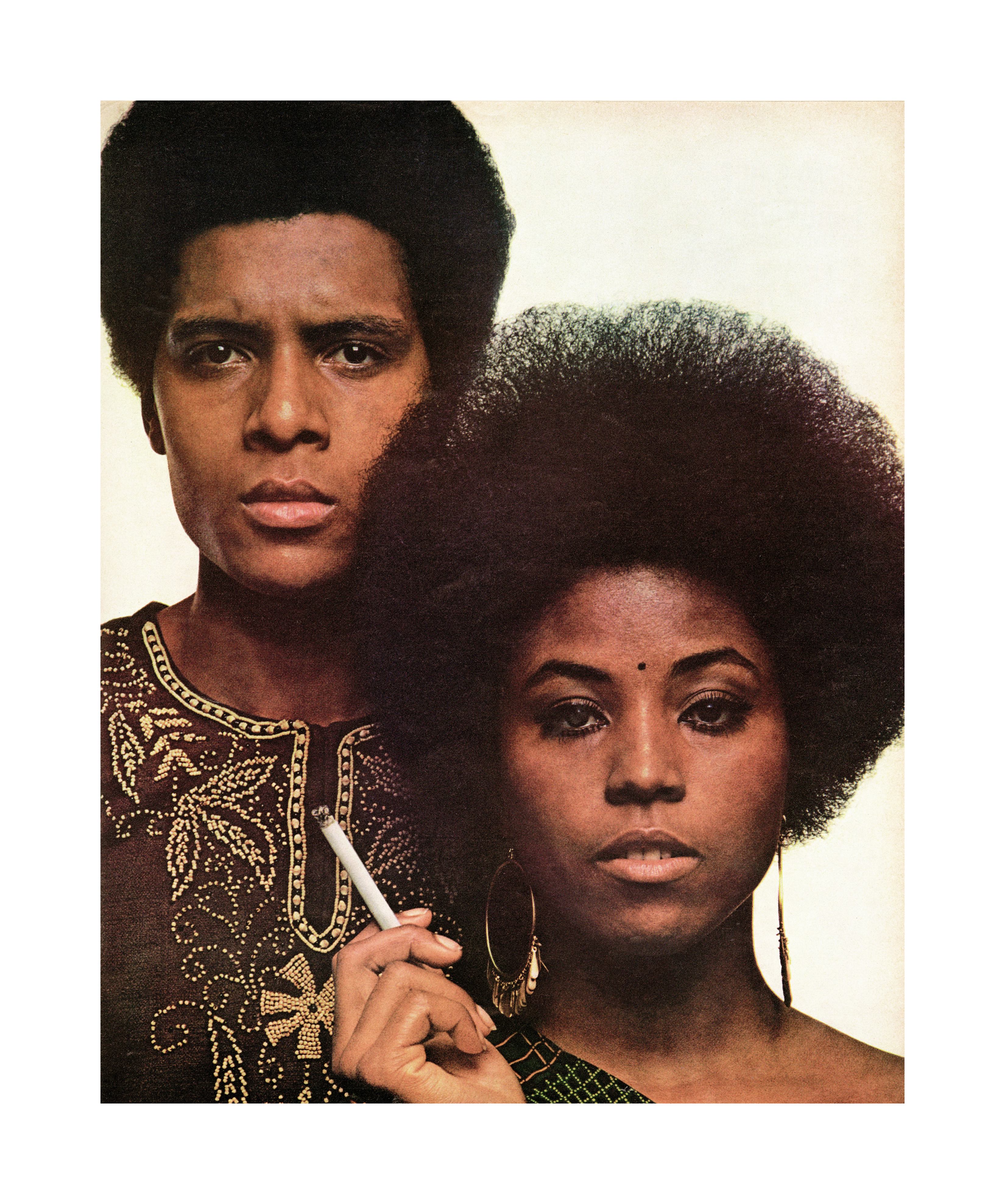 As Thomas makes clear, advertisements often rely on the political conditions of contemporaneous social debate to mobilize self-identification vis-a-vis consumption. Why else would people get so heated about a video of a celebrity offering a Pepsi can to a cop? What is not so clear in Thomas’ work is whether or not a moral judgment is being made about advertising culture. The fact that advertising preys on insecurities and aspirations is no revelation, but the role it plays in shaping perception and identity is insightful. As Thomas’ projects show, the twentieth-century social trajectories of white women and African Americans did not develop in tandem, though the comparisons of their uneven paths over the century are revelatory. Ultimately, the question raised by Thomas’ work is not about whether advertisements influence us to consume—we know that they do—but how ads condition us how to regard ourselves and each other not as human beings, but as products. We would all do better as a more image-savvy audience in the face of any ad, but it is far more important to consider our fellow humans as more than just images. If some art can help us get there, all the better.