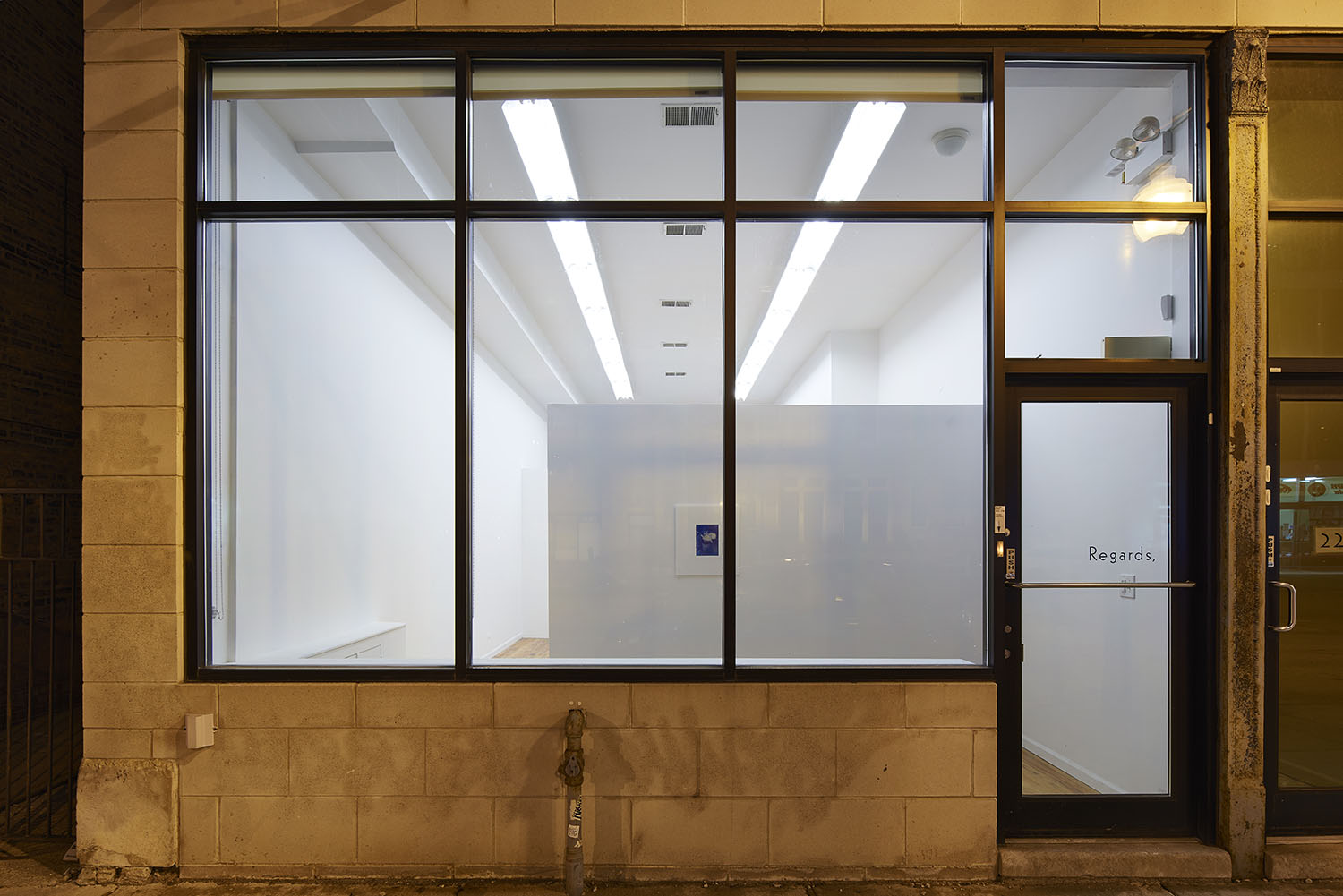 Aque addresses both his own sexuality as well as “Queerness” and “Otherness” in a broader contemporary context by using the culture of cruising as a foundation of source material for his work. Although the exhibition text provides an explicit first-person narrative of Aque’s life, relationships and mindset, his sculptures and mixed-media documentation carry so little autobiographical content that their application reaches suspect levels of banality. 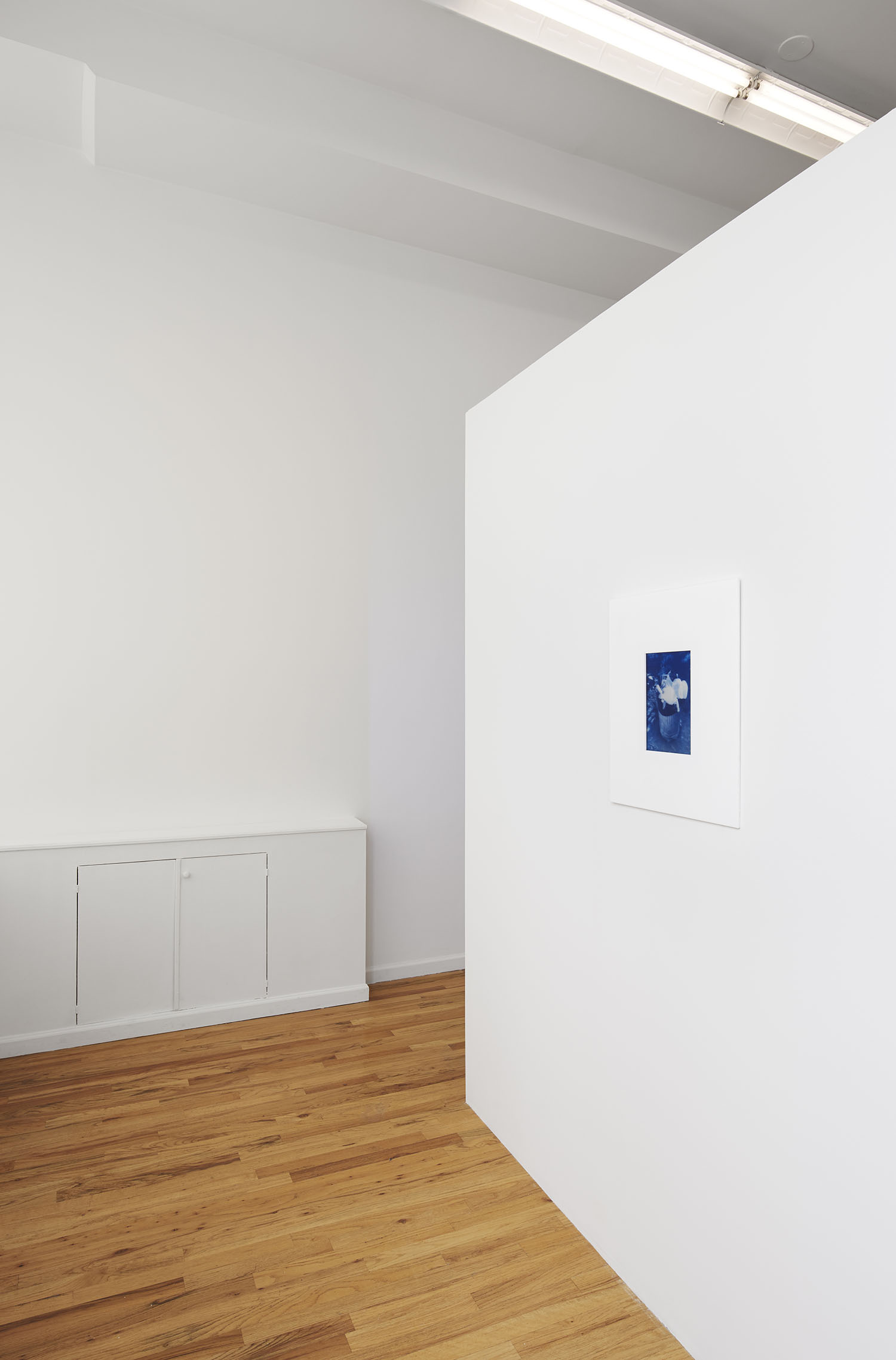 For instance, “Erasure (apart)” and “Erasure (together),” are two sets of motion-deactivated UV-C germicidal lamps. In “Erasure (together)” the lamps are mounted vertical and parallel to one another, whereas in “Erasure (apart)” the piece mounts the two lamps horizontally and on either side of the wall at the top of the staircase in the back of the gallery, causing the viewer to walk ostensibly through the work. Both sets of lamps first appear as found objects, but in truth, their seamless construction is a testament to Aque’s fabrication techniques and skilled ability to have his work blend into the gallery. While inconspicuous in an architectural context, these pieces do well to address and contribute to concepts of public sex, gay identity and queer futurity.

Each “Erasure” piece deactivates with human presence, never allowing the blue hue the pieces emit to occupy the same physical space as a visitor. Those familiar with the open-format gallery will also be met with two temporary walls which move the viewer forcibly through the exhibition. By tweaking space and light, the seemingly minimalist presentation takes on a layered complexity that emulates the navigation of a homosexual body in search of both potential connection and anonymity. 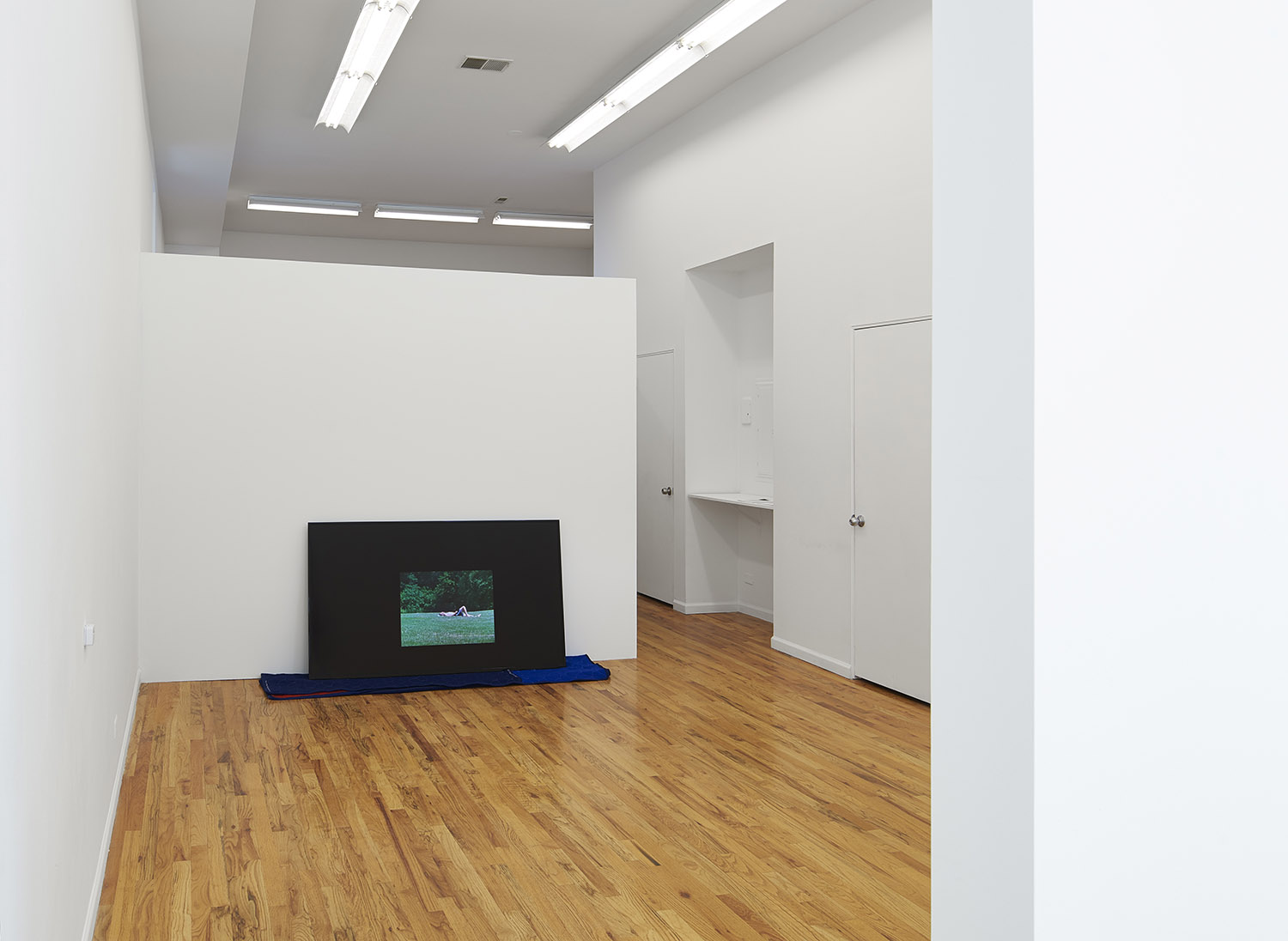 Aque’s voyeuristic exploration of desire within the confines of an oppressive culture takes on a heightened element of daring and commitment with the inclusion of his fourteen-minute video piece, also titled “Idling.” With a Super 8 camera, Aque voyeuristically filmed males lounging in Prospect Park from a distance. Each subject, unaware of Aque, can be seen sunbathing, but little else happens. The power of this piece comes in how Aque has edited the piece to compensate for his circumstantially shaky hand. The frame of the Super 8 footage moves around, while the subject remains centered on the monitor.

Over five-hundred hours of editing went into achieving this result, and the monitor sits on a blue blanket typical of moving companies and art handlers. Not typical of these blankets is the hand-stitched pattern of white thread Aque has added to the work. Almost unnoticeable when watching the more enticing video, Aque’s admirable ability to infuse these sterile and utilitarian objects with his quiet, time-intensive “labors of love” relay the tremors of intensity involved with both the romantic and unresolved relationships forced to operate in obfuscation. (Ryan Filchak)