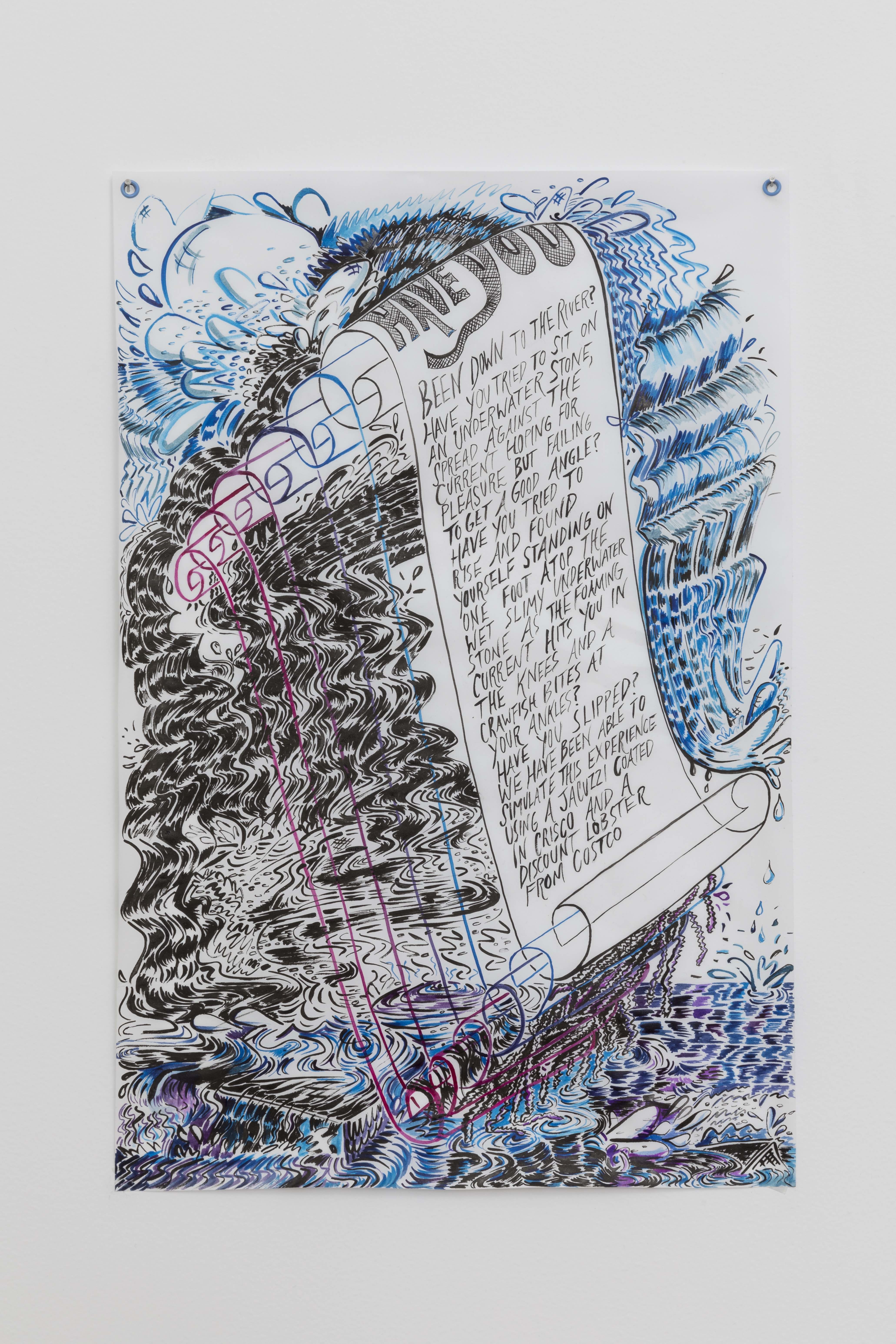 During a joint session of the Senate Judiciary and Commerce Committees on April 10, Illinois Senator Dick Durbin asked Facebook CEO Mark Zuckerberg if he would like to share the name of the hotel he stayed at the night before. Zuckerberg, who was facing questions about his company’s privacy practices, was clearly caught off guard by the question. Unsurprisingly, he declined to share the information. How would Zuckerberg—the fifth-richest person in the world—feel about having images of his personal home on display at Randy Alexander Gallery?

Unlike Senator Durbin, Ruby T doesn’t much care about Zuckerberg’s privacy or that of other corporate elites. Through her project, Mansion Rug Liberation Network, the artist investigates our culture’s dueling interests in critiquing wealth accumulation while simultaneously desiring property and status. Ruby T describes MRLN as “a fictional organization of femmey queers” who build relationships with one another while plotting the overthrow of America’s elite. The project manifests itself through a variety of outlets: ‘zines, performances and—as is the case for this exhibition—ritually-infused rugs. 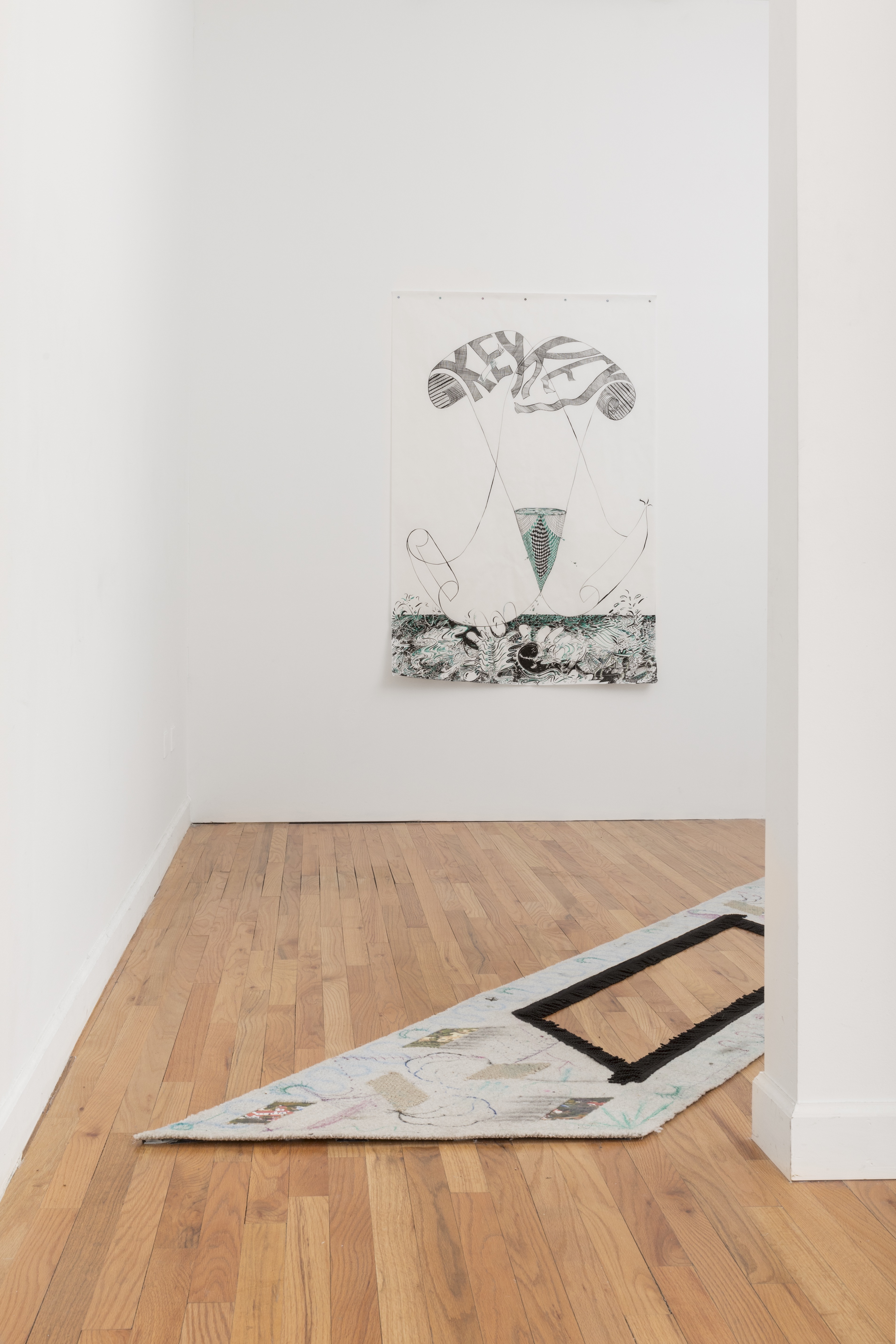 The work on display, “X is grippable, Y is flippable, V is very drippable,” lies diagonally across the floor of the gallery’s rear room. The grey, parallelogram-shaped rug has been “ritually infused” with ink, chalk, coffee, burn marks and other materials. Internet-sourced images of the houses of some of America’s richest and most powerful political elites are embedded throughout the piece. Line drawings decorate the carpet like the cartooning of a bored student. Waves run along the borders. Black lines extend from the mansion photos, giving the impression that they’re in motion. As a viewer, you tower over the piece, bending over to get a closer look at the mansions of the likes of Betsy DeVos and Jeff Sessions. Walking over and around the work is a clever exercise in inverting power.

Also on display are four drawings, each incorporating bodies of water. Upon entering the space, you encounter “MEMO!” The illustration features two sheets of scrolled paper, each bearing the word “Key,” floating above a tumultuous sea. On the opposite wall are three drawings, each busier and more colorful than the first. “Saw the sign” also consists of a scroll suspended over a frenzied water scene. The text on the scroll asks a series of questions, each stranger than the last, about visiting a river and the difficulty of finding footing amidst the slime-covered stones. In her artist statement, Ruby T writes that “MRLN considers water, particularly rivers, as a spiritual home.” She notes the contradictions and ever-changing nature of rivers, much like the qualities of revolutionary endeavors. In a social landscape that’s increasingly repressive, Ruby T’s work is a refreshing reminder of the radical possibilities of art. (Kerry Cardoza)