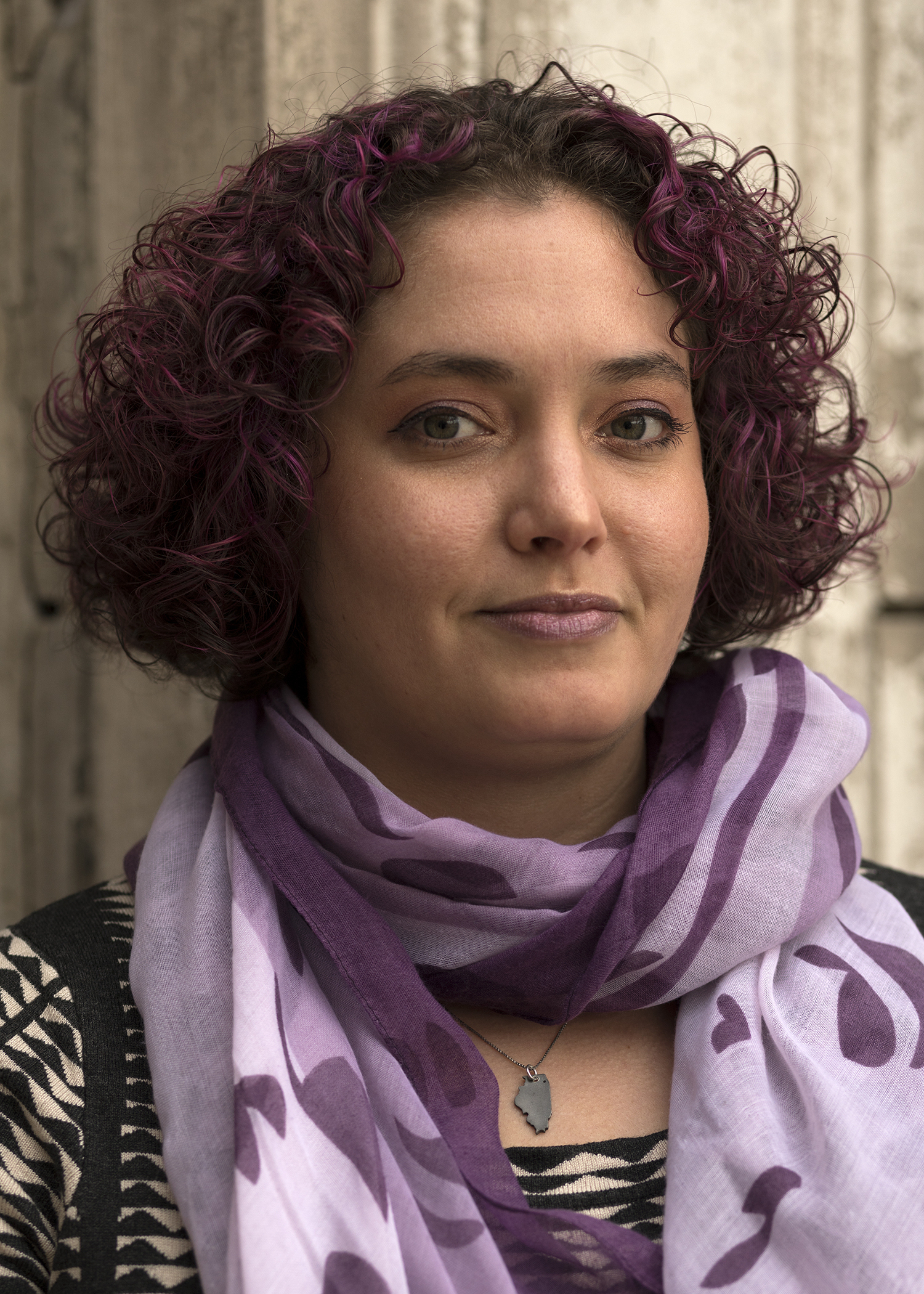 Angela Davis Fegan never thought of herself as a writer. The thirty-three-year-old Hyde Park native started out doing portraits. “I didn’t think that I had anything to say,” she tells me. It’s a hard sentiment to believe, coming from the artist behind the wildly popular Lavender Menace Poster Project, a guerrilla public messaging series that makes bold, radical queer pronouncements. “We are the queers you fear, the ones who riot, fuck, and vote,” reads one. “Our scissors trump your paper,” says another, this piece decorated with dollar signs.

It’s likely you’ve encountered Fegan’s work. It exists outside the art world proper as much as it does inside it and Fegan likes it that way. Her Lavender Menace posters, named for Betty Friedan’s infamous remark that lesbians were dividing the second-wave feminist movement, have been given out at the Chicago Dyke March and plastered on the bathroom walls of dive bars around the city. 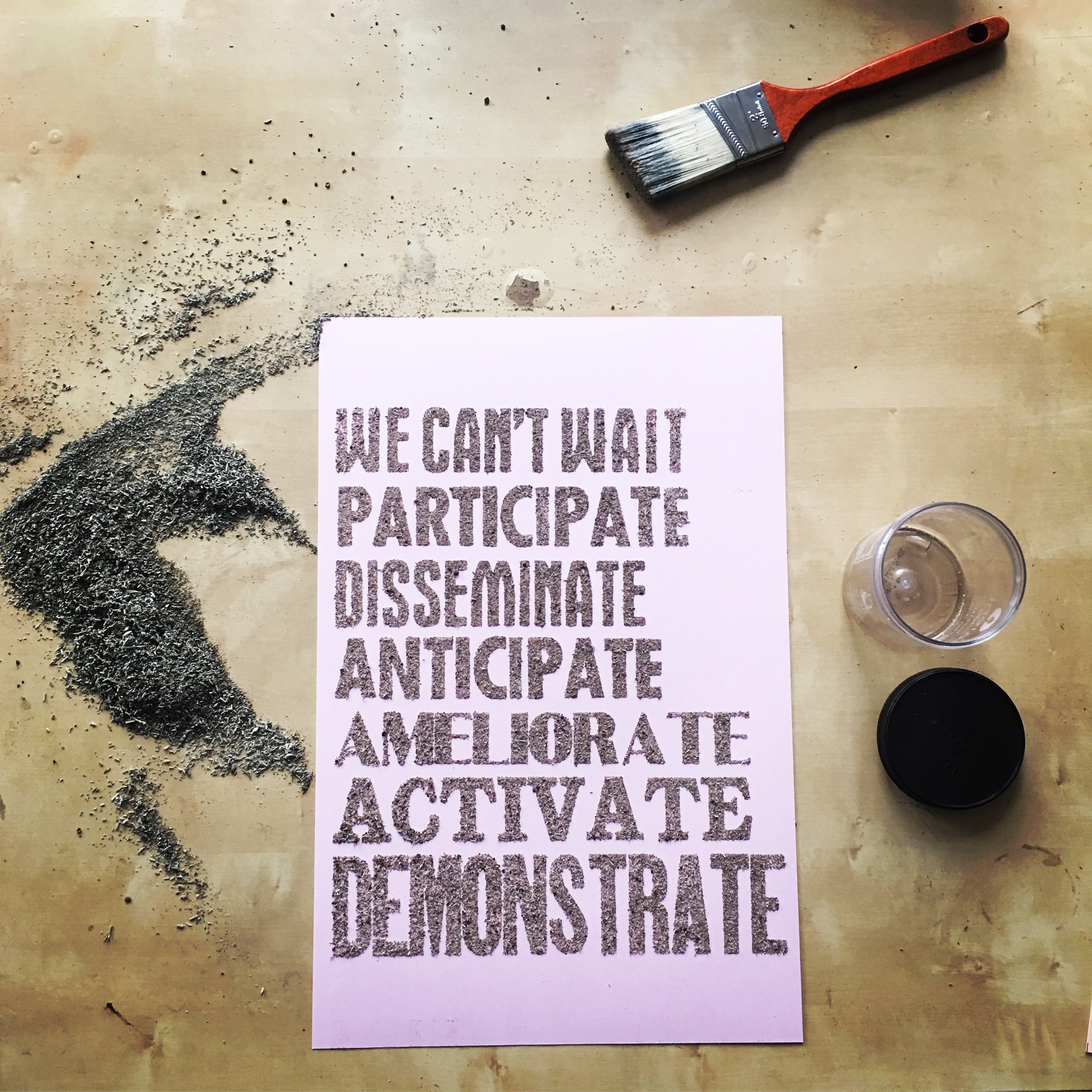 In just the past year, her letterpress works have also been on display in more traditional art spaces, including DePaul Art Museum’s “One day this kid will get larger” group show; in a performative work staged at Open Engagement; at the Arts Incubator as part of the 2018 “Eclipsing: The Politics of Night, the Politics of Light” show; and in a solo exhibition at Pilsen’s Uri-Eichen gallery.

For Fegan, who got her MFA from Columbia College’s Interdisciplinary Book & Paper Arts program, her letterpress pieces work best outside of white-cube gallery space. “This is a contextual object,” she says. “And once it goes to live forever in a museum, it dies. It only works if it can be in circulation, which is why they’re serial, which is why they’re on paper.”

Fegan, who identifies as a biracial, radical, queer dyke, also hopes the posters make people with intersecting identities feel seen and welcome in the public places where they are staged. “Public space… is so contentious for anybody that’s a person of color, for anybody that’s queer, for anybody that’s female-identified,” she says. “And thus, of course, more so for people who are at the intersection of all three of those things.”

Though her Lavender Menace project may be her best-known work, she considers it largely in the past. Her focus is different now, she notes, in particular since the 2016 presidential election. “It changed my approach, it changes how I feel responsible for language,” she says. Now her priority is to find ways to encourage more collectivity, which she admits means she has to be “a little less ornery.” 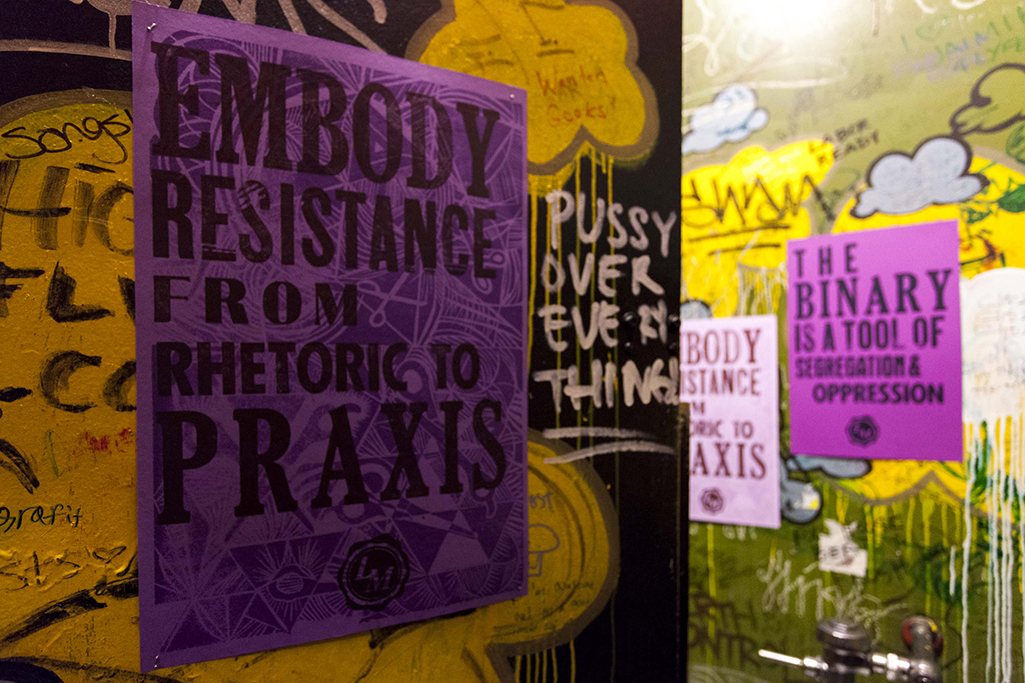 She also feels a responsibility as a Chicago native to educate artist transplants about the city’s political climate. As the resident artist for the month of March at the domestic art venue F4F, Fegan began a large-scale, fabric-based project to encourage people to take an interest in the 2019 aldermanic elections.

“When you’re making public art or you’re making social practice art, you have to think about the nature of public space,” Fegan says. “How do you slowly start to reclaim public space from all these private interests?” In contemporary urban life, she notes, most public spaces are covered in advertising. For this reason, Fegan cherishes the handmade nature of letterpress prints, of paper made from fabric pulp, of hand-sewn fabric. Though challenging the status quo can feel daunting, Fegan remains hopeful. Or, as one of her posters puts it, “Trust and believe our love/work will prevail.” (Kerry Cardoza)