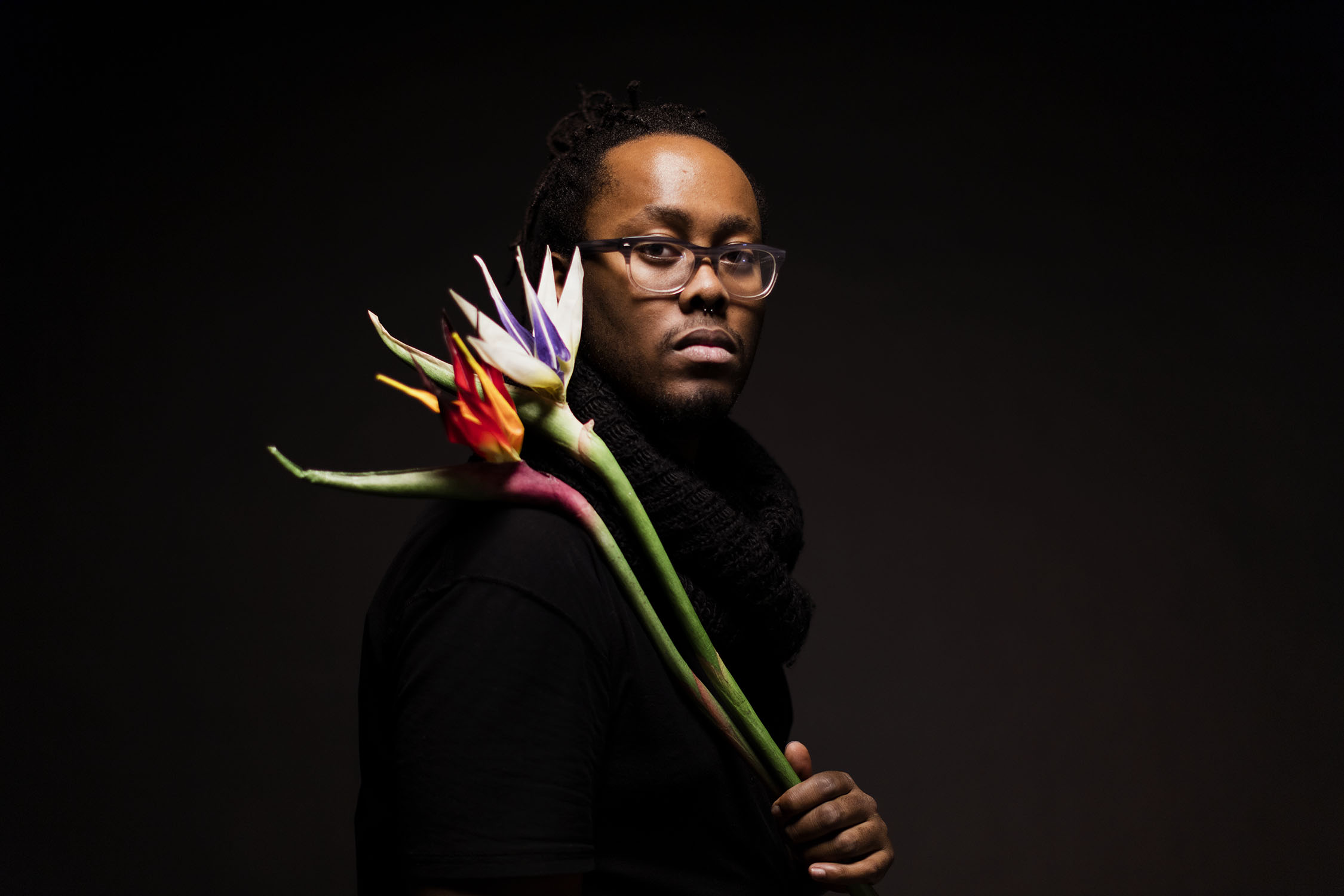 Over the course of the past year, I’ve increasingly found myself arrested by Darryl Terrell’s photographs. At the Arts Incubator’s Petty Biennale last June, I was transfixed by “Untitled (Dion #2),” part of a triptych that carefully stages Terrell and two models in a sophisticated reflection on queerness and gender performance. It announced the appearance of an artist who confidently manipulates “high” and “low” art—he counts Solange Knowles as a major influence and speaks at length about her—and investigates photography’s possibilities to counter the white, heteronormative gaze with a rare lyricism. Significantly, unlike many artists who claim these goals for their work, Terrell works with a considered slowness that shows through in each piece. The photoshoot for the “Dion” triptych took three weeks and required “thousands of hours” of makeup tutorials. The care shows. 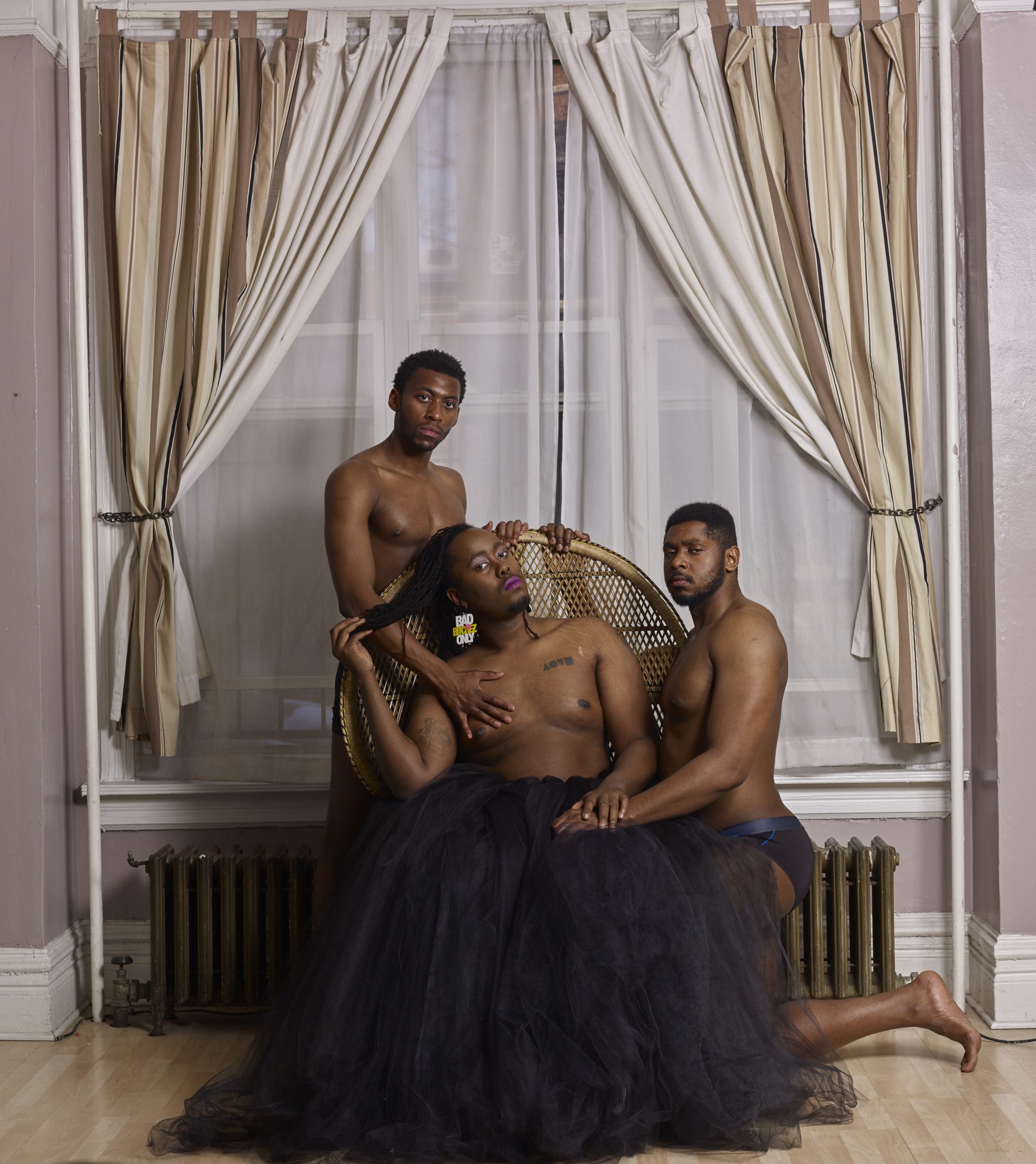 Terrell grew up in Detroit and moved to Chicago in 2015 to complete an MFA at the School of the Art Institute. Race, gender, masculinity and performance are abiding preoccupations. As he puts it, “my photography is very representative of my blackness.” His pieces tend to cast these issues in terms of the structures that constitute the self, addressing family structures—exemplified by the series “Malkia,” which portrays his female relatives—as well as the scopic regimes of urban public space. Discussing a body of work that will be exhibited at the Chicago Artists Coalition, Terrell not only notes that “people at gallery spaces are predominantly white” but describes the experience of wading through the aggressively white crowds at the Chicago opening of “Hamilton.” A 2015 work, “I Wish I Was Perfectly Happy,” depicts the semi-nude artist from different angles and labels his bodily features with vital statistics, historical references to black objectification and the ever-present adjective “fat.” “The piece showed how I feel I’m viewed, not how I feel,” he recalls, describing the images as precursors to the “Dion” triptych. If Terrell’s work repeatedly thematizes the problems of comfort and discomfort, considering the affective registers of artist, subject and viewer, it always returns to the problem of the loaded gaze. 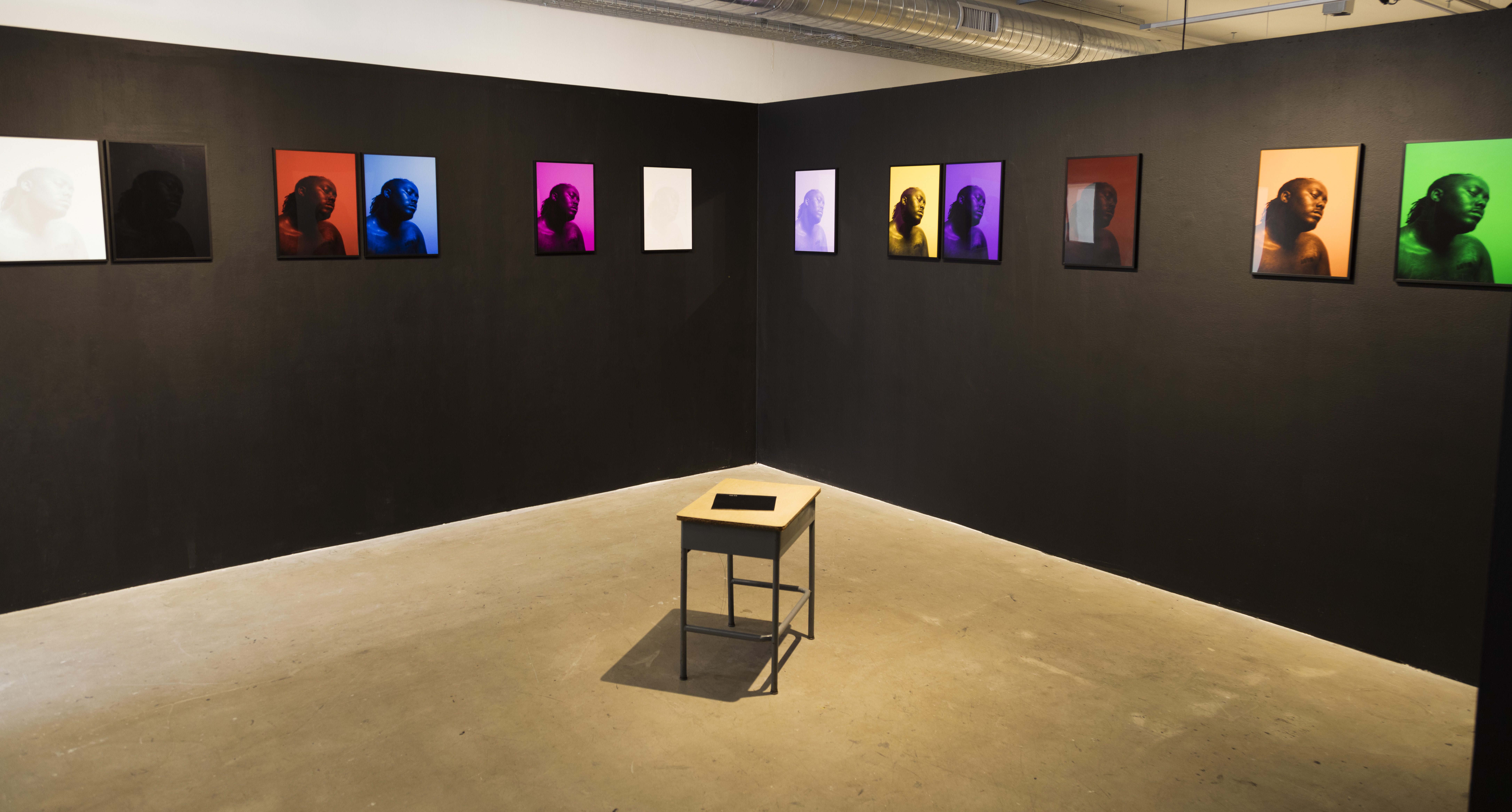 Terrell also engages the panoply of places in which we encounter photographic images. He runs the Instagram account he named Museum of Contemporary Art on Instagram, which features Latinx and African Diaspora artists from the well-known to the obscure and, although he credits artists like Carrie Mae Weems and Glenn Ligon as inspiration, he also looks to filmmakers like Jamal Lewis as well as fashion photography. “I was in sixth grade when ‘America’s Next Top Model’ came on,” he remembers, describing how the show helped crystallize his creative desires. Ongoing projects deal in video and paint, tackling his Detroit childhood and a topography of memory that maps onto that city’s violent present. His work was just featured at Slow Gallery and will be included in group exhibitions this year at Blanc, Center on Halsted and Detroit’s Norwest Gallery. Watch for a solo show at Chicago Artists Coalition and curatorial ventures to connect the Detroit and Chicago art scenes. (Luke A. Fidler)