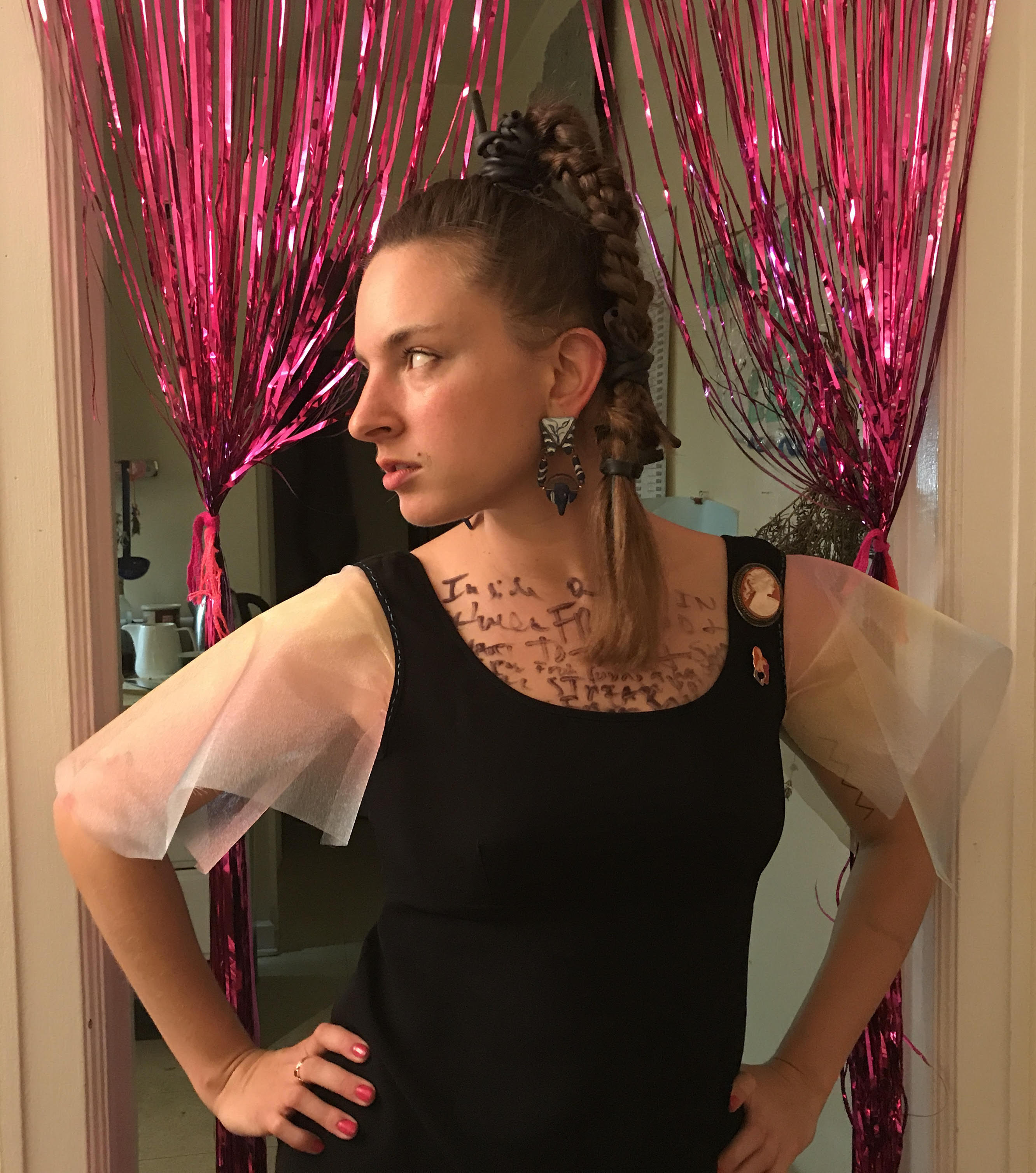 Ruby says she is in love with drawing. “I would like to call myself a drawer the way some artists call themselves painters, but it might be too confusing because of the other meaning. But I do feel like a tucked, internal, enclosed shelf, so maybe it works.”

Ruby’s remark provides a glimpse into a brilliant kind of honest-funny that could be the core of her often-enigmatic works: the possibilities in the confusion that can be born out of meaning-making. Her refusal to accept limitations, semantic or esthetic, has led to a rich array of works that revel in the revelations of continual questioning. While drawing is at the root of all of Ruby’s work, so are potentials and contradictions  found in wordplay. The ‘zine “Existential Crush” might be a love letter to the grace of human consciousness or a document of its dread. “TENSES,” her recent exhibition at The Backroom of Kim’s Corner Foods, featured drawings that spoke to both the tensions of operating in a non-traditional space and a general strained stiffness (one work was a stanchion-held oversized drawing of a hair clip). “PDFfigy,” a film collaborative with the artist Betsy Johnson, featured the two setting fire to an effigy of Rush Limbaugh constructed from PDF printouts of his writings. This range of multimedia work gets to what might be Ruby’s paradoxical calling card of certain uncertainties. “What does a conceptual political cartoon look like?” she asks. “Can performance become a drawing or can a drawing become a ritual? Can a video become a protest sign?” 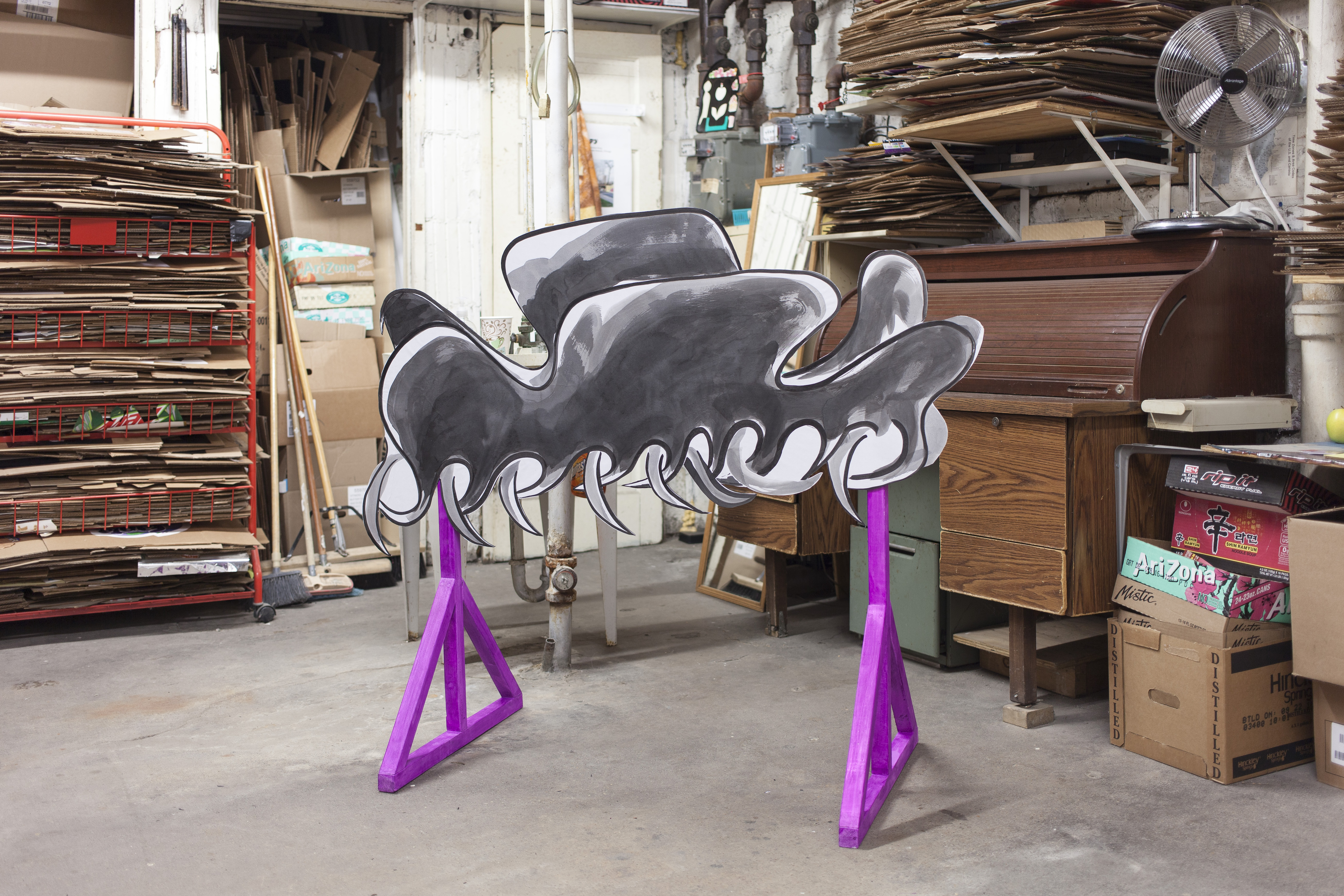 One particularly striking multidisciplinary project is the ongoing “Mansion Rug Liberation Network,” that documents, according to Ruby, “a fictional organization of femme-y queers who meet on a filthy rug in a dank basement to plot against the American political and corporate elite, but become distracted by their investment in building relationships with one another.” In a time in which protest can feel simultaneously politically necessary and a sign of social status, “MRLN” displays a surprising lack of cynicism. One recent rug was featured in her joint exhibition with April Martin, “Moving Through Walls and Floors,” at Roots and Culture. On top of a large rug that resembled a topographic map, complete with what looked like drawn water bodies and pathways, alongside inlaid tiles with aerial photos of mansions and elements from previous “MRLN” performances, Ruby and Johnson performed an equivocal incantation that seemed part exorcism, part political sloganeering and part self-care. To witness a “MRLN” performance makes one feel privy to a magic act, but done with utmost sincerity and out of political necessity. 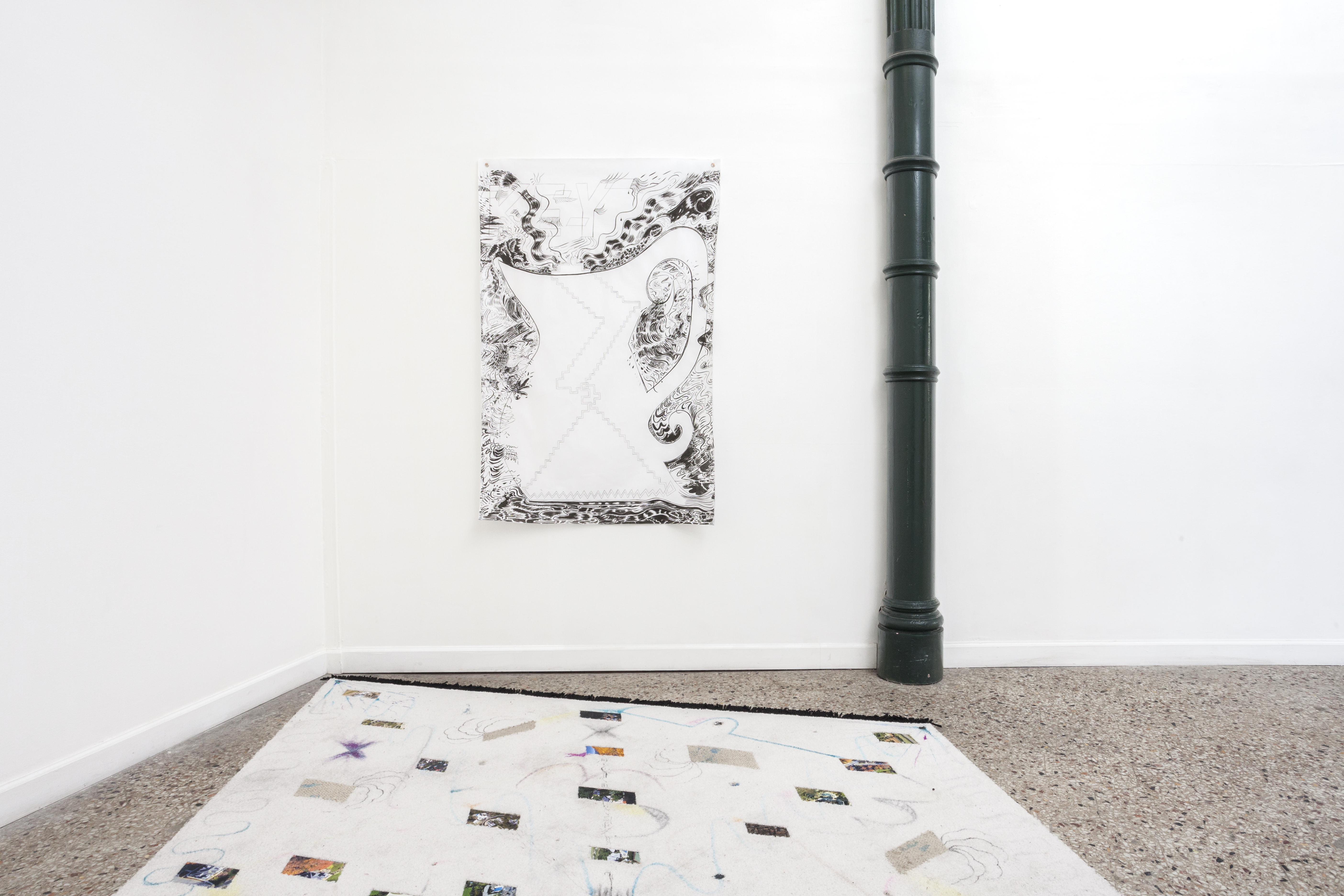 “Art-making feels like an endless exorcism and rebuilding,” Ruby says, “and I think this can be seen in the references to embodied and relational action across much of my work.” Lately she has taken to drawing bodies of water—“sitting in a river while drawing a river”—in part because of the impossibility of accurate representation. While such a Zen-like endeavor may seem a detour from her recent work, it represents a point in which she has become comfortable in the thin line between the political and the personal. Her father is a political cartoonist, and this, coupled with Ruby’s activism “produced lots of anxiety around the ethics of making art that does not directly serve a political goal.” This challenge, which many makers face in this moment of ascendant political violence against human rights, is something Ruby’s work handles with potency and aplomb. Drawers can have multiple meanings but are almost always a necessity. (Chris Reeves)