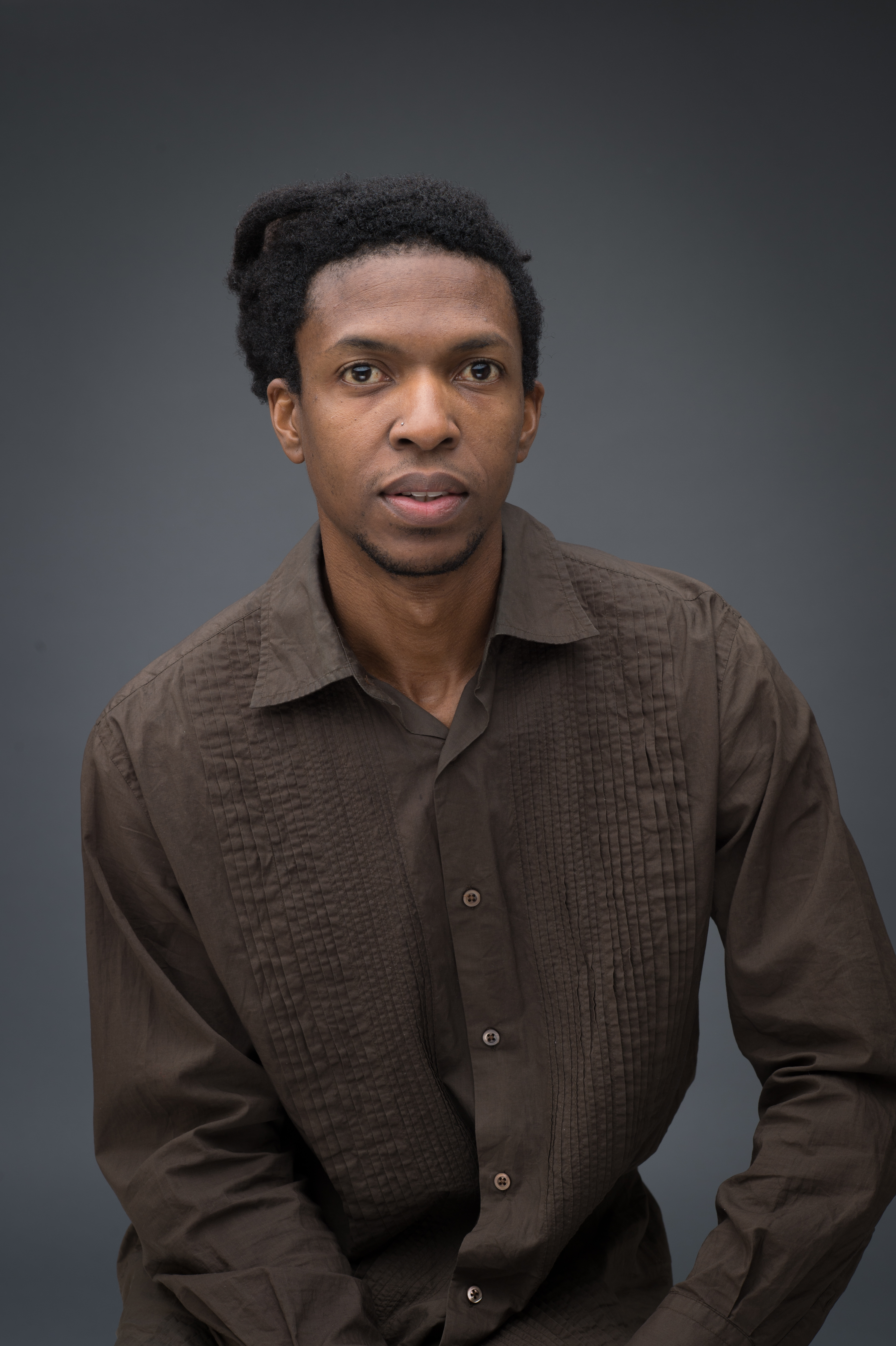 “Major concerns in my work often circulate around the process of migration and cultural transmission,” Sherwin Ovid says. His mixed-media paintings draw on a rich vernacular of material opacity which seem to bubble and boil on the surface of the board or canvas. Attention to detail is a method of obfuscation that cuts and crops the clarity of vision—teeth, fingers and faces mingle precariously with amorphous shapes and viscous globules. These figurative bricolages leave gestural traces, both physical and psychic, as they add and subtract. “A lot of the visual references make allusions to objects found in domestic spaces that were familiar to me growing up, but materially manifest in forms that are accumulations of the different spaces across time.”

Ovid was born in Trinidad and moved to Baytown, Texas before coming to Chicago. The shapes that migrations and translations take, metaphysically and politically, are material and thematic loci in many of Ovid’s works. Fragments of cut-crystal wares, reminiscent of family collections, are within the black-painted grounds of Ovid’s paintings, creating a juxtaposition of transparency and opacity. It’s about “the idea is of moving and the process of selling off heirlooms,” Ovid says. “There’s a trail of leaving the island, the mainland, that process of crossing, and how that actual reality of leaving behind precious objects seems to really condition this process of movement for a lot of black folks in terms of being kind of landless. It’s a nod to the gesture of refurbishing your history.” 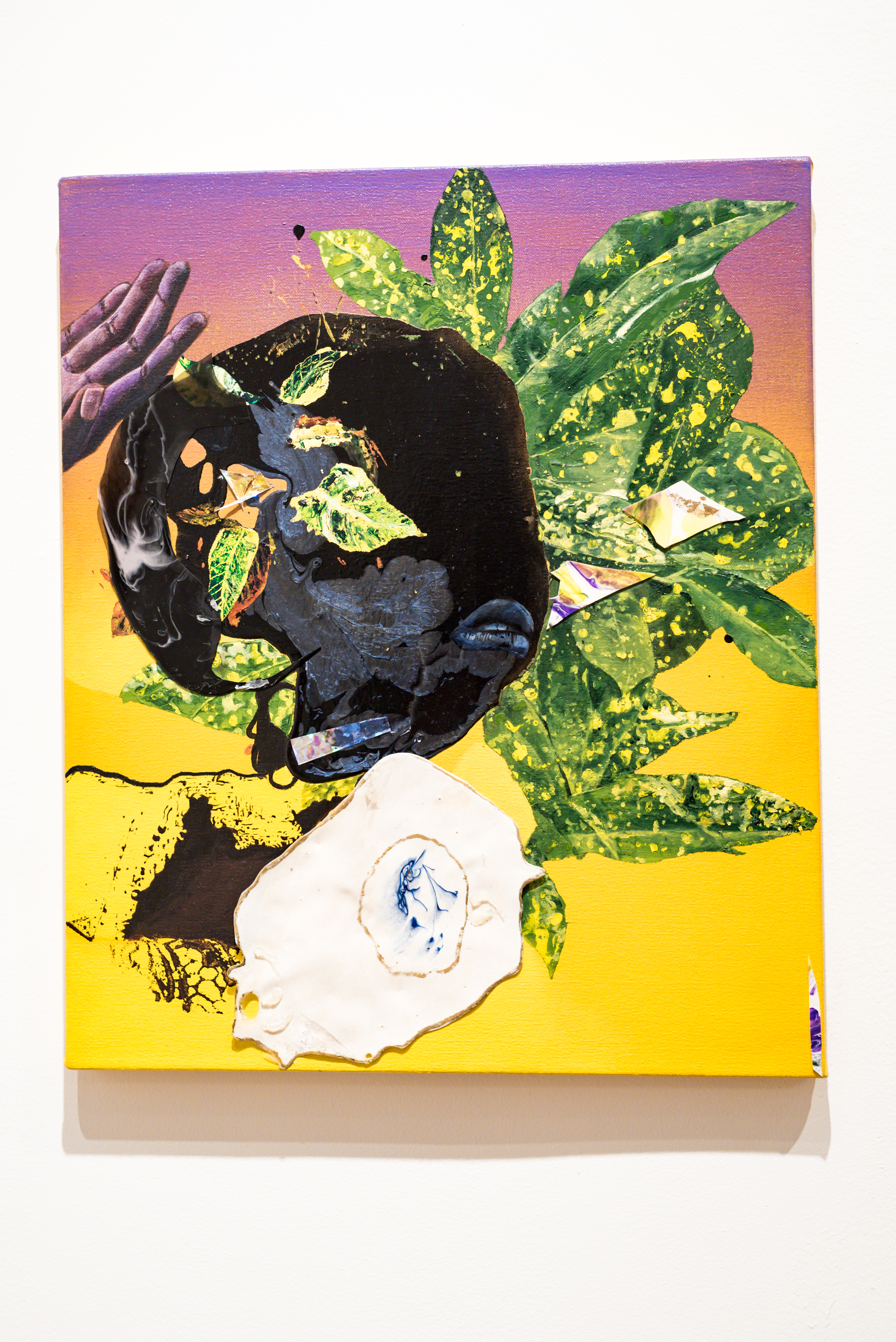 The thematic concerns in Ovid’s works are not about loss per se, but reconstruction. “Masquerade Bandage Mother,” a recent work in the “Trattutore Traditore” exhibition at Gallery 400, was a handmade, saddle-stitched book that rested on a music stand and was accompanied by a display of hand tools—hammer, screwdriver—made of sugar. The book featured drawings of ritual scarifications found on bodies and braille translations of text from Maureen Warner-Lewis’ seminal book, “Guinea’s Other Suns,” on the nineteenth-century West African migration to Trinidad, and John Langston Gwaltney’s interviews with African Americans on their experiences in the 1960s. “The work is a space of psychic invisibility,” Ovid says. “There’s a blindness that speaks to the privilege and metaphor of visibility as sense-making.” 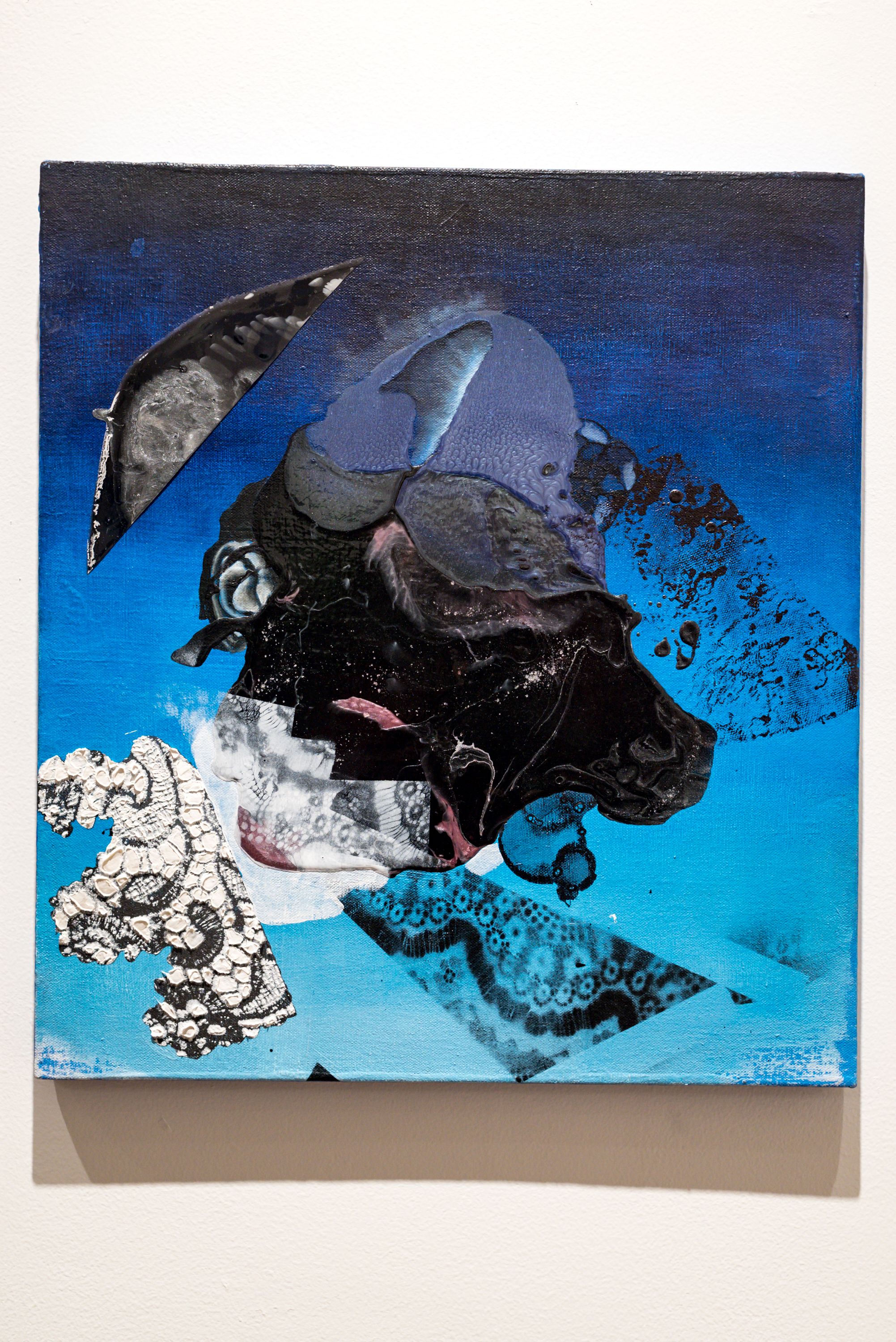 While the book may seem a departure from Ovid’s painted works, Ovid’s many points of departure point to and provoke prevalent notions of historical constructions and our complicity within them. Ovid earned his MFA from the University of Illinois at Chicago in 2015, and recent exhibitions include the group show “Heaven is a Place,” at Heaven Gallery and “Standing on the Verge” at Randy Alexander Gallery. Works in the latter exhibition represent further development in Ovid’s painterly work, featuring ombré fades with pours of black paint atop them. Ovid worked through the material after the pours, regarding them as an eclipse. “I am interested in the way this particular eclipse or occultation threatens the social order,” Ovid says, “the way that the antagonism that exists there is productive in a very general place.” Such strategies are what place Ovid and his work in that particularly urgent space in contemporary art, one that schematizes and makes explicit modes of visual transmission while abounding in its sensual material possibilities. (Chris Reeves)