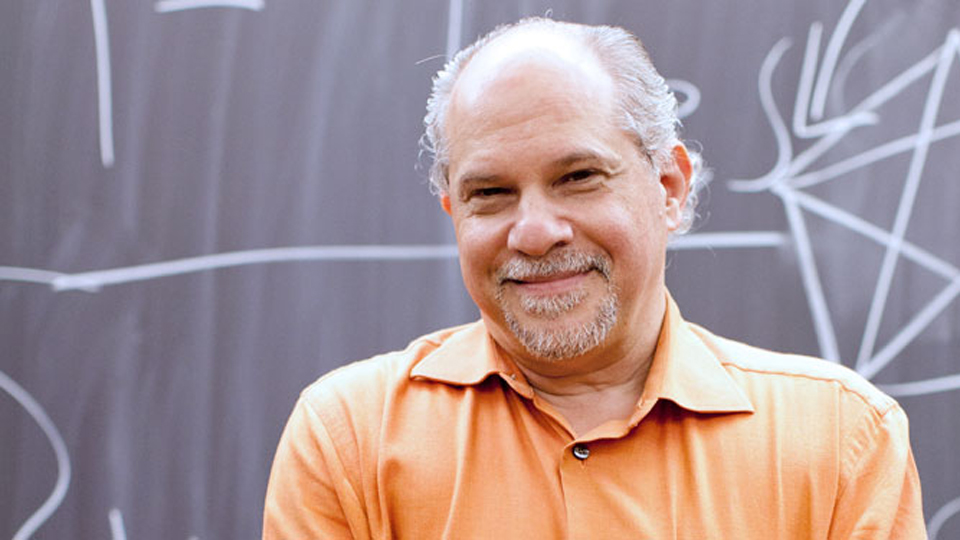 I found out about Jim Yood’s death on Instagram. “How very postmodern,” he would have joked. His sense of humor was always on point.

As I am writing this, just a few days after the loss of one of the most significant critical voices of the Chicago art world, a brilliant teacher and my greatest mentor, I’m sad and overwhelmed. He was a caring man with a big heart and a warm smile that was an honor and a blessing to be around. I never really thought of him as a friend. He was family.

No doubt there has been an outpouring of tributes from artists, critics and educators, all still shocked by his sudden passing. But to me, Jim’s death has me thinking about mentorship, how valuable it is and how powerful its impact on a young professional’s career. Coming from Greece—a small country with good food, good people and a long history—I often say that I could have never imagined studying journalism within the context of an art academy, but this has proven to be one of the most important decisions in my academic and professional life. What I rarely talk about is that it all started with Jim.

It was early summer of 2012 and I distinctly remember walking into the School of the Art Institute of Chicago for the first time. As I shook Jim’s hand and sat at the round table alongside him for the school’s graduate open house, I could almost immediately tell he had a gift for recognizing young talent. But most importantly, he had the desire to help the succeeding generation step up the education and career ladder with him. Drawn to people like me who didn’t take the usual route, Jim was eager to hear my story. We spent half that day together talking and laughing—I believe we would have stayed longer if it wasn’t for the usual time constraints of such events. But what I remember more than his carefully chosen words, his big heart and wide smile is that he—someone I had only just met—made me feel safe and driven. I was in the right place at the right time. This couldn’t have been any more true.

Soon, he would dim the lights in the art-history classroom I was now a part of, and—digital projector hanging from the ceiling—he would start his slideshow. The slides, maybe hundreds of photographs of artworks at a time, wouldn’t merely serve his teaching purposes. They often sparked impromptu discussions, gales of laughter, even heated arguments. The class would turn into a vibrant, ever-stimulating exchange of thoughts and ideas—a modern salon. And Jim would be thrilled.

A devoted professor, including thirty years teaching art history, theory and criticism at SAIC, he also directed its New Arts Journalism program for a decade and has touched many lives in the process. He expected greatness; he demanded independence, creativity and critical thinking. He would help his students any way he knew how, whether that was editing our stories, helping us find internships and writing recommendation letters on our behalf or giving us challenging tasks he already knew we could tackle—like my first teaching assistant position at SAIC. Jim would always treat us as colleagues. But most importantly, he would tell us that we are special in our own unique ways. Such simple and powerful commitment is hard to find. He would take the time to meet for breakfast or lunch or simply walking in the streets of the Loop from one school building to the other in between classes, and we would talk about everything. Jim knew what he was doing. And it must have worked because when, at times, I didn’t have faith in myself, I would put my faith in him.

Some of his most important teachings continued out of the classroom—in his work as a Chicago-based art critic and a regular contributor to magazines such as Aperture, art ltd, Art on Paper, GLASS Quarterly, Visual Art Source and, for more than twenty years, Artforum, and as an editor at the New Art Examiner from 1983–1988. “A venerable champion of Chicago art and artists, Jim’s writing helped shape the city’s arts community he so passionately supported,” writes Susan Snodgrass, critic and editor of ARTMargins Online. “An extraordinary critic, teacher, arts advocate and colleague for so many of us in the fields of art and design,” says SAIC dean of faculty and vice president of academic affairs, Lisa Wainwright, adding, “His exuberant passion for art, architecture and artists found life in the beautiful prose he commanded as a critic and in the witty oratory that captured the attention of audiences across the country. I have never known a nicer, gentler, more sophisticated observer of how cultural production makes us human. He will be greatly missed in the classroom, in the pages of critical writing and wandering through the Art Institute collection where he could be spotted every week taking in what fulfilled him so.”

Art historian and critic Jim Elkins dedicated SAIC’s annual Art Words event on April 23, the Monday following Jim’s passing, to Yood with a few opening remarks. “I knew him for almost exactly thirty years—thirty years minus five months—so it is strange that he is suddenly no longer here,” he says. “Six days ago, last Tuesday, he and I sat together in the far back corner of this same ballroom. We sat on two chairs we’d taken down from a stack. He decided not to share a beer.” And of his sharp eye and tongue? “He was one of the most dedicated, consistent and level-headed art critics I know,” Elkins says. “He wasn’t influenced by fads and theories: he was judicious and generous to all the artists he wrote about. He also taught in my department, Art History, because he was one of just a very few critics who also knew Renaissance and Baroque art.” A fierce advocate of Chicago artists, sometimes including his former students, he was dedicated to making their work shine around the country and that responsibility didn’t go unnoticed. Jerry Saltz, senior art critic of New York magazine, says “Yood had energy to burn, was a champion of Chicago local heroes, underdogs, dark horses, and all those homegrown talent throwing elbows under art’s net. He didn’t have a theory so much as enthusiasm, an energy fueled by a willingness to write in understandable prose unafraid of showing his local colors. He was a lovely large sunflower always turning toward the Chicago sun.”

As my first journalism mentor and a larger-than-life figure in my career, he will always be fundamental to my understanding of the art world. Jim shaped the way I look at, think and write about art. But to him, it wasn’t enough to teach me art history for two years during my New Arts Journalism master’s at SAIC. He would clarify my thinking and fine-tune my visions, he would inspire and motivate me, he would always find the best way to support me through good times and bad in academia, in work and in life. He would honor my work with his thoughts and feedback for years to follow. Long after my graduation, we would still email back and forth. As I look back now, he wasn’t teaching me all the time—he also carefully listened.

Life is not going to be the same without Jim. True mentorship, though—a relationship deep and lifelong—never dies. I’ve already been profoundly touched by his lessons, wisdom and grace. As I preserve his memory and get back to work—writing, editing and striving to excel in a profession I couldn’t have had if it wasn’t for him—I can only hope for one thing: That I measure up to his work.