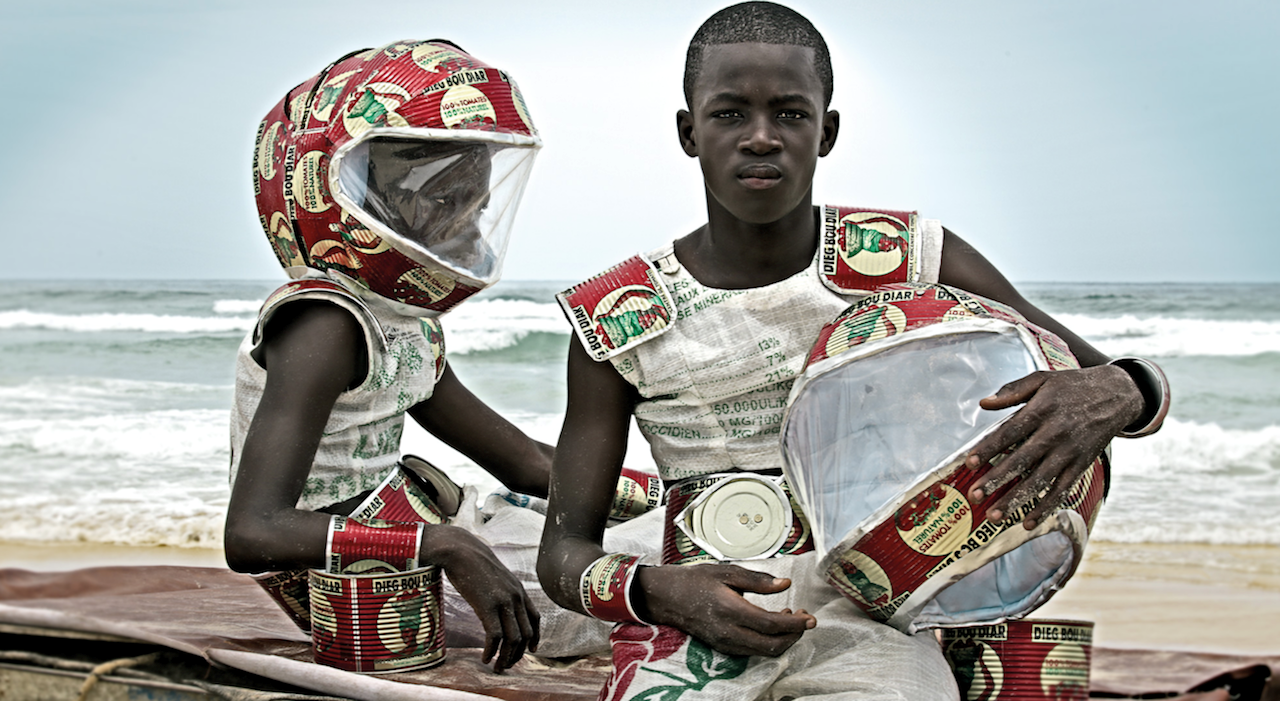 From the legacy of Octavia Butler’s novels to the music and visual output of Janelle Monáe to the international success of “Black Panther,” Afrofuturism is having a moment in popular culture. Afrofuturism is a term coined by cultural critic Mark Dery for a concept that brings together African mythologies, science fiction, technology and mysticism for an aesthetic and philosophical movement. Curated by Sheridan Tucker Anderson, the curatorial fellow for Diversity in the Arts, “In Their Own Form: Contemporary Photography + Afrofuturism” at the Museum of Contemporary Photography gathers Pan-African photographers working in an Afrofuturist aesthetic.

The group exhibition includes photographs and video work by fourteen artists. Most of the pieces include elements easily recognizable from science-fiction movies juxtaposed against unplaceable landscapes, surrealist imagery and elaborate costuming. One of the most striking groups of work is by Alexis Peskine. A short film by the artist presented on the landing between the second and third floor gives context to his large format photographs in the third-floor gallery. The series uses the coming-of-age rituals of the Diola in Senegal as the basis for his futuristic images of young men moving through the markets and beaches of a contemporary African town while dressed as spacemen, their costumes made from the packaging of common foodstuffs. 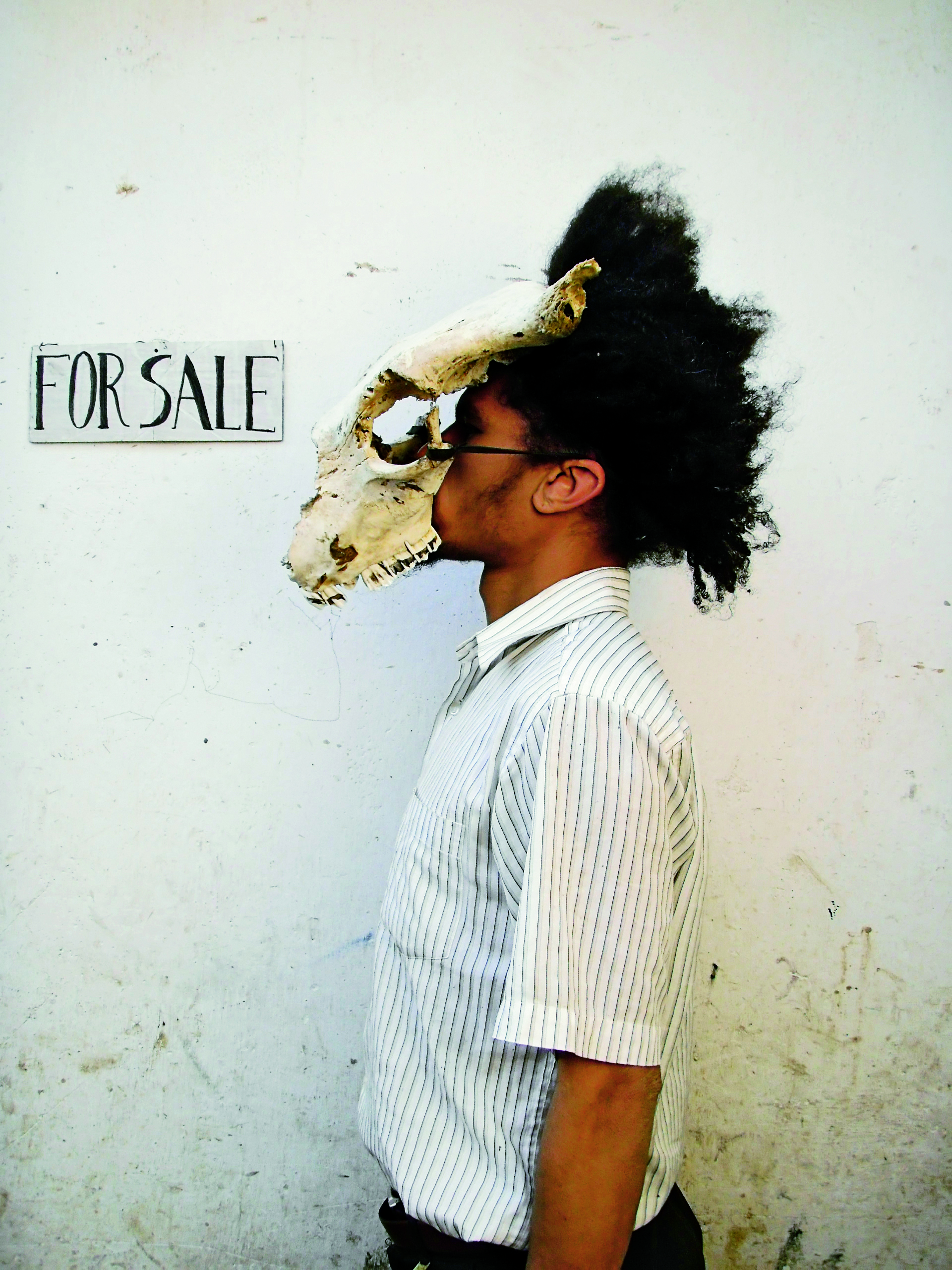 Not all of the work uses science fiction as a connection to Afrofuturism. In a second-floor gallery, Ayana V. Jackson’s photos question the role of blackness in the history of photography with images that reimagine historical photographs. In the same gallery, Paulo Nazareth’s photos examine diaspora and its aftereffects with unusual props, but no reference to science fiction or technology. In the small side gallery on the first floor, a single work is mounted. This piece, by Teju Cole, does not draw from science fiction or mythology but from images of current political moments that are put together in a way that reframes how stories in the news can be thought about from an Afrofuturist perspective. Although this piece and Cole’s other works can be seen as another take on Afrofuturism, they do seem out of place with the rest of the work. 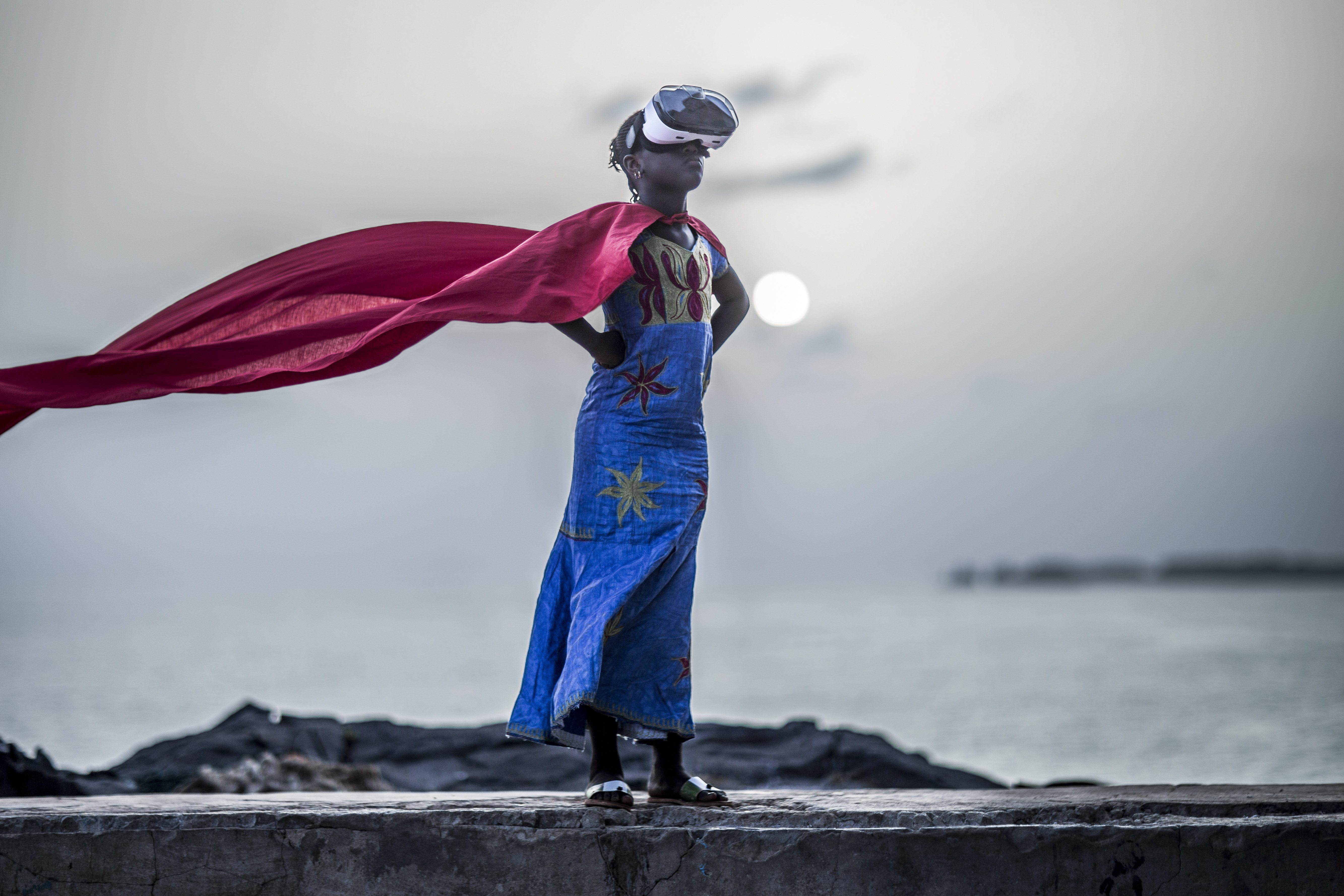 The bright colors of the clothes and sky in the images of Aïda Muluneh and Alun Be, surrounding figures who look to the unseen, are exceptional examples of the air of positivity, imagined worlds and wonder through an Afrocentric lens that summarizes the overall effect of this show. (Alisa Swindell)