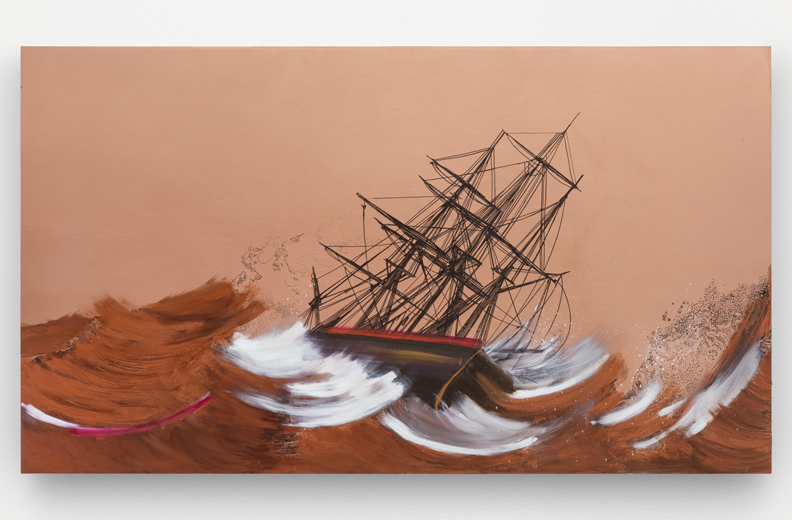 There is one element that is both crucial to and responsible for the elevation of the sea and sandscapes of Whitney Bedford above the countless reams of similar works constituting the immortal horizon of the visual canon, and it is that her succulents and ships are uniquely and devastatingly sublime, the kind of true sublimity which must contain at its very essence an element of horror.Her desert is mimetic in spirit, a land of fearful beauty that is hot and flat and distinctly unnatural in a dangerous way, a nuclear candy-colored hot shell Tom Wolfe West, like neon signs reflected off the undisturbed, unbroken surface of gasoline puddles, flora of ash and gold and winking flowers sharp and smudged under stroke-free skies of oranges and purples whose calmness belies the ardency of their molecular dance, a calid motion that galvanizes the tired landscape. 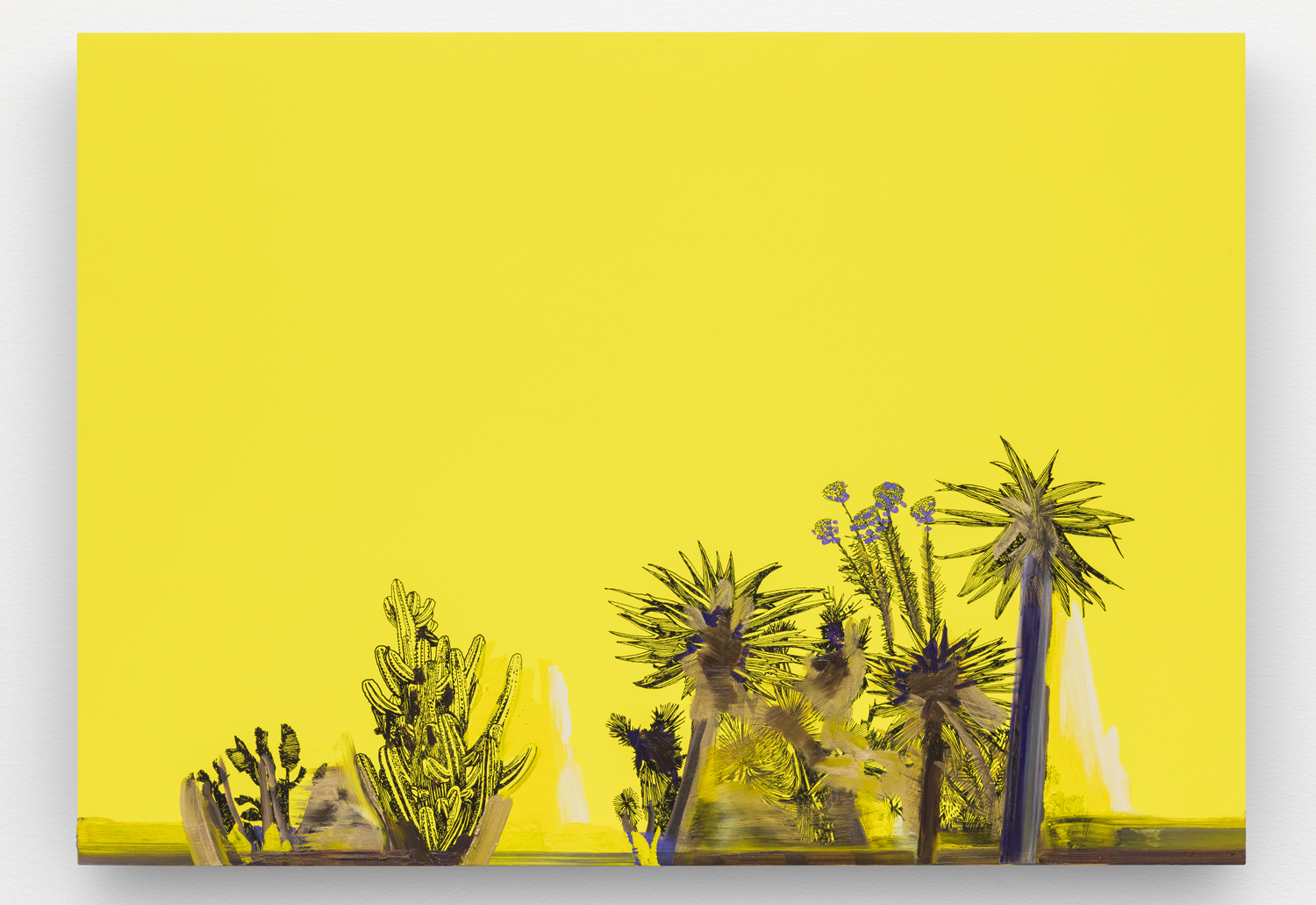 That alien desert is abutted by decadent disasters and glowing ghosts, an armada of arduous struggle. Tempest-tossed, the brutal oppression of a solid surface overthrown, it is at sea where Bedford truly comes alive, her ships caught powerless—stripped, flayed! not even a strip of sail hanging as a lonely saint! Instead masts, bare bones, gold filament dripping from them, adorned Masters of the Sea, emperors with no clothes but full bellies; the intricacy and thus fragility of human dominance no longer hidden by a canvas cuirass against a power far beyond it—between cloudless heavens and snow-capped oceans, antipodean atmospheres, their hulls and rigging on the verge of being, simply, redacted—a momentary mention on a timeless sea, to be removed, erased with shocking ease. Some of our ships seem poised to survive, hove to, their bare arms reaching toward a blank heaven which may prove not all calamities are shipwrecks and some storms are weathered. But here, at sea, the abyss above and below, is horror and capital-R Romance both, pure sublimity, the kind of enervating dreadful joy which reclaims the ship and sea from the Brahmins and boardroom walls, and casts all observers prostrate before the magnificent terrors of the Earth. (B. David Zarley)