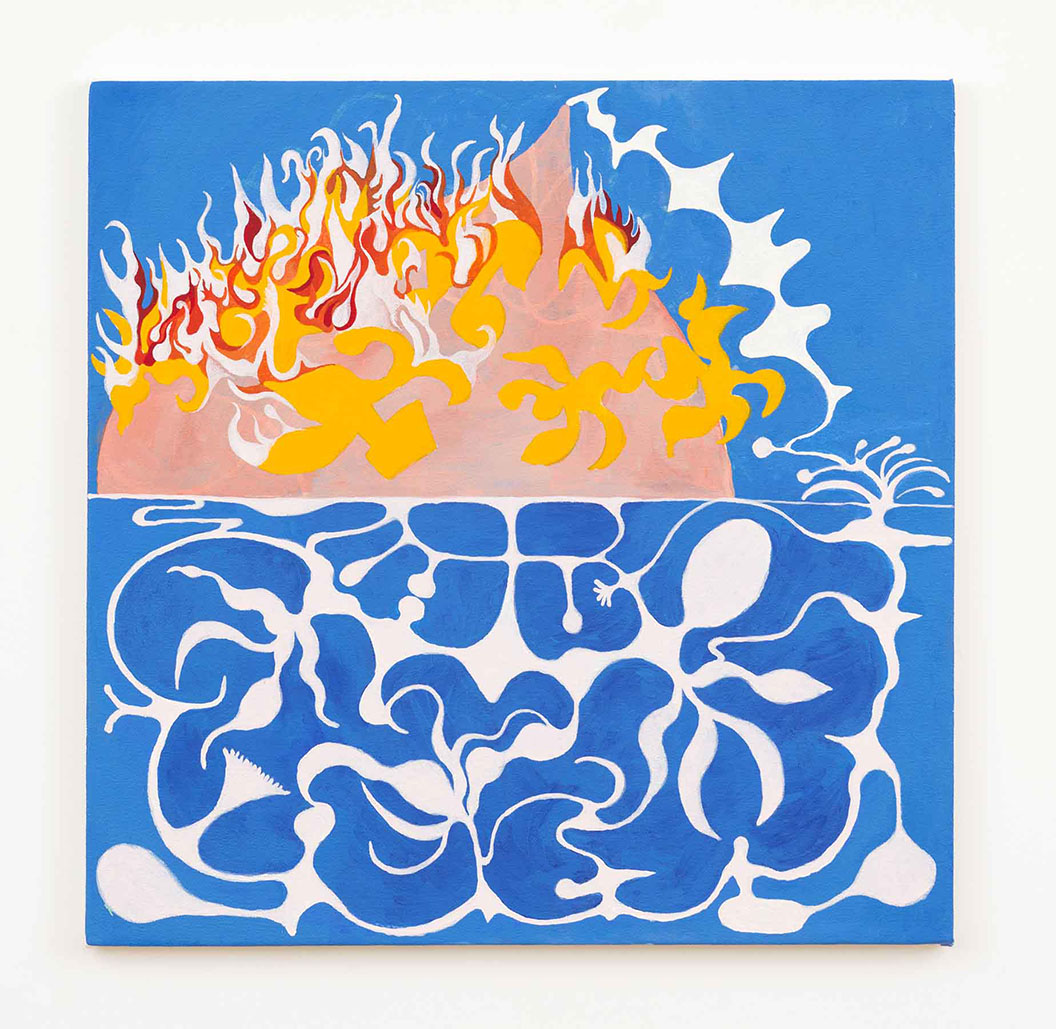 As befits the snug alabaster walls of its closet-sized space, there are only four works on display in Gretta Johnson’s “New Paintings” at Paris London Hong Kong. Colorful and concise, these beguiling oils are steeped in the psychosexual vernacular of surrealism, materializing a hypnagogic halfway state between desire and its sublimation, a place where logic breaks down and uncertainty reigns.

With evocative titles such as “Maternal Flow State” and “Leak,” these incandescent pieces plumb thoughtful and funny double entendre. In the former, we witness a smoldering volcanic island in the orgiastic throes of an eruption. But a second look reveals the pink-tan summit to be a lactating breast whose nurturing stream sustains the cobalt blue sea surrounding it. In “Leak,” a caustic, traffic-cone orange canoe spills its liquid contents into the yellow-green ocean. The unoccupied vessel is unmistakably phallic, its cargo doubtlessly semen. 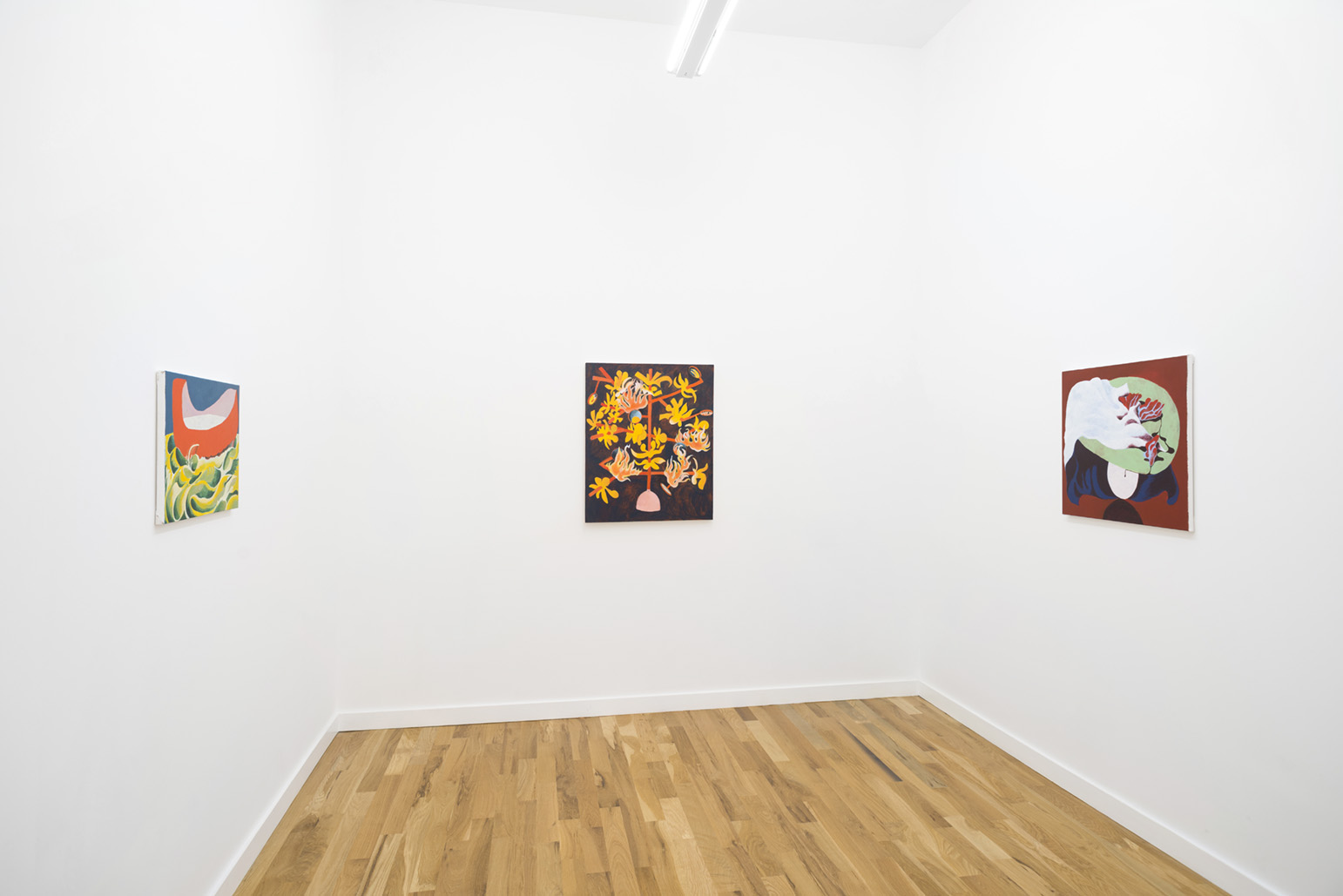 Throughout the show, the paintings’ compressed space and sharply defined contours lend an animation-cell quality to the pictures. Occasionally (and productively) the tension threatens to subvert the works’ psychological depth. While the formal and thematic antecedents are surely as enigmatic as Miro, de Chirico, and Freudian analysis, they’re also as playful as a Saturday morning cartoon. The influence of painter Laura Owens, whose stylistically omnivorous work has recently enjoyed a very high profile, probably plays a role here too, particularly in the fiery household drama “Family Tree.” 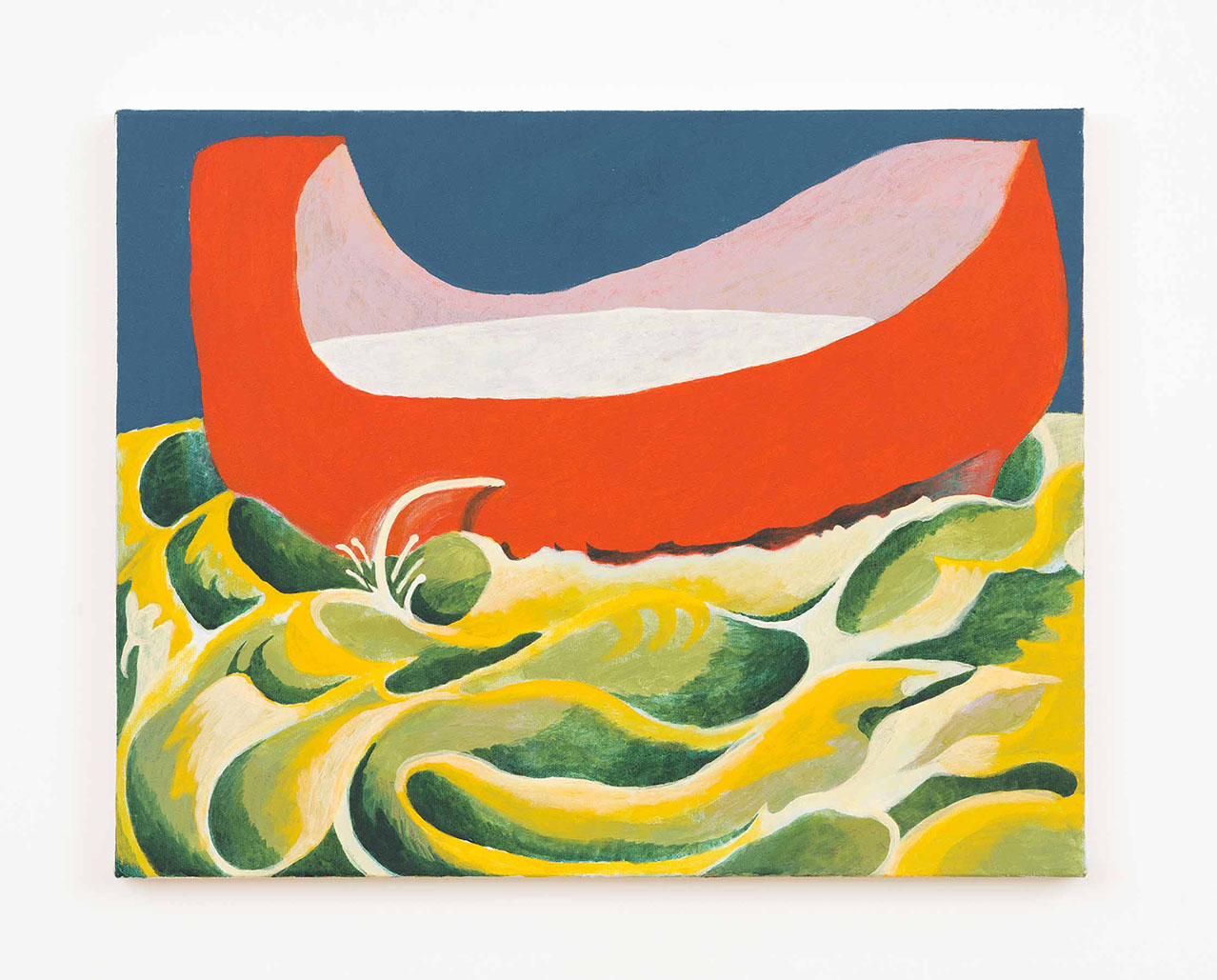 By deploying well-crafted symbols such as the volcano or the burning tree, Johnson’s hallucinatory, fever-dream work betrays the uncomfortable link between violence and genesis. Rendered in an eerily childlike way, they suggest that our collectively insatiable lust for both is deeply rooted. Procreative without having to feature penetration, “New Paintings” is a smart take on the unsettling desires that lurk beneath the shiny veneer of human relationships. (Alan Pocaro)