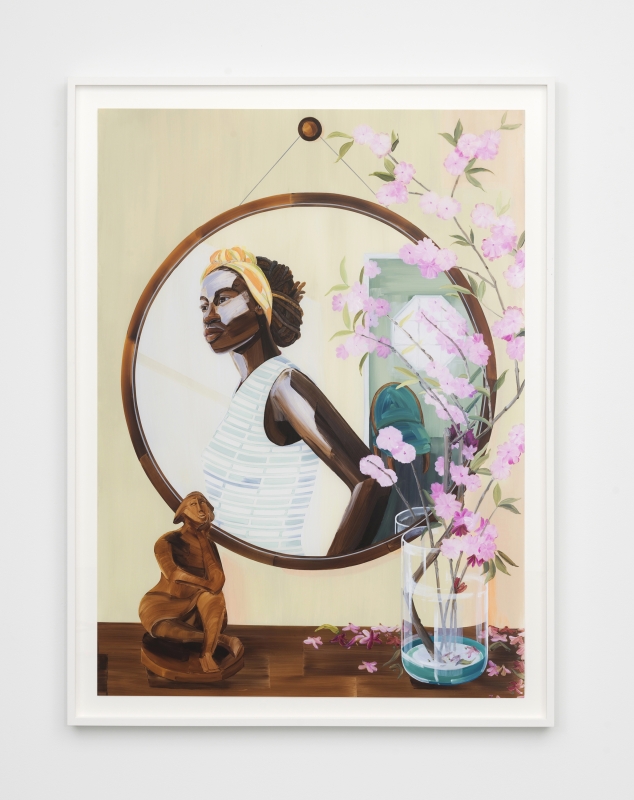 Six peaceful, beautiful figure paintings fill both rooms of Patron, making it feel like a religious retreat. Each depicts a single black person in a contemplative mood: three women, three men, all somewhere between the ages of fifteen and thirty. Their modest yet refined clothing, grooming and surroundings appear to place them in the middle class of the African diaspora, or perhaps even in Africa itself. The most specifically American object here is a book called “Black America” that rests on the floor beside the bed of a teenage boy. There is also a jazz fusion compact disc and a small statue by Elizabeth Catlett, both by African-American artists of international reputation. Popular American culture, black or otherwise, is absent.

None of these characters appears especially emotional. They are all looking inward, sometimes through a mirror. All of them are young, healthy and handsome, but their bodies have not been painted sensually. They don’t have flesh, they have hard, reflective surfaces on the tubular shapes that are their necks, faces and arms. Their most important feature might be the inner light that the artist has created behind them by brushing thin layers of acrylic onto sheets of transparent vellum backed by a brilliant white panel. 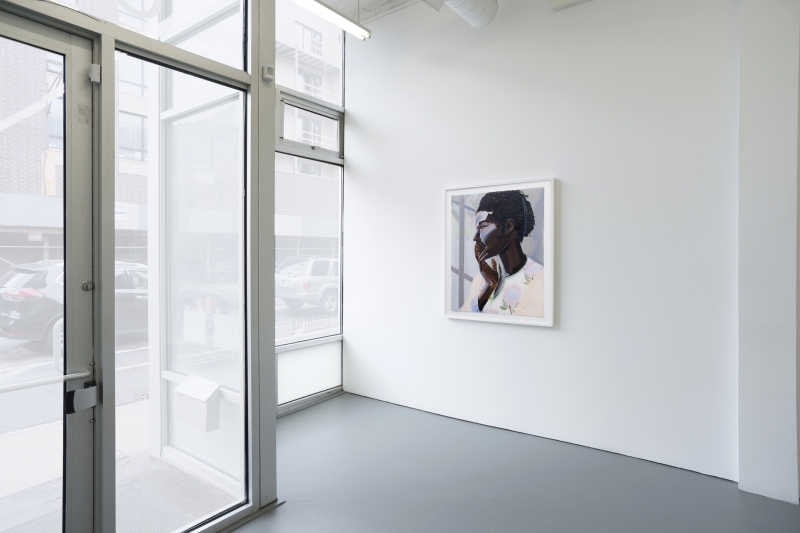 They all feel strong—yet also fragile—as if this state of grace in which we find them may be as fleeting as the reflections on the surface of the picture’s protective glass or the cherry blossoms that have already begun to fall from one of the floral arrangements depicted. Suggestions of a sacred narrative are abundant, beginning with the title of the exhibit itself, “Hei,” the fifth letter of the Hebrew alphabet which has a variety of mystical associations. The painting of a young man pausing for reflection while reading a book beneath a fig tree is called “In the Cool of the Day,” recalling that fateful moment when Adam and Eve first met their Creator in the Garden of Eden. The fig tree or its fruit, with all its biblical associations, appears throughout the series, as does the protea, one of earth’s most spectacular blossoms, native to the mountain valleys of South Africa. 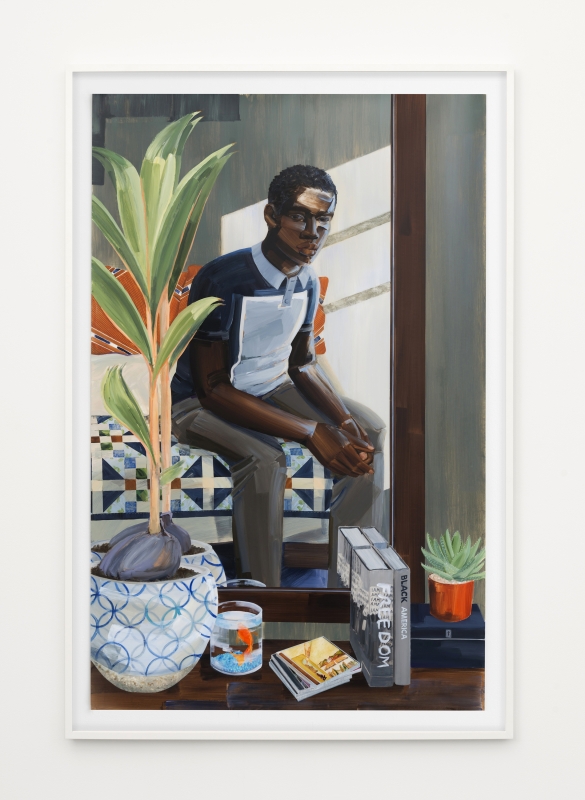 The painting has the flat, strong, graphic presence of Japanese prints and shares an emphasis on bold floral and geometric patterns. In its simplicity and quiet force, it also resembles the work of Alex Katz. Unlike figures in a Katz painting, however, these characters are not just strolling through life—they are seriously trying to make it happen. The bright, sudden freshness of color also recalls David Hockney, though the mood is less sybaritic.

In the current political discussion of racism in America, this series of images would have to be called conservative. Downtrodden people can improve their lives by study, thoughtfulness, patience and self-confidence, not by expressions of anger, despair, self-contempt and resentment. It’s a straight, lonely and personal path, not a call for social programs or community action. The depiction of a teenage boy staring at himself in his bedroom is called “Ladder,” yet no rungs and supports can be seen. The only ladder is his own questing spirit. (Chris Miller)