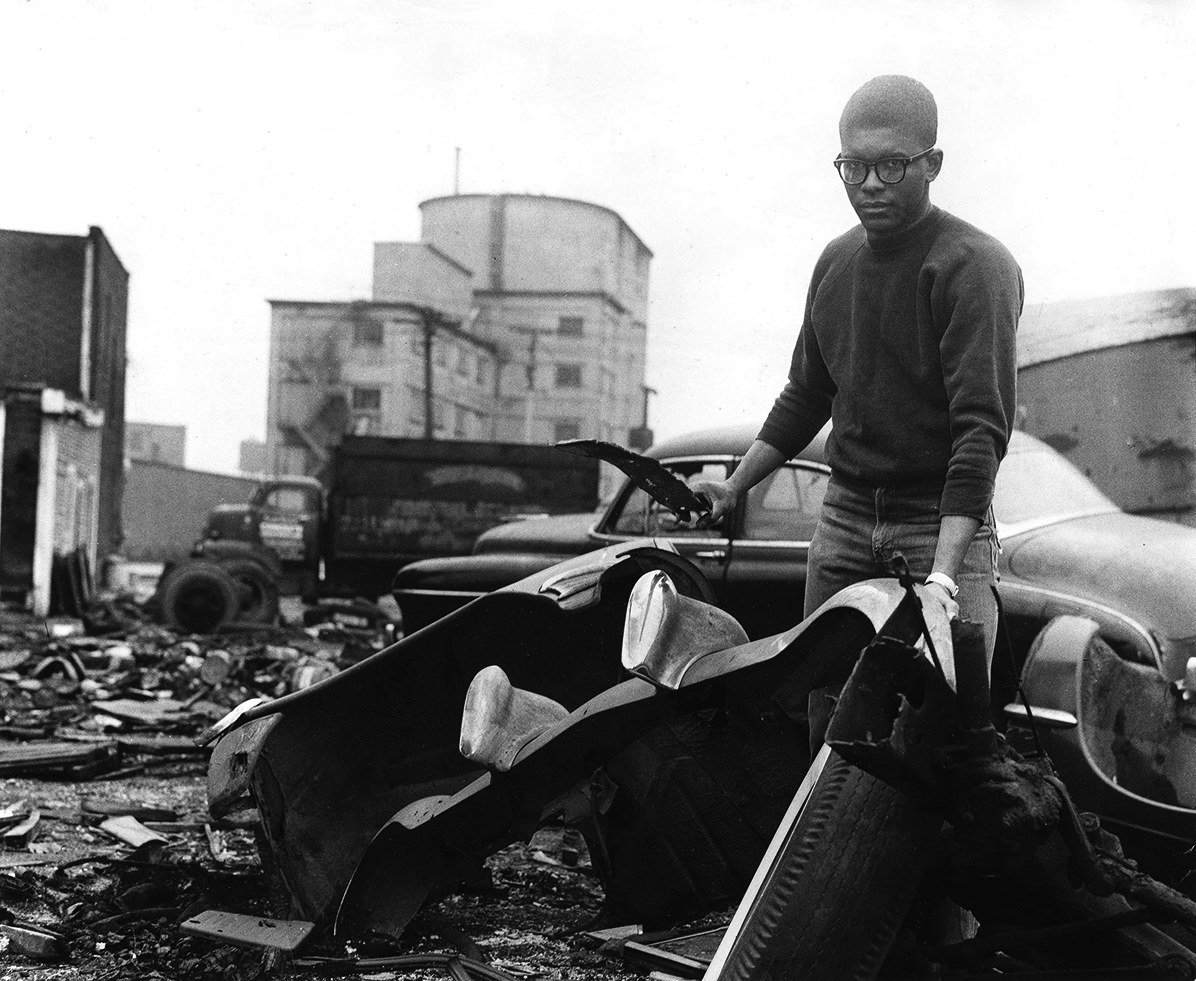 The story told by this exhibition is more compelling than most of the art on display. Two artists, from Germany and Austria, fleeing the Holocaust, created new lives in Chicago where they mentored a teenage African American from Woodlawn. That young artist, Richard Hunt, would be collected by the Museum of Modern Art at the age of twenty-two and given a major retrospective in the same museum at the age of thirty-five. He would become among the most prolific American public sculptors of the late twentieth century. 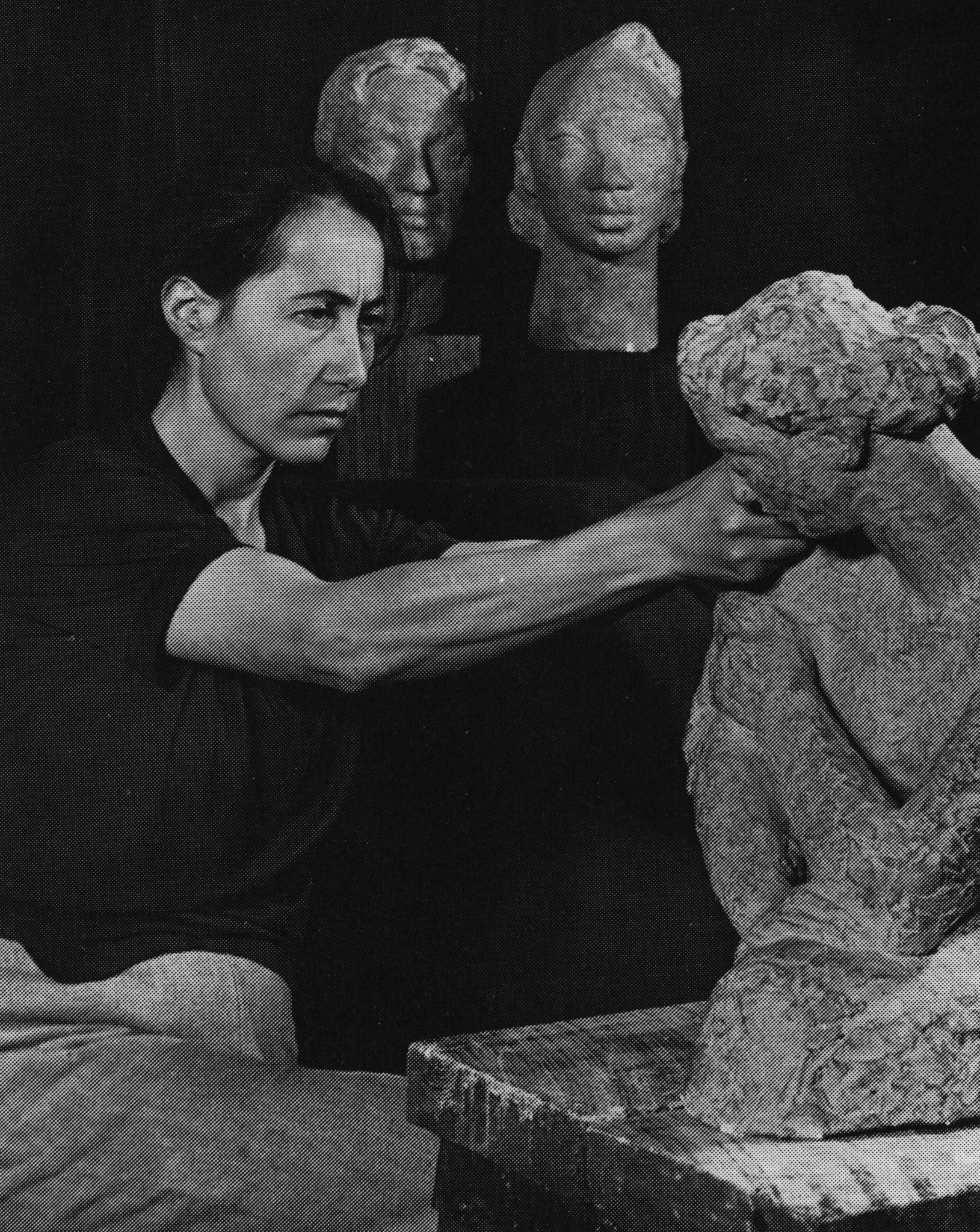 Nelli Bar in her studio in Cummington, Massachusetts, 1942

Isn’t that America at its best? It may also be art education at its best. It is immediately apparent that though the student was inspired and encouraged by his teachers, he did not follow them. Bending and welding metal instead of modeling clay or carving wood, Hunt’s work was completely independent of the Modern Classical figure sculpture in which both Nelli Bar and Egon Weiner had been so thoroughly trained.

This is not the best show to experience the work of Richard Hunt. Unlike the 2014 show at the Chicago Cultural Center, it has not gathered the best work of an artist who often thrusts fearlessly into space without necessarily attending to the consequences. The show does offer the opportunity to view the two other sculptors whose work is rarely shown. They exemplify a tradition that thrived in both Hitler’s Germany and Stalin’s Soviet Union. As a consequence, it has been shunned by the American art world ever since.

Nelli Bar (1904-2001) credited Karl Albiker (1878- 1961) as her most important teacher. Under the tutelage of Bourdelle and Rodin, Albiker had mastered modern, formalist sculptural figuration many years before Adolf Hitler even dreamed about making Germany great again. Like many German sculptors of his generation, however, he could not resist opportunities to glorify the Third Reich with statues of heroic Aryan athletes and fallen war heroes. It was probably from Albiker that Bar learned how mass, plane, texture and other formal elements can give a lump of clay inner life. In this show, it’s the portrait of her aging father that stands out. Possibly in an attempt to avoid the heroic idealism made so repugnant by the Nazis, most of her figures feel sad and lumpy. As she worked into her fifties and sixties, her pieces became less figurative but no less awkward. 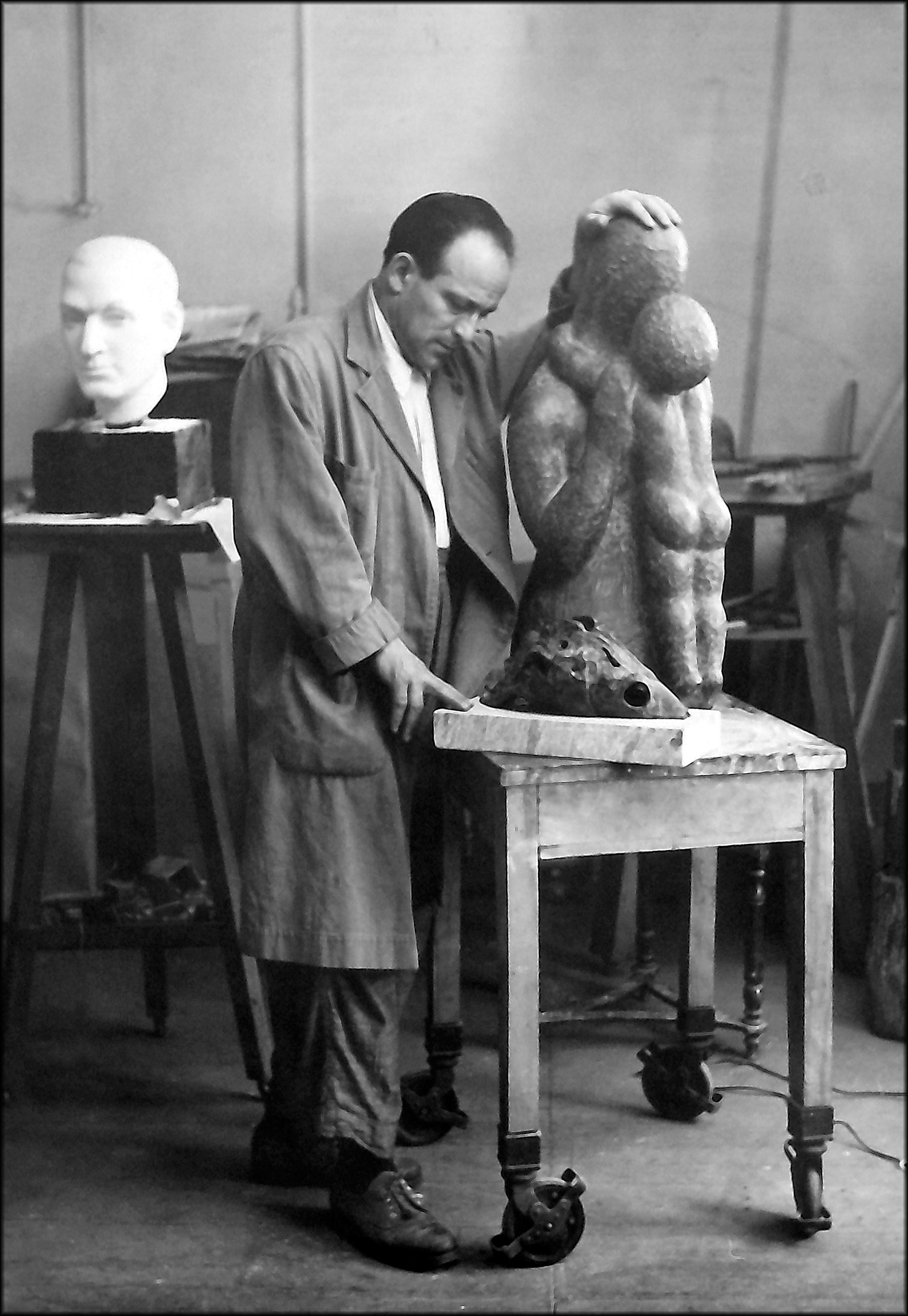 Egon Weiner (1906-1987) was schooled by Anton Hanak in modern Viennese sculpture, though it appears that Weiner was less interested in Hanak’s psychology of vulnerability. Like many emerging Italian and German sculptors of his generation, Weiner created a heroic bust of Mussolini. Eventually, he became more interested in the quiet dignity and simplicity of ancient, pre-Classical sculpture. Throughout, he seems more concerned with symbolism rather than formal intensity. Like Bar, his figures became more abstract as he matured, and human figures are completely absent from his most celebrated work, the “Pillar of Flame” monument (1961) adjacent to the Chicago Fire Academy. Many of Richard Hunt’s pieces flame upward in a similar way, though that seems to have always been how he expressed human aspiration. Shown side-by-side in this exhibit, it is Hunt’s flaming shapes that feel more urgent than symbolic.

Surprisingly, some of the best work in this show comes from Nelli Bar’s husband, Paul Wieghardt (1897–1969). It was his figure drawing that first caught the attention of museum director Daniel Catton Rich, who invited Wieghardt to Chicago to teach at the School of the Art Institute. Weighardt’s drawing also caught the eye of Mies van der Rohe, who then invited him to teach figure drawing at the Illinois Institute of Technology. The four drawings in this show are blissfully spacious and precise while expressing the character and gesture of the figures. Perhaps it’s time for the Koehnline Museum to rekindle interest in him as well. (Chris Miller)