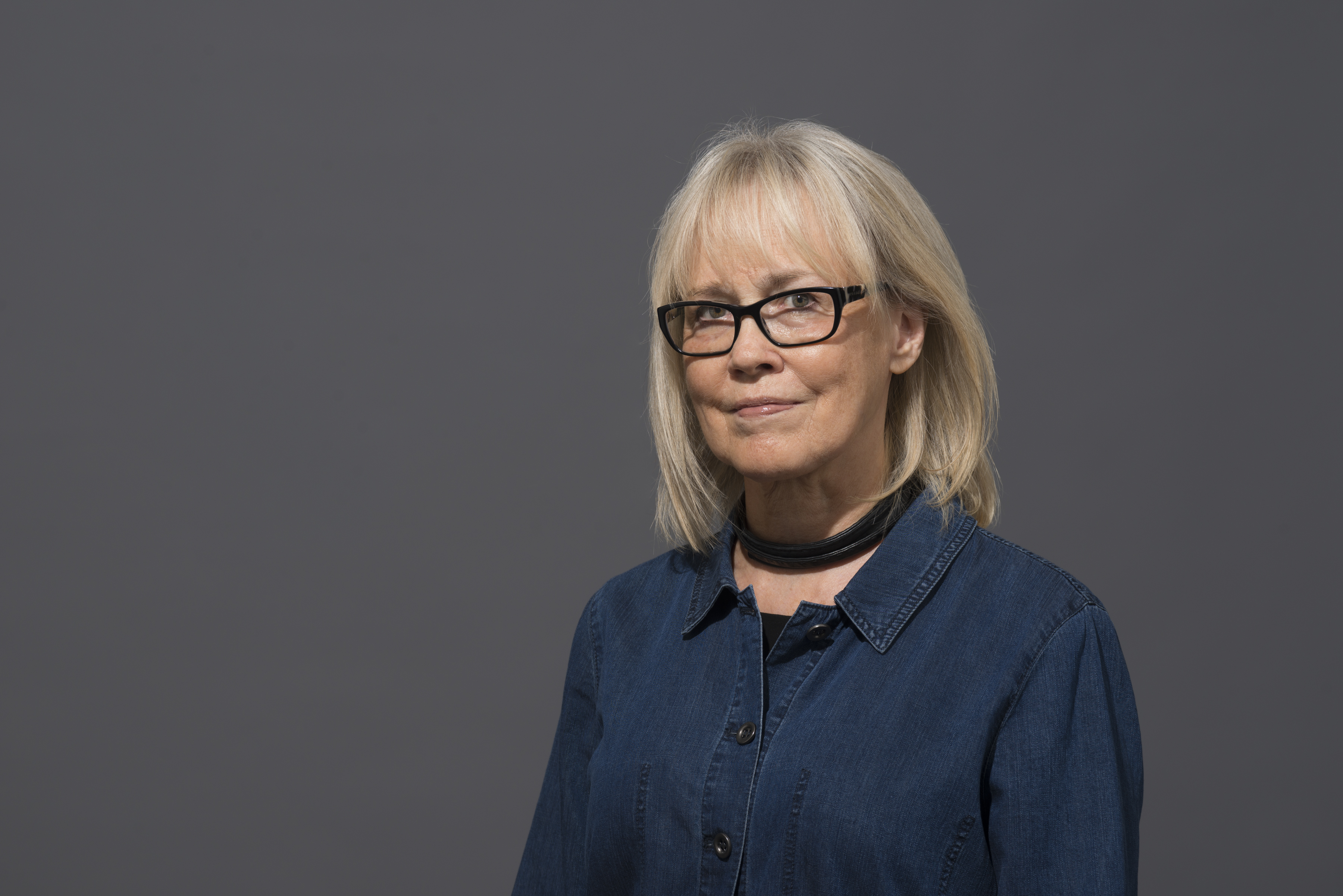 21
Anne Wilson
Anne Wilson’s work in fiber and material studies is not your grandmother’s macrame. A professor of the discipline at the School of the Art Institute of Chicago, Wilson has pioneered new ways of making fiber artworks for decades, in turn changing the way we see the significance of thread. Her 2002 “Topologies” project, initiated for that year’s Whitney Biennial, introduced concepts of social, geological and technologial network theories into her already formally ambitious work. Her 2010 retrospective at the Knoxville Museum of Art included a participant-driven communal weaving project, producing a nearly eighty-feet-long tapestry by the conclusion of the show. In 2015, Wilson won a prestigious United States Artists fellowship, and last year saw her fourth solo show in a decade at Rhona Hoffman Gallery.

22
Tony Tasset
One has to wonder if the city’s public art commissioners would have tapped Tony Tasset for his enormous, three-story eyeball sculpture in 2010 could they have known he would produce “Hot Dog Man” the next year, the personification of a Chicago-style dog strutting madly down the streets where his kin are devoured in droves, defecating mustard while flailing weiner-flanges and his own testicle-equipped weiner before him. Tasset delights in the absurd, an effect he produces with scale and fabricated precision, whether it’s a twelve-foot deer sculpture or the colorful pairs of his ambiguous “Arrow Sculpture” series. This summer, Tasset returned to the body, casting a pavillion-sized rendering of his wife Judy Ledgerwood’s hand for Cleveland’s inaugural FRONT triennial. A retired professor at the University of Illinois Chicago, Tasset is in good company among the faculty there, as well on the roster at Kavi Gupta Gallery. 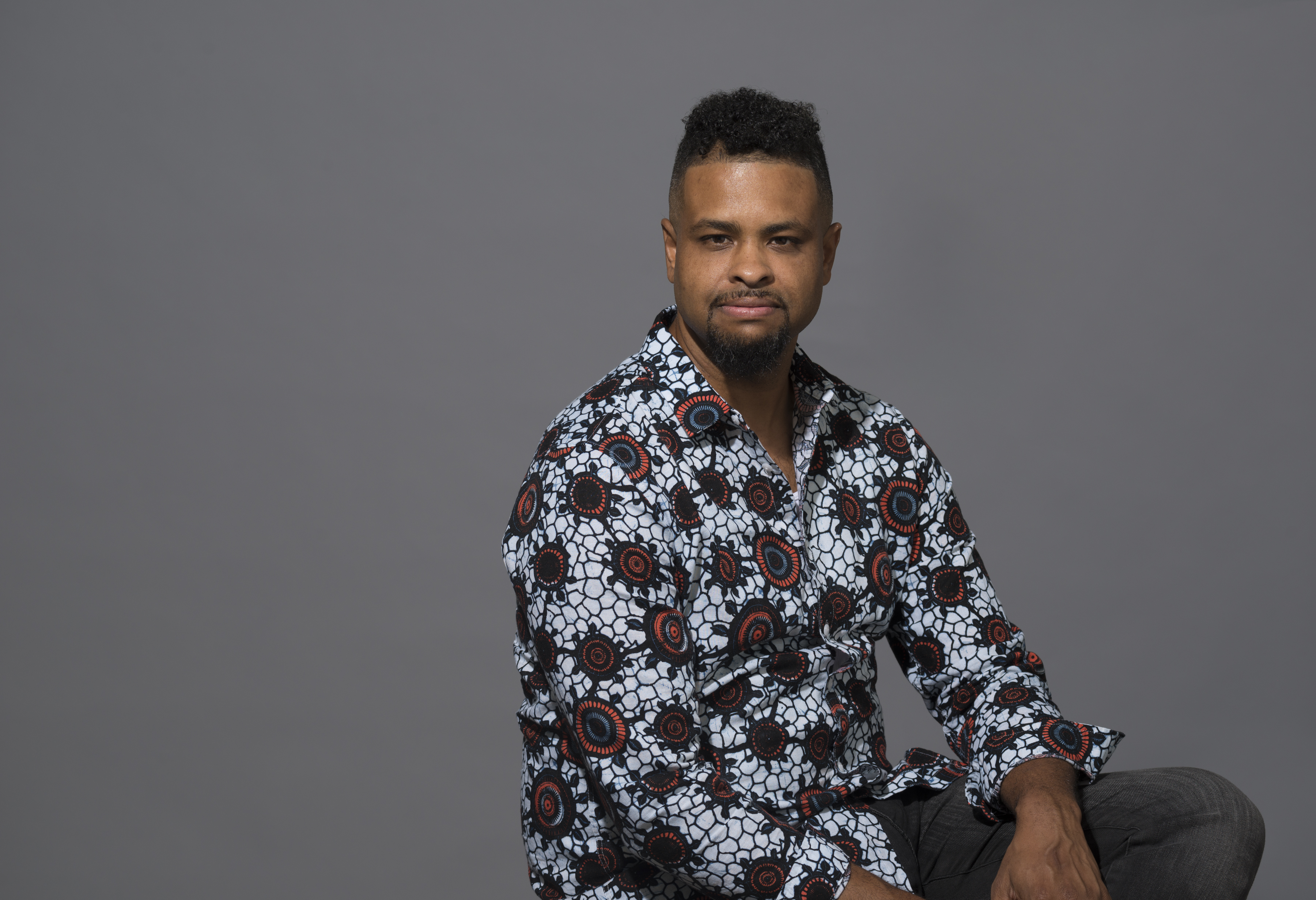 23
Faheem Majeed
Faheem Majeed is a master of taking discarded relics and bringing new life into them. His solo exhibition “Unite” at Cleve Carney Art Gallery included a wall comprised of wood and Kool-Aid-colored glass. The piece “ETINU” mimicked a billboard with a religious spin, appearing like a stained glass window to question powerful institutions like churches and museums. His work includes community engagement, as he fuses art and public activation, like his most prominent work as one of four directors of The Floating Museum, a collaborative art project that creates temporary, site-responsive museum spaces that float around the city. 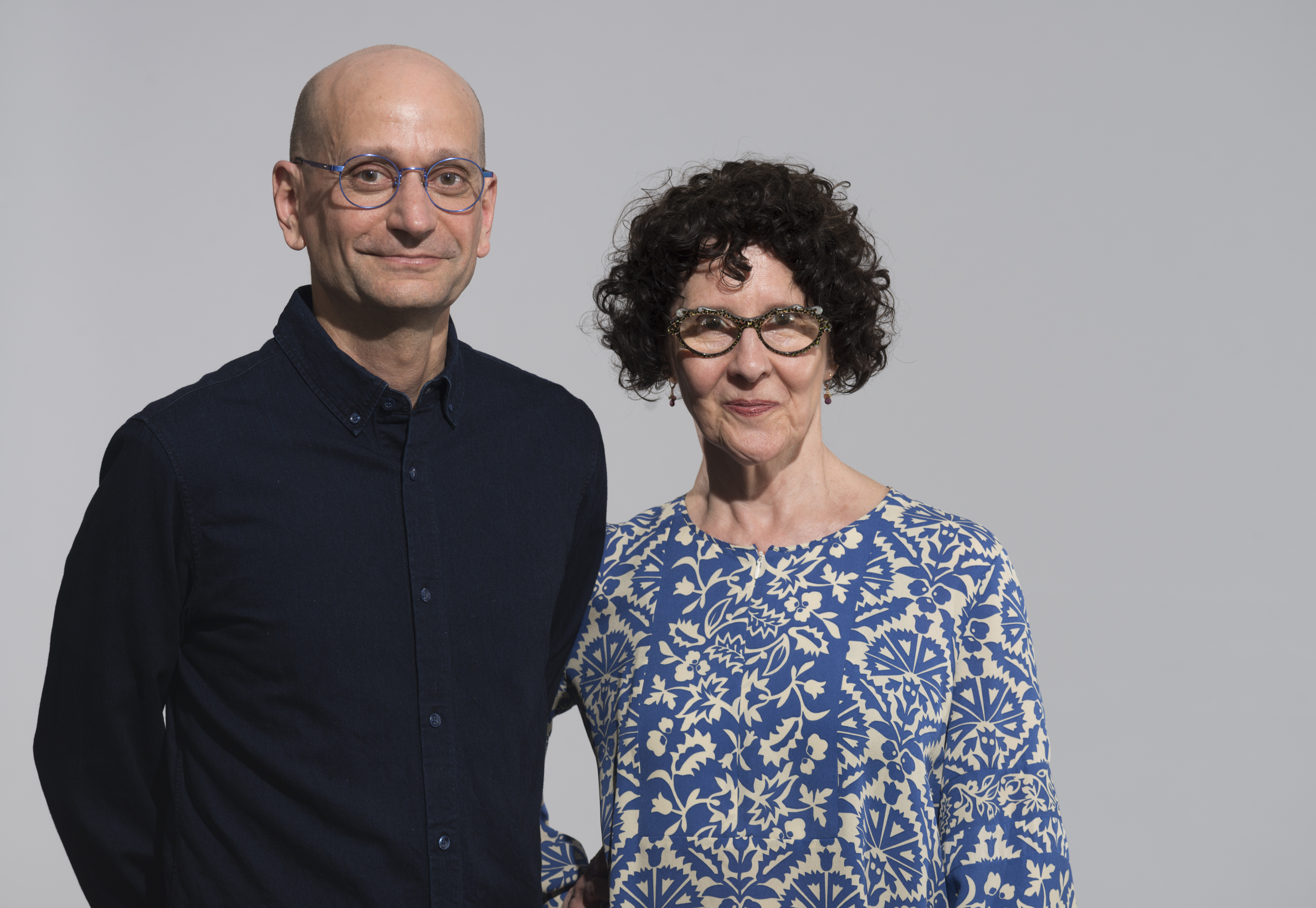 24
Lin Hixson and Matthew Goulish
Lin Hixson and Matthew Goulish collaborate in both life and art, presenting time-based works across the United States and abroad since 2008 as their performance group “Every house has a door.” Before forming “Every House,” Hixson and Goulish premiered with their cohort the ninth and final work as part of “Goat Island,” a performance group that for twenty years “slowly, carefully, perhaps somewhat imperceptibly, chang[ed] the world—one word-gesture-breath, one performance, at a time.” In the last year, they performed on resonances between 1917 and 2017 in concert with the Art Institute of Chicago’s exhibition “Revoliutsiia! Demonstratsiia! Soviet Art Put to the Test,” and in November they will present a new work, “Scarecrow,” at Steppenwolf. Rumor has it that a “Goat Island” revolution, revival or retrospective is in store for 2019. 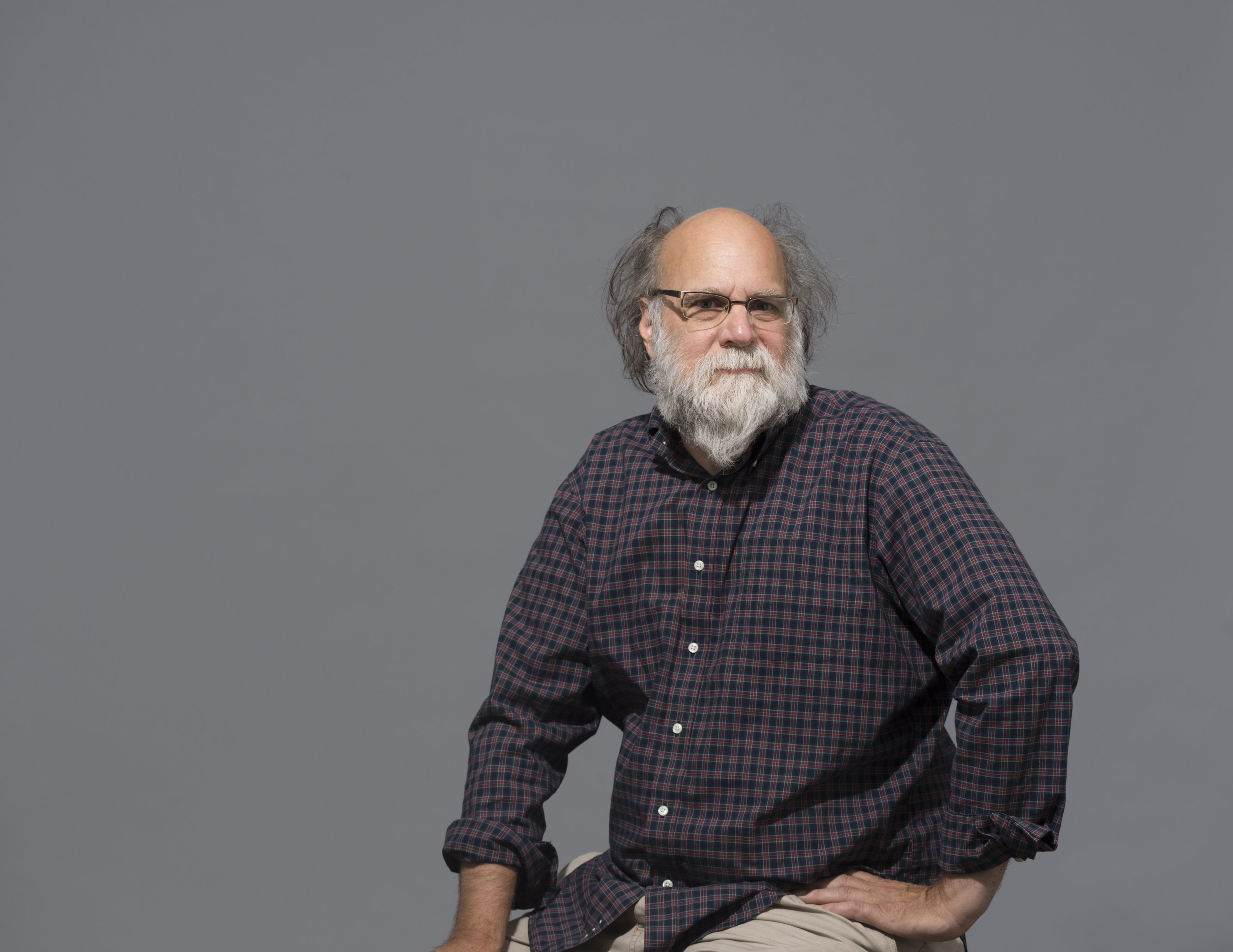 25
Joseph Grigely
Joseph Grigley’s research on the relationship between written language and speech is not the dusty musings one would expect from an Oxford Ph.D. who has taught English at Stanford and art history at the University of Michigan, all before making Chicago and the School of the Art Institute his home. His installations of notes, drawings and doodles scribbled on napkins, Post-its, wrappers and sundry other ephemera are the living archive of a life lived nearly entirely in deafness, a process he began exhibiting more than twenty years ago. His installations have been twice featured at the Whitney Biennial—most recently in 2014—and MoMA and London’s Tate own work by him, among other institutions. At SAIC, he teaches on disability theory as well as what he has dubbed the “exhibition prosthetics” that communicate ideas in the gallery. His archival collaboration with curator Hans Ulrich Obrist is among many enduring works. 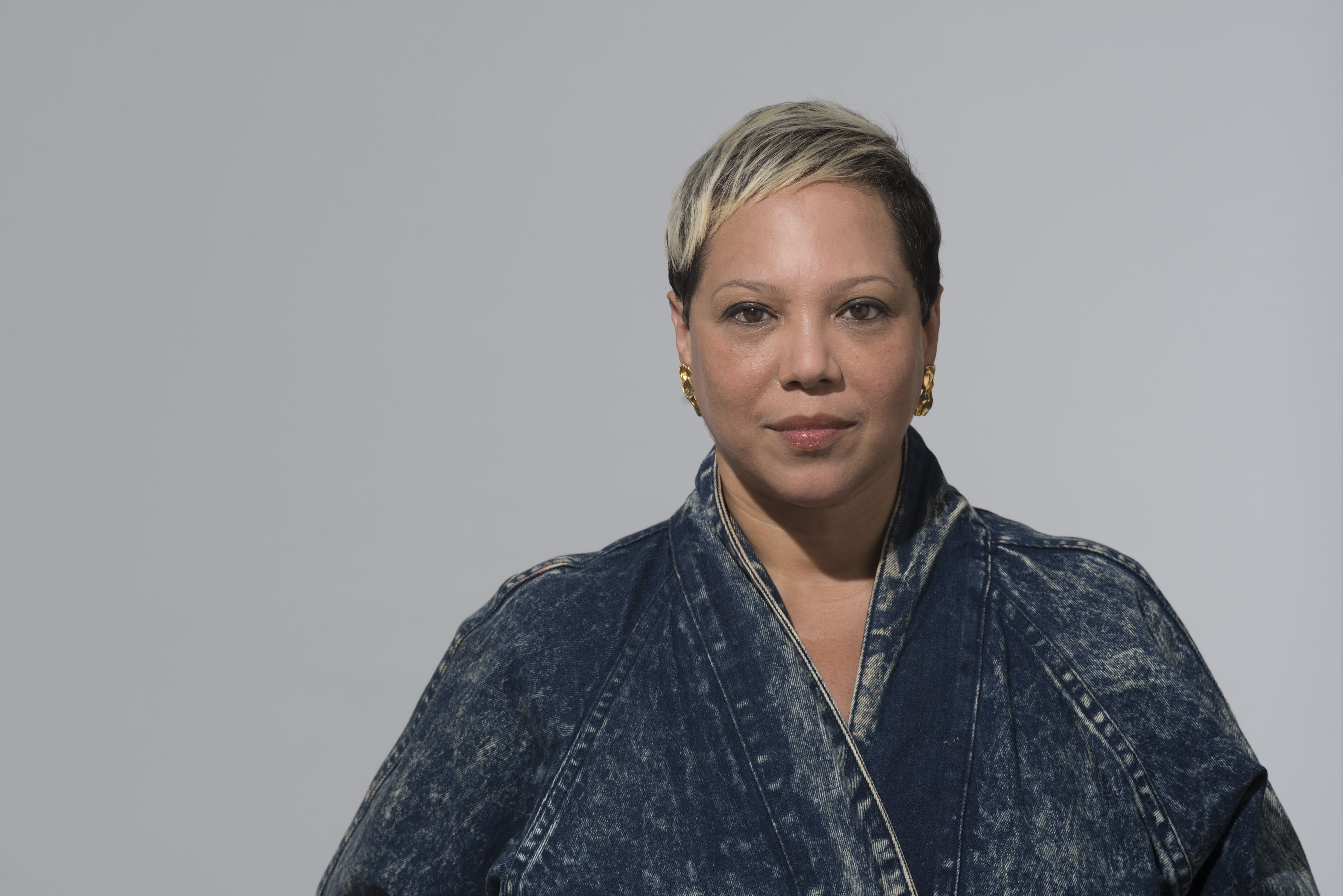 26
Edra Soto
Life has not slowed down for our 2016 Art 50 cover star Edra Soto. Last year Soto staged her “Open 24 Hours” project, which uses discarded liquor bottles found near her East Garfield Park home in community-engaged projects, at Headlands Center for the Arts in California, The Ski Club in Milwaukee and the MCA Chicago. Johalla Projects will bring the work to two unlikely public sites this fall: the Fashion Outlets of Chicago and at the Chicago Athletic Association. In addition to teaching at SAIC and co-running the outdoor project space The Franklin, Soto has several upcoming group shows, most notably “Cross Currents: Intercambio Cultural.” The show is the result of a cultural exchange program between Cuban and Chicago artists of Latinx descent, and will be on view at Centro de Desarrollo de las Artes Visuales in Havana before traveling to Chicago’s Smart Museum.

27
Julia Fish
As a painter and draughtswoman, Julia Fish marries the precision of hard-edged painting with the softness of a more contemplative and tender approach to form. Her estranged, but nonetheless familiar forms evoke the architecture of the domestic setting. Fish has developed her practice for decades, earning many awards, including an NEA fellowship, a Richard H. Driehaus Foundation award and a Louis Comfort Tiffany Foundation Award. Last year, Fish’s solo exhibition at David Nolan Gallery showed works from a 1998 exhibition at a Wicker Park storefront in which Fish fixated on reproducing the hexagonal tile patterns of the building’s century-old door apron, a manual tribute to the decorative inexactitude of a bygone era. In 2017, she had solo exhibitions in Seattle, Chicago and New York. Next year, the DePaul Art Museum is slated to exhibit a decade of her recent work.

28
Claire Pentecost
With the art world’s current fixation on the Anthropocene, Pentecost’s long career of environmentally engaged artmaking takes on new resonance in the accelerating climate crisis. From her proposed soil-based currency for documenta 13 to her involvement in the Haus der Kulturen der Welt and the Max Planck Institute’s Anthropocene Curriculum, Pentecost has made a career of merging her advocacy and her art in the spirit of Chicago’s reputation for artist-driven activism. In 2017, along with Rashayla Marie Brown, she received the prestigious Artadia Award and exhibited a new installation, “A Library of Tears” at EXPO Chicago. A teacher and mentor as well, Pentecost is professor of photography at the School of the Art Institute of Chicago. 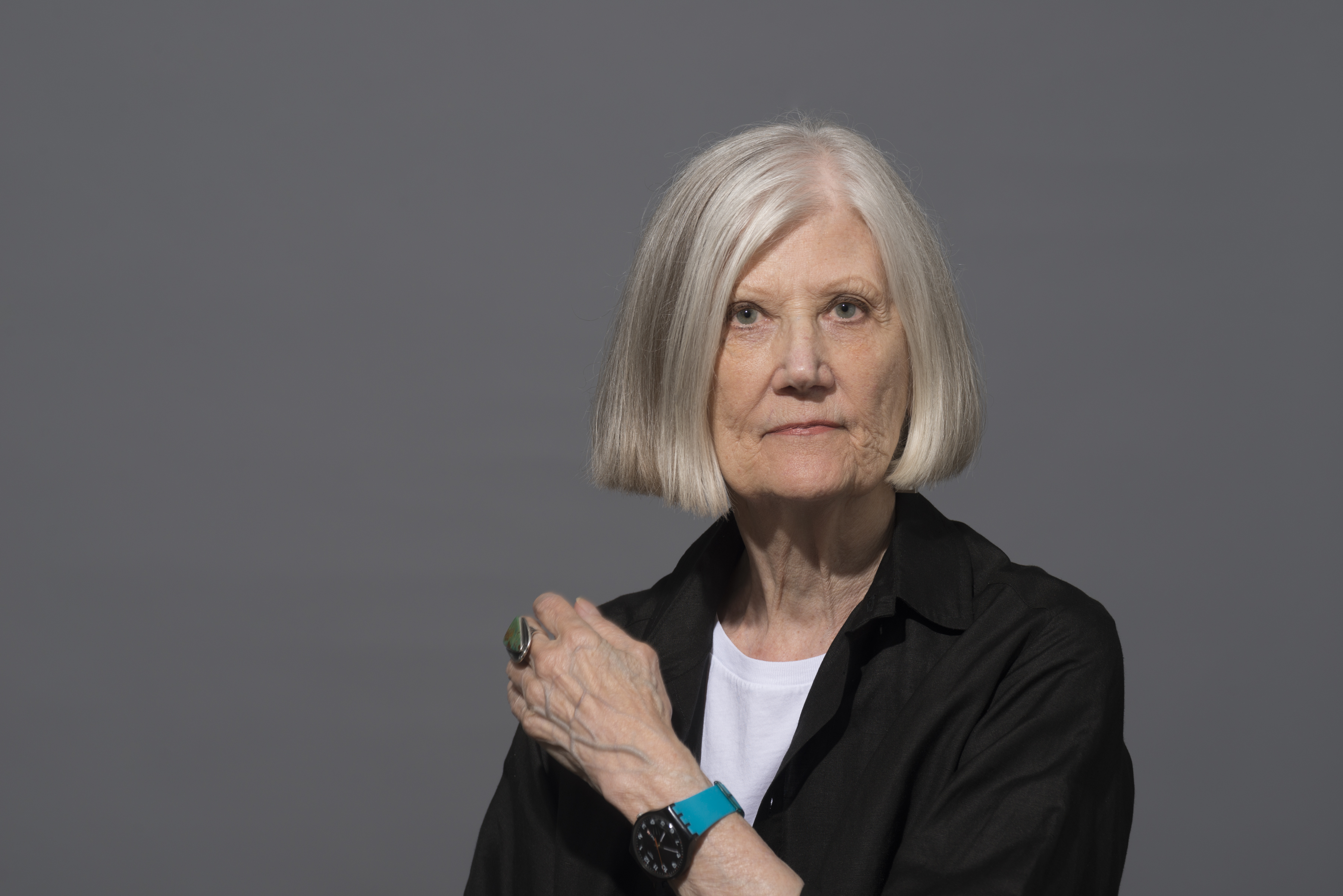 29
Barbara Kasten
After more than forty years, Barbara Kasten continues to push the photographic medium through an engagement with perception, process and color in both two and three dimensions out of her studio at Mana Contemporary Chicago. A bedrock in photographic experimentation and the history of both art and architecture, Kasten exhibited worldwide in the last year, including for “Artist/City” as the summer resident of Illinois Institute of Technology’s S. R. Crown Hall, where she produced a new photographic series with the iconic Ludwig Mies van der Rohe building as its primary subject. Kasten’s work can be seen at the Museum of Contemporary Art Chicago’s exhibition “Picture Fiction: Kenneth Josephson and Contemporary Photography” through the end of the year.

30
Rashayla Marie Brown
With Chicago as her homebase, Rashayla Marie Brown has become more of a “vagabunda”—to quote her frequent Instagram updates, as well as the title of her 2014 Chicago Artists Coalition solo show—than ever before, snagging residencies in Vermont, Lithuania, London and Michigan, to name a few present and future locales. To fund all that, she’s also racked up awards from the Franklin Furnace, Chicago’s Department of Cultural Affairs and Special Events, Artadia, 3Arts and even the State Department. That last was for her ongoing commitment to language learning, an essential aspect of her communication-based practice that combines writing, performing, filming and directing. In 2016, her solo show at Aspect/Ratio Projects asked “Can the Spectator Speak?” This year, she’s taking time to reflect on the last five years of her work, with a film project, performance in New York City, with published writings on the way.