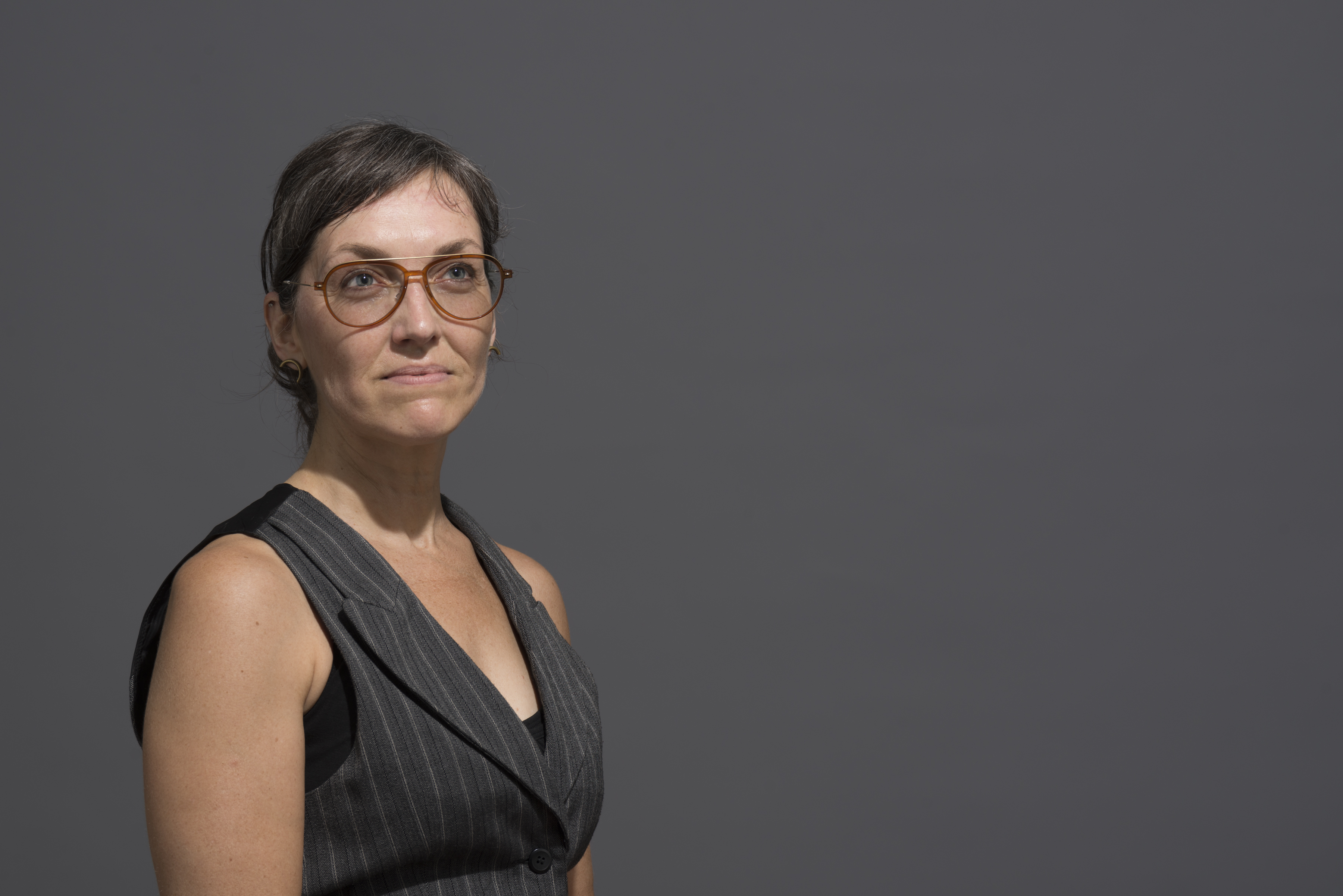 41
Deborah Stratman
Deborah Stratman is a Chicago-based artist and filmmaker who explores landscapes and systems. Her body of work includes public sculpture, photography, drawing and audio, focusing on relationships between humans and the natural environment through issues of faith, freedom and surveillance, among others. The multi-award-winning artist is an associate professor of film at the University of Illinois at Chicago, and has exhibited widely from the Museum of Modern Art in New York to the Witte de With Center for Contemporary Art in Amsterdam, the Hammer Museum, the Centre Georges Pompidou and Ballroom Marfa. Her latest project, “Hello Ladies,” is a hybrid documentary blending history, geography and ethnography to explore the legacy of the public voices of Ethiopian women. 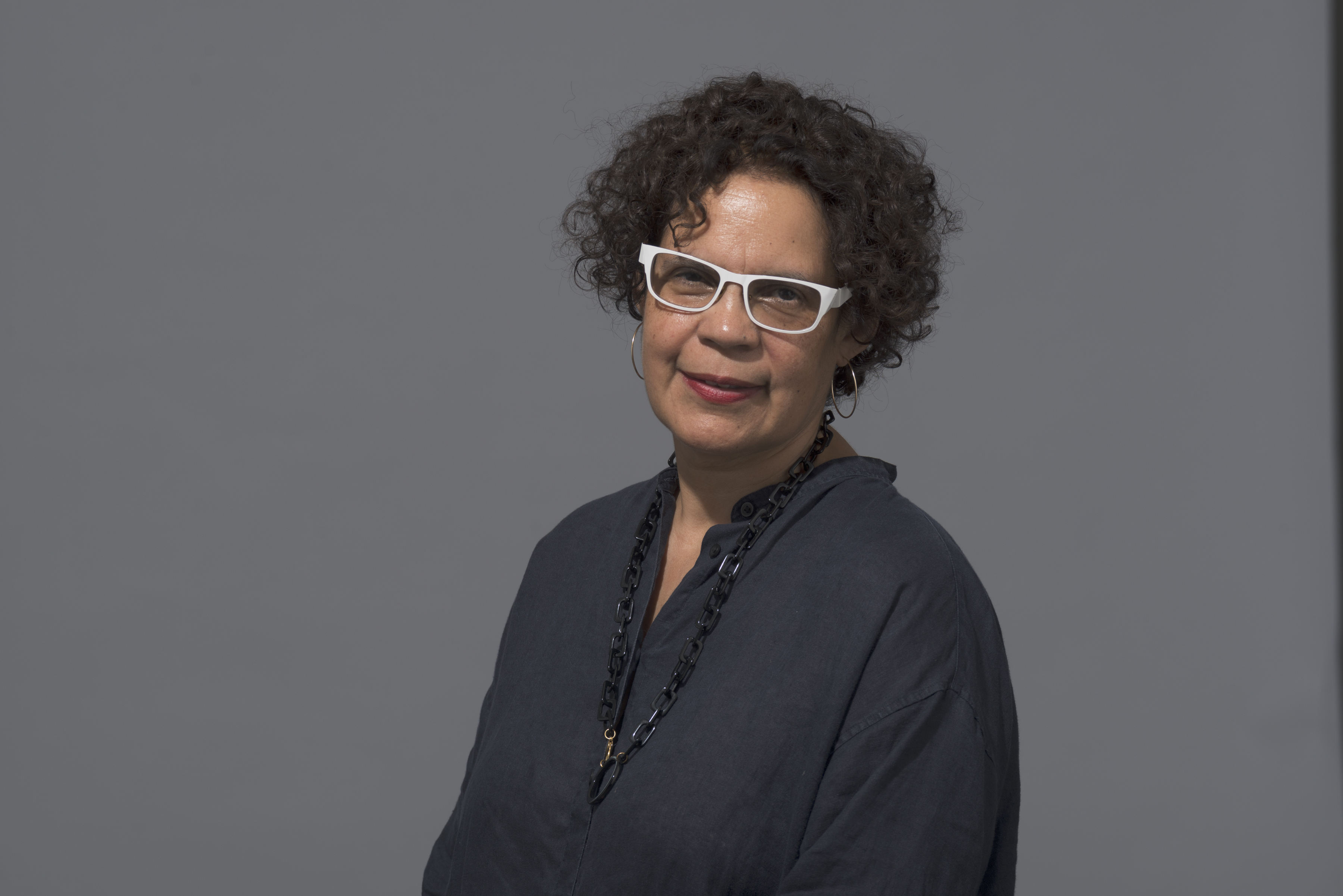 42
Candida Alvarez
Candida Alvarez’s paintings are captivating. Through a tactful yet effervescent use of color and form, her works straddle the line between representation and abstraction. With the refinement only a seasoned artist could employ, she readily pulls references from art history, popular culture and autobiography, seamlessly folding them into assured yet spontaneously fresh strokes on canvas. Perhaps most impressive is the sheer breadth and dedication of Alvarez’s career. Her 2017 retrospective at the Chicago Cultural Center presented over four decades of work, with no indication that she’s slowing down. Alvarez has been included in multiple recent reparative group exhibitions that are heeding women’s contributions to the field of abstraction, notably “Magnetic Fields: Expanding American Abstraction” at the Kemper Museum of Contemporary Art and Chicago’s own “Out of Easy Reach.” Alvarez is a longtime professor in the department of painting and drawing at SAIC.

43
José Lerma
Lerma’s journey to art moved through his birthplace of Spain to Puerto Rico, then to New Orleans for Tulane and Madison for law school—all this before heeding the call of the studio. His fantastical paintings and drawings hold the figurative spirit of surrealism and imagism, with a finer attunement to texture and contrast than either. Lerma’s 2017 solo show at Kavi Gupta Gallery featured whimsical paintings that imitated crumpled Post-it pen doodles at a large scale, as well as a massive collared shirt twirling from the gallery ceiling. In Panama City this year, he showed drawings and paintings of contorted figures, à la early Picasso, with blue-neon light ropes scattered across the floor, another sculptural drawing.

44
Alex Chitty
The brilliant playfulness of Alex Chitty’s sculptures sits between their simultaneous familiarity and strangeness. Using a formal language which bounces off elegant furniture design, advertising displays, homey trinkets and the natural world, she aptly questions how beauty is schematized through combinations of typically disparate objects. Her sculptures balance a diagrammatic, even scientific precision, with the surprise of strange-fits––a plaster acorn bends an otherwise uniform brass series of poles; a smoothed and small chunk of walnut hovers just away from the gallery wall. An instructor of print media at SAIC, Chitty has had recent solo exhibitions at Patron Gallery, Virginia Commonwealth University’s Anderson Gallery, and the Elmhurst Art Museum. 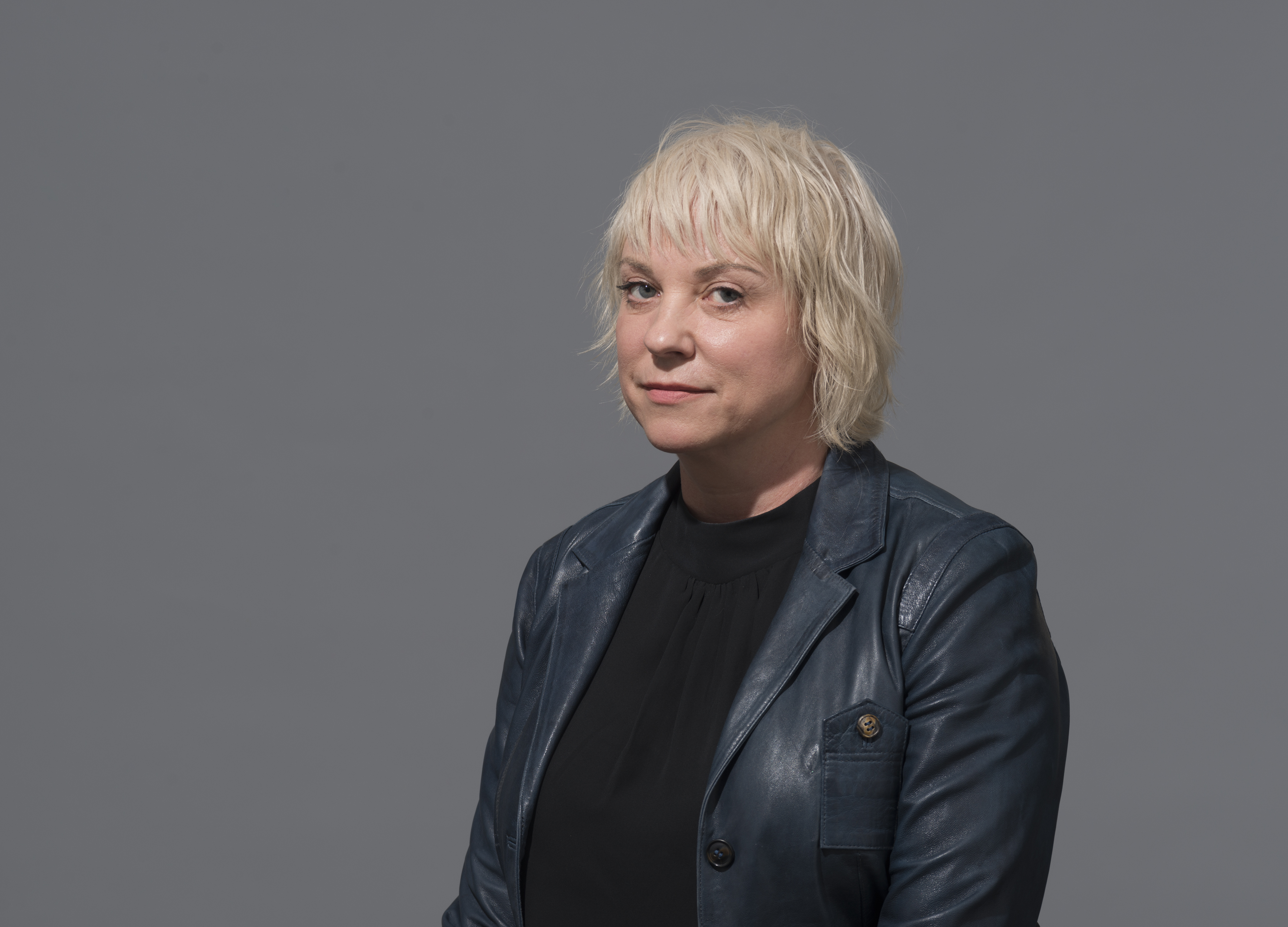 45
Anna Kunz
Anna Kunz’s whimsical hand-dyed-and-painted thirty-foot color-blocked fabrics had a recent, larger-than-life solo exhibition, “Color Cast” at the Hyde Park Art Center, which took three years of work and retrospection to complete. Her largest piece to date, Kunz sought to create a full-circle experience, combining her known practices in printmaking, painting and color theory with installation work, all with the viewer’s gaze in mind. Kunz then set off to upstate New York for a residency to focus at smaller scale with works on paper, small paintings and sculptures. 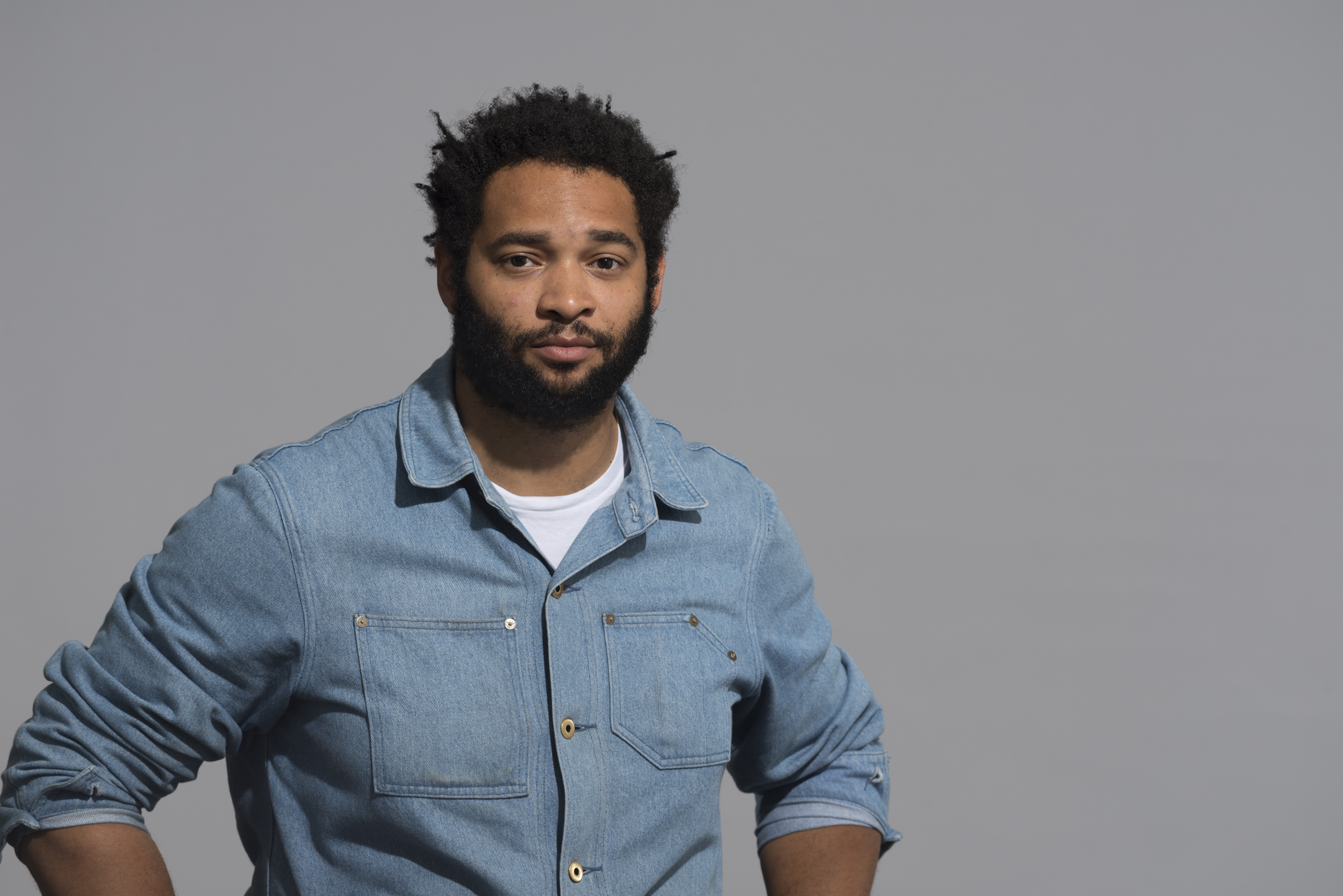 46
Tony Lewis
The Hirshhorn Museum in Washington, D.C. this year exhibited the entirety of Tony Lewis’ “Anthology 2014-2016” series, collaged drawings that appropriated hundreds of frames of the beloved “Calvin and Hobbes” comic strip series in black-and-white works in which he selectively erased and scratched out parts of dialogue as well all figures and settings, rendering poetic prose free-floating amongst haunting abstraction. Lewis’ more colorful collages were shown at Blum & Poe in Los Angeles last year, where the artist picked up more representation, already claimed by Shane Campbell Gallery in Chicago and Massimo De Carlo Gallery in Milan. All three galleries showed his work last year in solo shows, and he also exhibited at the Rose Art Museum at Brandeis University, where he recently completed a residency. This summer, a new show  opened at Art Projects Ibiza, Spain. Lewis’ exposure continues to grow, seemingly without limits.

47
Jenny Kendler
In a world of changing climates, Jenny Kendler’s work depicting plants and animals manages to convey the urgency of environmental activism without ceding an inch of beauty. Her “Bewilder (Deimatic Eyespot Camouflage)” poses museum visitors with temporary tattoos mimicking the spotted wing patterns of butterflies and moths, covering them in a natural camouflage that bewilders advanced facial recognition technology, not to mention the naked eye. This year’s “Birds Watching,” a forty-foot sculpture installed at the Storm King Art Center in New Windsor, New York, reflects the gazes of a hundred bird species threatened by climate change. Next year, Kendler will install the piece on the 606 trail to gaze at passersby toting disposable coffee cups and plastic water bottles. Kendler has served on the boards at threewalls and ACRE, and has a long list of residencies past and forthcoming, including at the Banff Research in Culture and as the first resident artist of the Natural Resources Defense Council. Her 2018 Gallery 400 “Garden For A Changing Climate” exhibition mobilized a portable garden to explore the environment of a future Chicago throughout its diverse neighborhoods. 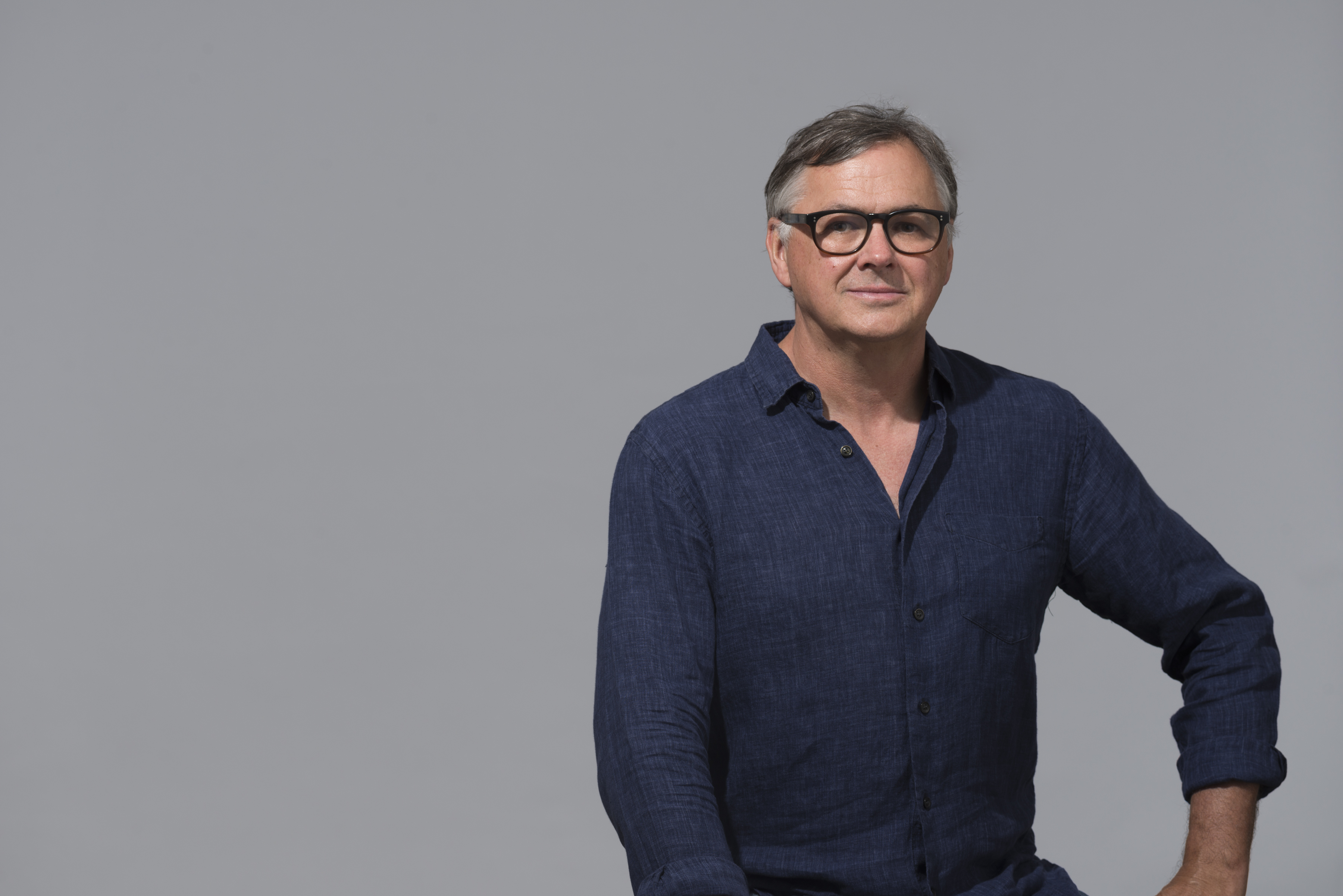 48
Dan Devening
For nearly four decades, Dan Devening has made Chicago his artistic home—teaching painting at Northwestern University and the School of the Art Institute of Chicago, as well as curating thoughtful pairings and solo shows of artists from near and far. His studio practice remains as quietly constructive as his work in the artistic community; color and hard-edged forms bristle against gestural moves and partial structures. Recent shows have taken his work to Germany and France. 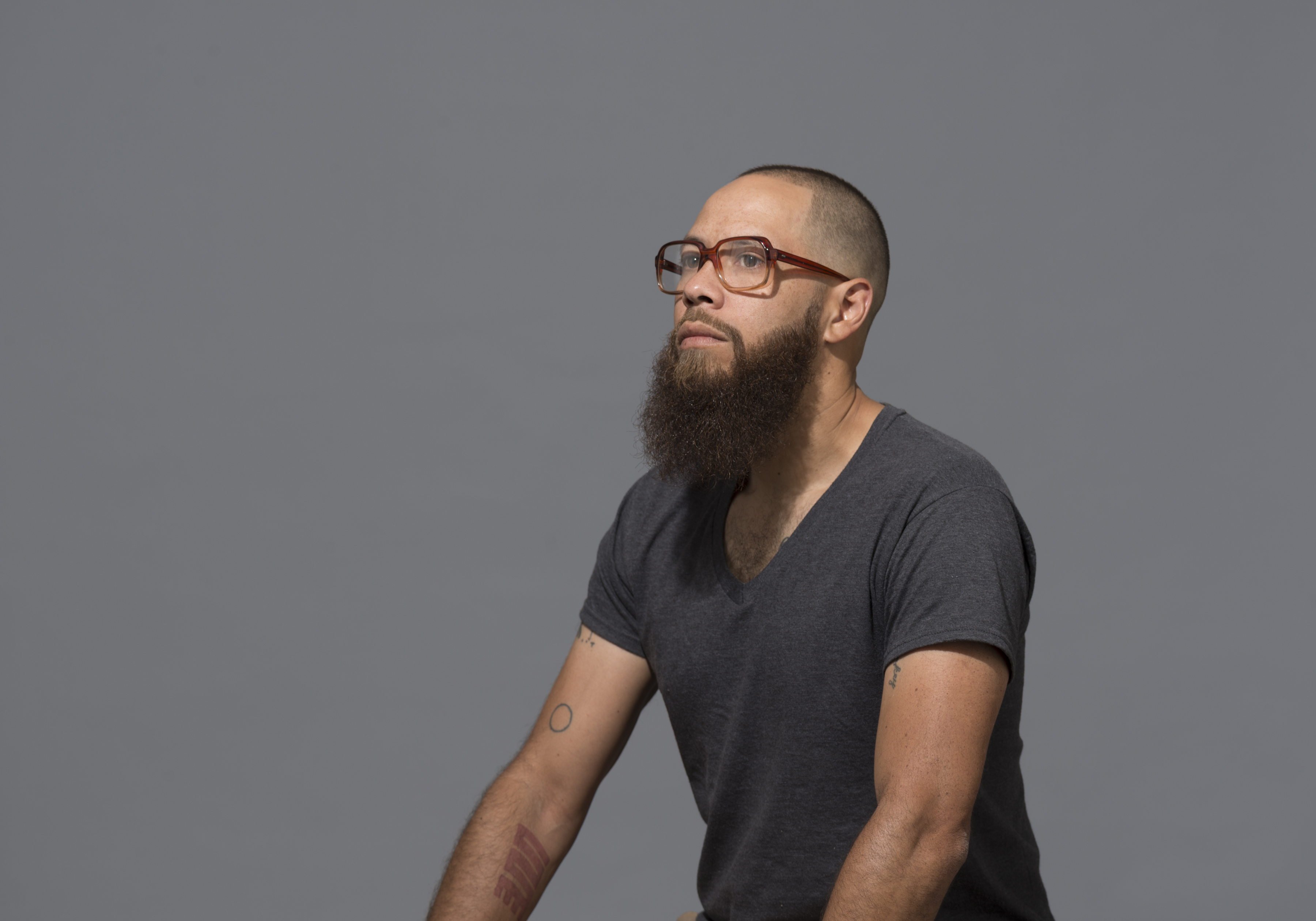 49
Nate Young
As Luke Fidler wrote in Newcity, Nate Young’s recent work shows “a confident, accomplished foray into the subgenre of contemporary art that plots personal history onto the broader social structures of race,” a challenge made more formidable with each passing day of the Trump presidency. His sculptural pieces combine fine craftsmanship and draughtsmanship with personal and political histories in unsettling formal and conceptual beauty. In the past few years, Nate Young’s work has been shown in New York, Chicago, Charlotte, Michigan, Italy and Cleveland—the later being his participation in the FRONT International’s “Great Lakes Research” initiative developed by artistic director Michelle Grabner. Monique Meloche Gallery, which represents Young, has shown him twice recently—in the fall of last year in Chicago and in the spring at their Lower East Side space in New York City. 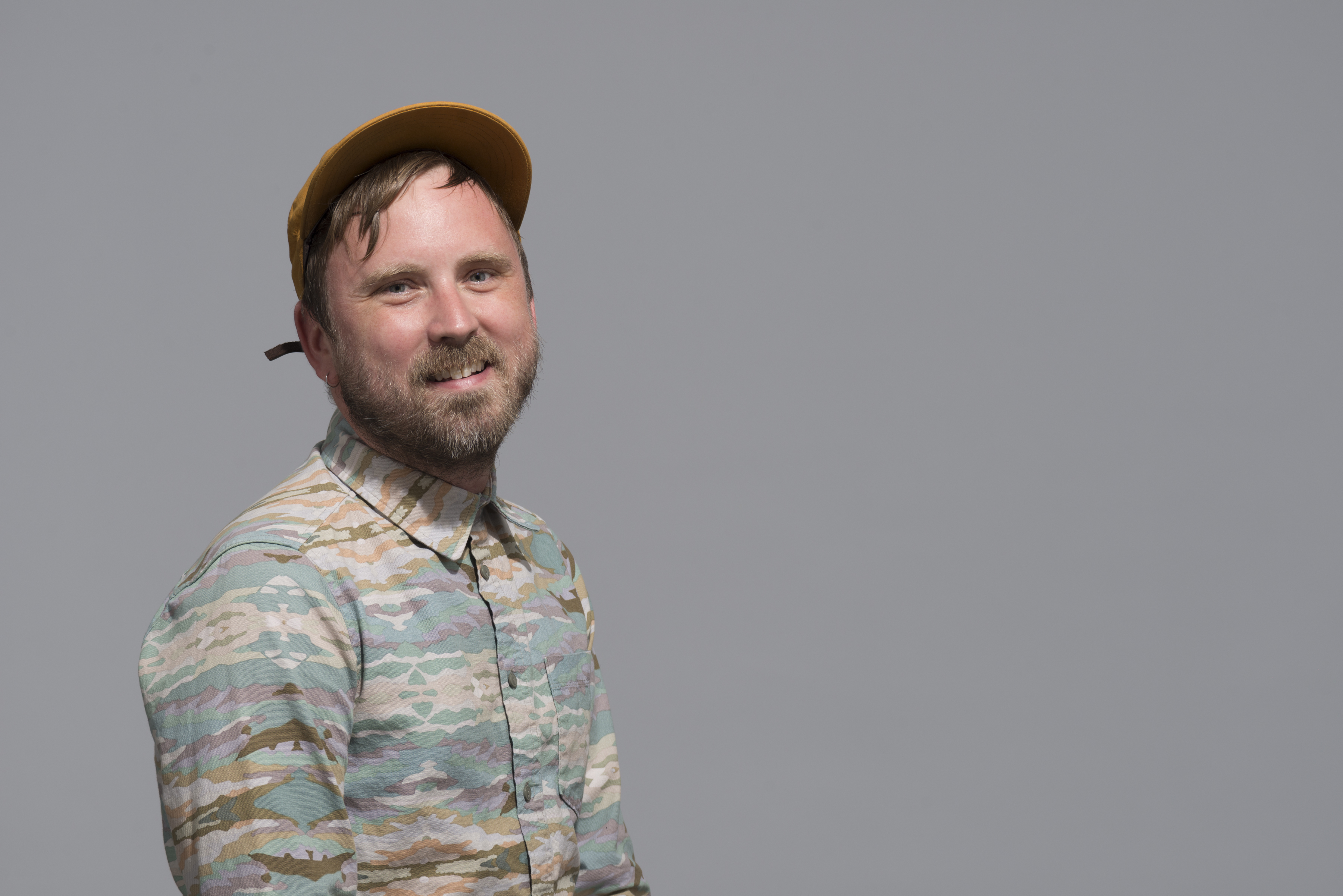 50
Latham Zearfoss
Latham Zearfoss is an artist for our ugent times. Their work dismisses boundaries between media just as well as it unites human beings in a collective struggle for love and the possibility for intimacy, both political and personal. At a screening of their shorts at New York City’s Union Docs this spring, they presented nearly a decade of videos exploring concepts ranging from societal violence, liberal conceptions of whiteness, revolutionary grooves and the “heroic sodomite” Tyrone Gardner, whose 2003 “Lawrence v. Texas” Supreme Court case overturned anti-sodomy laws nationwide. In 2017, their solo exhibition at Andrew Rafacz Gallery included paint-doused flatscreen TVs and a fictional dialogue between Judith Butler, gender theorist, and Octavia Butler, the beloved science-fiction writer. This year, they co-organized the socially engaged art conference Open Engagement in New York City. Since 2005, Zearfoss has co-organized Chances Dances, a queer collective and monthly dance party. In 2015, the collective celebrated ten years with a retrospective and experimental exhibition at Gallery 400.