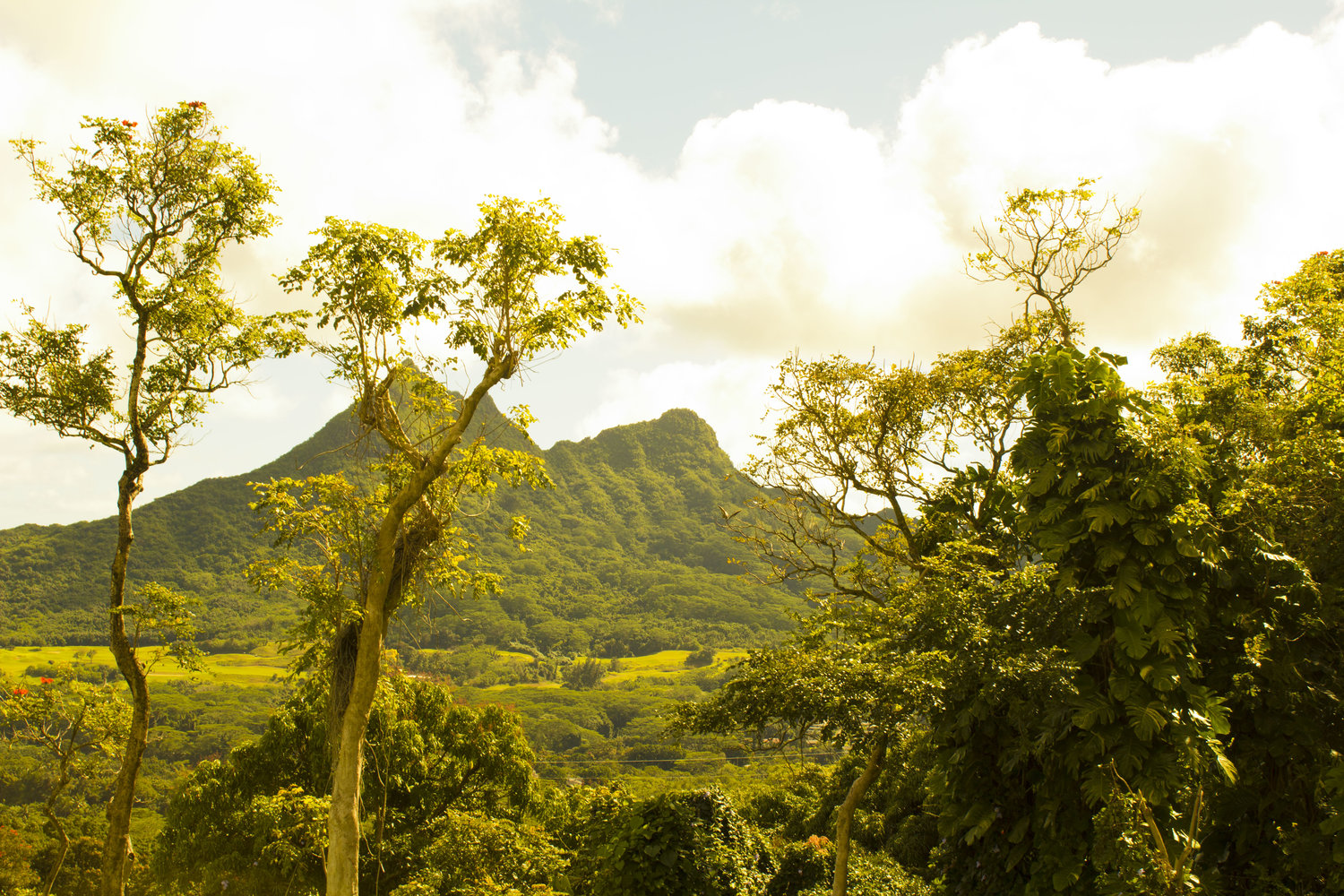 A massive gold sphere peeks out at you from the back of the room as you enter the Chicago Artists Coalition’s new front gallery. The sphere, created by Whit Forrester, is made of composite gold leaf on polyurethane, an apt material for a show called “Leaf by Leaf.” Curated by Sabrina E. Greig, the three-artist Hatch Projects exhibition takes its name from a speech by the poet Derek Walcott about the luck of a writer witnessing a culture taking shape. Greig uses her interest in narratives of decolonization and the politics of space and place to unite the work into a common theme.

Yasmin Spiro, a Chicago-based artist who works in a wide range of media, hews closest to that theme. Originally from Kingston, Jamaica, Spiro explores concepts involving the body and social politics, particularly in the context of Caribbean culture. “Dawtas,” the first work you encounter in the gallery, is a deconstructed hoop skirt suspended from the ceiling. Made of burlap, rope and other natural fibers, the piece is named for a patois word for “daughter,” which is used in Jamaica to refer to women. Placed in the center of the space at waist height, the skirt stands ready for a wearer. 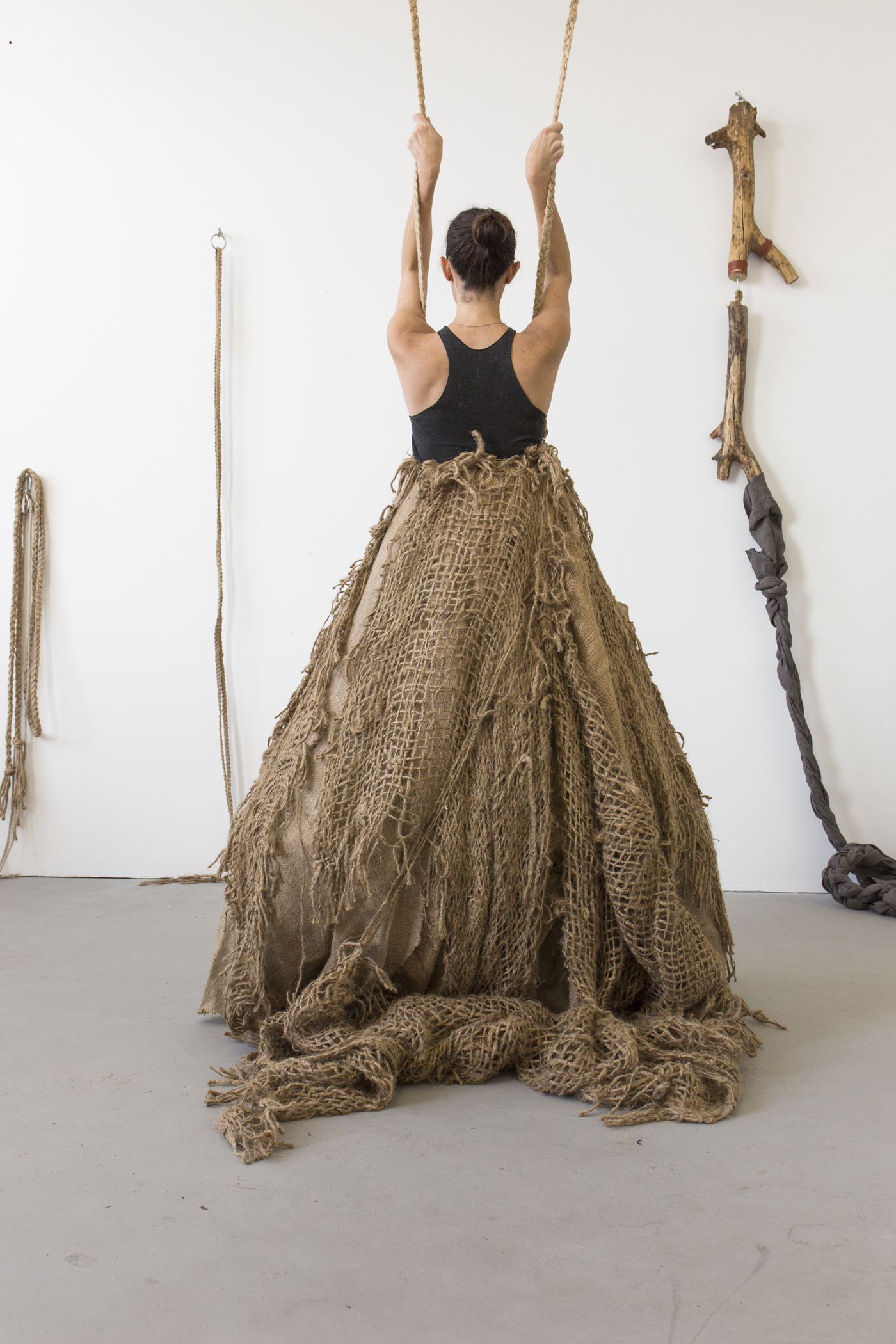 India Martin also draws on personal history and the interrogation of postcolonial geography in the lush photos of her native Hawaii. In “Green Therapy,” a photograph of green mountains gives new meaning to the word “verdant.” The peaks are so tree-covered they look like triangles cut from green foam. Meanwhile, “Benchdream” and “Moonlight in Gary” traffic in Afrosurrealism. The three photos, displayed in a vertical row, are all brightly lit outdoor shots. Each shows black figures at play, or, in the case of “Benchdream,” lazily lost in their thoughts. These three works aren’t quite timeless, although each illustrates a people in conversation with the earth, deeply connected to their natural surroundings.

The photographs by Forrester, also depicting the beauty of plant life, unify the pieces throughout the gallery. Forrester takes luminous portraits of house plants, often staged in front of gold leaf motifs, but also just holding court among the ordinary. In an untitled 2017 photograph, two common house plants, a spider plant and the other possibly an orchid, sit beside a crystal on a plastic-bag-covered stool. A piece of seventies-era, paisley-patterned fabric hangs on the wall in the background. Another untitled photo consists largely of a sunspot emanating from a window in the center of the image. The backlight from the sun reveals the dark outlines of potted plants on a cluttered desk. Forrester’s work is a reminder of why we are drawn to bringing flora inside: to beautify our spaces, sure, but also to remember the wonder and the life of our environments. 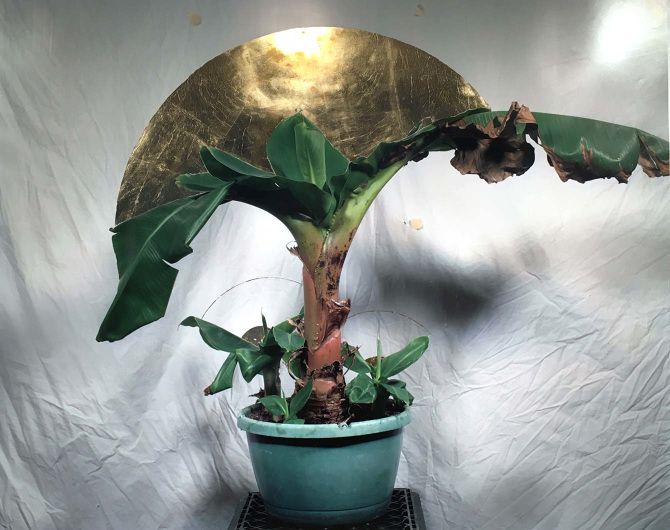 Forrester’s pieces work in tandem with the landscapes in Martin’s photos, where nature dwarfs the cars and houses of a post-colonial land. “Leaf by Leaf” makes clear that the natural world does not exist solely for capitalist consumption. As Greig quotes Walcott in the exhibition program, “Where is your tribal memory? Sirs, / in that grey vault. The sea. The sea / has locked them up. The sea is History.” (Kerry Cardoza)