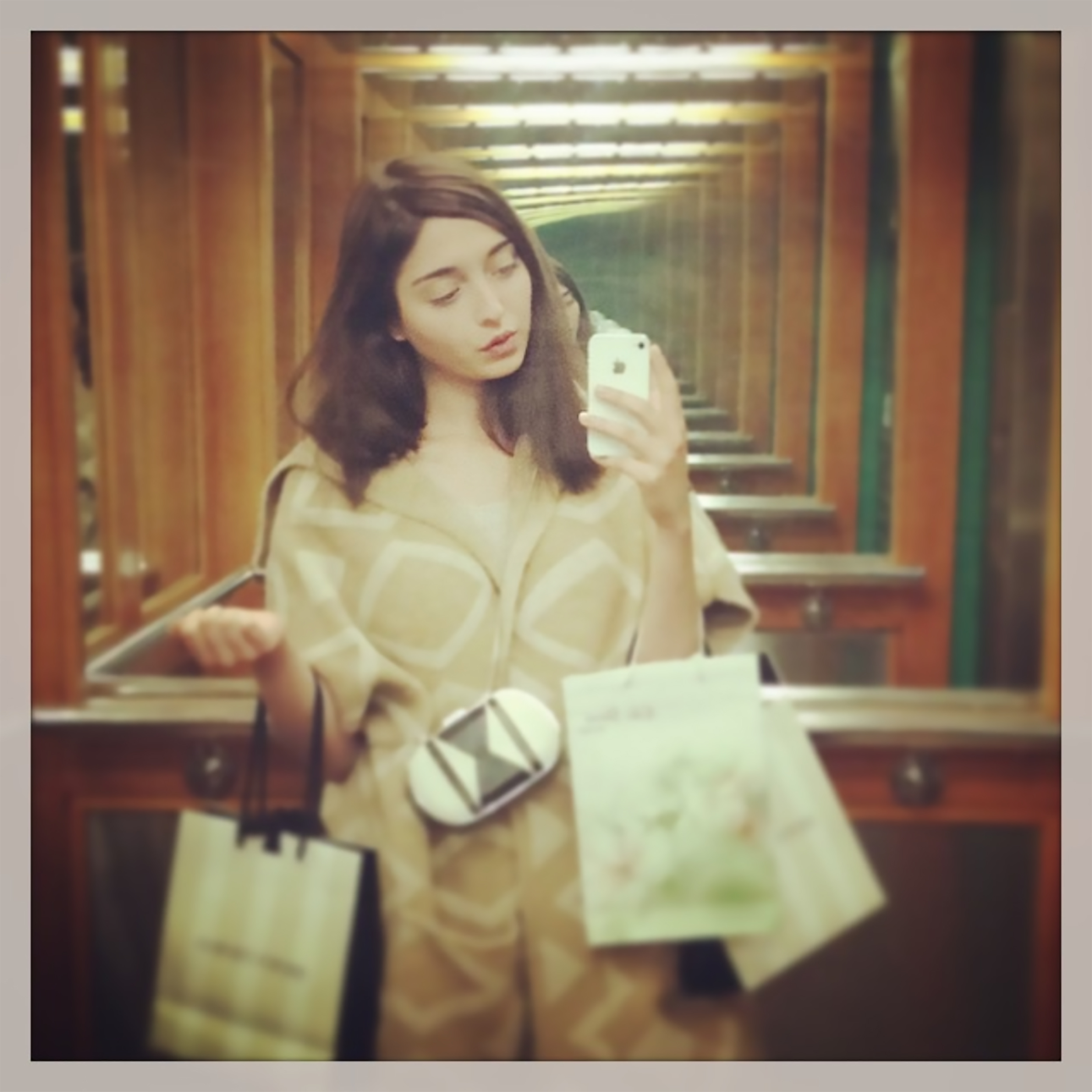 The internet has seeped into every part of our daily existence. Even when regions, spaces or communities are not part of a global network, they are still governed by networked technologies. Taking up the Museum of Contemporary Art Chicago’s largest galleries, “I Was Raised on the Internet” features photography, sculpture, virtual reality and interactive multimedia installation of more than one-hundred artworks from 1998 to the present.

Organized into five sections—“Look at Me,” “Touch Me,” “Control Me,” “Play with Me” and “Sell Me Out”—the titles of the sections reduce the subject of the internet to catchphrases while simultaneously illustrating the mass codification brought on by the internet as an increasingly rapid communication medium. “Look at Me” explores the performance of identity through social media; “Touch Me” reflects on the fluid translation from physical spaces into digital spaces; “Control Me” addresses the totalitarian application of surveillance and data collection by the nation-state; “Play with Me” features interactive technologies where the audiences’ bodily interaction serves as the key function and “Sell Me Out” focuses on brand identity, specifically corporate privatization and monetization through brand identity and marketing strategies. 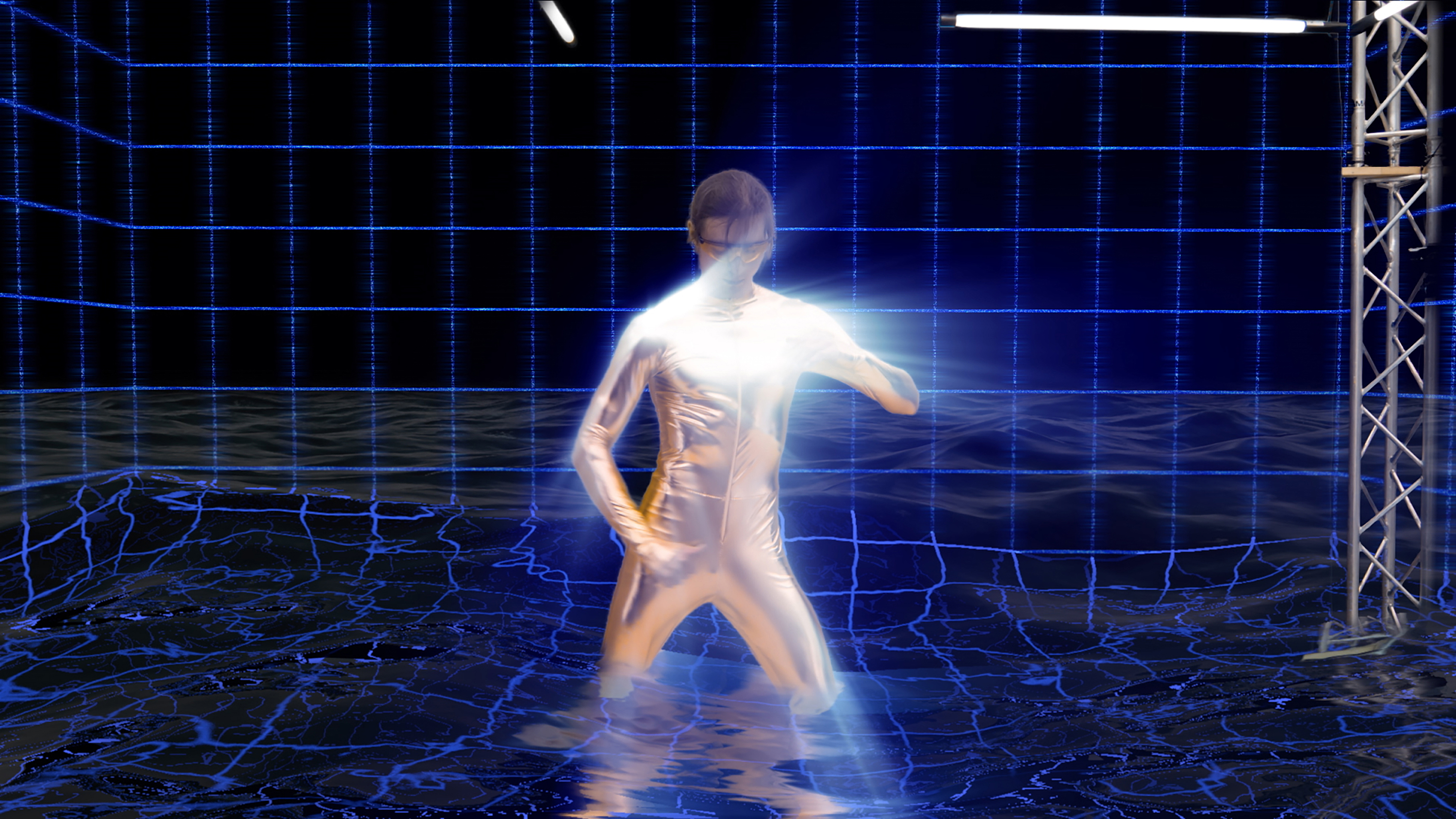 In “Sell Me Out,” Hito Steyerl’s “Factory of the Sun”(2015) is a multimedia installation which features a screening room modeled after “Tron,” the 1982 video game, the neon-blue grid defining an otherwise pitch-black space from the ceiling to the floor. Sun loungers and beach chairs face the freestanding projection architecture, lulling viewers into a sense of comfort while the twenty-three-minute video loops. The video work explores the potential offered by both invisibility and visibility by connecting the genres of news reporting, documentary film, video games and viral dance footage within the domain of the global flow of a circulated image. Steyerl has written that “cameras now ‘drain away your life… In fact, it is a misunderstanding that cameras are tools of representations; they are at present tools of disappearance.'” In the fictional game world of the “Factory of the Sun,” Deutsche Bank has sped up sun’s energy production and conducted state violence on anti-sun-accelerationist protestors. The workers are forced to create sunlight in motion-capture studios, drawing parallels between relentless capitalist production, the drudgery of neoliberal labor and those who speak out against state repression.

In “Premium Connect” (2016), Tabita Rezaire’s thirteen-minute HD video references histories of African mysticism and divination not uncommon to network infrastructures that make the present-day internet. Purple LED lights lend the HD television screen an ethereal glow, referencing a portal to another realm of being. Rezaire’s work considers the “rich history of African divination systems between the living and the dead” and casts the myriad network of tree roots as the first “internet.” In the video, mystic elders guide and question the viewer regarding commonly held beliefs regarding social networks. She asks, “how to connect to people, to oneself, to the earth, and the universe without feeling like shit?” Simultaneously, Rezaire refers to plant ancestors and adds, “plants communicate to each other. They rely on network of fungi to share energy, information and sustain themselves,” illustrating real-world networks of living organisms. What is exciting about Rezaire’s video is its ability to hold both digital and physical matter in communion without perpetuating a hierarchical model that poses nature as ancient and technology as always modern. Also included is an online platform available at a kiosk and over the internet. Among the featured work is American Artist’s A.I. chat application “Sandra Speaks” (2016), in which an imagined conversation regarding the death of Sandra Bland and American police brutality is facilitated with a chatbot of Sandra Bland. Bland was a twenty-eight-year-old African-American woman who was found dead in jail on July 13, 2015, in Waller, Texas, after three days of being imprisoned on a minor traffic violation. Her death was ruled a suicide, even though the circumstance of her passing was highly suspicious. The title references Bland’s own Facebook project where she would post reading lists of black history and videos addressing racial inequity—posts that were shared virally after her death. What happened to Sandra Bland? This question makes visible America’s vicious and racist history with police brutality and disregard for black lives.

“I Was Raised on the Internet” poses the question of the internet not just as a communication medium where social media, virtual identities and corporate control take hold, but as an infrastructure that constitutes a whole new reality. The legacy of the internet’s early days as a military tool invented by DARPA remains with the ever-present nationalized surveillance of citizens. However, during the MCA’s massive exhibition, viewers are able to chart and experience the internet’s evolution through art and imagine the possibility of more fluid communication media. (Hiba Ali)

“I Was Raised On the Internet” shows through October 14 at the Museum of Contemporary Art, 220 East Chicago.