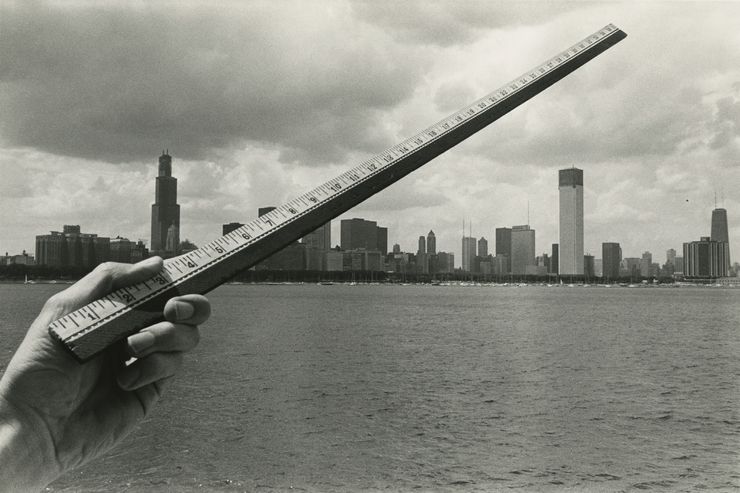 Chicago-based photographer Kenneth Josephson has had a long and highly influential career. A first-generation graduate of the Illinois Institute of Design, Josephson’s work emphasizes the photograph as a made object in playful and witty style. “Picture Fiction: Kenneth Josephson and Contemporary Photography,” the exhibition at the Museum of Contemporary Art Chicago, gives a brief overview of Josephson’s career and a broad view of his stylistic peers and inheritors.

Mounted in one of the museum’s large ground-floor galleries, the exhibition is an illusion like a Josephson photo. What you think you’re seeing at first is not what you find as you look more closely. On entering the gallery space, a small section is walled off and painted grey. On display is a brief but varied selection of Josephson’s work that covers his stylistic repetitions, references to photo history and photographic experiments. There is a good selection of pieces from his best-known “images within images” and his archaeological series. A vitrine contains a stack of photo paper that Josephson drilled into through the box it was sold in and then marked with a light source, the box that contained the paper and photos documenting this experiment in photography as a medium that records light. 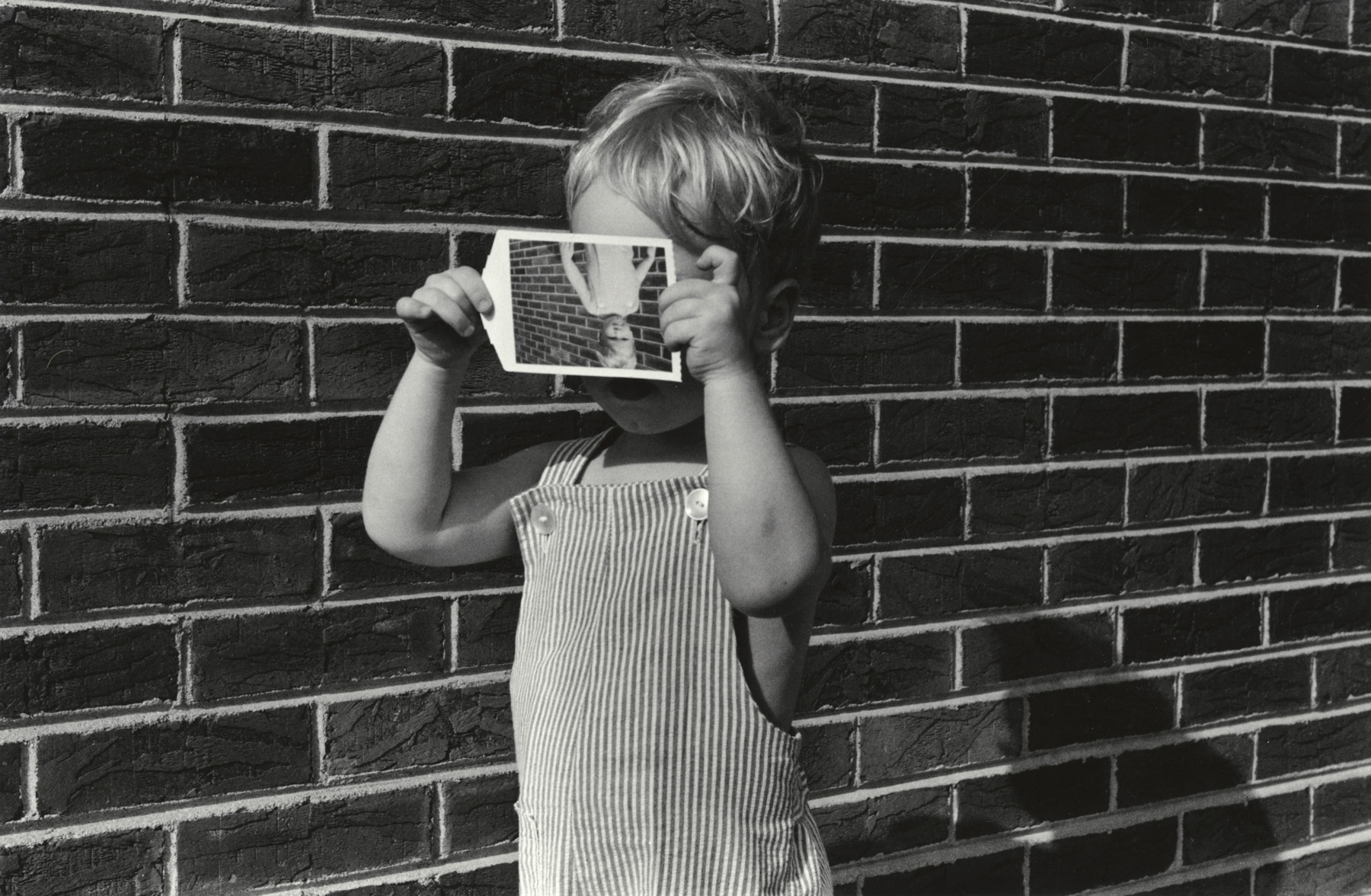 Beyond this space, the gallery opens up stark white and with a range of works by contemporary photographers who experiment and manipulate photography to its fullest in ways that echo, are reminiscent of or use similar techniques to Josephson. A small table in the center of the main gallery has copies of books on Josephson for visitors to read and several tablets set to the Tumblr page “Dear Photograph.” This Tumblr blog posts pictures people submit of recently taken photos of themselves holding up an older photo taken in that same location in the foreground and write a message to the photo about what the content of the image means to them. This is one example of the vast and popular influence of Josephson’s style. Few of the people submitting to this Tumblr likely are aware that they are following Josephson’s lead, but recognize his way of making images. The curatorial choice to place the screen showing Jimmy Robert’s video “Untitled (Folding 2)” 2012 on the floor causes the viewer’s shadow to fall over the piece mimicking one of Josephson’s methods for inserting himself into a photo—a nice touch. While several of the photographers in the show reference Josephson’s oeuvre more directly, the visual punning and humor of Marlo Pascual’s “Untitled” (2010) seem most in line with Josephson’s style and rounds out the exhibit nicely. (Alisa Swindell)