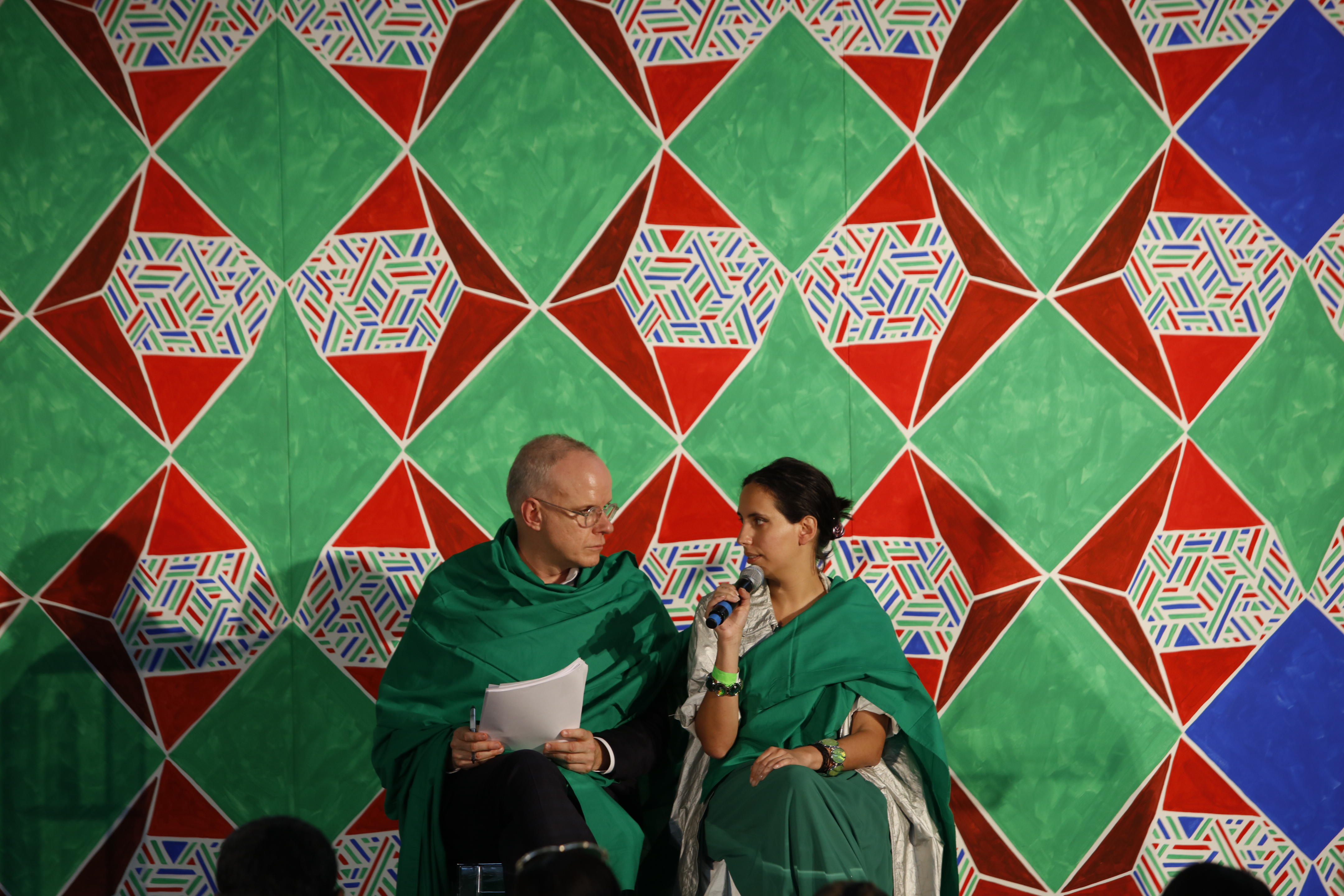 Conversation among artists, curators or writers is much more than a linguistic exercise or tit-for-tat. Dialogues are exchanges, a “trading of fours” that can be likened to a rap battle. As the battle progresses and one MC presents an idea to the other, the verses grow bolder and more extravagant with each response. Although verbal sparring partners focus intently on the content of their verses—syntax, pacing, the cleverness of the rhyme—they always give attention to presentation and delivery. The battle—a dramatized conversation—is after all, essentially a performance.

Since the early 2000s, Hans Ulrich Obrist has been interviewing artists and organizing “Interview Marathons,” in which artists, curators, collectors, historians, writers, designers and other interested parties hold a series of conversations for an extended period, much like a durational performance. Presented by the Chicago Humanities Festival as part of Art Design Chicago and in collaboration with EXPO Chicago 2018, Obrist’s first U.S. iteration of the event, dubbed “Creative Chicago,” seeks to reveal the sparks and synergies that make Chicago a center for a broad range of creative activity. 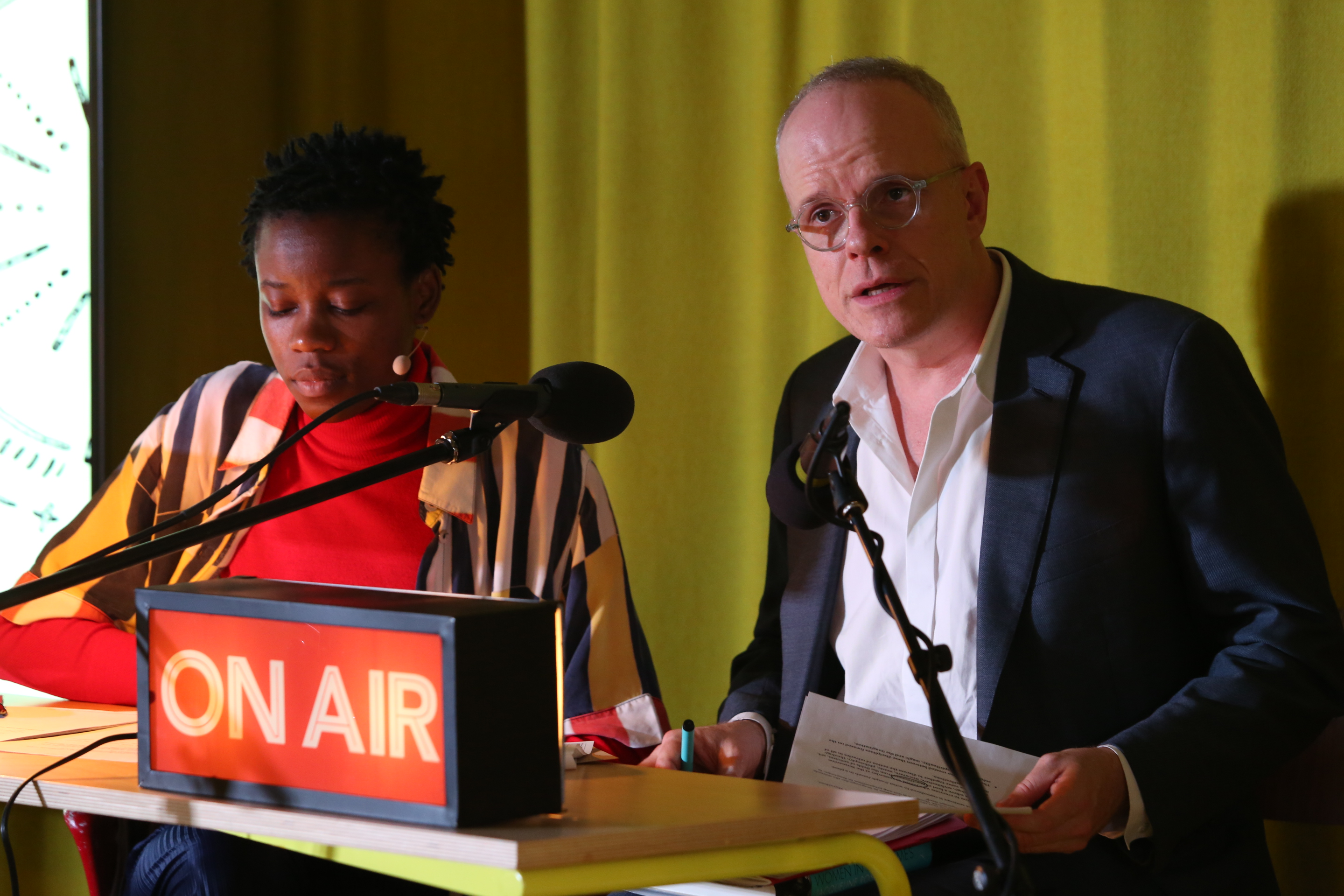 Shortly after becoming co-director of the Serpentine Galleries in 2006, Obrist hosted his first Interview Marathon, resulting in a twenty-four-hour exploration of art through conversation. While “Creative Chicago” will not mirror the twenty-four-hour marathons Obrist hosted in the past, the four-hour block will surely reveal surprising insight and candor for participants and audience members alike.

Stories are intimately tied to the people we encounter and the relationships we have to them, and as a young curator Obrist intuited this, using artist visits as a way to generate and explore exhibition ideas. When meeting with an artist at the studio wasn’t possible, Obrist embraced a flexibility that allowed him to expand the possibilities for where conversations on art-making could occur. He discovered that he liked the informality that meeting outside of the studio—at a café, on a neighborhood walk, in line at the airport, riding in a taxi—often provided. For his first recorded interviews, Obrist used audio recorders, then switched to digital as technology improved in the mid-1990s. His “Interviews Volume 1,” published in 2003, is a 500-page tome that only begins to scratch the surface of the scope and ambition of the interview project; as conversations have become central to his curatorial research and methodology, Obrist has amassed more than 1,600 recorded and transcribed interviews over the years. 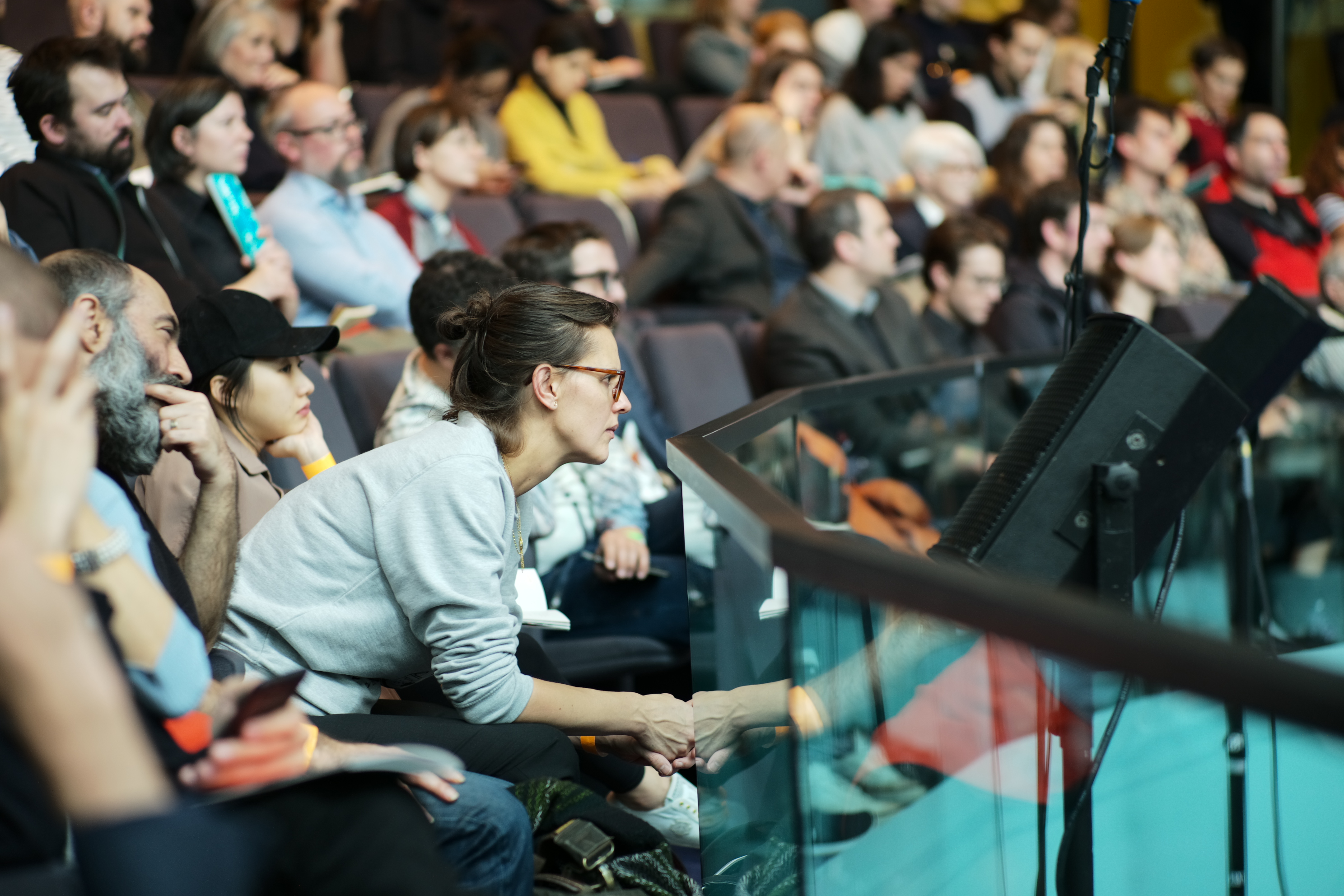 Obrist curates his Interview Marathons and conversations through choice of artistic collaborators such as Rem Koolhaas and Olafur Eliasson, as well as artists, which have included Yoko Ono, Jonas Mekas, Zaha Hadid. But the experience is equally shaped by the space where the conversations are held and the community that engages the event. During a 2013 visit to MoMA PS1 for an event related to his recently published compendium “Do It,” a belligerent Clifford Owens entered PS1’s giant performance dome, interrupting Obrist’s chat in an effort to get a rise out of Lawrence Weiner until a group of fellow artists and collectors in attendance—including Agnes Gund—carried Owens outside to the bar across the street. A slightly unnerved Obrist quickly moved past the disruption, shifting gears to carry on a conversation with Lawrence Weiner.

In her 1993 volume “Unmarked: The Politics of Performance,” scholar Peggy Phelan suggests that performance is a reflection of lived experience, with the audience that witnesses the event looking into “life’s mirror” and inevitably seeing their own reflection. Through conversation, we witness a kind of reflection, too, one that reveals an unfiltered view of experience. Obrist’s Interview Marathons allow those who converge within the multiple intersections of creativity to offer a first-person account of what motivates and inspires their work and process, demystifying an often hazy and mushy notion. A spirited tête-à-tête seems to be a good place to start.