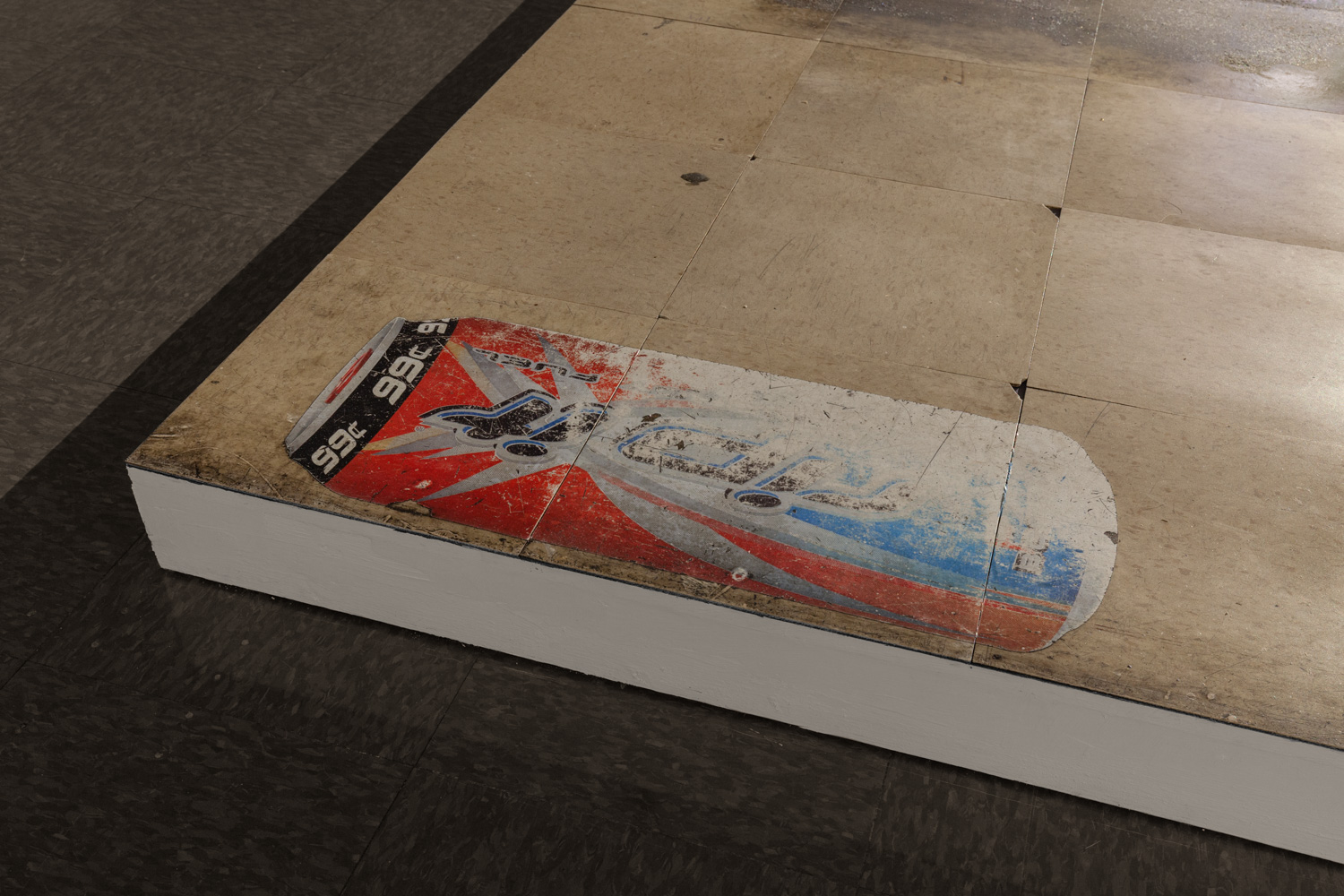 The economic underbelly of neoliberal life is on display in Shadi Habib Allah’s exhibition at the Renaissance Society, most prominently in the work “70 Days Behind Inventory.” Taking up the central space of the gallery, it consists of the scuffed and marked vinyl tiles that once covered the floor of a Miami corner store. You can easily make out where shelving units once stood. Many of the other works in the show try to populate this space of labor and commerce, from lightbox prints depicting ad hoc accounting scrawls that ostensibly keep track of illicit transactions at similar corner stores, to a video piece shot in an auto shop that features two workers trying, somewhat bemusedly, to outfit the artist’s camera with a streamlined shell. 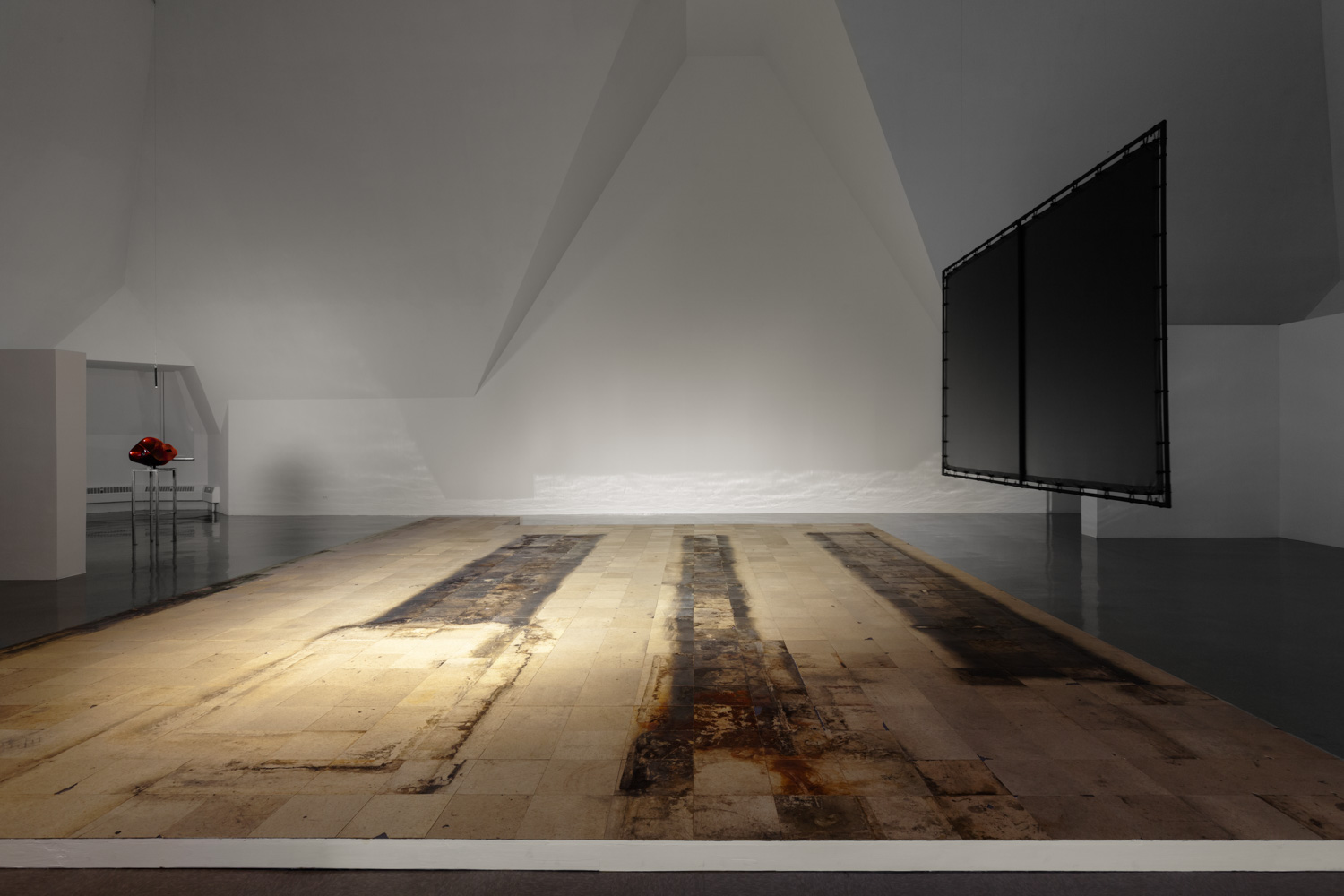 But the floor piece is undoubtedly the center around which the show orbits. It puts me in mind of Walter Benn Michaels’ labored analysis of Viktoria Binschtok’s photographs of unemployment offices in her series, “Die Abwesenheit der Antragsteller,” which for all its Friedian preoccupations is one of the best recent accounts of form and politics. Why, Michaels queried, did the artist dilate on the stained, worn walls of these offices rather than the beaten-down poor who filled unemployment queues in the seminal Depression-era photographs made by Margaret Bourke White? Because she aimed to show “neither a group of people nor a social class but a mechanism—the ‘pivot’—that helps make the class system work.” People distract us from problems. By analogy, we might say that the marks littering Habib Allah’s corner-store floor function as traces not of the individual immigrants, workers and poor customers of Liberty City, Miami but rather of the structures that class people as immigrants, constrain them as workers, and secure inequality. 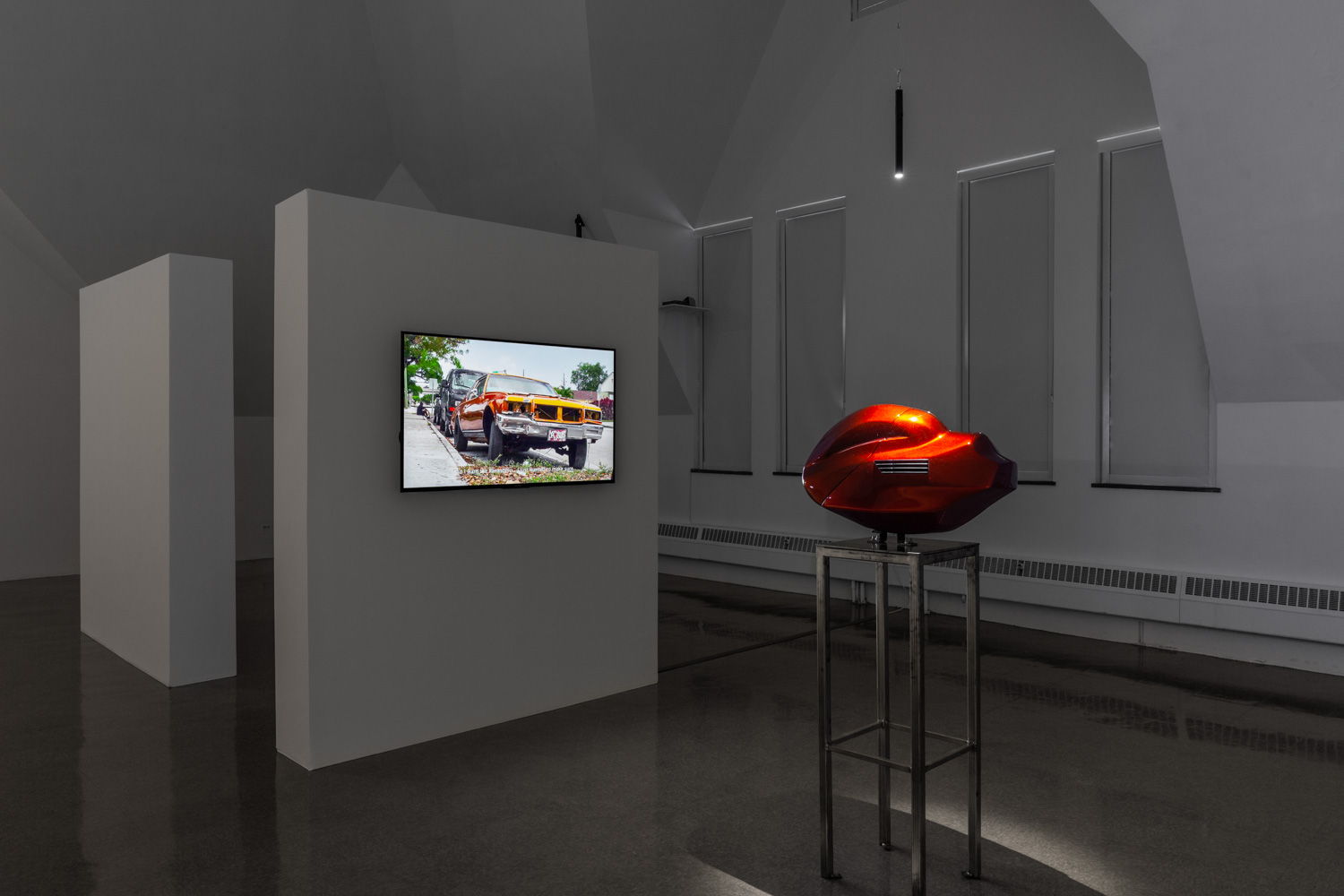 Similar thoughts probably lie behind the accounting photographs which refer to customers by pseudonyms (“Mamagirl”) and pair a secretive form of local knowledge (designed to baffle the government agent intent on hunting down EBT fraud) with the globally comprehensible language of monetary transaction. “I’m not trying to make a portrait of a specific community,” the artist remarked in a recent interview. The capitalist system of exchange appears foundational, perhaps even resplendent in a stripped-down, free-market form that would delight armchair libertarians, even as the images also record the evasive maneuvers that its victims have to practice in order to survive. For all their studied ambiguity, for all their seeming equivocation, Habib Allah’s objects build a case for the political work of art in the vein of Binschtok. (Luke A. Fidler)