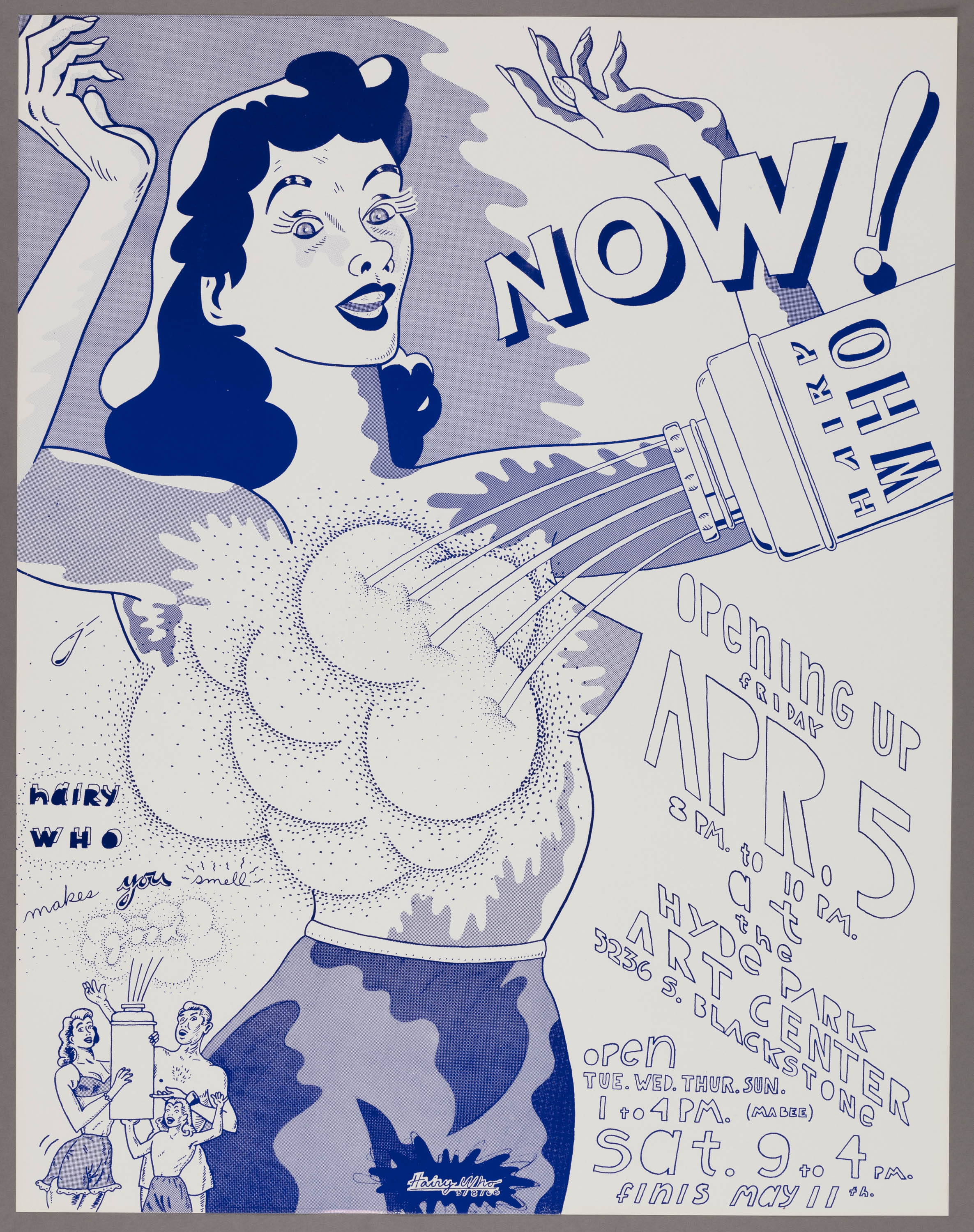 How do the late 1960s feel in 2018? The temperature on the 1960s runs hot and cold, overly winsome and unfairly damning, a legacy that finds Bob Dylan with a Nobel Prize and the rest of us scratching our heads to figure it out. American art of the 1960s doesn’t fare historically much better, with its espoused creative freedoms a real burden for aesthetes, or full of emancipatory promises that once commented on but eventually became a kind of currency (and poor psychedelic art, it could never escape the shadow of its own time). The late sixties were full of imagery derived from popular culture, crudely printed narrative eschewing comic books, bright, sometimes garish colors, and lots of gratuitous nudity. 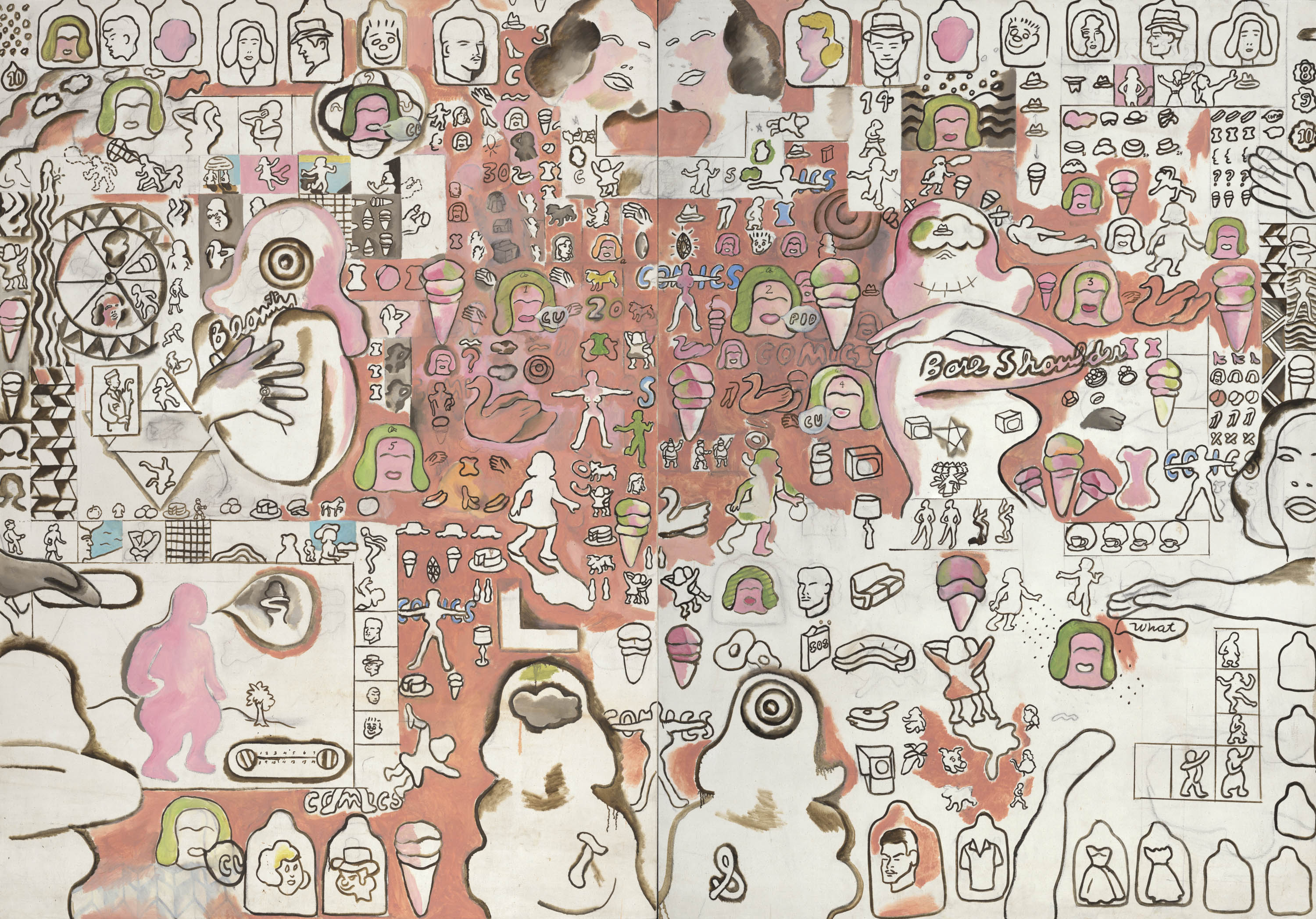 All of these things are wholly present on high adrenaline at the Art Institute’s massive new exhibition, “Hairy Who? 1966-69.” Despite the aesthetic hallmarks of the Age of Aquarius, these works done under the collective name of Hairy Who—Jim Falconer, Art Green, Gladys Nilsson, Jim Nutt, Suellen Rocca and Karl Wirsum—feel as strange and fresh today as they did when they were made. The paintings, comics, drawings, sculptures, objects, collages and prints all feature some of the best figurative abject scuzz that was ever put on a surface. The painted faces done by Falconer and Wirsum look like technicolor migraine patterns, oozing (and in some cases literally glittering) at the viewer; the severed extremities that fitfully bounce around the litter of incomprehensible glyphs in Rocca and Green’s paintings and drawings; the human figure transforms into a kind of Max Fleischer Play-Dough in the almost psychedelic works of Nutt and Nilsson. When all brought into the same room, they are as brutal in their abjectness as they are beautiful in their craft.

If the images weren’t saying enough visually, the surfeit of included puns, double entendres, exclamations, proclamations, malapropisms and rebus puzzles give these works another layer for the viewer to work through, a vernacular that would delight any real art cryptographer. This is a group of artists not only developing a bizarre visual language, but a kind of poetry that’s derived from the old art-historical verbiage of Pop yet of its own strange lexicon. For the most part, this language revels in play, challenging any critical attempt at communication with their empty comic-book clouds, and splashes of “wow” and “no.” 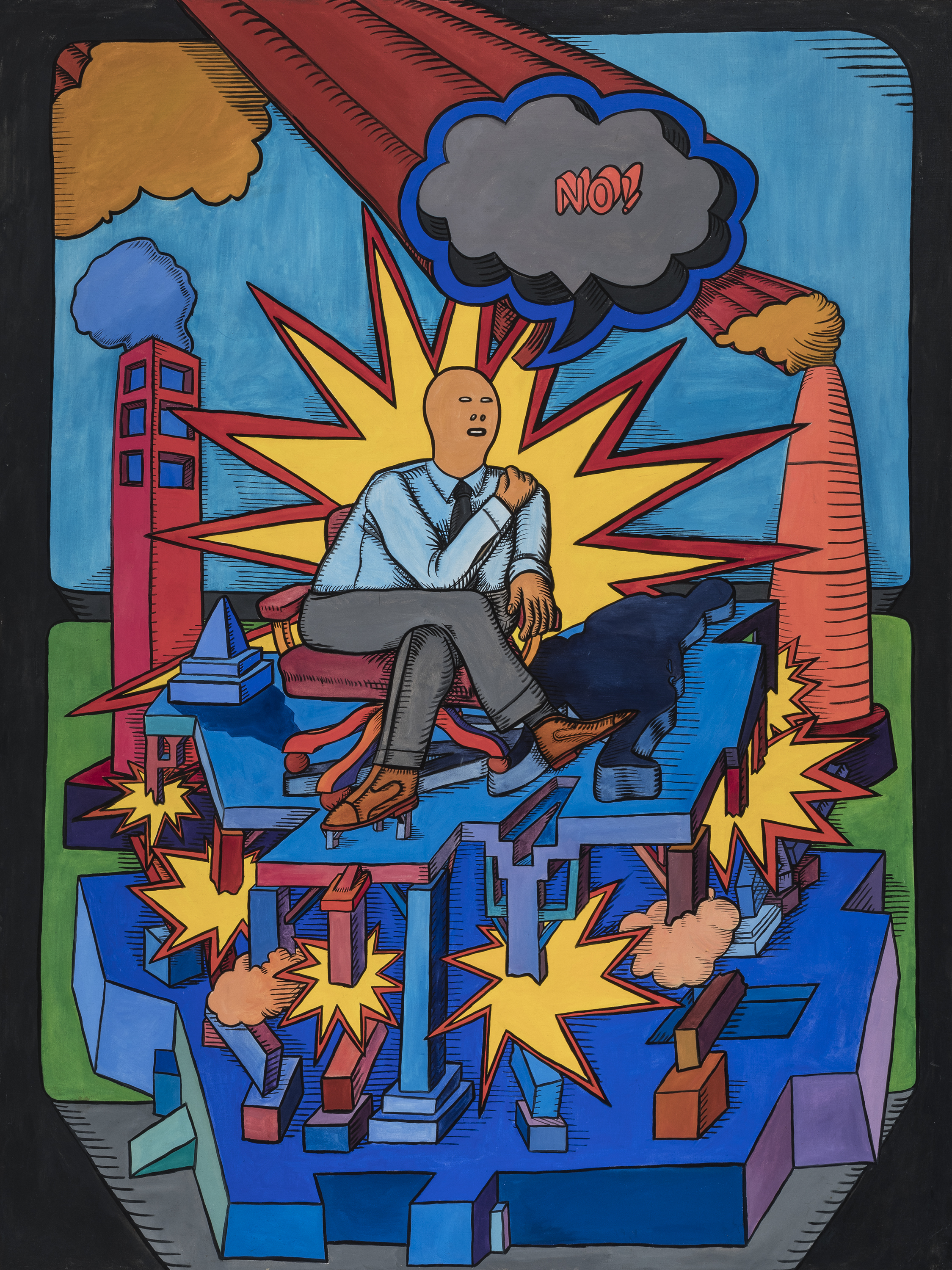 Looking at the “1966-69” in the show’s title, we might think of this show as some kind of throwback, and indeed there are plenty of markers present in this exhibition that speak to this group’s unique position in the more (surprisingly) conservative Chicago during this period (one need only look at the police presence at the 1968 Democratic Convention) as opposed to its more raucous coastal neighbors. However, the work in this show speaks to a 1960s custom that gets too short a shrift in contemporary art-historical conversation: the notion of riskiness, of attempting something so wild and hairy (excuse the pun) that it almost doesn’t make any sense. That these works in smaller spaces on two floors can be more uncomfortable, hilarious, daring and baffling than the entirety of an international art showcase that takes up the whole of Navy Pier is a testament not only to the spirit of the 1960s, but what’s missing in contemporary art today. That big question mark that follows “Hairy Who” in this exhibition’s title isn’t just inviting us to come and consider this group of consummate weirdos, but asks us to wonder where they went, and maybe with that question comes some new thinking of how we might ever reach their level again. (Chris Reeves)