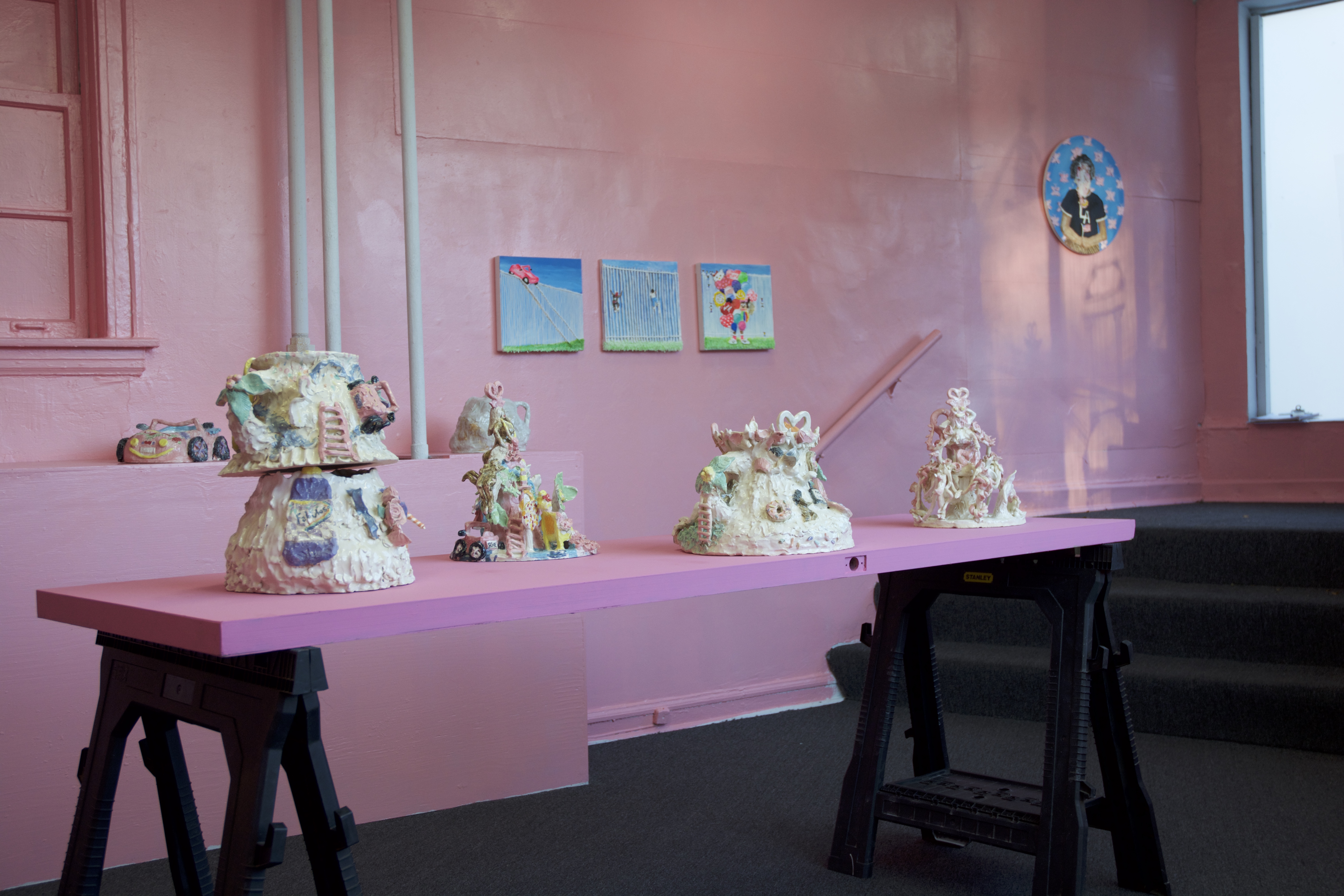 Yvette Mayorga’s distinctive visual style of installation uses frosting—or acrylic that is piped to give the appearance of frosting—to build lands of confection populated with personal objects. “Pastillage,” her solo show at Roman Susan, includes elements that have become a part of her signature: a “Hello Kitty” color palette, garlands of petals and leaves piped directly onto the walls and luxury branding (sometimes literally, as in the case of a Nike swoosh marked on a bare bum).


In past installations, Mayorga’s frosting made stark the difference between the perception of American prosperity and the reality of violent policing of immigrants at the border. “Pastillage” continues to explore the American Dream as her works dramatize excess and question access. Gendered colors, labor and signifiers of luxury are pushed to their most luscious and vivid extreme as a way to undermine the oppressive structures that created them. The show also continues her consideration of the formation of Mexican-American identities, but new works complicate past ideas on self-creation and agency. 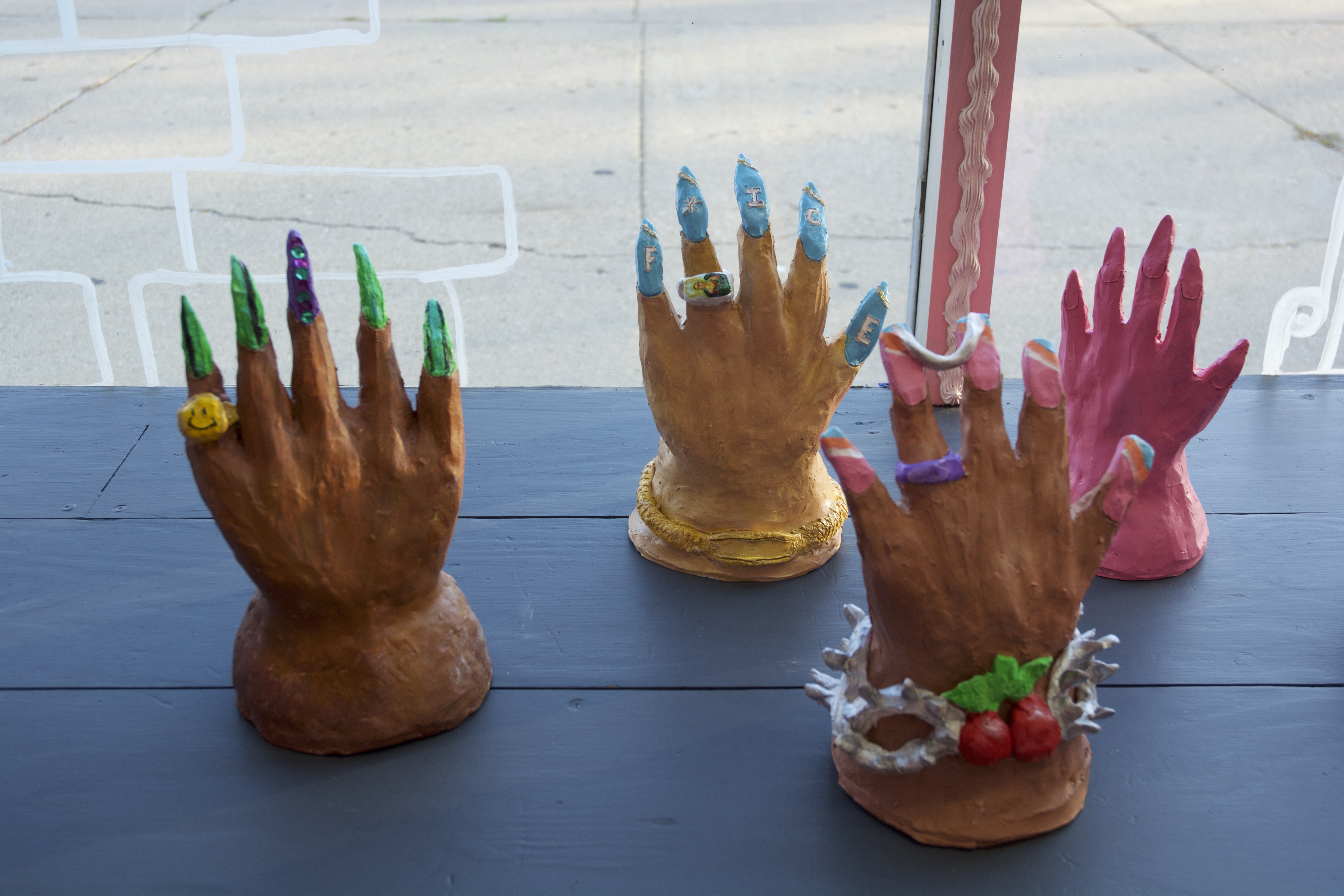 For Mayorga, a three-tiered cake is a portrait. Cake decorating is both a staple of her childhood and a method to create her current work. Pastillage, a type of sugary icing, requires hand-crafting. As one molds, imprints and sculpts, pastillage lends an element of control that other consistencies cannot. Considering the formation of self, multinational identity is not only impressed upon by the surrounding American culture, or developed through Mexican tradition and influence, but is continuously folded and blended and reconstructed upon the agent’s own volition.

In a response to the American sociopolitical climate, Mayorga offers “Protest Fingers” as new works. These ceramic hands display the creativity and self-expression that is nail art. One hand holds the very direct message of “F * ICE” on its stiletto-shaped nail beds. Another has “BYE” tattooed on the fingers underneath a Gucci Glam on the nails. Aspirational luxury and political opinion meet in a complicated moment of self-creation. 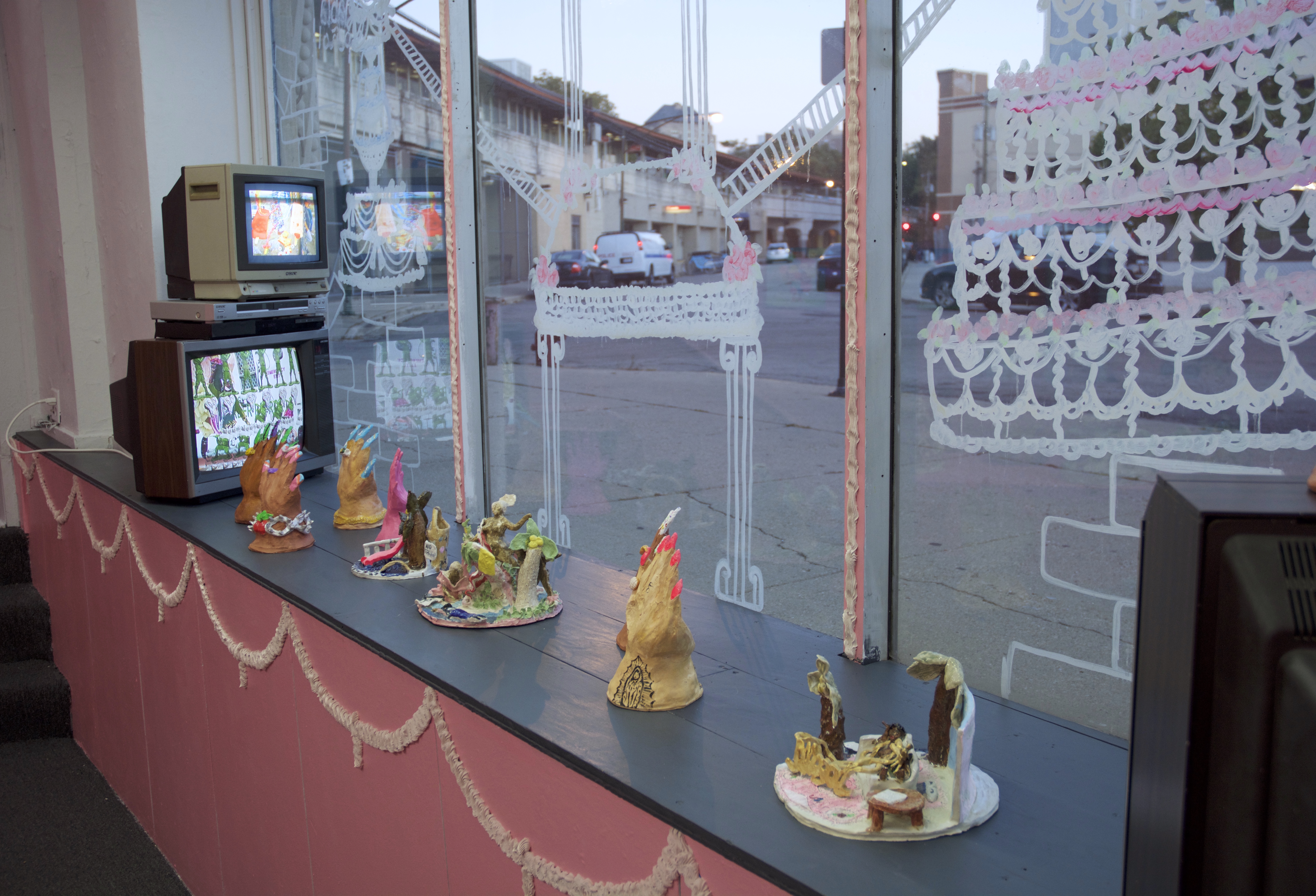 Perhaps manicured nails are thought superficial and high-maintenance and nail salons to be traditionally feminine and frivolous. But even if those judgments are wholly true, for Mayorga, those characteristics are not to be thought of as mutually exclusive from direct engagement and critical commentary. In times when social, economic, and political precariousness presses down on the individual, “Protest Fingers” is a reminder that there is still potential for self-constitution and protest, even in the smallest of forms.

Although the installation of “Pastillage” appears similar to what we have seen before from Mayorga, over time she has developed a meaningful conversation concerning politics and identity, and, with the addition of new works like “Protest Fingers,” how she has the ability to contribute to it in the future.

This exhibition has been organized in partnership with ACRE—Artists’ Cooperative Residency and Exhibitions. Yvette Mayorga’s “Pastillage” shows through November 10 at Roman Susan, 1224 West Loyola.