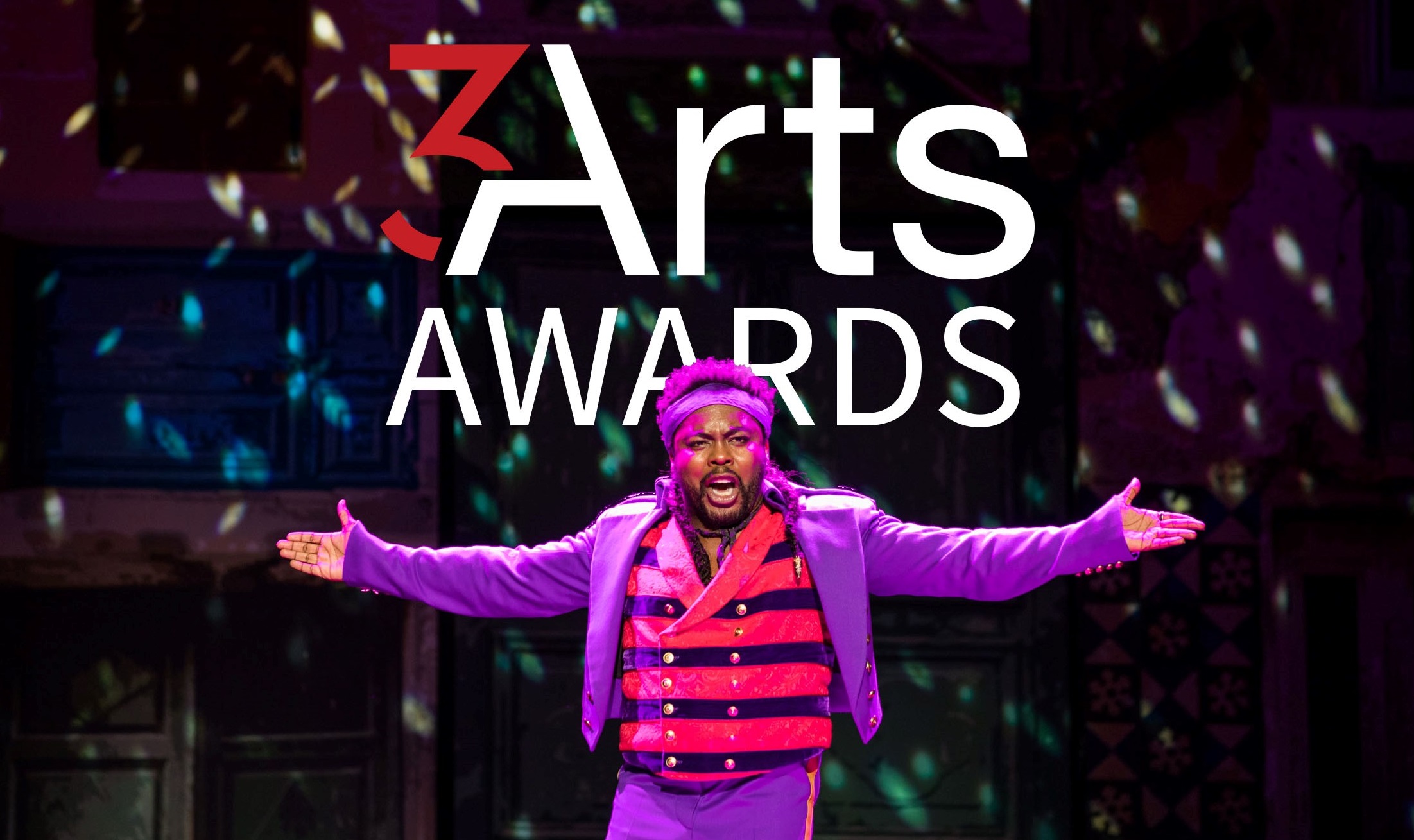 2017 3Arts Awardee Will Liverman performs at the 2018 award ceremony

In ancient Egypt, mummification was considered integral to the afterlife, a way to ensure the soul’s postmortem journey. The mummified body was thought to be the home of the soul, a safe haven for the spirit to return to after death, until the two finally unify for the hereafter. Preserving the body for eternal life was an elaborate process that began with the evisceration of the body, followed by the elimination of all moisture and wrapping with long strips of linen, during which all internal organs were removed—except the heart. For the ancient Egyptians, it was the heart, rather than the brain—which was tossed away after it was removed with a hooked instrument through the corpse’s nose—which was regarded as the organ of reasoning—the center of emotion and intelligence.

After a firsthand look at two Egyptian mummies in San Francisco, Esther Grisham Grimm, executive director of 3Arts, shares insights from her experience during the organization’s eleventh annual Awards. (3Arts is a nonprofit organization that advocates for Chicago women artists, artists of color, and artists with disabilities living in the six-county metropolitan area and working in the performing, teaching and visual arts.) After she talks about well-preserved bodies, dead for thousands of years and the cornerstone beliefs of Egyptian religion that deemed the heart as a source of human wisdom, Grisham Grimm asks, “What does all of that have to do with 3Arts and the artists we support? This heart of ours is the place that, poetically speaking at least, holds our courage, conscience and care, our hopes, dreams and fire.” 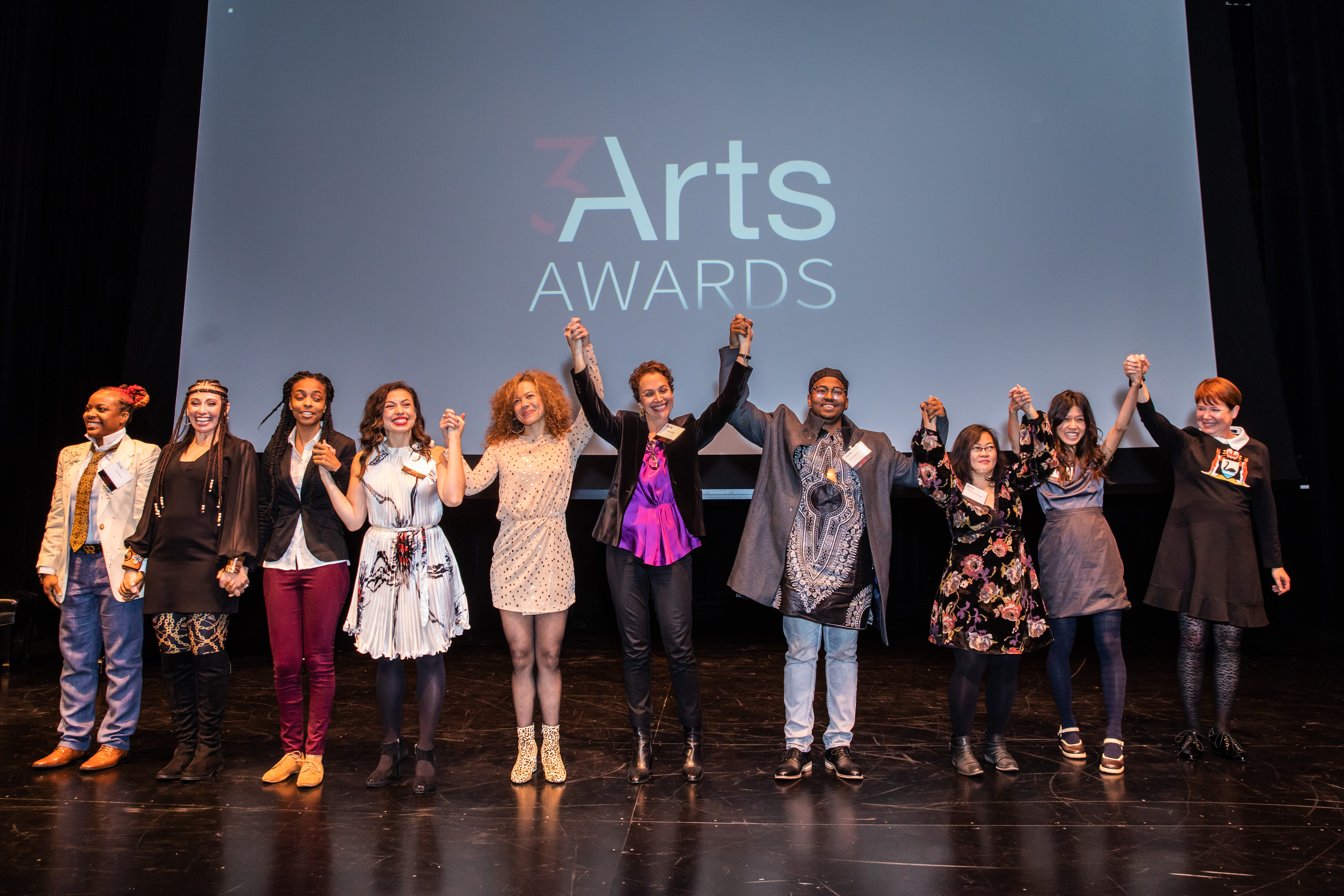 “George Sand wrote, ‘The artist vocation is to send light into the human heart,’” Grimm says. “When the path gets steep and unstable, art does carry a kind of light. Even at its most rousing, confrontational and vexing—perhaps when it is all of that—art can level our road and point us to the right direction. It has the ability to revert us to ourself, to connect us with each other over great divides, and as is true of all good heralds, provide a cautionary note about who we are now while offering the promise of what might be.”

Providing project funding, residency fellowships, cash awards and promotion, 3Arts has worked to change the narrative in Chicago for more than a decade. They have helped artists sustain inspiration, take risks, experiment with creativity, expand horizons and have their work recognized as part of the city’s diverse cultural conversation. 3Arts believes in creativity, diversity and community. Their commitment to supporting local arts extends from recognition and validation, to professional development and promotion, to residency fellowships and project support. There are also wards and unrestricted cash grants, like Make a Wave, “an unprecedented artist-to-artist giving program in which the previous year’s 3Arts awardees select ten artists, who they know are making compelling and beautiful work in communities across our city, to receive surprise $1,000 awards,” Grisham Grimm says. “This is designed to help artists build momentum in their careers,”  prompting them to focus on their creative process. 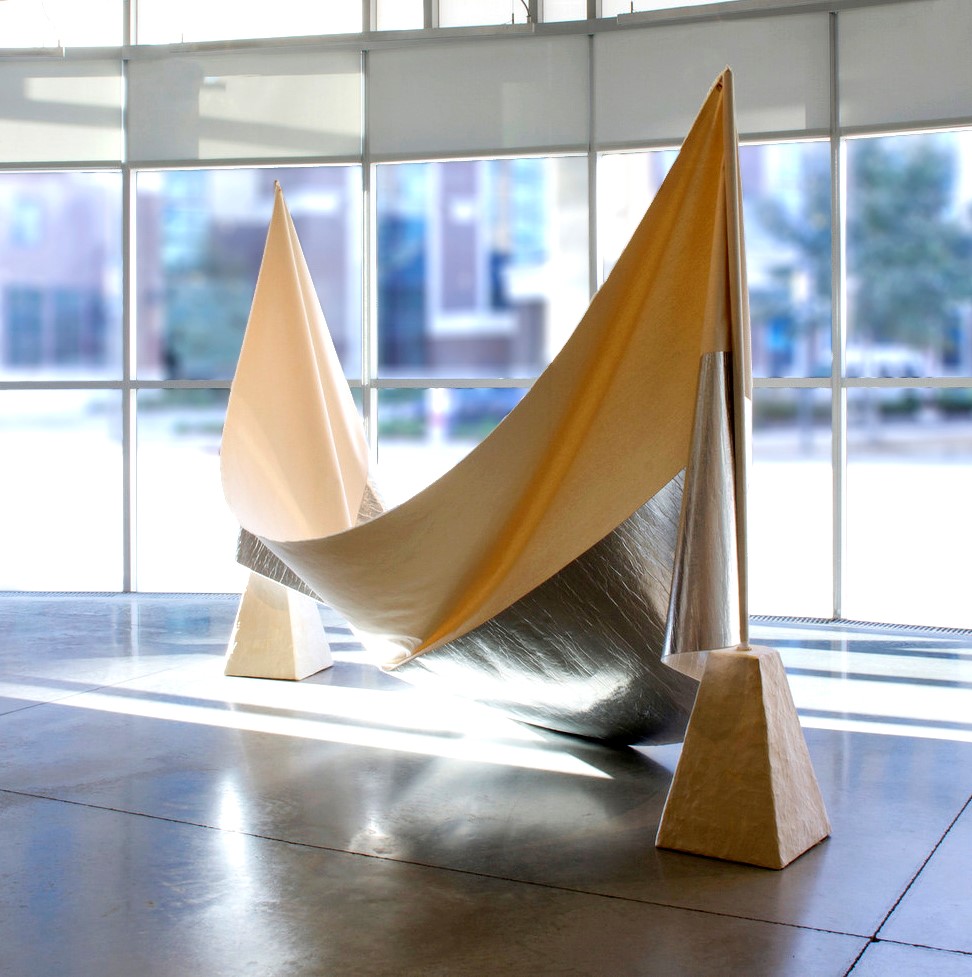 Between compelling performances from 2015 awardee Kris Lenzo, who made a transition to dance after more than two decades as a wheelchair athlete, and 2017 awardee baritone Will Liverman, who has debuted in opera houses across the world, each one of this year’s ten awardees, whether under-recognized, under-funded or undervalued, describe how 3Arts, and unrestricted $25,000 awards make a big difference: one wave at a time.

“The work I create digs into the depth of who I am, how I see myself and other women, the stories that we share, the trauma that we go through,” says drummer, dancer and teacher T. Ayo Alston, who practices a signature theatrical style of West African drum and dance culture reflecting the strength and power of women within a community.

“I write because I want to connect people,”says Sandra Delgado, the Colombian-American playwright and actor behind “La Havana Madrid,” a Teatro Vista production at both the Goodman Theatre and Steppenwolf Theatre Company that explores the different shades of what Latinidad means. “I started it as a way to uncover my own history, my family’s history and it snowballed into uncovering Chicago’s histories.”

“I found the most satisfaction working with high school-aged youth,” says Mexican-American street dance professional Leida “Lady Sol” Garcia. “I made a decision to stay at Little Village High School for twelve years—that was the longest residency I’ve ever held.” Brittany “BrittanE” Edwards, a daughter of a minister, grew up seeing the influence music had on people. Now she seeks to change lives through rapping, singing and producing her own. Visual artist Dianna Frid, makes drawings, sculptures and installations at the intersections of material text and textile.

Ben LaMar Gay, musician and storyteller, produces electro-acoustic collages to bring folktales and traditions forward. “There’s something about it,” he says of the diddley bow, a single-stringed American instrument which influenced the development of the blues sound. “Most cultures have a one-string instrument. Having one string is just like having one idea: You have all you need.” 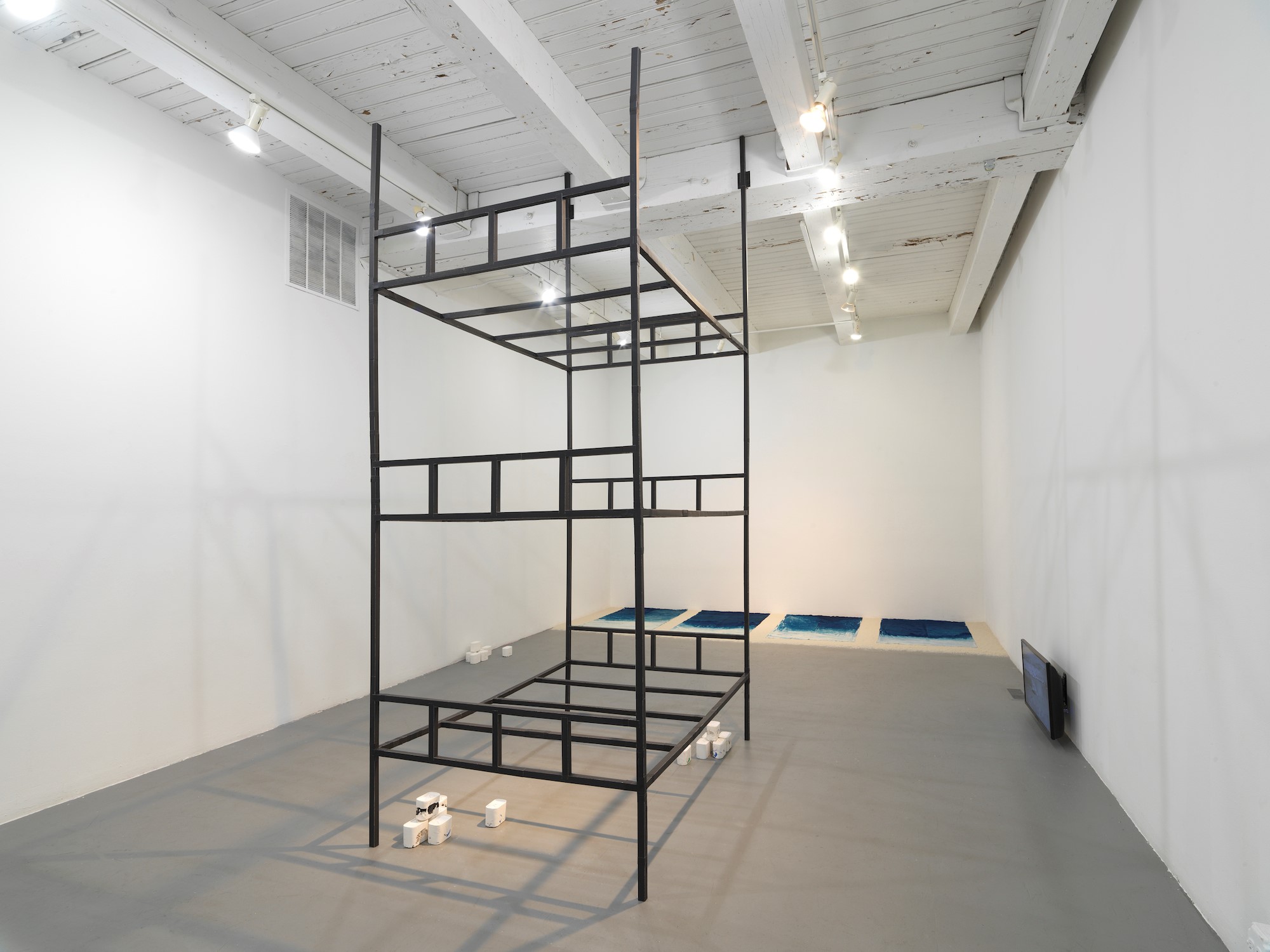 Interdisciplinary artist Huong Ngô says her work is meant “to make visible things that are rendered invisible.” “I grew up with really, really strong women,” she says. “That’s not the typical way Asian women are represented—they’re usually represented as weak,” she says. “I think of my work as a form of activism as it’s often coming out of my personal history growing up in a family of refugees.”

Christine Pascual explains the inner workings and stories behind costume design as she advocates for a theater community that tells the stories of all Americans. Illustrator, graphic artist and educator Elgin Bokari T. Smith has taught visual arts and creative writing at the Cook County Juvenile Temporary Detention Center. “Sometimes there’s not a lot of hope when working with young people who are in conflict with the law, because they spend all their time being taught that they are criminals,” he says. “In most class situations, the first thing all kids, for the most part, are gonna do is say ‘I don’t do that.’ But what they mean is ‘I don’t see people that look like me doing that,’ or ‘I’m not good enough to produce something that looks like that so thus I’m not gonna try.’ My idea is to get them to try.”

Anna Martine Whitehead is an interdisciplinary movement artist and choreographer, but didn’t grow up with dance training. “I grew up dancing at parties!” she says, explaining that the movement work starts internally. “I teach dance at Stateville Prison working with the Prison + Neighborhood Arts Project. We’re trying to figure out how being in our bodies can help us get free of this place.” Whitehead has learned a lot from her students, including survival, faith and hope: “It pulled me out of something and pushed me toward something else that feels very important to who I am right now.” 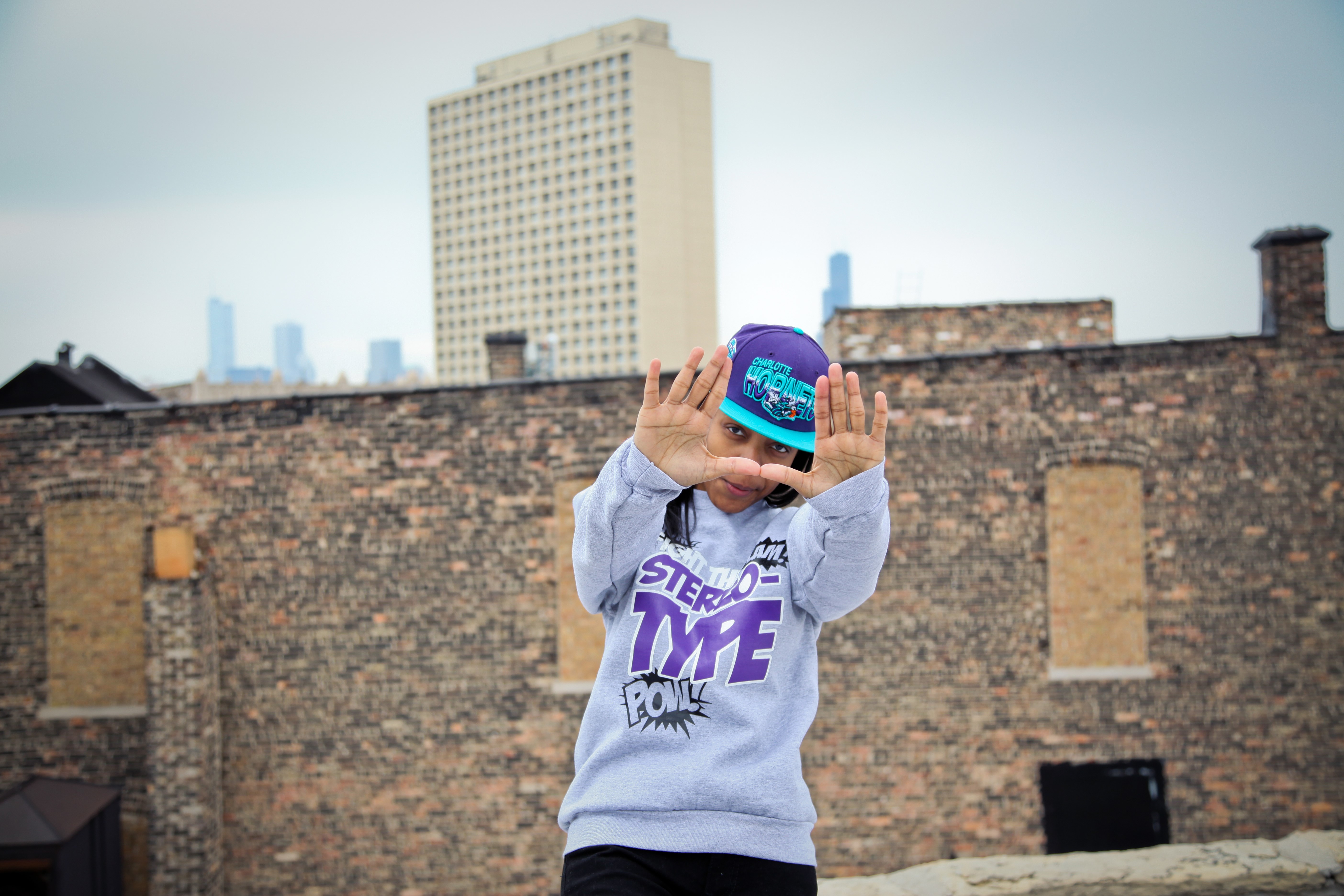 Whether an artist uses the award to pay off debt, purchase equipment, hire collaborators, produce work, or fix a car—as singer, songwriter and 2016 awardee Jess Godwin of Shameless joked—planning for the future is a draining task. (Shameless is a collaborative performance and  songwriting workshop to help Chicago Public School students find empowerment through their self-image.) But 3Arts doesn’t stop there. They treat their artists as family for years to come, tending to diverse needs—advising, financial management, crowdfunding or dreaming big about the future.

Grisham Grimm, whose work spans museum education, arts education and philanthropy, looks toward the long path to a bright future of the arts, always providing a ray of hope. “I know I don’t have to tell anyone that this is a rickety, harrowing time we’re living in, when hate has come out of its hiding place with a decibel [level] that is hard to tamp down,” she says. “And now too, despite the fact that our sector hoists humanity on our shoulders, the arts are under fire again and face alarming funding cuts at both the local and national levels. Who knows if we will be able to propel a turning of the tide in our lifetimes? I sure don’t, but who knows? But that must not stop us from trying. If we are lucky and if we activate our courage and use our heart, we might just be able to lob a very hopeful ball into the future for the next generation to hit home,” she says. “With all that is afoot, I cannot let go unspoken our organization’s belief that there’s nothing more worth upholding in this moment, or in any, than our creative center and our collective heart. The alternative, as the ancient Egyptians knew, is oblivion.”